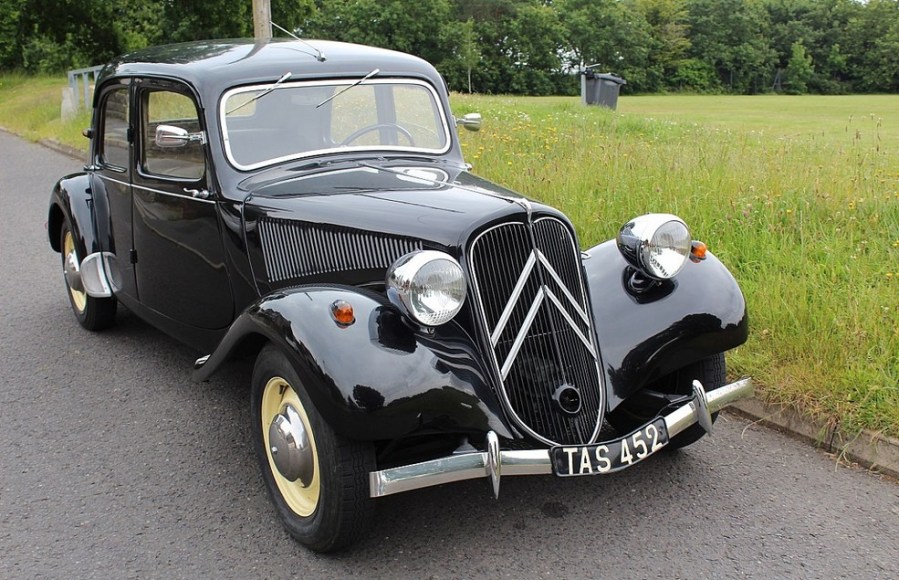 The SWVA July sale had a full catalogue of 81 classics under the hammer at its Poole base on July 26, with everything from bargains to prestige.

People’s cars were especially plentiful, with small Fords, Beetles, Morris Minors and Minis all well represented, but there were a good few wildcards too. A £600 Lincoln Continental, anyone?

British classics dominated the sale though, and especially those of the open-topped variety. Indeed, bargain roadsters were the order of the day, with a couple of tidy MGBs and an a Mk1 MX-5 imported from the Channel Islands all hammered for less than £3000. A smart 1973 Triumph TR6 looked an excellent buy at a modest hammer price of £6900, while those with deeper pockets had the choice of a Morgan 4/4, a beautiful Triumph TR3, a smart red MGA and a stunning Austin Healey 100/6. Moving into the 1990s, a Jaguar XK8 and an MG RV8 offered further opportunity for wind-in-the-hair motoring, with both finding new homes.

British saloons featured heavily too, but there was still plenty of continental flavour amongst the lots. Citroën’s Traction Avant range was showcased by a charming 1952 11 BL, with another French fancy – this time a 1968 Renault Caravelle – beating its estimate to sell for a hammer price of £6200. In addition, a 49k-mile 1999 Maserati Ghibli offered plenty of Italian fire for a hammer price of £13,500, while a Mercedes SL500 AMG and a pair of Porsche 911s were hot tickets for fans of Stuttgart’s finest. As is so often the case with an SWVA sale, all but a tiny handful of cars found buyers.

We’ve selected our standouts from the sale below, but for a full list of results, visit the SWVA website. 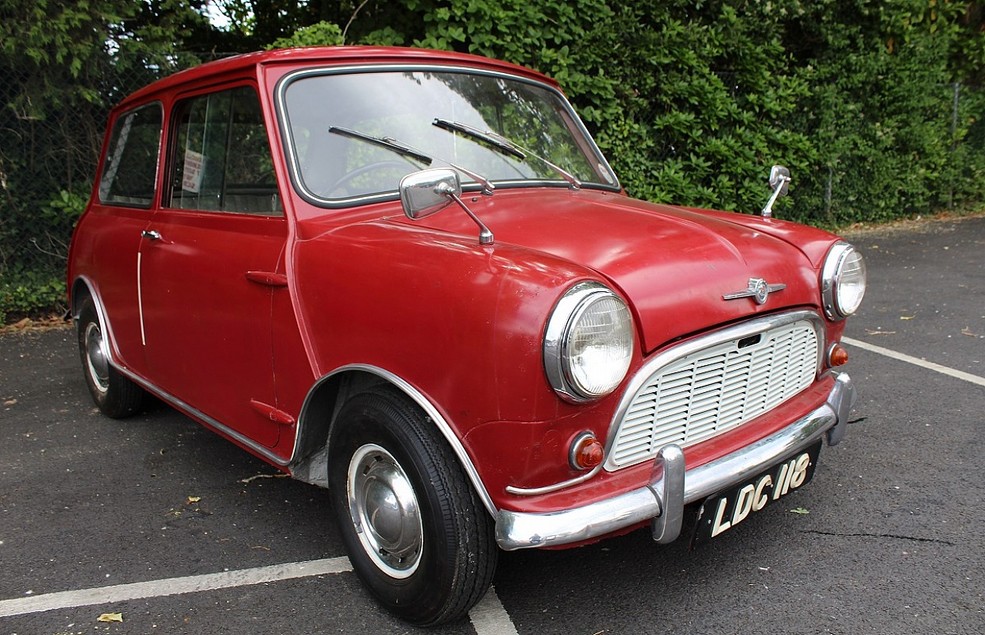 1959 Minis are always sought after, but even more so in their 60th anniversary year. This Cherry Red example is a September-built example, making it amongst the first 2000 built, and was in the hands of one owner for 40 years. Unrestored and with superb patina, it still featured its original engine, gearbox and interior, plus the correct single-hole door glass, large recessed floorpans and even its mega-rare glass washer bottle! Estimated at £12,000-£12,950, it sold for £18,500 plus fees. 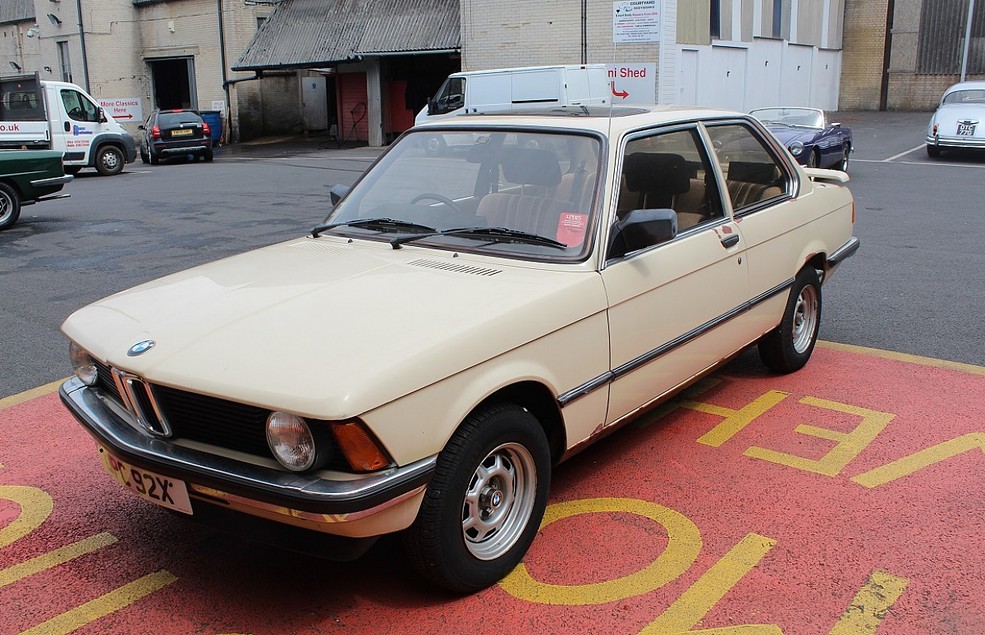 We love a car with potential, and this E21 BMW 316 auto looked like a great project. The 1982 example had a few primer patches here and there, but looked a very good basis for a light restoration. It also came with a fairly comprehensive MoT history file from 1997 and the original service book. Offered with no reserve, it was hammered at £1100. 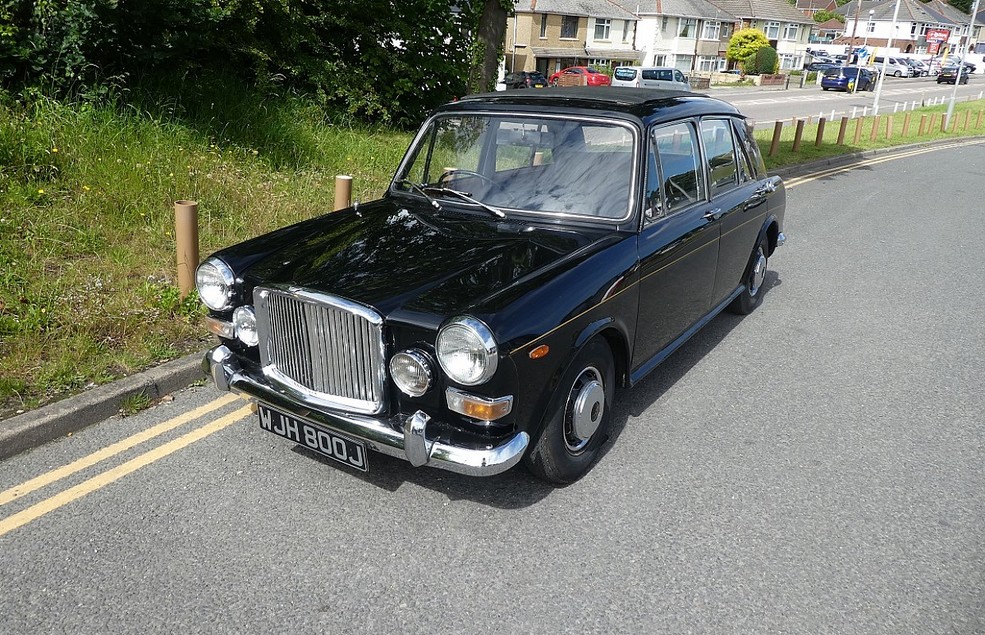 With just one owner until 2013 and 55,000 miles recorded, this Vanden Plas 1300 Princess represented a rare chance to acquire a very original example of the premium ADO16. It had been stored for six years after the original owner passed away, but had subsequently been recommissioned with several new parts. At £2600 plus premium, it looked a real bargain. 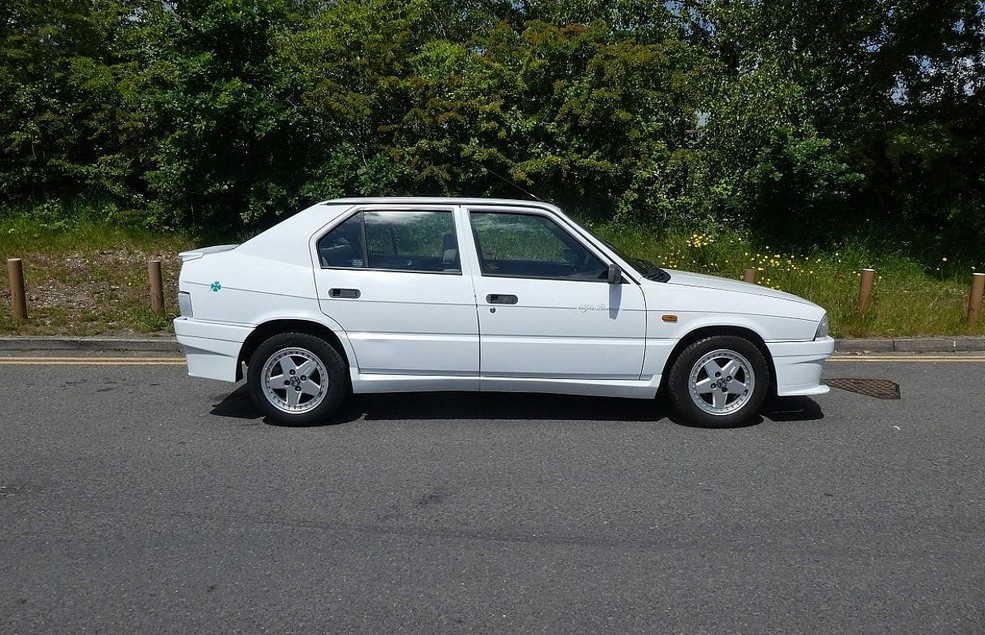 Rare and undoubtedly cool, this 1988 Alfa Romeo 33Ti Veloce looked superb in white with its factory-fitted Zender body kit and period alloy wheels. Showing just 48,000 miles, it performed well against £3000-£3500 estimate to sell for a hammer price of £3450. 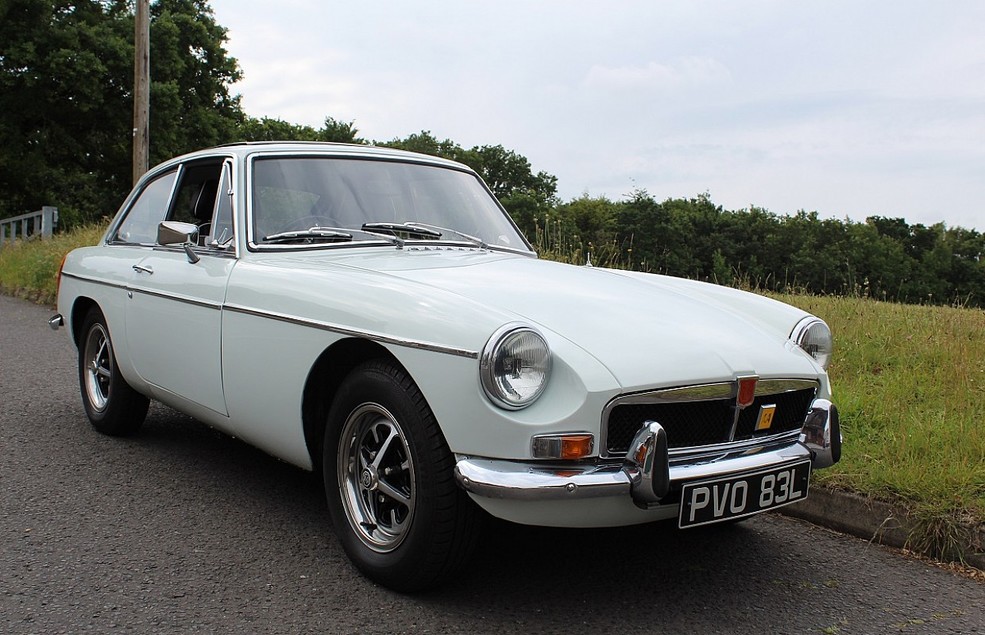 Described as “outstanding”, this 1972 MGB GT was subject to a major refurbishment by the MG Owners Club in 2017 that included new leather interior trim, wheel refurbishment, new tyres, new rear suspension and electronic ignition. It performed exceptionally well on the day too, with its £6350 hammer price well in excess of its £3900-£4500 estimate. 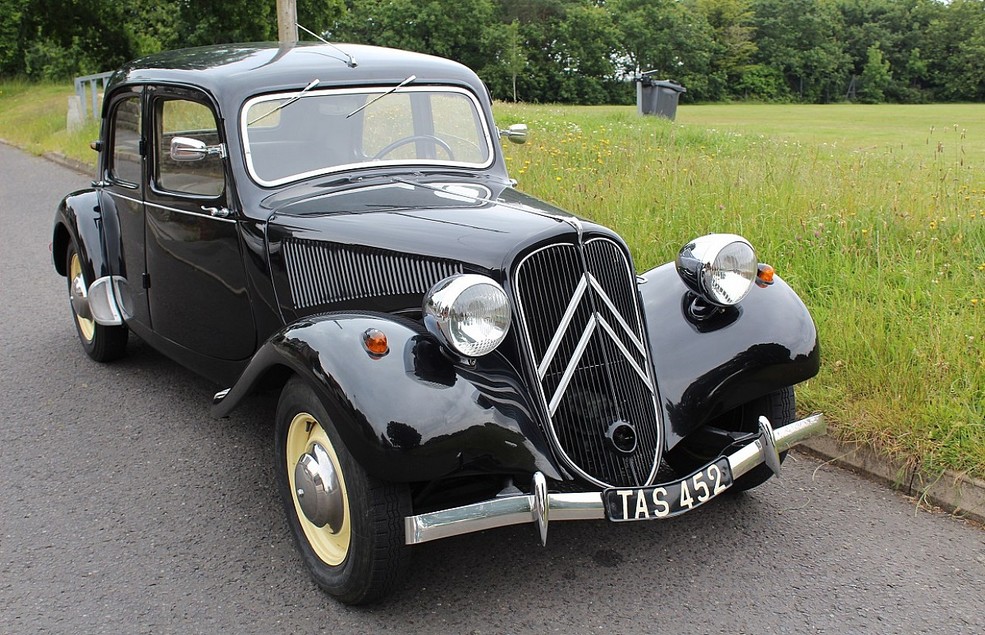 A fine example of Citroën’s pioneering Traction Avant range, this 1952 11 BL looked to be in very good condition having been restored around eight years ago. The interior was still in fine shape, while a conversion to 12-volt electrics boosted practicality. Offered with no reserve, it reached a hammer price of £13,500. 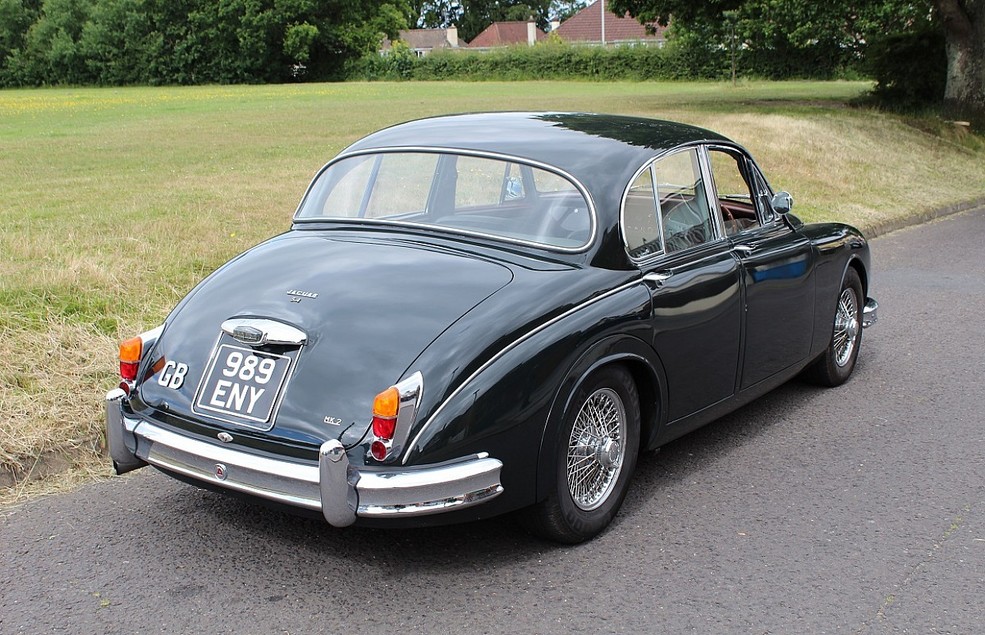 One of the stars of the sale was this beautiful Jaguar Mk2 3.4 with a manual gearbox, made in the model’s debut year of 1959. It had been in the same family since 1968 and came with a comprehensive folder of history and invoices, but hadn’t been driven much in the last five years. Its £17,000-£18,000 estimate seemed conservative, and so it proved as the car soared to a hammer price of £30,500. 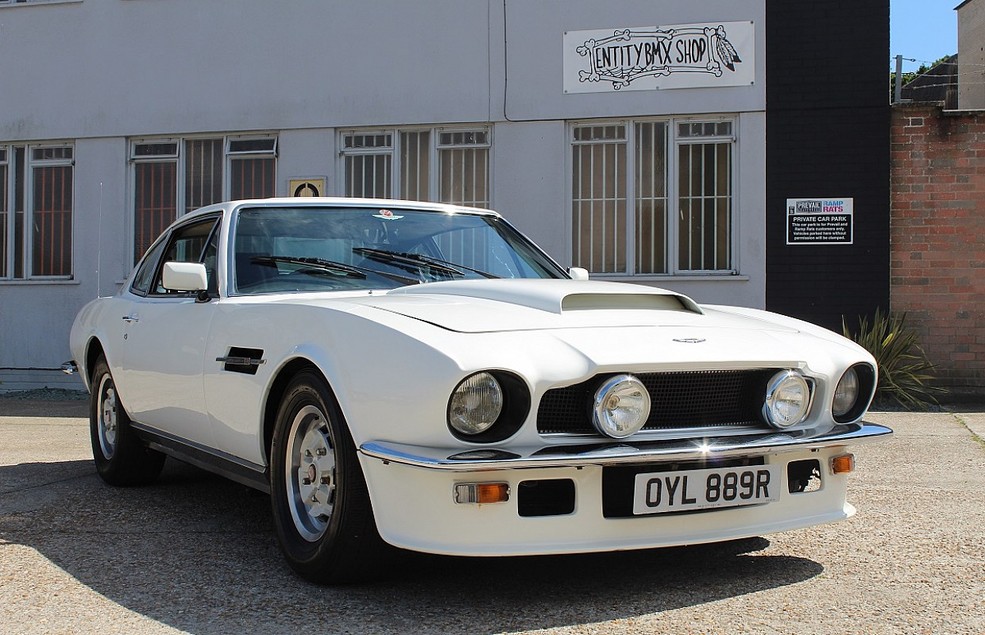 Another classic to beat its pre-sale prediction was this smart white 1976 Aston Martin V8. The automatic example had been in the hands of five owners from new and came with a host of five-figure invoices. Freshly MoT’d having covered a mere 1927 miles over the past 13 years, it sold for £35,500 plus fees against a £28,000-£29,000 estimate.