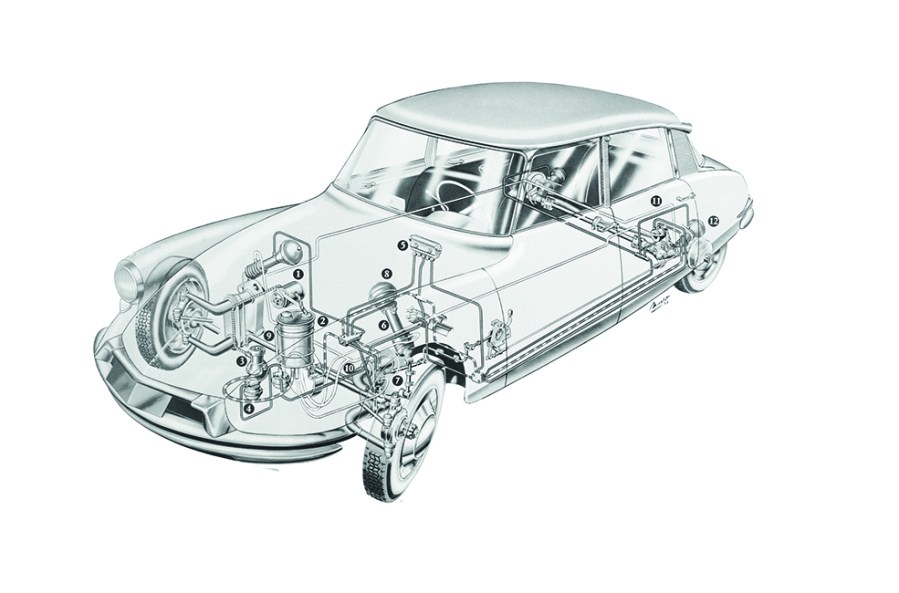 From Hydrolastic to Hydractive, we consider the workings of fluid suspension.

Lift the bonnet of any Rolls-Royce or Bentley product from the Shadow up to the latest Spirit-based Turbo R and you’ll find a plaque near the hydraulic reservoir referring to the Citroën patents used by the high-pressure braking and self-levelling systems. When the Shadow was being developed, the French were the undoubted leaders in this technology which had appeared in production form in the DS as early as 1955. It would be 1962 until BMC’s simpler Hydrolastic fluid suspension system would appear.

The heart of the Citroën system is a high-pressure hydraulic pump, driven by belt from the engine like a conventional power steering pump. The pump produces a constant pressure of LHM (liquide hydraulique minérale) fluid and is engaged and disengaged by a solenoid-operated clutch. Hydraulic fluid under pressure is stored in an accumulator sphere from where it can be drawn off as required from a kind of hydraulic ‘ring main’ running round the car.

At the business end, each suspension arm is attached to a pushrod with a sphere on one end and a piston on the other end moving in a cylinder. Fluid can pass from the sphere into the cylinder according to the position of a height control device, while pressurised nitrogen gas in one half of the sphere provides the springing effect. A shock absorber effect is achieved by using a restriction between the cylinder and the sphere. 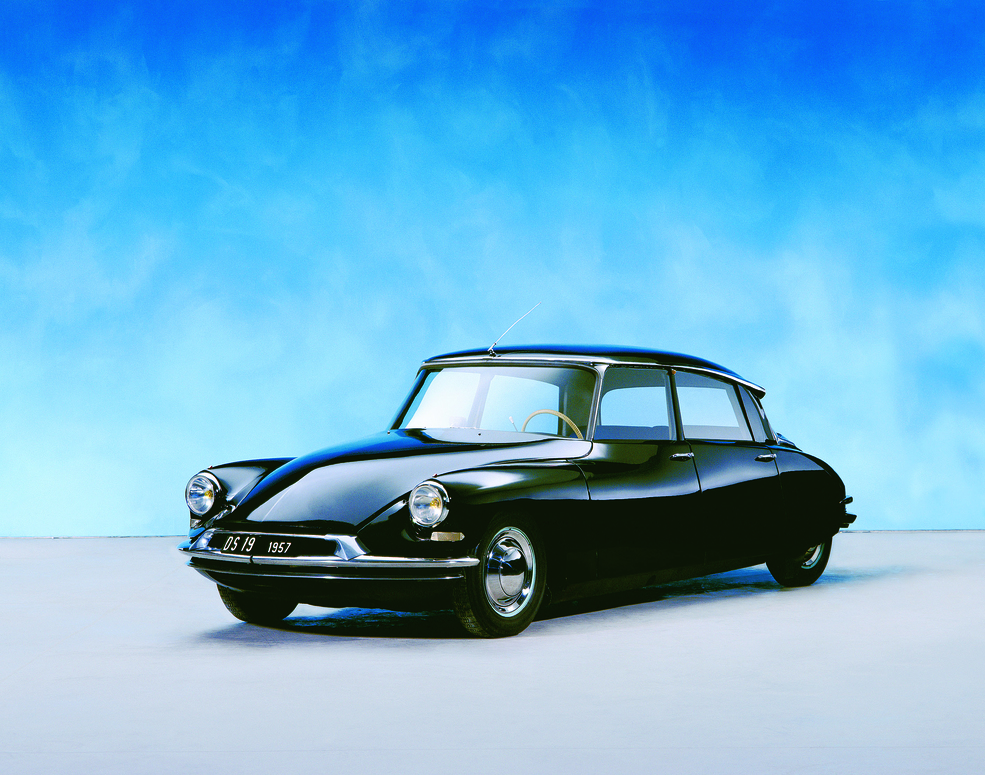 The brakes work from the same hydraulic system and are equally simple: essentially, the brake pedal is in fact a valve which allows high-pressure hydraulic fluid into the callipers and forces the pads against the disc in order to stop the car. Because of the colossal pressure inside the system, the pressure is reduced for the braking system in order to give the driver some hope of modulating the pressure without locking up the wheels. In an elegant twist, the Citroen designers even arranged for the rear suspension to drop slightly under braking to counteract the natural nosediving effect. 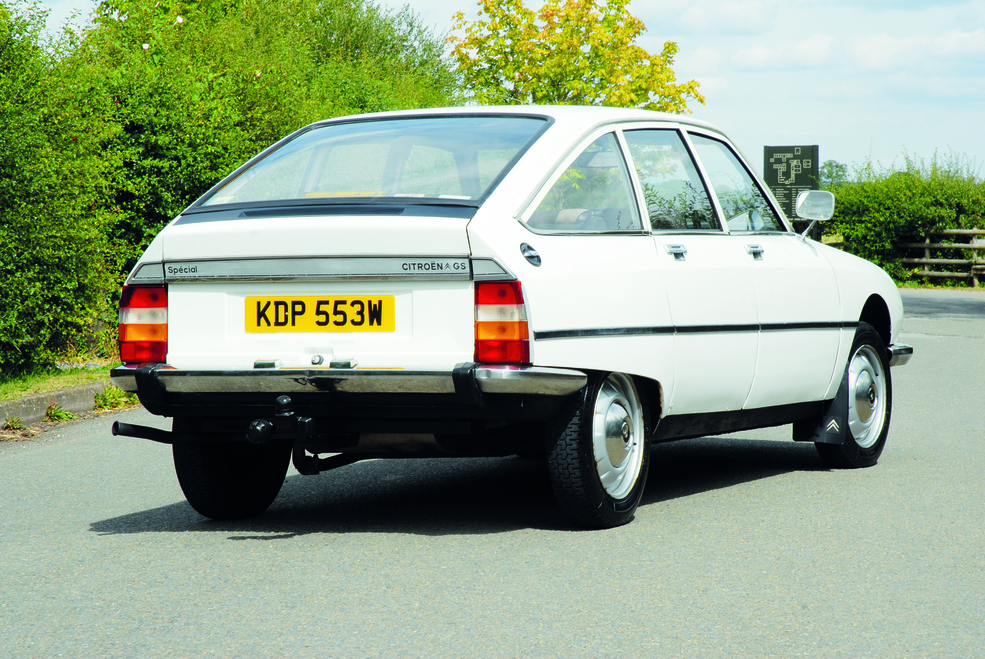 As for the steering, that’s as simple as the brakes. Essentially when you turn the wheel, you’re opening a valve which allows fluid to enter one side or the other side of the rack and provide power assistance in whichever direction the wheel is being turned. Let go of the wheel and the system returns to the centre point where both valves are closed, another Citroen quirk.

The system which first appeared on the revolutionary DS in 1955 had been developed from ideas considered by Citroën designer Paul Magès while researching suspension systems for the forthcoming 2CV back in the mid-1920s. The big issue in getting Magès’ ideas from concept to reality was the fine tolerances involved in manufacturing the componentry, but with these overcome the system proved workable and with the necessary high-pressure pipework in place it was relatively straightforward to extend the system to operate the braking system too. In fact the first production appearance of the suspension system was on the rear end of the late-model Traction 15H cars where it was used as a self-levelling system.

By then Mages had become an enthusiastic exponent of hydraulic control and subsequently designed a hydraulic clutch actuation and steering system. 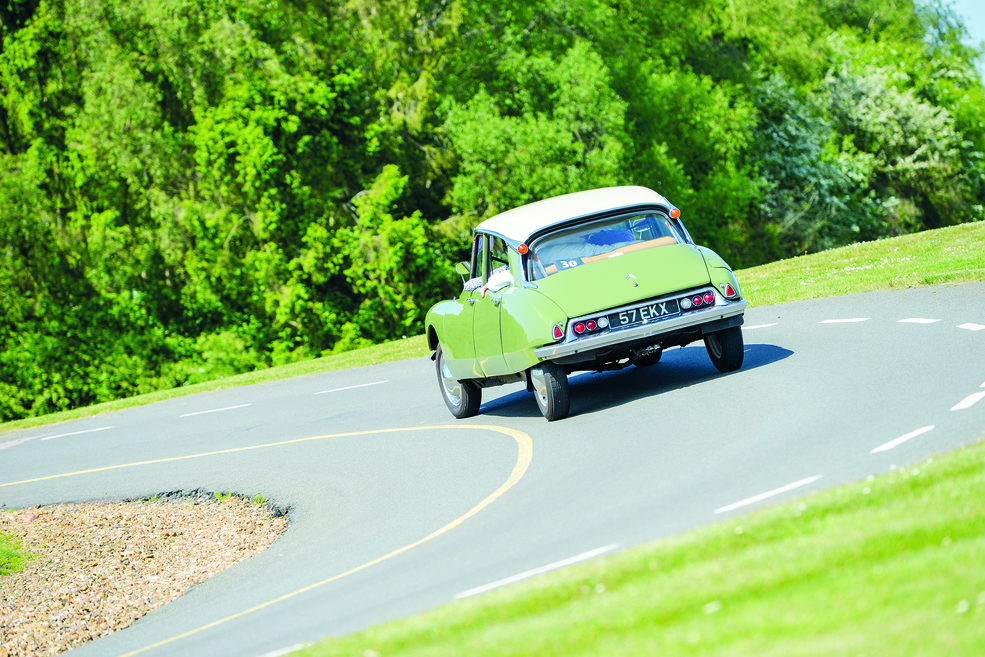 When the DS and ID were replaced by the Citroën CX in 1974, the suspension and braking systems were carried over from the later DS models, although that ‘mushroom’ was replaced by a conventional brake pedal. The CX was in many ways less adventurous technically than the DS, since it offered either a manual gearbox or an optional torque converter automatic box as an option rather than the DS’s hydraulic clutch and gearshift. One addition however was the speed-sensitive DIRAVI power steering which reduced the amount of power assistance as speed increased.

The smaller GS launched in 1970 had also used the same interlinked suspension and braking system although as a more affordable car it went without the power steering and also did without the hydraulic shift. 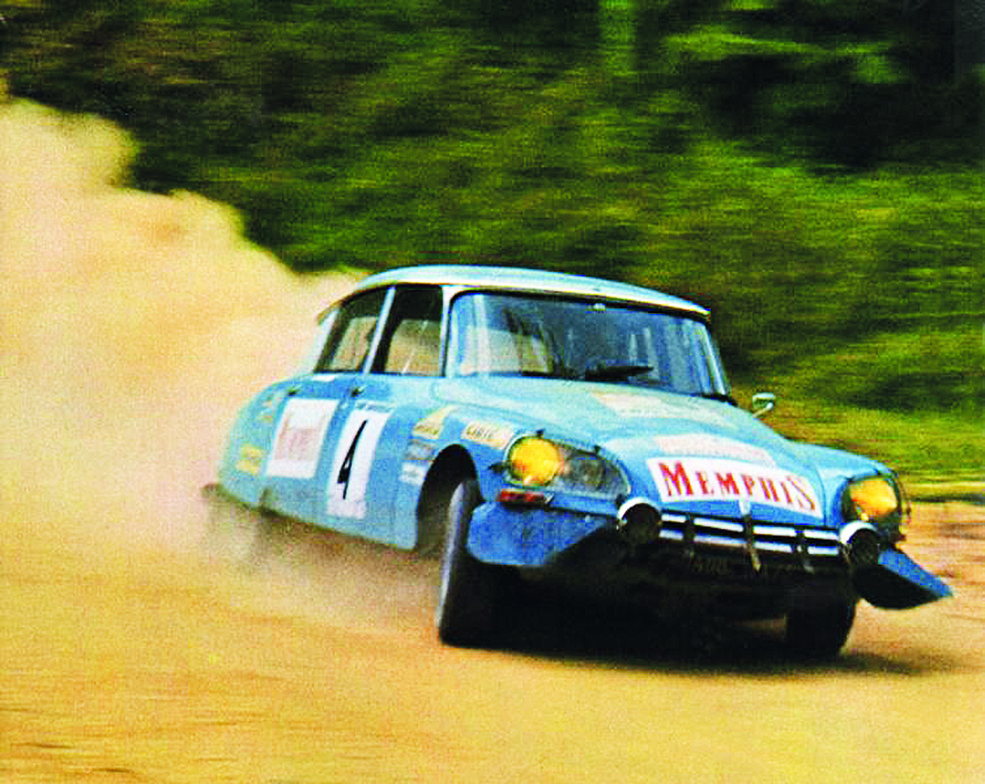 The GS would be replaced by the Bertone-styled BX in 1982 which continued the tradition of offering fluid suspension as a unique selling point. The BX would in turn be replaced by the Xantia in 1993 which on higher-spec models offered a refinement of the original suspension system dubbed Hydractive. This added an additional sphere which could be switched in and out as required to allow smooth riding in normal driving conditions but a firmer suspension under enthusiastic driving.

A logical extension of this was to develop a fully active ride system and this duly appeared in 1993 in the Xantia Activa. This employed electronically-controlled hydraulically-operated anti-roll bars to keep the body level during hard cornering and created a car which was impressive if rather alien from behind the wheel. 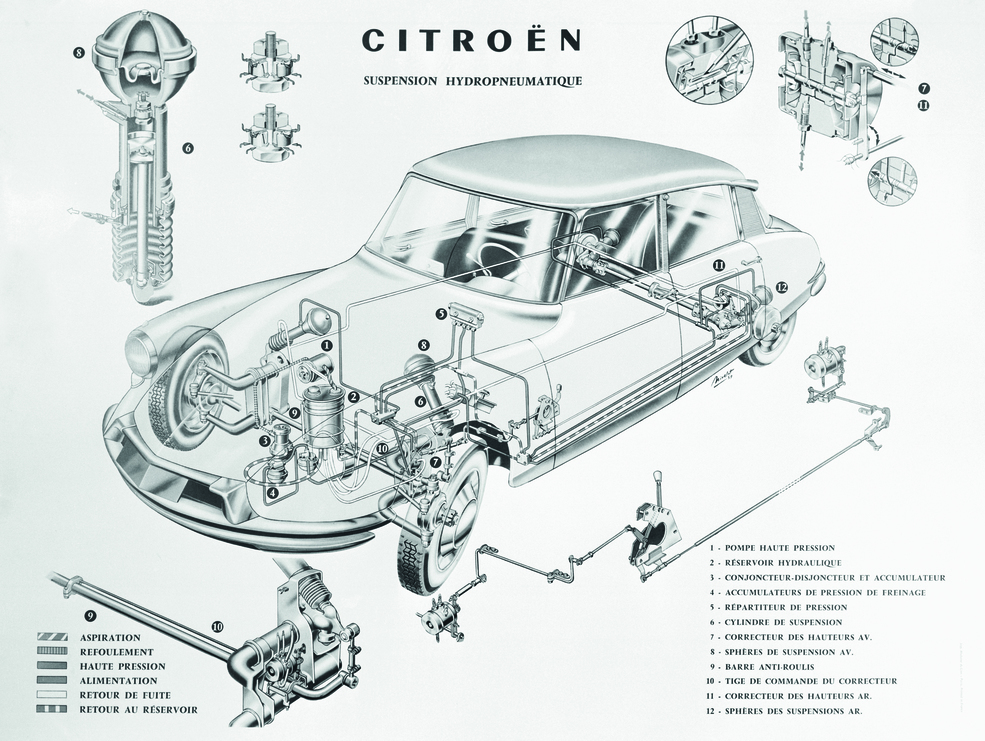 The Hydractive system had been pioneered in the XM, the replacement for the CX which was surprisingly mainstream for a big Citroën and which, thanks to its modern diesel engines, was a common sight in the UK. It would be succeeded by the rather bland C5 which took the Hydractive idea and refined it further, preventing the car from sinking when left parked up.

The last of the big Citroëns would be the C6 which rediscovered some of the quirky style of the DS and CX era and made a superb left-field alternative to the German marques. Sadly, production ceased in 2012 and it’s unlikely we’ll see a fluid-suspended Citroën again: conventional suspension technology has caught up to the point where the complexity is judged an unnecessary expense. 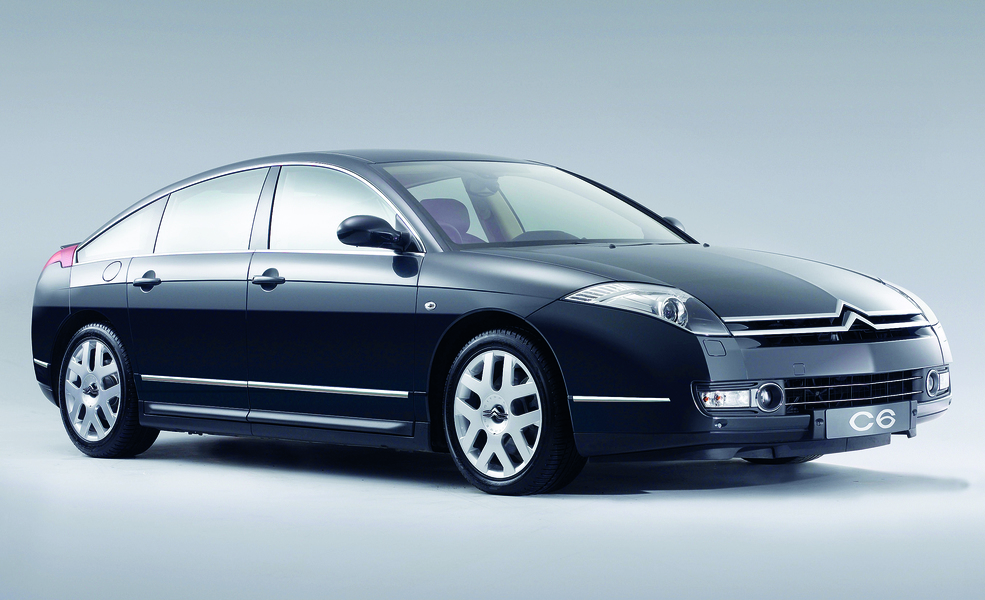 Citroën wasn’t alone in employing fluid suspension and BMC was it it from the early ’60s. The big difference though is that the British system, although similar in concept, isn’t a high-pressure set-up like the French one.

To reduce the amount of pitching, each displacer unit has a restrictor valve to slow down the speed of the fluid movement and that’s pretty much how it works, with the main improvement over leaf or steel coil spring suspension being the front-to-rear interconnection allowing the car to be stiffer in roll than in pitch. The design of the displacers also meant a quickly rising springing rate even in pitch and an equally swift return to a level ride height. 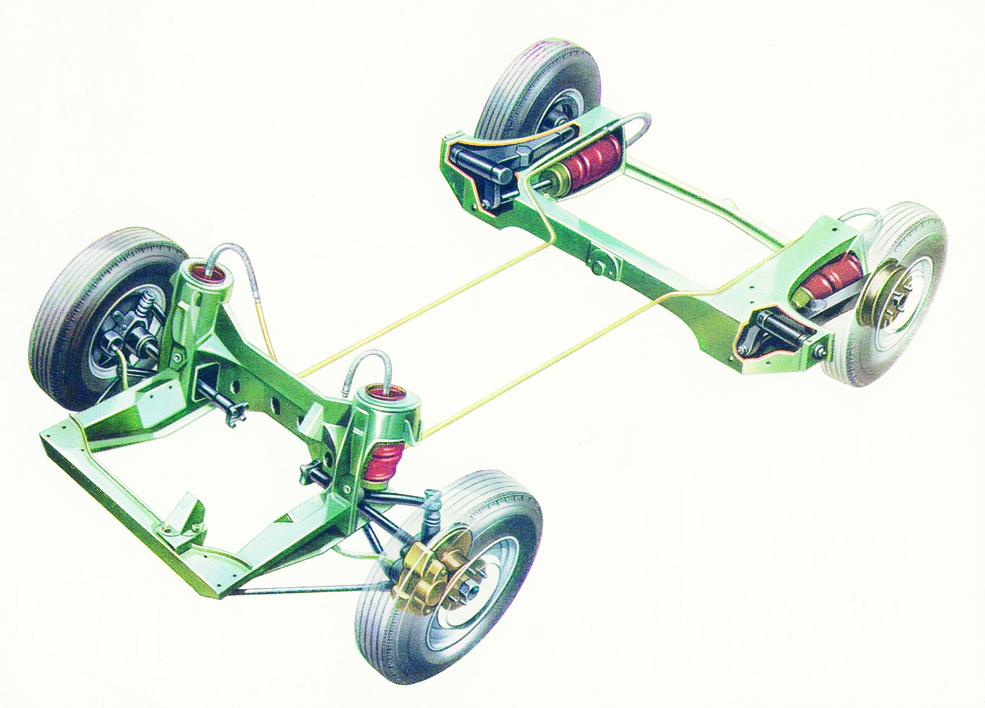 In 1973, the Allegro introduced a new Hydragas suspension, intended to address the issues of Hydrolastic.

Hydragas displacer units are pressurised spheres containing nitrogen gas, with fluid beneath, with a rubber sealing diaphragm in between.  The gas in the units acts in much the same way as gas filling improves the action over oil-filled shock

Hydragas appeared in many of the firms’ crs until the Rover Metro in 1990 which interconnected the system side-to-side to great effect but once the Metro had gone, it was down to the MGF to keep the system going and that was done by using a lot of K Series Metro components. The result was an outstanding chassis that Rover had tuned to perfection by playing around with the Hydragas valving until they got it spot on. For 2002, a seriously cash strapped Rover replaced the expensive to produce Hydragas with conventional springs and dampers in the MG TF and that, after 40 years, was that. 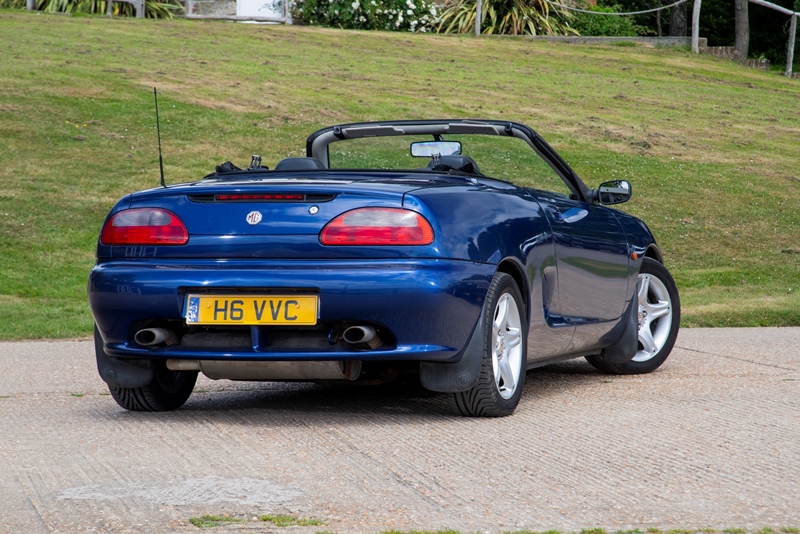