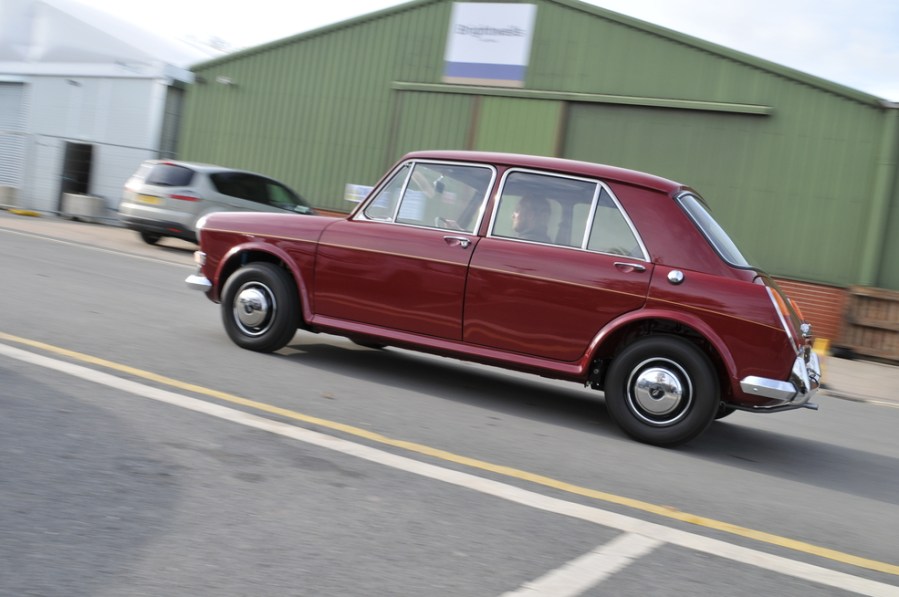 The Vanden Plas-badged version of the humble Austin ADO16 1100/1300 may have been faintly ridiculed at the time by some for having ideas above its station but with the benefit of hindsight it was an idea well ahead of its time. Indeed, if it was revealed one day that the marketing chiefs of BMW’s MINI brand had taken inspiration from the smallest VdP model to create the ‘premium small car’ sector then nobody would be too surprised.

The ADO16 needs little introduction as the logical evolution of Issigonis’s Mini concept: it’s essentially an enlarged Mini, the transverse engine, gears-in-sump and front-drive layout retained to give unrivalled space efficiency. With a sharp style courtesy of Pininfarina complete with vestigial tail fins, it was a modern-looking car in 1962 and although it was never a volume fleet seller it appealed sufficiently to private buyers to become Britain’s best-selling car for eight years between 1963 and 1971. 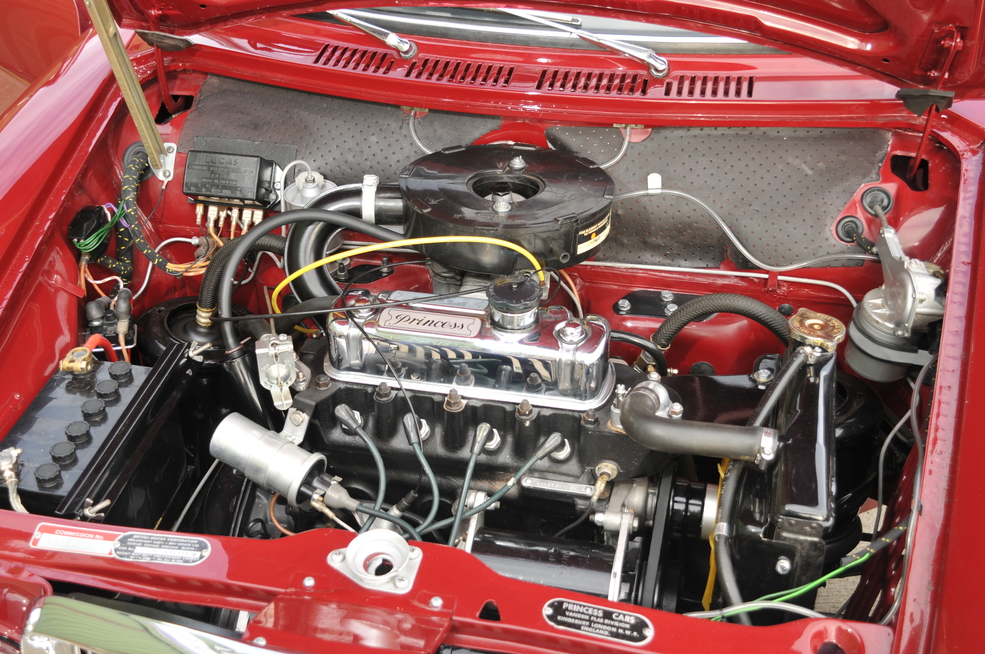 Along the way, in typical BMC fashion the car was marketed as Austin, Morris, Riley, Wolseley, MG… and Vanden Plas, in which form it inherited the Princess badge from the VdP-built Austin limousines.

The thinking behind the Vanden Plas 1300 was simple yet brilliant: BMC recognised that many older car buyers downsizing from a Jaguar, Rover or similar might want a physically smaller car yet didn’t want to compromise on comfort and the idea of a lavishly trimmed small car was something no other maker offered. Especially with the option of automatic transmission, which the Princess could offer in the form of the AP-developed unit shared with the Mini and which offered no less than four gears in an era when even the biggest luxury cars made do with just three.

The Princess was produced from 1963 until 1974, initially in 1100 form and then from 1968 in 1300 form as we have here, but they weren’t made in huge quantities originally and very few have survived. 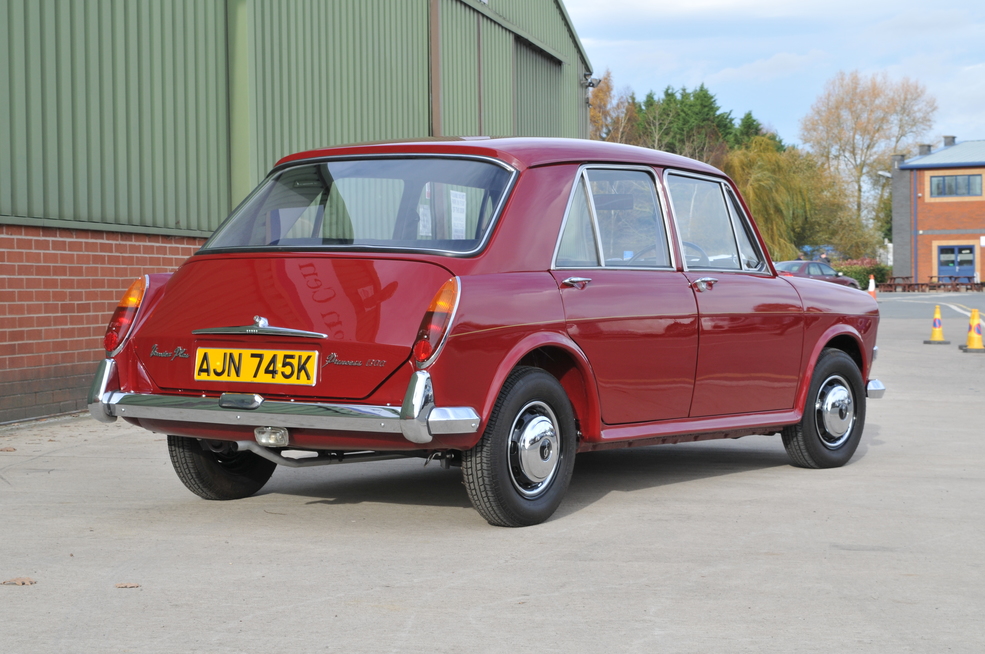 This example – entered in the Brightwells sale on November 28 – is one of the very best we’ve ever seen, thanks to a fastidious restoration by the vendor who is known to be a serial ADO16 fancier. The work involved sourcing many rare new old stock parts including the front end panels, front and rear subframes, Hydrolastic displacers and chrome parts and the result is simply incredible.

With a high quality paint job courtesy of a local main dealer bodyshop, the bodywork looks superb but get on the floor and take a look underneath and you’ll find the underside is just as clean and shiny. The lustre on the chrome is something you just don’t get with reproduction parts and the overall impression is stunning.

On the inside, the VdP was trimmed in the Kingsbury works by the same craftsmen which put together the coachbuilt 4-litre R, using the same Connolly leather and proper wood, with the resulting interior ambience recalling an early Rolls-Royce Shadow despite the generic BMC choke and heater controls. This can often be where corners are cut but not in this case: the leather is taut and unmarked, while the veneered dash and rear picnic tables have a lustrous shine and the deep pile carpet is begging you to take off your shoes. 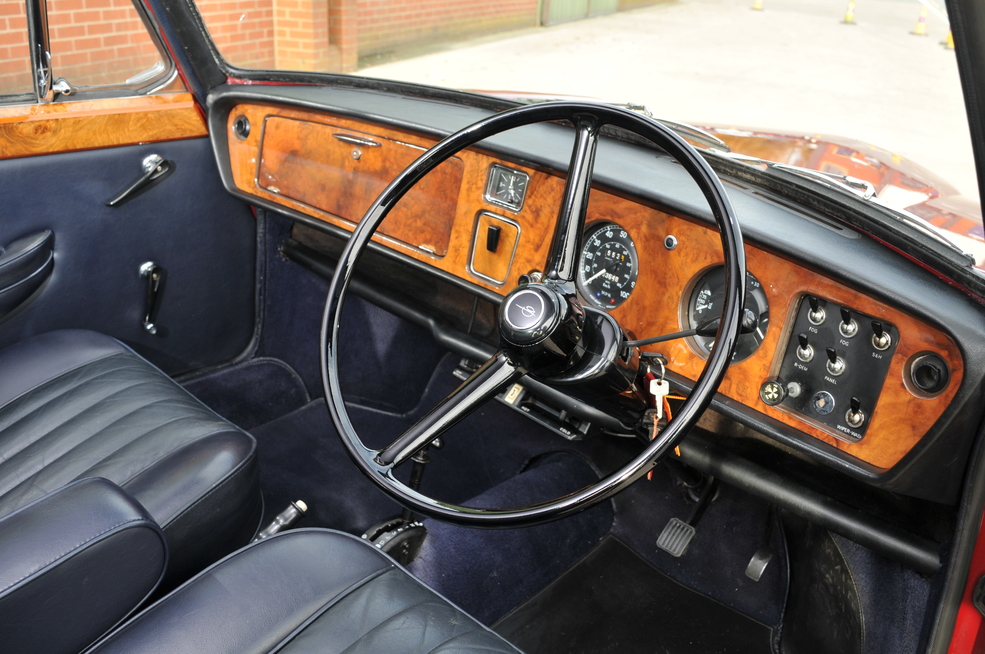 There’s nothing in the world which drives quite like an automatic Vanden Plas 1300 and I always find myself grinning each time I sample one. The Hydrolastic gives it a wonderfully floaty ride and the steering is fingertip-light through the big-rimmed wheel even without power assistance.

The crowning glory though has to be the four-speed auto which in combination with the car’s compact size and big glass area makes it an absolutely ideal city car. The Princess gained the 70bhp version of the 1275 engine as found in the 1300GT, which feels pretty lively and certainly quick enough to hold its own in modern traffic. In fact in this era of hard-riding Nürburgring-honed chassis, there are precious few brand new small cars which offer the same levels of comfort as this 50-year old design.

Until recently the ADO16 hasn’t commanded values high enough to make expensive restoration financially worthwhile, but interest in the Vanden Plas models is picking up and to restore one to this very high standard yourself would cost far more than the £14,000-£16,000 estimate Brightwells has placed on this example. If you want a way to stand out in the classic crowd and you do a lot of city travel then you won’t get better. 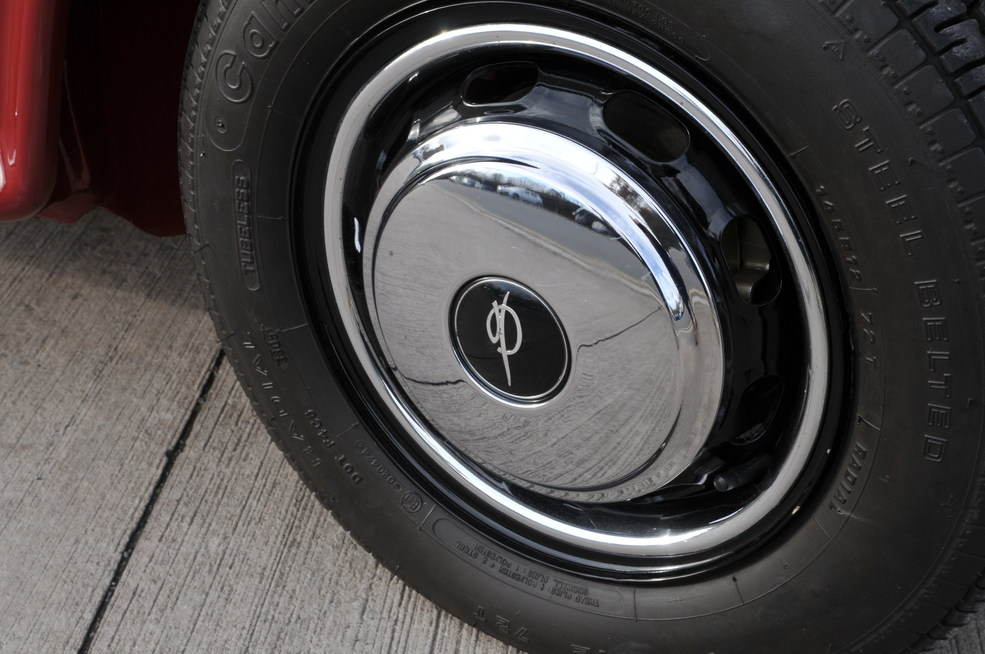