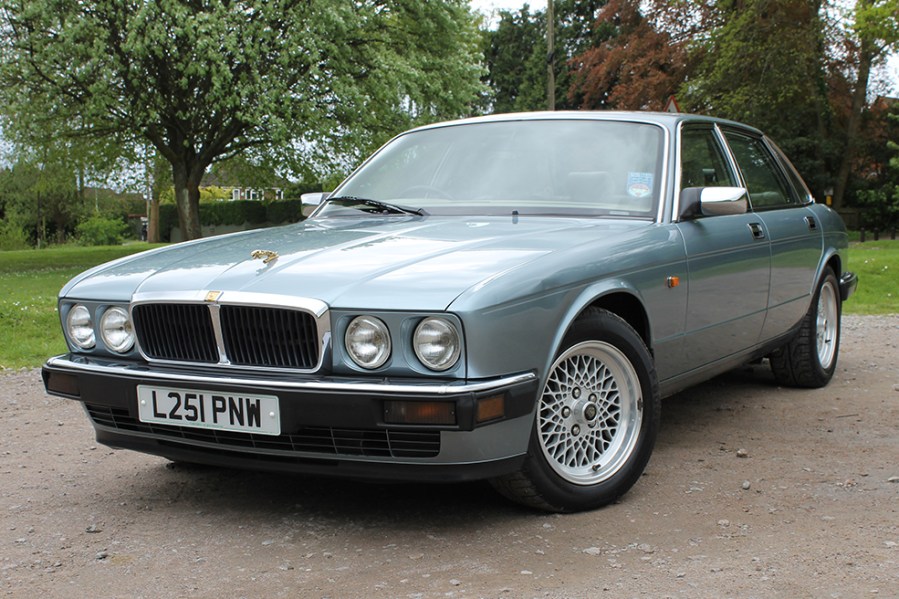 Each of these over-engineered marvels employs 12 cylinders for smooth, effortless power. Here are our favourite V12 saloons

The original plan had been for the XJ family to be a V12 saloon from launch, alongside a new 3.0-litre six cylinder. But neither engine was ready on time – the XJ was launched with the famed XK6 which would see it through until 1986.

Meanwhile, V12 development continued apace, and following trials in the E-type it was fitted into the last of the Series 1 XJ saloons from 1972. 1973 saw the facelift into S2, and the pretty two-door XJC variant offered true personal car luxury for substantially less than a Rolls-Royce Corniche.

By 1979, when the last of the breed was launched, customers knew what to expect The S3 was restyled by Pininfarina, offering more space and (from 1981) a High Efficiency derivative of the engine. The replacement XJ40 had been designed with an engine bay too narrow for a V-engine, with Jaguar no longer seeing the V12 as relevant and seeking to avoid the enforced use of Rover’s V8.

But when Jaguar got wind of BMW and Mercedes preparing V12 saloons of their own, the decision was taken to refresh the S3 until the XJ40 could be adapted. The Jaguar XJ12 ceased production in 1991, while the badge-engineered Daimler Double Six derivative lasted to 1992.

Today, values are increasing. Buy now, ignore the fuel bills – and treat it as an investment! 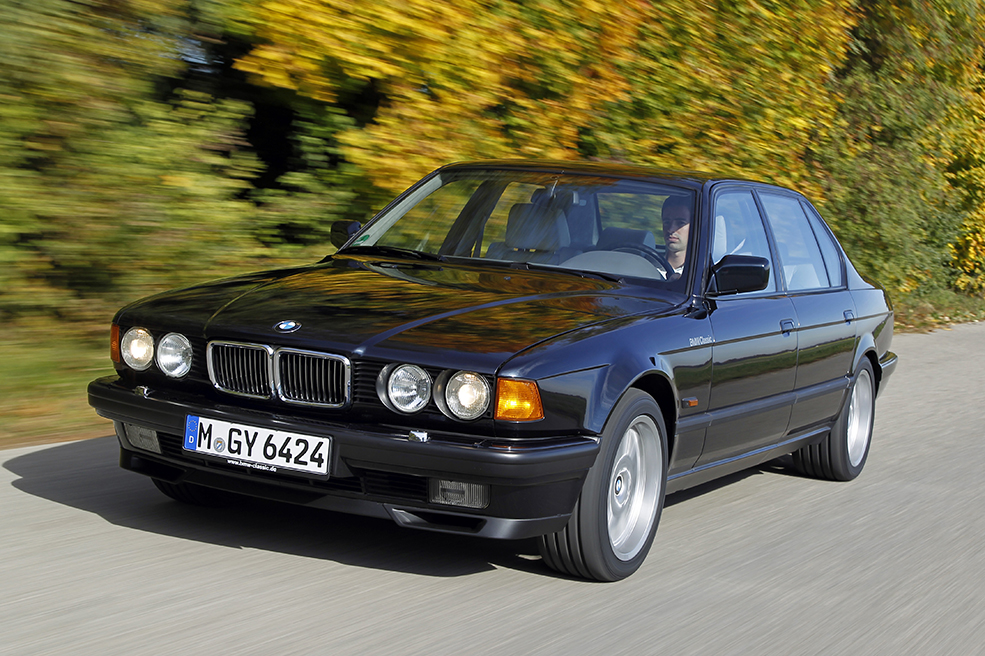 Launched in the same year as Jaguar’s XJ40, the E32 took what BMW has learned with the original E23 7 Series and built upon it. Launched as a 730i and 735i with six-cylinder engines, the Bavarian giant also unveiled its first V12 engine – the 750i was designed to take on the Jaguar XJ12 and win. Later models also came with the option of a V8 to bridge the gap, which proved powerful and popular among those whose 7-series were bought as company cars.

Replaced in 1994 by the E38, the E32 had shown BMW that a V12 flagship could be beneficial, as Jaguar and Mercedes strengthened their own V12 offerings.

However, unlike the other two, the market for the 750i has been relatively slow to respond. Where similar smoothness and performance can be achieved from V8 models without the complexity, it seems the 750i may not be the wisest investment in the E32 range. For investment purposes we’d recommend a 735i or 740i if you want a solid executive saloon experience. 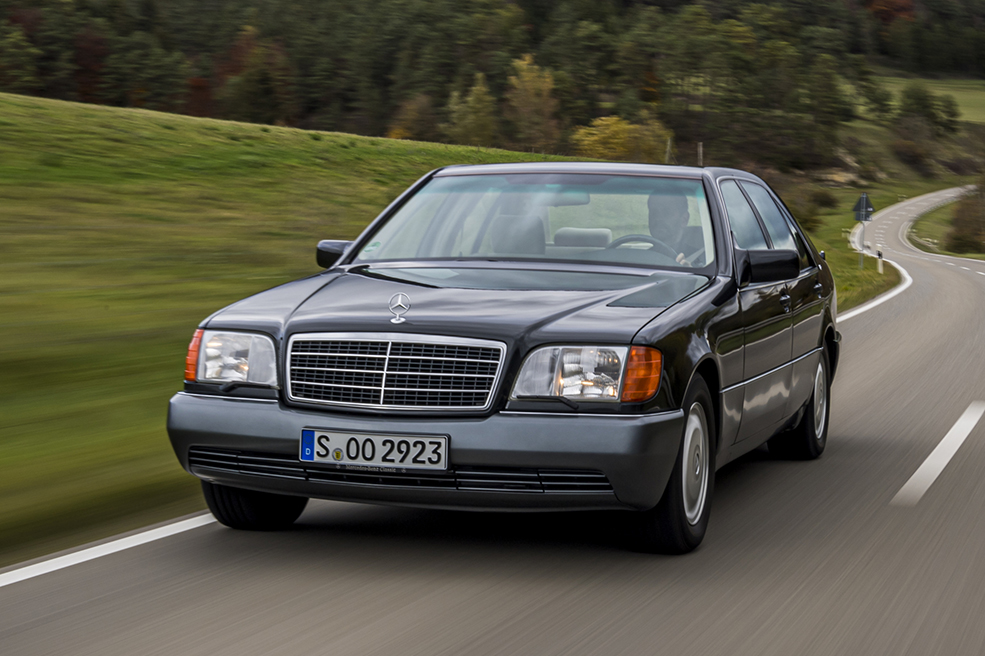 The W140-era S-Class was launched amid apologies from its manufacturer – it seemed in a sense to miss the mood of the moment. When everyone else was going for smaller engines, lighter bodies and less flash, Mercedes launched its biggest S-Class yet. Fitted in top spec with a 6.0-litre V12, over seventeen feet long, and with such touches as soft close doors and double glazing, this S-class really did deserve the epithet of Best Car In The World at launch in 1991.

Lexus had worried Mercedes-watchers with the LS400, but the S-Class effectively showed the Japanese brand how next they would have to up their game. And while the W140 had its faults – the 1992-1998 Mercedes wiring loom debacle for one – the fact remains that it’s a very capable classic, and one which certainly shouldn’t be overlooked.

Six-cylinder and V8 options are available, but often the 6.0-litre V12 can prove to be the biggest bargain because people are put off by high fuel bills. 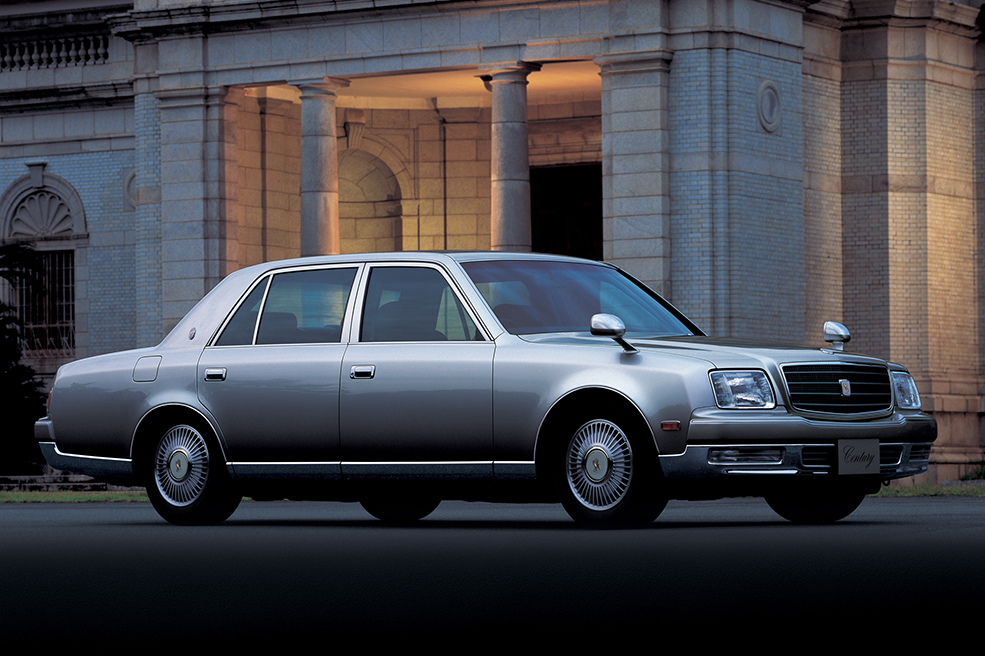 The G50-generation Toyota Century was only the second iteration of the long-running model which first appeared in its native Japanese market in 1967. The first-gen car was built for some 30 years; when the new car arrived, it looked much the same and would go on to enjoy two decades in production.

Toyota had a fleet of large saloons available in the Japanese domestic market, some of which made it to Europe badged as Lexus models. However, it was the Century that was Toyota’s luxury flagship – if Lexus was designed to take on Mercedes and BMW, then the Century was a thoroughly Japanese take on the Rolls-Royce recipe.

Designed primarily around its rear-seat occupants, the Century eschewed leather in favour of woolen trim, offered a clever folding-front-seat footrest, had electronic soft-close doors and – in the name of outright smoothness – a 48-valve, variable-valve timed 5.0-litre V12 engine codenamed 1GZ-FE.

Power was capped at the Japanese gentleman’s agreement limit – 276hp – although it’s thought that the true figure was closer to 300hp. Effortless torque was the name of the game, but so was typical Toyota reliability: two ECUs controlled a bank of cylinders each, with the car able to run on six cylinders in the case of an issue.

The Century was never officially brought to the UK, but the grey import market has brought a few over to these shores. Prices sit in line with the older German V12 saloons on this list – but running costs are likely to be just as punchy.

Still, if it’s good enough for the Emperor of Japan, the Toyota Century has to be worthy of your attention.