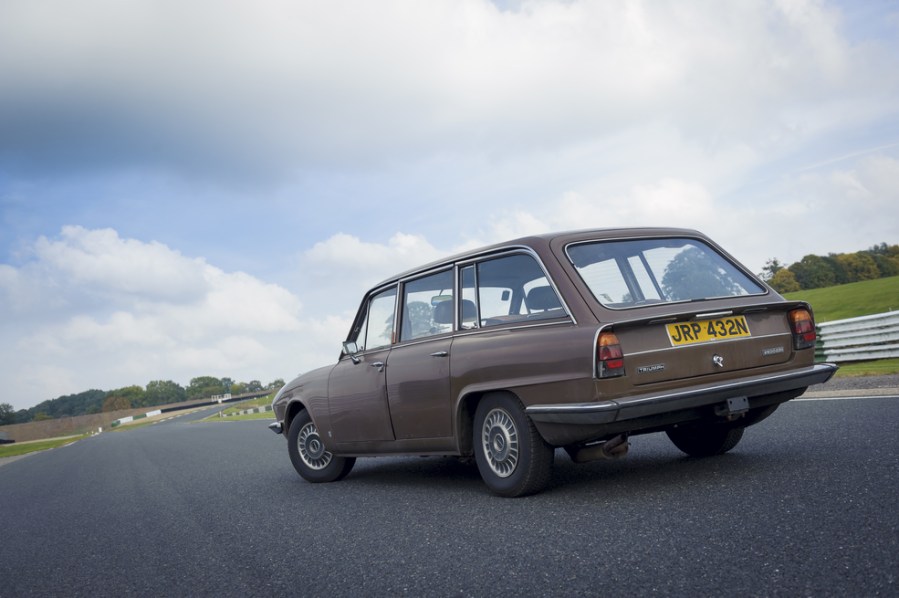 The last of the independently developed Triumph saloons, the 2000 and 2500 make for stylish and unusual transport today. Here’s what you need to know before buying one.

With a blend of Italian style and traditional British straight-six powerplant, the 2000 and 2500 are gaining in popularity and although they’re not priced up there with the more expensive TRs, they’re relatively unusual. Here’s what you need to know if you’re on the hunt for one of these elegant saloons.

WHAT TO LOOK FOR

This is another of those cars where it pays to buy the most solid example you can find. Much of the bodyshell is double-skinned which can make restoration work complex and expensive, with good sections often needing to be removed in order to access the rotten parts – for example, the sills, which are a three-part design. In order to replace a crusty sill, you’ll need to cut the front wing for access, make the sill repair and then make the wing good again… after which you’re looking at £1000-£1500 per side. 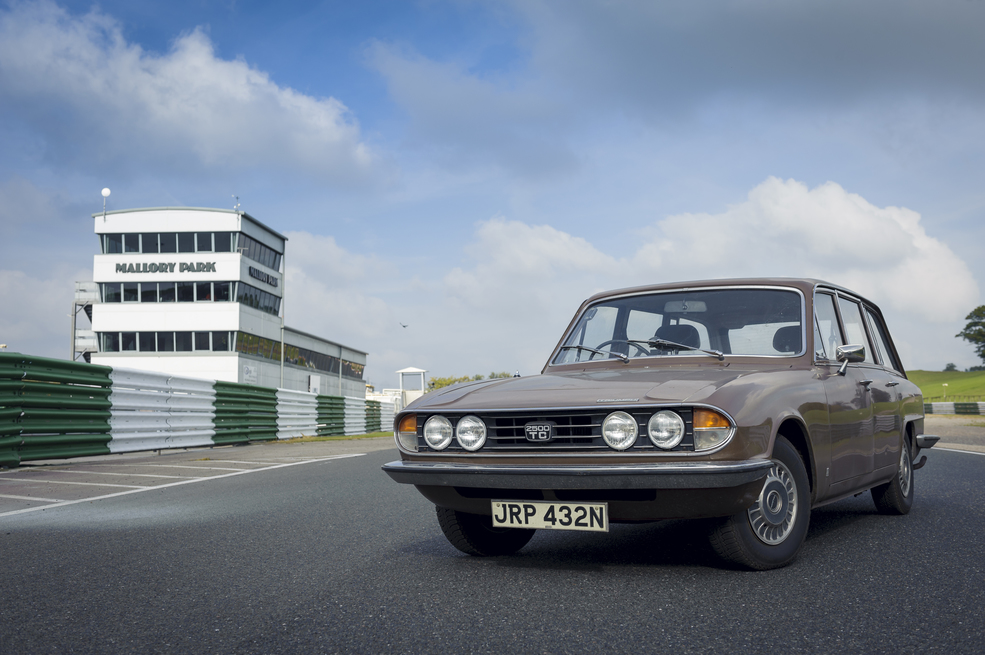 As for parts availability, front wings for the Mk2 are unavailable, although a few Mk1 panels are still around, while the Mk1 nosecone is similarly unavailable. In cases where the complete panel is unavailable, repair sections are offered by the usual Triumph specialists. Bonnets, bootlids and doors are all available.

As for the trim, good used parts are the best way to go and there’s a good selection on offer out there. The brightwork is largely stainless rather than chrome so it does tend to last well.

If it’s an estate you’re contemplating then be aware that these cars were essentially handbuilt, partially completed shells being taken from Triumph to Carbodies where the rear bodywork was completed before being returned to Canley for completion. As a result, panel fit can be a little, ahem, variable: a rear door from one estate may need finessing to fit another car. 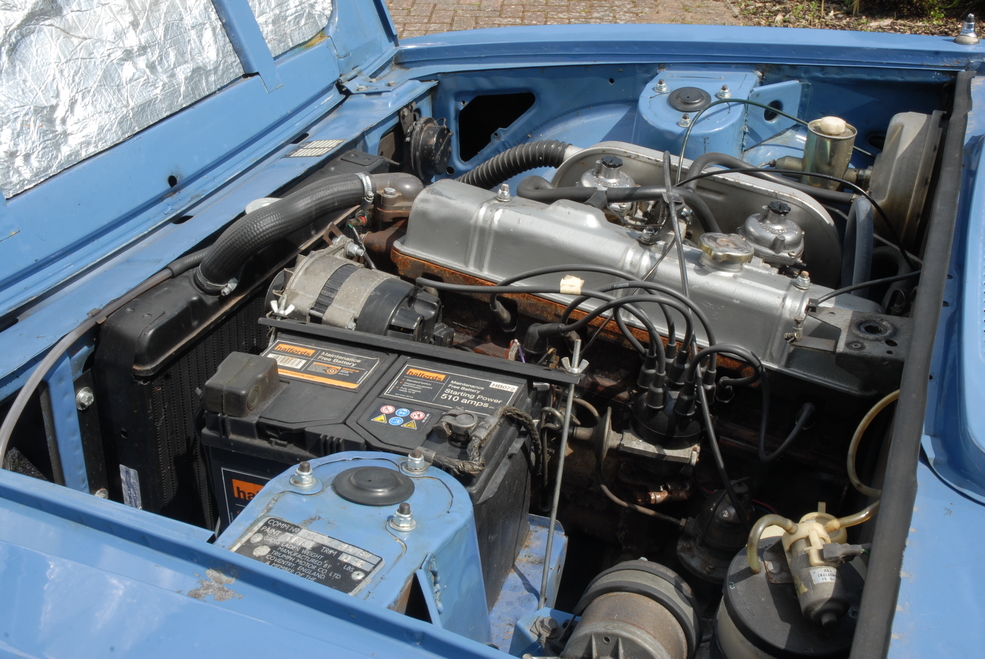 The Triumph straight-six engine was already well proven by the time it appeared in the 2000 and the 2-litre is essentially the same as that in the GT6 and Vitesse. Be aware that there were detail differences between the automatic and manual cars including a different camshaft.

As so often with Triumph engines, crankshaft end float can be an issue, although less of a problem with the automatics. Have an assistant operate the clutch pedal while you check for play at the front pulley: if it’s badly out of spec the thrust washers can be in danger of falling out.

Oil pressure is a good indication of overall engine health, with 75-80 psi at around 3000 rpm being the sort of thing you want to see… although you’ll only find an oil pressure gauge on the S-spec cars. If the bottom end is rumbling it’s not uncommon and replacement shells can be fitted with the engine in place. 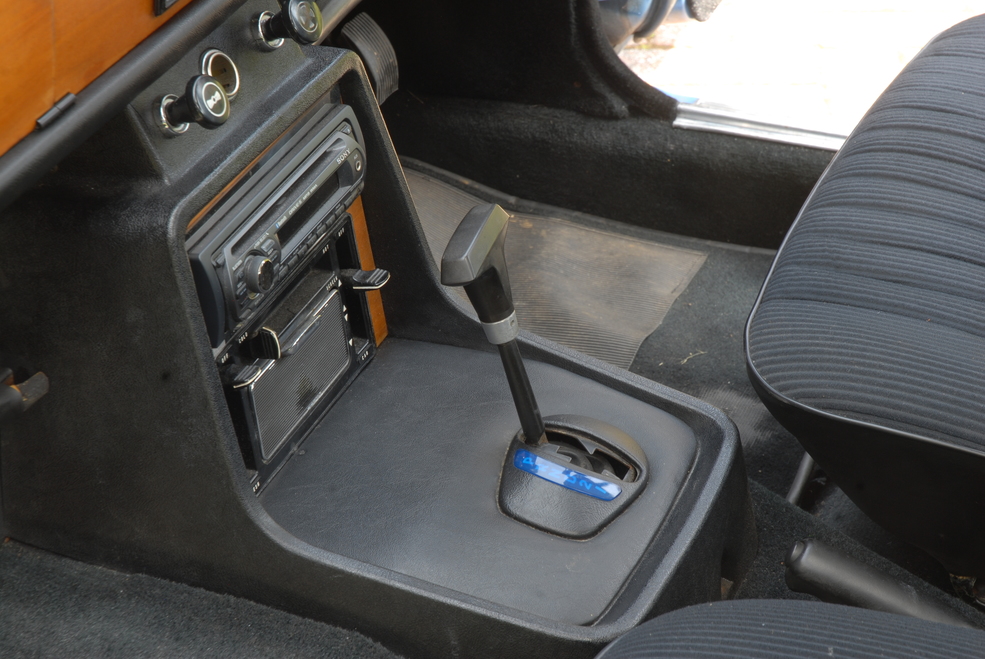 Over the years many automatics have been converted to manual, either when the Borg-Warner box developed a fault or in the pursuit of increased performance and economy, so check that a manual-shifted car left the factory that way. The commission number on the body plate will begin ‘BW’ [ie Borg Warner] for automatic cars.

In general the automatic is a reliable unit though and any problems should be obvious: don’t expect the seamless change of a modern eight-speed electronic box, but changes should be refined and thump-free, as should take-up of power when shifting from Park into Drive or Reverse.

The manual box is similarly refined by 1960s standards. It won’t be silent but any excessive whining or jumping out of gear when on and off the throttle is bad news. If the overdrive on a manual car won’t engage, then it may be just as simple as a low oil level.

If you have your heart set on a manual car then don’t overlook the automatic: even in 2000 form, the six-pot engine and Borg-Warner box make a nice combination and they’re still brisk enough to keep up with modern traffic. 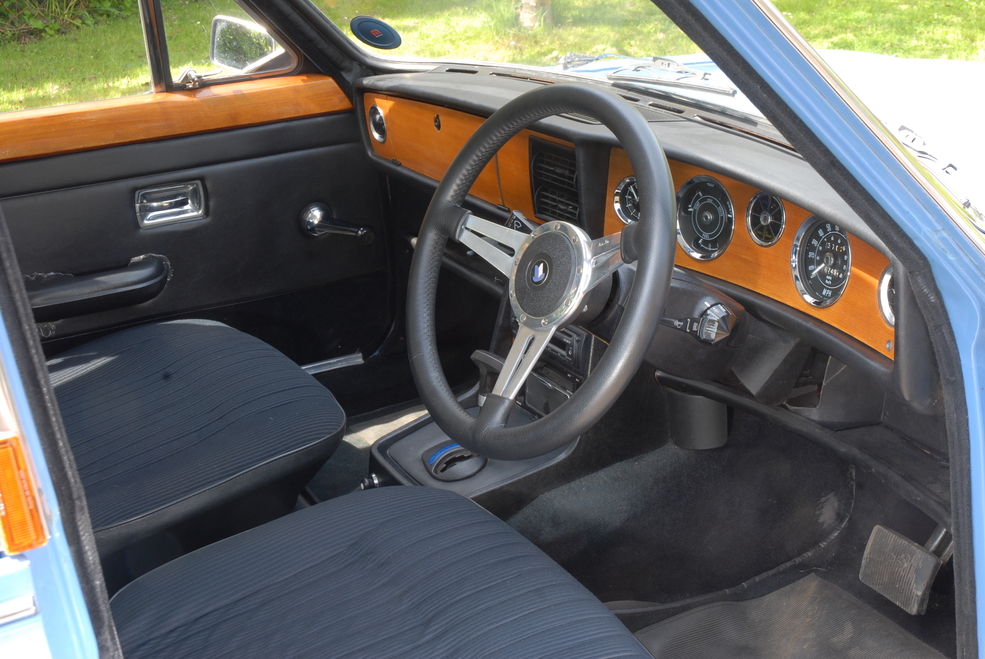 The woodwork can begin to look tatty but in extreme cases the veneer can be stripped off the teak base and that can then be lacquered and polished with good results. On cloth-trimmed seats the sunlight can gradually rot the fabric and the foam base which will then crumble away. It’s especially noticeable on the top edge of the rear seat and explains why many cars have been changed to the vinyl ‘Ambla’ trim. Cover sets aren’t available off the peg and the brown fabric is unavailable but you can of course have a trimmer reproduce the original covers in similar if not identical cloth. 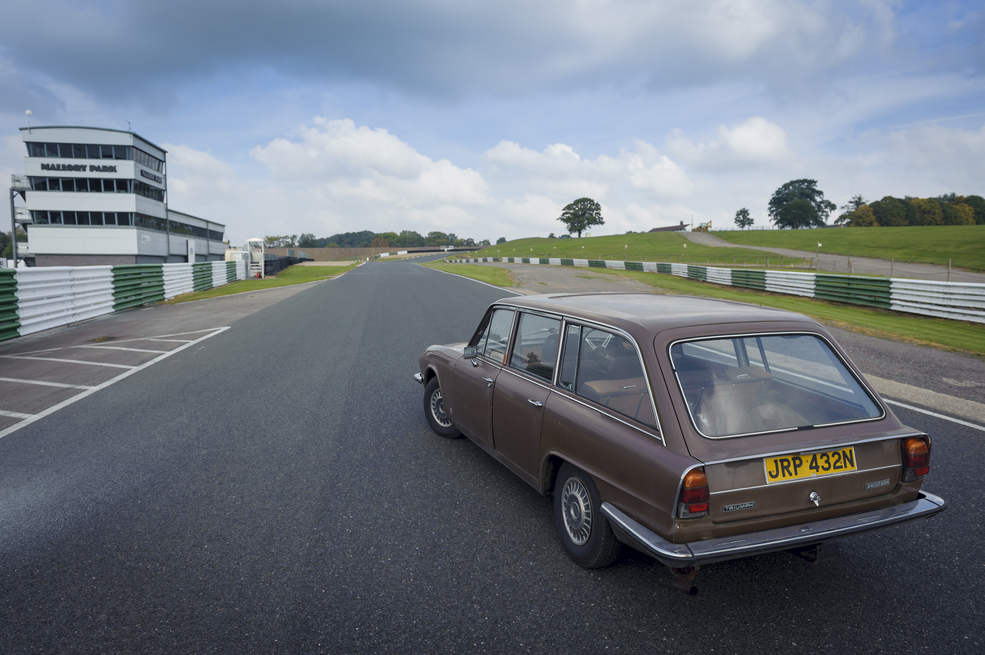 The suspension layout is essentially the same as used by Triumph for everything from the TR4a to the Stag and is relatively simple to work on, the exception being the rear wheel bearing which requires an exchange hub. Swapping the old perished rubber bushes to modern polyurethane items can make a big difference to the feel of the car and Superflex can offer the full range of bushes for the job. 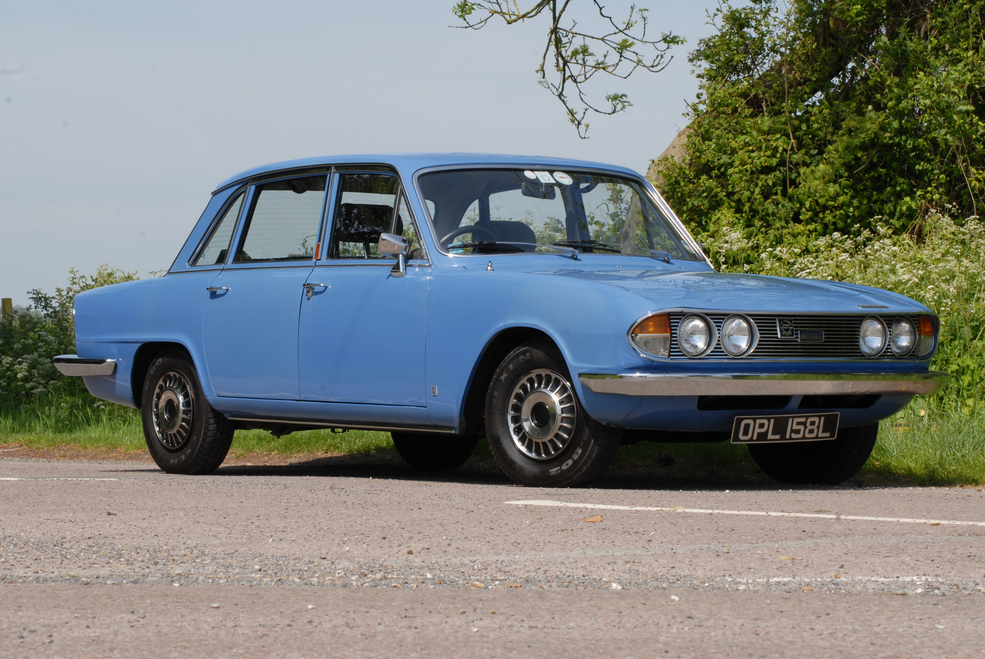 The standard 175×13 tyres are hard to obtain as they tend to be made infrequently in small batches in the required speed and load rating. If you do find some, check that they’re not caravan, trailer or van tyres. Currently the only choice is a Uniroyal tyre, although an easy solution is to switch to the 14-inch wheels from the Stag and go down to a 70-profile tyre to preserve the rolling radius. The problem is worse with the 185-section 13-inch rubber fitted to the PI, meaning your only choice is a specialist tyre supplier or a swap to Stag wheels. The Minilite-style wheel is another popular choice and both designs look good on these cars. 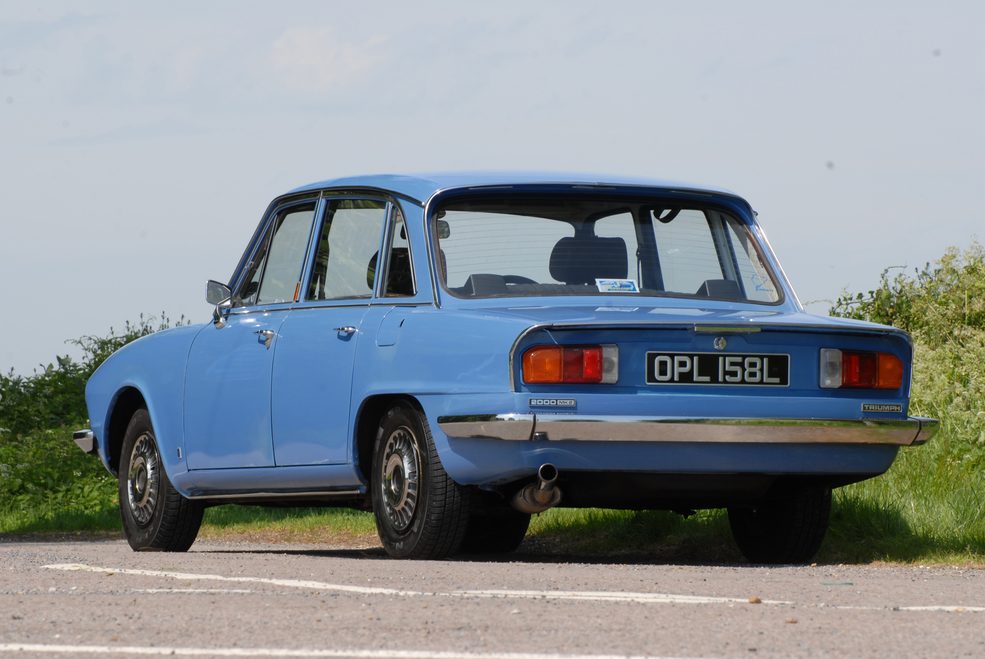 They may be remarkably similar in many areas to the TRs, but the saloons don’t command the prices of the TR4/5/6 quite yet. Budget on under £2000 for a project, for which you can expect a running car which is largely solid but will need restoration. Move up to £3000 and you’ll find roadworthy, MoT’d cars which can be pressed into use and tidied up as time and funds allow.

Move the budget up to £4000-£5000 and there’s a surprising choice of really quite tidy cars out there which don’t want for much at all. Expect a selection of both 2000 and 2500, with condition rather than model being the deciding factor. The nicest cars will run up to £5000-£7000 with extensively modified or motorsport-prepped cars being advertised for more. The estate is the rarest model and does carry a premium for the few that are available, so budget on at least £4000 for a useable example, with really nice examples offered at £7000 or more.