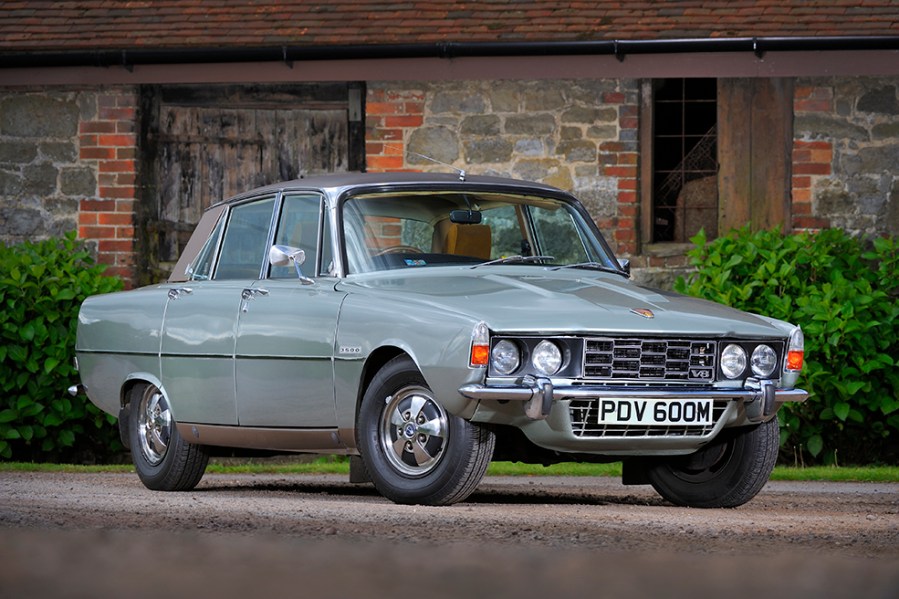 Is one of Britain’s most technically advanced saloons of the 1960s still a good buy today? With interest and values rising, here’s how to buy a Rover P6

In 1963 the choice was simple. You either drove a Riley 4/72 or a Rover P5 if you wanted to show you’d made it. If you couldn’t afford the big Rover or Humber equivalent, the upper echelons of the family saloon were the solution.

But Rover’s engineers begged to differ. They identified the market in between as being ripe to target with a new 2.0-litre class of executive sports saloon. Britain had come to see the Rover P4 as staid, but it was ahead of its time when launched, and the new car would follow that formula perfectly.

Early plans to fit the new car with hydropneumatic suspension and a gas turbine power unit were abandoned, but its base unit with unstressed panels mirrored the Citroën DS in its concept. A new engine was developed from scratch following the abandonment of the turbine programme – an overhead cam unit of 1973cc, which would be fitted with a single carburettor in the first examples, launched as the Rover 2000.

David Bache had penned a simple shape which was nonetheless up to the minute – and the beauty of the spaceframe concept was that if required Rover could perform outwardly comprehensive facelifts without changing the bare bones underneath. Modern materials made an appearance too – barring the first few, the wood trim was in truth Formica as used on all the best 1960s kitchen unit fascias.

Despite one minor facelift in 1970 the overall shape proved so right it remained unchanged until production ceased in 1977 after a 14-year production run. A total of 322,302 P6s were built, and with its successor the SD1 being developed under Leyland ownership, using Triumph-based straight six engines and being a technological step back in terms of its running gear led many to regard the P6 as the last true Rover product.

Almost 60 years on from its introduction though, is the Rover P6 range still one of the best family classics you can buy? 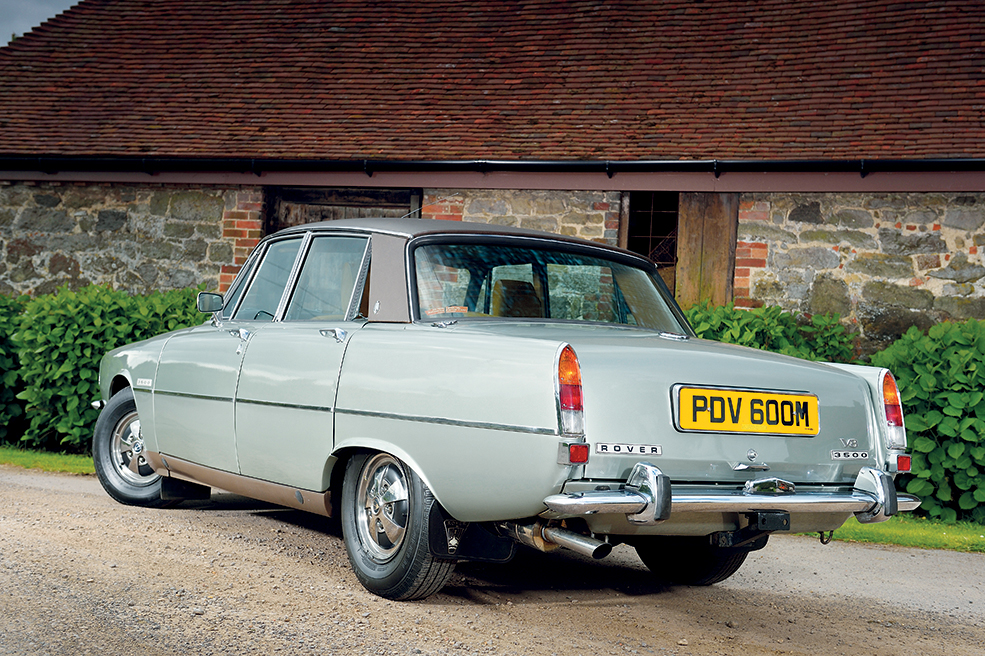 The bodywork of a Rover P6 can be deceptive owing to the way the car is built. It’s not what’s on top that matters, and the prettiest of cars can be hiding real horror stories underneath. The visible panels hang from a steel skeleton, meaning that what you see on top is irrelevant. Everything unbolts, so a pretty car that’s like a lace doily is just as likely as a scruffy yet solid example.

Check the D posts where they meet the sills for rust, which is easily done by opening the rear doors. Any rust here suggests that the rest of the base unit could have issues, as this is one of the few places you can see the base unit without dismantling the car. Check the B posts too, and make sure the doors aren’t dropping. A standard P6 door should click shut with no effort, anything less indicates issues. While round the rear seat area, remove the bases – a sharp lift from the front – and pull the sound deadening back. Any rust under here or in the wells either side is bad news, and it’s a known trouble spot.

The front suspension is cranked against the bulkhead rather than acting against the inner wings, so rust in the bulkhead is a structural concern. Check this area very carefully, in the front arches and under the bonnet. If it’s let go, walk away; there’ll be other P6s and it’s expensive to do properly. Repairs here cannot be cosmetic only, and there are enough good ones to make it a better bet to look elsewhere.

If it’s got the ‘Continental’ kit with the spare wheel on the boot check this out carefully, because many like the look but don’t realise that there’s more to it. There should be a cross-brace under the bootlid skin to support the weight of the wheel. If not, you could have issues with panel damage. 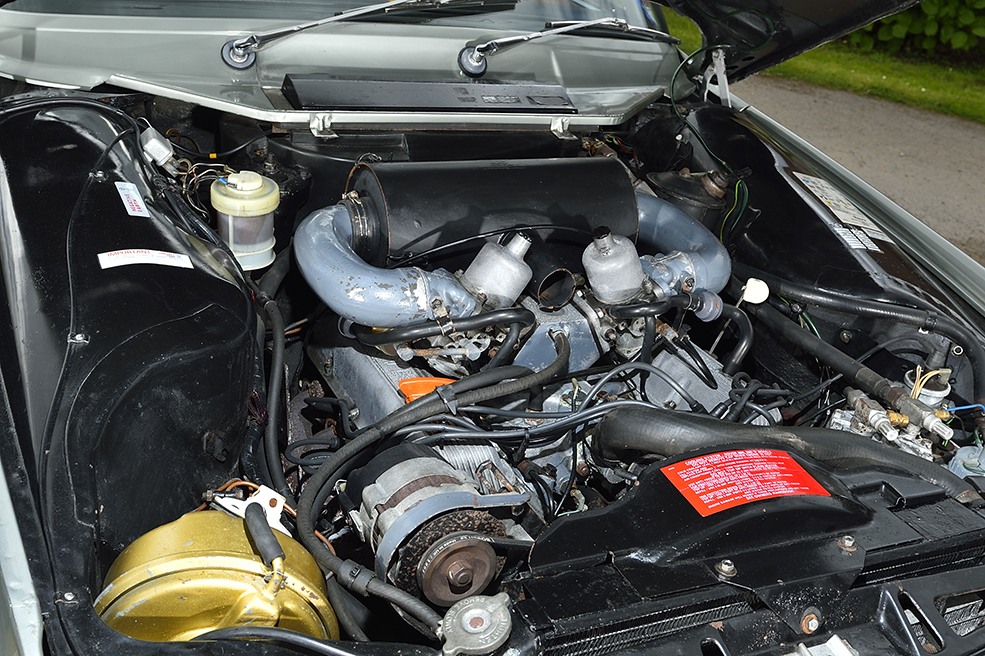 Neither the four-pot nor the V8 is known for being an especially weak engine, though it’s worth remembering a few pointers. The four-cylinder can last 100,000 miles between rebuilds fairly easily. They can leak water from the engine side plates, which if ignored can lead to overheating issues. Exhaust manifold flanges on the single carb cars can crack – the twin carb cars had a different head and different manifolds. A ringing sound suggests the lower timing chain needs replacing, while a clatter can suggest the same for the upper timing chain.

For the V8, check it’s had oil changes every 3000 miles and annual coolant changes – the coolant especially is key given it’s an alloy engine, and it needs to have a good ratio of antifreeze in the coolant. We’d be looking for 50/50, as per the four pot. Ignoring oil changes can lead to premature camshaft wear, along with the attendant wear to the followers and the rocker shafts. A noisy top end suggests the car’s not been looked after as diligently in this regard as you might have hoped.

Three-speed Borg-Warner autos are the standard of the day in the 2000 auto, 2200 auto and 3500 models, boxes which are well proven and feature in several of the P6’s contemporaries. They’re strong, though failures have been known – there’s a wealth of expertise in just about any automatic transmission specialist should you need it. The four speed manual alternatives all used the same gearbox, though uprated in the 3500S. Pleasant to use and not prone to early failure, regular fluid changes can help prolong their lives.

The servo-assisted discs all-round were excellent by the standards of their day, and the car should stop swiftly and pull up straight. However, the inboard rear brakes can often be neglected by home mechanics under the impression that they’re complicated. Calipers can seize, resulting in little or no rear braking effort. This will also affect the handbrake, which operates on the rear discs. Check for evidence of regular replacement brake fluid. 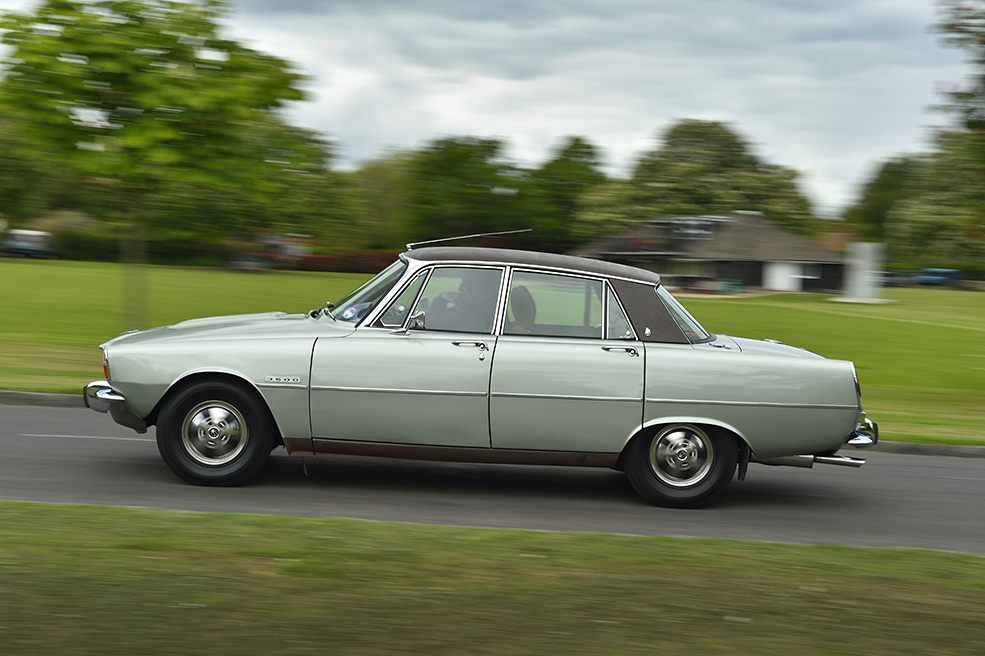 Most trim can be sourced, though if you’re looking at a car with a Toledo Red interior be aware that this colour is tricky to source and any replacement trim may need dying to suit. Leather and Ambla (posh vinyl) can be done by almost any trimmer, though many late cars were fitted with seats trimmed in a nylon material that can be hard to source or repair. Original specification material is no longer available, so you’ll need to find a compromise if your seats are damaged.

The ‘wood’ is Formica, so you have no lacquer or veneer issues to worry about except on the first 1963 and 1964 cars. These Formica strips are slid into position though and can move when doors are being shut; check that none have snapped. Replacements can be made, but it’s better to preserve the originals. Likewise original but worn leather seat facings can be revived with cleaners or dyes, and this is more cost effective than a retrim if there are no tears or holes. 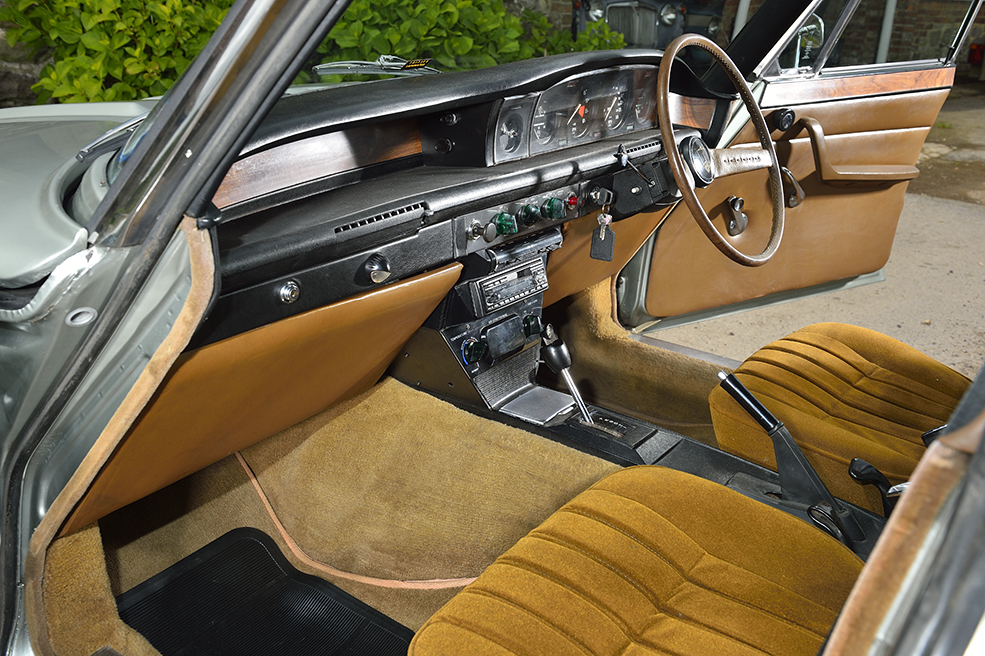 It’s easy to see why the P6 retains such a strong appeal not only among those who loved it new, but among generations of younger enthusiasts drawn to a unique mix of attributes. And better still, it’s one of the best-served 1960s saloons in terms of parts and knowledge availability, with several specialists and clubs happy to help the uninitiated.

It may not be a Citroën DS, but its loss is also its gain in that respect. Where the DS speaks unequivocally of France, the Rover takes its positive attributes and lends them a uniquely British spin. Not too big for the average garage but with space for four plus their luggage the Rover P6 makes a compelling case for itself as the ultimate family classic of the era.