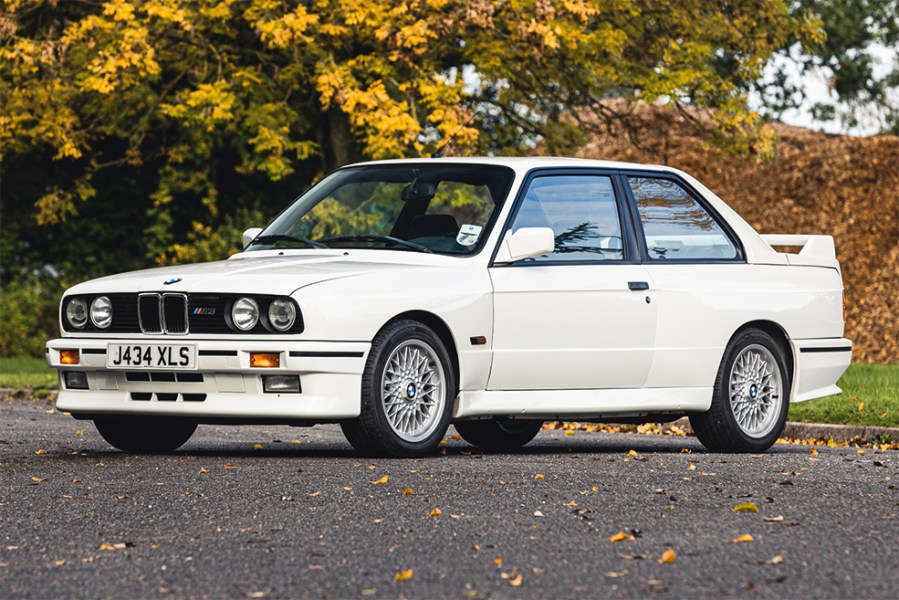 There seem to be a few ‘delivery mileage’ classics around at present – not delivery mileage since restoration, but delivery mileage since new. The most recent to ‘emerge’ is a Renault 21 Savannah estate – the geography teacher’s transport of choice in the early ’90s. This one, however was bought but garaged and never used, has under 400 miles on the clock and, at the time of writing, was on the market for £13,500. A 70-miles-from-new Hillman Imp has also been advertised recently.

Then, in the commercial vehicle sector, a 1980 Leyland Roadtrain artic tractor unit with 2500 miles on the clock, has recently sold at auction for £45,000 including premium. To put that into context, the current going rate for ‘normal’ Roadtrains like this is around £6000-£12,000 and the market is driven mainly by third-world demand for low-tech working lorries rather than UK preservationists.

This particular one spent its working life at the Perkins plant in Peterborough where it was used as a development testbed; it wasn’t even road-registered until 1990, and has never pulled a commercial load in its life. Thankfully, the ex-Perkins Roadtrain has gone to a Leyland-enthusiast haulier in Bedfordshire where it will be cherished.

But in reality, while effectively unused classics might sound like every enthusiast’s dream, the market for them is surprisingly limited. It’s easy to say “it belongs in a museum” and in many respects that’s probably right. The trouble is, though, that there aren’t that many museum spaces available and most museums have established collecting policies which it’s unlikely in the extreme will coincide with a vehicle which just happens to have been bought by someone who hardly used it.

Once upon a time, some main dealers might display something like this in their showroom, as a means of promoting brand interest. Nowadays, however, with locally-run family businesses giving way to big corporate concerns, it’s far less common; every space has to earn its keep.

Realistically, the only other options are to store it or use it. Using it is likely to be costly. For starters there will be some recommissioning to do, much of which will sacrifice originality. The 25 year old tyres, for example, would be part of the car’s appeal as a museum-piece, but to actually use the car with them fitted would be foolish in the extreme. It would also be unwise to rely on rubber hoses unused for a quarter of a century. And what about the drive belts or timing belt?

That, though, isn’t all the cost. Once you start to use something ‘new’ for the first time, you also start to devalue it, because it starts losing the very uniqueness that you paid a premium for. This shouldn’t really be any surprise; it’s exactly the same as a conventional new car losing a massive chunk of its value the moment it gets an owner’s name on the V5C and gets driven on the road for the first time!

The other option will be to preserve it as is, and there are, of course, people who are such fans of a particular make or model that they’ll be more than happy to own one which is great for showing and as an example of how a perfect restoration should finish up. This does, though, involve commitment, and don’t forget that after a couple of years’ stardom as the club’s show stand centrepiece, people usually start to lose interest. Yes, it might go up in value if owned medium-term. However it’s unlikely to appreciate by as much as it costs you to store, insure and maintain.

I’m just come up against this quandary. As many of you will have seen, the first issue of Kelsey’s new magazine Bargain Cars is now out. I’m Editor, and having researched the early Jaguar XF for the first issue’s cover feature, I’ve been sort-of thinking that I’d quite like one. It’s by no means a final decision, but all the same, I’ve been keeping half an eye on what’s available.

One that did come on to my radar recently was a 2008 example that had done just 3300 miles from new and could be bought for around £7700. On the face of it a £39,000 Jaguar with three months normal-use miles for around a quarter of the new cost was an interesting prospect. It was also the right model – diesel engine and Premium Luxury spec – and with 50-60,000-mile examples retailing for £6500ish, the low mileage premium seemed very fair…

But I decided against it. My principal concern was that as I would be buying it to use rather than conserve, I’d need to spend a grand at least on renewing tyres and other safety-critical stuff. This seemed to be reinforced by the MoT history including advisory references to split and deteriorated rubbers. So £7700 would become nearly £9000 on the road. Then there’s the possibility of other storage-related issues arising once a car that’s spent so long standing is put back into service.

The other concern was the longer-term future. My frontline cars typically do 18-20,000 miles a year, so in three years’ time the XF would have over 60,000 on the clock, and while that would still be low mileage for a 15-year old car, it won’t be anything like as exceptional as now, and a lot of the expensive faults typically found on 15-year old luxury cars – electrics, aircon and so on – aren’t actually that dependent on mileage.

So while ultra-low mileage vehicles are certainly interesting, it’s probably wise to think, before buying, about why you want it and what you’ll actually do with it once it’s yours.