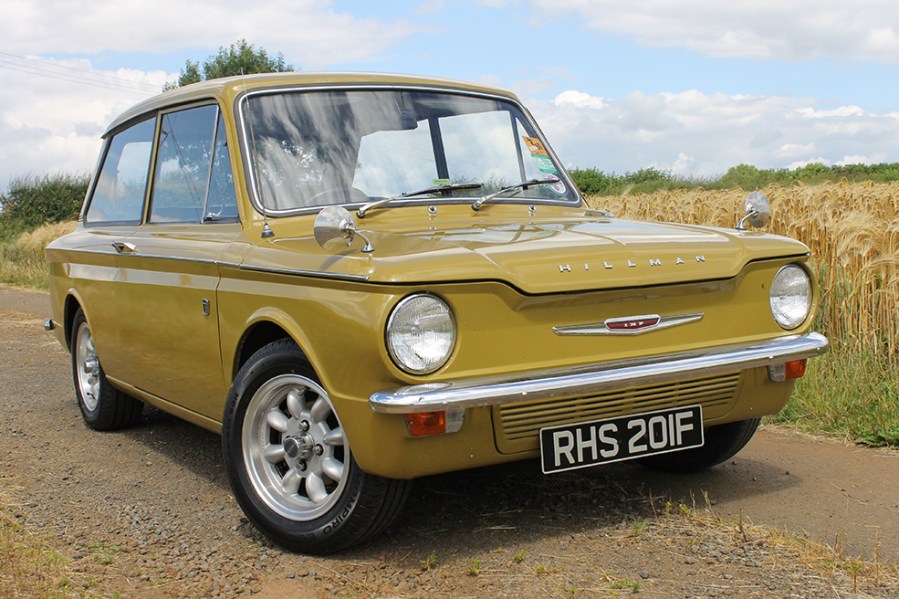 The ill-fated Hillman Imp has become a beloved classic thanks to its unique mechanicals, fun driving experience and cute looks. Here’s how to buy one

For the Rootes group, the mission statement was clear. By the mid-1950s, small-engined compact cars were a lucrative business but the company didn’t produce anything of the sort. Wanting a slice of the pie, Lord Rootes commissioned his engineering team to come up with an answer, though the project would turn out to be anything but straightforward.

Things started badly with the first concept, which looked a bit like a bubble car and was unflatteringly referred to in-house as ‘The Slug’. This didn’t go down well at board level, casting fears that such a vehicle would diminish Rootes’ carefully cultivated upmarket image. So it was back to the drawing board. Years passed by, but eventually the formula evolved enough to win some powerful fans, paving the way for the newly named Hillman Imp to enter showrooms in 1963.

The Imp was very different to many of its rivals. The engine, for instance, was an all-aluminium unit derived from a Coventry Climax racing engine, while the gearbox featured the rare luxury of synchromesh on all four ratios. The placement of the power unit was unusual too.

Instead of the common front-engine, rear-wheel drive platforms that most other British marques opted for, the Imp featured a rear-engine layout as seen on many European small cars. Ultimately though, this would render the car outdated upon arrival. During the Imp’s protracted development BMC launched the front-engined, front-wheel drive Mini and, after a couple of years to get used to the idea, the public loved it. This way of packaging a small car became the new standard, leaving the Imp, which had been cutting edge when conceived, trailing behind.

As a result, the little Hillman was deemed both inferior and odd enough to be alienating. Such a negative sentiment could perhaps have been overcome if the examples that did get sold proved to be trustworthy, but sadly that wasn’t the case. Difficulties during the car’s development phase meant that it was launched with an array of faults, ranging from defective chokes and throttle problems, to water leaks and a chronic tendency to overheat. These teething issues were eventually ironed out, but not fast enough to prevent the Imp’s reputation from being irreversibly damaged.

Compounding the Rootes Group’s woes, the petrol crisis of the previous decade had begun to fade, and the economy was strengthening, meaning that compact cars weren’t the hot property that they used to be. It truly was a nightmare scenario, and after having invested so much into the Linwood factory up in Scotland, the car that Lord Rootes thought would take his company to the next level was now crippling it instead.

By many accounts, the Imp was the car that killed the Rootes Group, however that label almost feels too harsh when attached to a vehicle with such charming quirks and excellent handling. 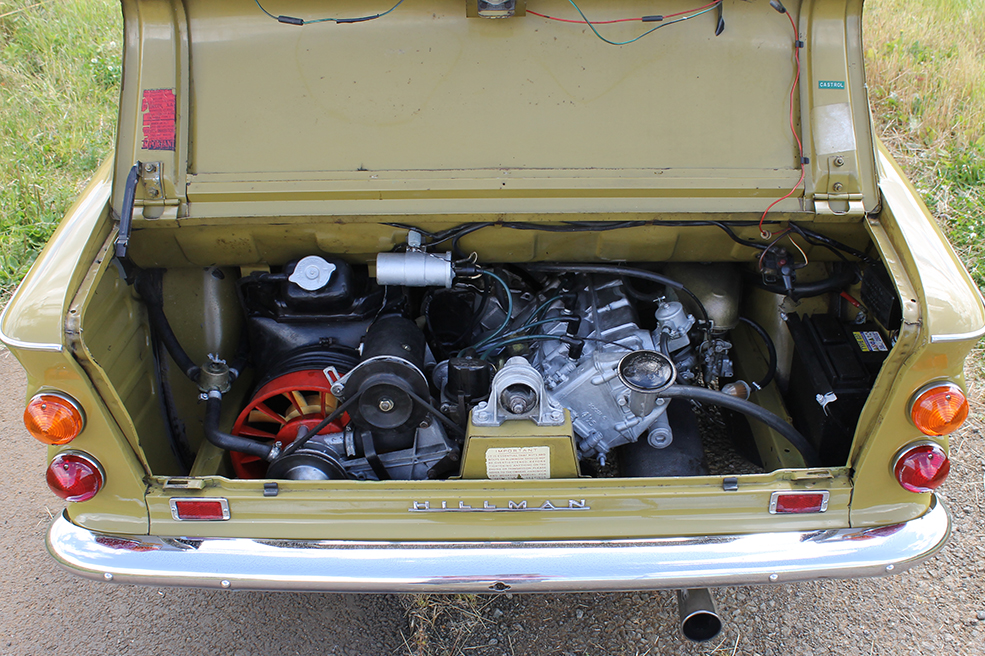 Let’s start with that peppy Coventry Climax power unit. If you want to avoid blowing up the all-aluminium block, then maintenance of fluids is paramount. Check that the car has the right levels of antifreeze and water in its system, as this is integral to the engine’s wellbeing. If neglected, the aluminium alloy will begin to corrode, resulting in flakes of metal floating around the radiator. Over time, this will reduce the radiator’s efficiency as it gets increasingly clogged, eventually leading to catastrophic overheating.

If everything looks as it should in the engine bay, then the next step would be to switch the ignition on and see if any blue exhaust smoke comes out the back. If so, the inlet valve seals are probably in need of replacing. At worst, however, you could be looking at worn piston rings or cylinder bores, in which case you’ll have an expensive engine rebuild on your hands.

So, if the smoke is persistent or if you have any doubts, it’s always a safer bet to walk away from the deal. If you’ve got this far without issue though, then it’s time to check the car’s service history. In particular, make sure that the water pump has been changed at least every 25,000 miles.

The synchromesh on the Imp’s two lower gear ratios can be quite weak. So, if shifting between first and second feels crunchy, that’s a sure sign that these components are in need of attention. Otherwise, laboured shifting, particularly higher up the range, is likely to be due to a worn bush at the base of the gearstick itself. The clutch pedal, meanwhile, should feel light under foot. If it doesn’t, then a hydraulic hose is probably to blame, or the slave cylinder might need replacing. 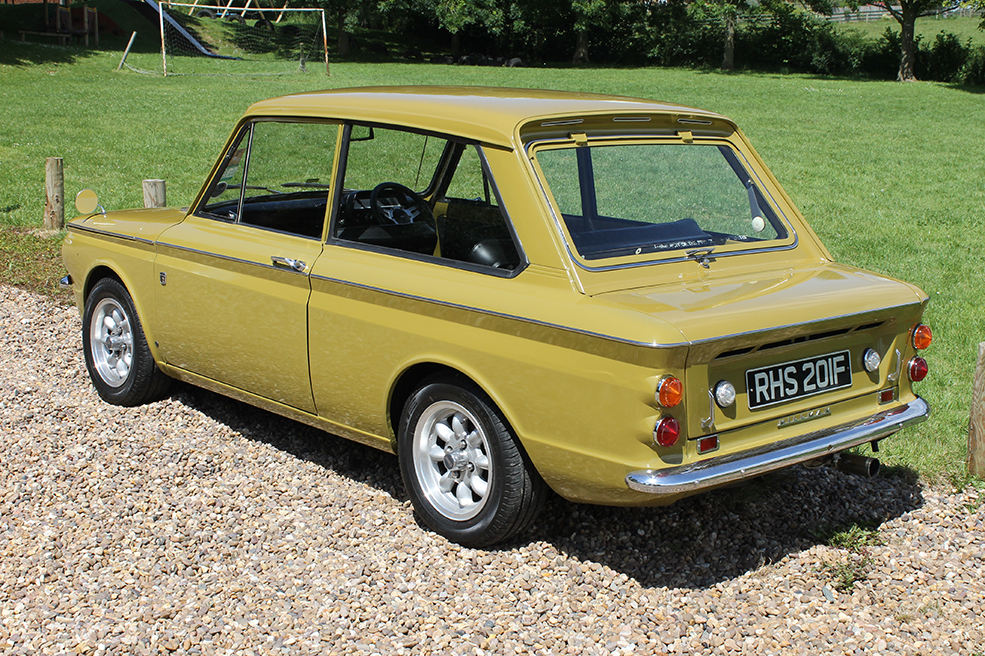 As with most cars this age, rust is the biggest killer of the Hillman Imp. The most important area to check is the sills, as these are a key structural component of the car. Elsewhere, you may find that blocked drainage tunnels have caused the bottoms of the doors to rust, while another obvious place to check for rot is in the wheel arches.

The rear arches are particularly prone to rusting, though do cast an eye over all four. If you need to have a new wing fitted, this can be a costly oversight.  The underside of the floorpan is also very vulnerable to the elements.

The rack and pinion steering in these should feel quite light, so if you find that it’s a bit of a battle to point the car where you want it to go, the kingpins and their respective bushes are most likely worn out.

As for the brakes, the Imp uses a rudimentary drum set-up. You might find that the air vent for the brake master cylinder has become blocked over time, and if this is the case then it’ll cause a brake binding effect due to the wheel cylinders remaining engaged when they shouldn’t be.

Happily, braking issues usually aren’t too expensive to put right on the Imp, though in this day and age, you might as well just upgrade to a set of discs on the front.

Rusty suspension is expensive to put right, whether it be the mounts or the swing axles. 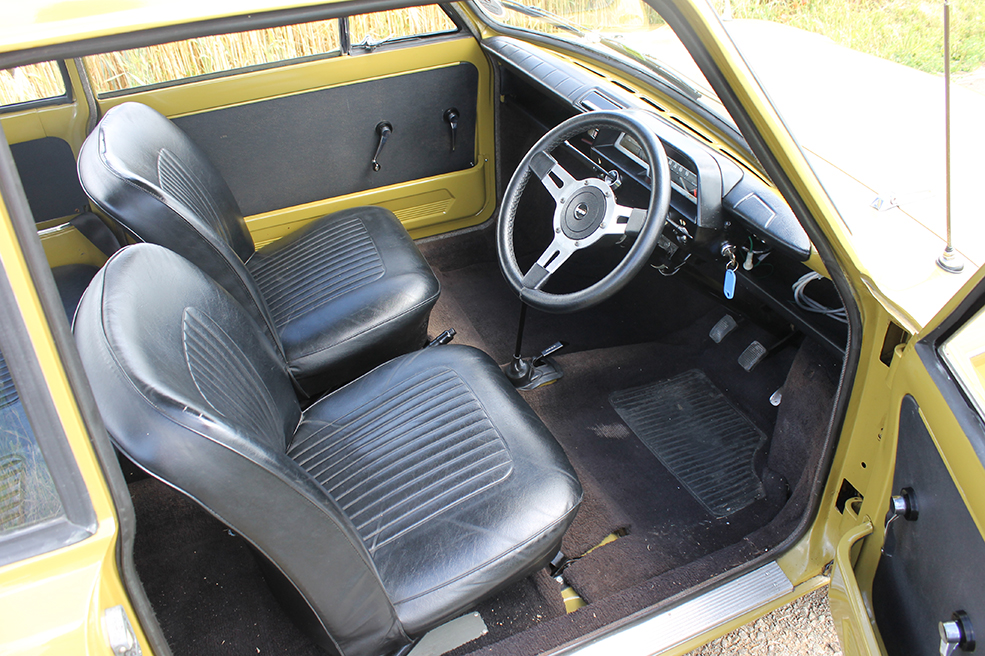 The Imp’s basic interior and electrical system mean there’s little to go wrong – but if something is awry, the wiring loom is fairly easy to get to grips with. Check that all the displays read properly and that all the input controls work. As for the interior fabric and trim, replacements are hard to come by; depending on the scale of  upholstery repairs required, authenticity may need to take a back seat.

A victim of circumstance, the Hillman Imp can surely be forgiven for its failings now that it has reached the age of classic status. A well sorted example remains huge fun to drive, while the car’s unique yet simple mechanical layout makes it a fun project for DIY tinkerers.

Values haven’t quite hit those of its stratospheric Mini rival but are firming up as good cars become harder to find. We’d suggest spending a bit more on a rust-free example to avoid spiraling bodywork costs – then embrace the Imp’s strong parts and club support.