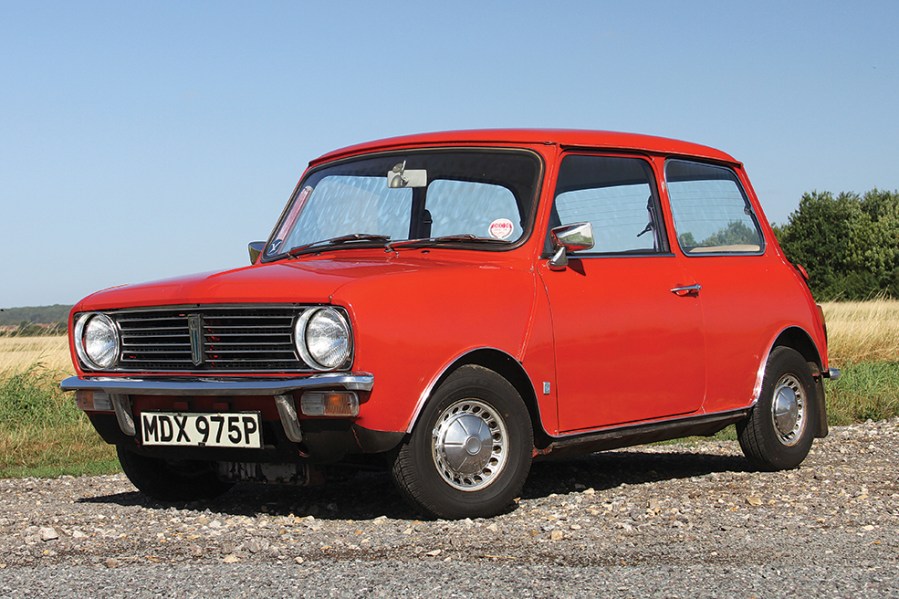 The 1969 facelift proved controversial amongst Mini fans – and even more so with an automatic gearbox. But how does the Mini Clubman stack up today?

Classic car confession time: I’ve never driven a classic Mini. It seems odd for someone who works almost exclusively with old cars and who loves small cars on principle, but I’ve never had the opportunity to sample a Mini. Even calling it a “classic Mini” is unusual for many of you, I’m sure – being born in 1998, I’d only just about started school by the time the final Rover Minis were being built.

For anyone older than about 30, a classic Mini (referred to from here on as a Mini) was a common first car, but by the time I was learning to drive, they were well out of banger territory. A roadworthy example of even a 998 City would’ve been almost £4000 and working in fast food at the time, I couldn’t afford anything like that. This led me ultimately to my Fiat Seicento Sporting as my first car, which subsequently led me to Italian car events and clubs rather than British ones, so I’ve never actually known anyone with a Mini, let alone driven one.

When our sister title Classics Monthly picked up this 1976 Clubman, then, I finally had the chance to drive the car that most enthusiasts reckon you haven’t lived until you’ve experienced. This was a big moment.

The Clubman itself was a big moment, too. By 1969, the Mini was a decade old and BL felt that it couldn’t trade on reputation any longer and needed a fresh face ready for the 1970s. Ex-Ford designer Roy Haynes was brought in to give the previously cute Mini a touch more aggression and bring it more into line with its then-new Maxi big brother.

Being British Leyland, however, it was done on a shoestring: the sidelight/indicator units were straight from the Maxi and the black aluminium grille looked to be a smaller version of the Maxi’s too. It sounds like a typical BL mish-mash on paper, but it translated to reality surprisingly well. The short-and-squat Mini suited the new square-jawed front end and by sharing its face with the Maxi, it unified the look across the model range. 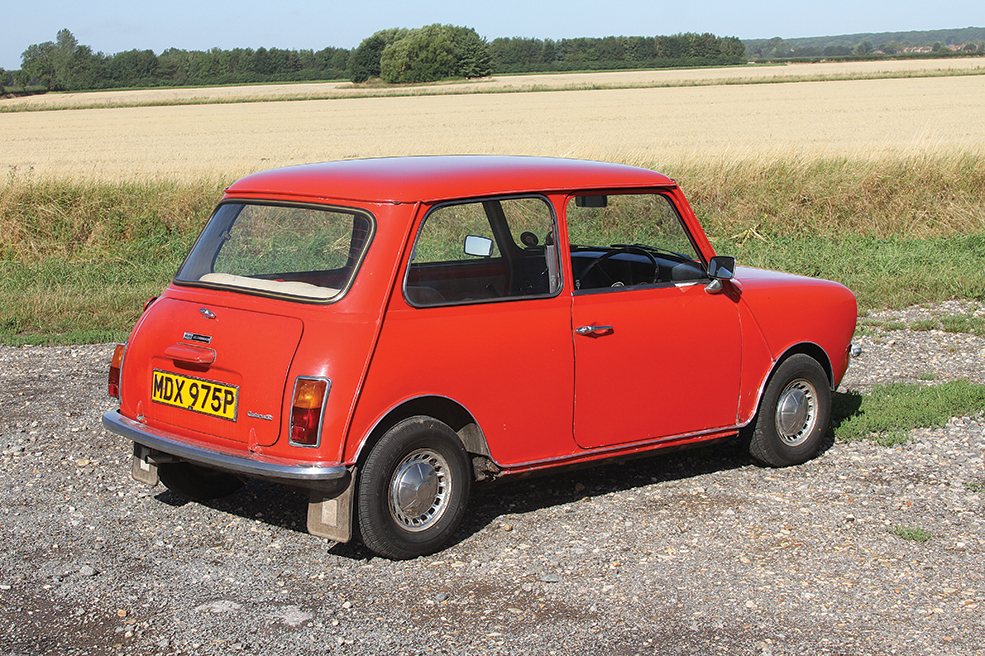 It was a Marmite facelift, with many embracing the new style and others lamenting the loss of the familiar face. For many years, this division continued with values of the Clubman substantially lower than like-for-like Mk3s, but controversially, I actually prefer the squarer ’70s styling.

The days of a Clubman being the cheaper option might be numbered, however as 1275GT values can top £20,000 these days and with many 1970s designs and facelifts gaining fans, the Clubman is no longer the unloved Mini.

Whilst the styling divides opinion, the new-found space was unquestionable – by squaring off the nose instead of the wings curving down into the bonnet edge, the engine bay offered far better visibility and access for work than any Mini previously. Say what you will about the looks but if you’ve got to work on a Mini, you want to work on a Clubman.

That easier-accessed engine bay housed a few different engines over the Clubman’s 11-year life, but the car pictured is the venerable 998 A-Series, boasting 40bhp. This particular car, however, sports the lesser-spotted automatic gearbox. Most enthusiasts steer clear of automatics in any car, let alone a Mini, but the transmission represents an impressive bit of packaging if nothing else.

This is a four-speed automatic gearbox that’s entirely contained within the sump of the 998cc engine, no mean feat considering you’re not exactly spoilt for space under the bonnet of a Mini to begin with.

And what of this tiny, tightly-packed gearbox? Well, it’s not half as bad as you’d think; the gearing is incredibly short, with first and second done with by 15mph – apply normal throttle and you’ll be in top gear by 30mph. This is not a transmission geared for touring. 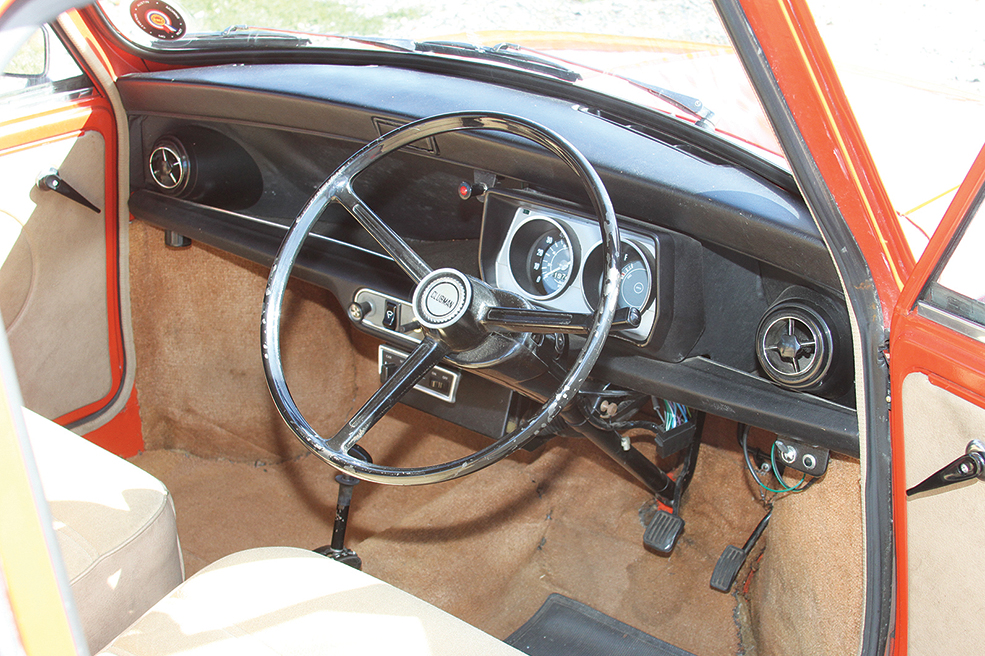 Once you start driving it like a Mini, however, the auto box is game for it, kicking down readily, holding onto the revs and making the most of all the power the 998 produces. It’s by no means a fast car, but it’s willing and I surprised myself a few times with how quickly and easily it got up to speed.

I’ve got little previous experience with the A-Series but all I’ll say is this: those that mock Honda engines for having no torque clearly haven’t experienced a 998cc Mini. You have to keep it on the boil to maintain any speed, but that’s what a Mini is all about. I spent two hours bashing down Fenland roads, not once exceeding the speed limit but almost permanently grinning.

I can’t say anything about the Mini that hasn’t been said before, but all those old clichés are true – it’s bouncy, it’s noisy, it’s darty, sharp and responsive. All steering inputs translate directly to the car changing direction and only the best sports cars feel this responsive to drive.

Even as an automatic, however, this isn’t a refined car. The equipment levels wouldn’t be alien to Morris Minor drivers, the road and engine noise are substantial and the Clubman’s blunt nose makes wind noise at high speeds even worse. That said, the Mini was never a GT car and whilst the squarer front makes for weaker performance and economy next to an earlier Mini, the Clubman – particularly comparing the hot 1275GT to a Cooper S – was, and remains far cheaper to buy and insure.

Once you come to a village and slow down, so does the gearbox, the revs dropping as it shifts almost immediately to fourth and it’s perfectly happy in traffic. I’ve driven ten-year-old automatics that don’t shift as smoothly as the four-speed unit in this Clubman. If you live and (still) commute in town, you could easily daily drive an automatic Mini and when you got up for a Sunday drive, you wouldn’t be left wanting for a manual.

A 998 Clubman Automatic is arguably the least desirable ‘classic Mini’ (sorry…), but I absolutely loved it. Now I’m imagining how good the 1275GT must be.