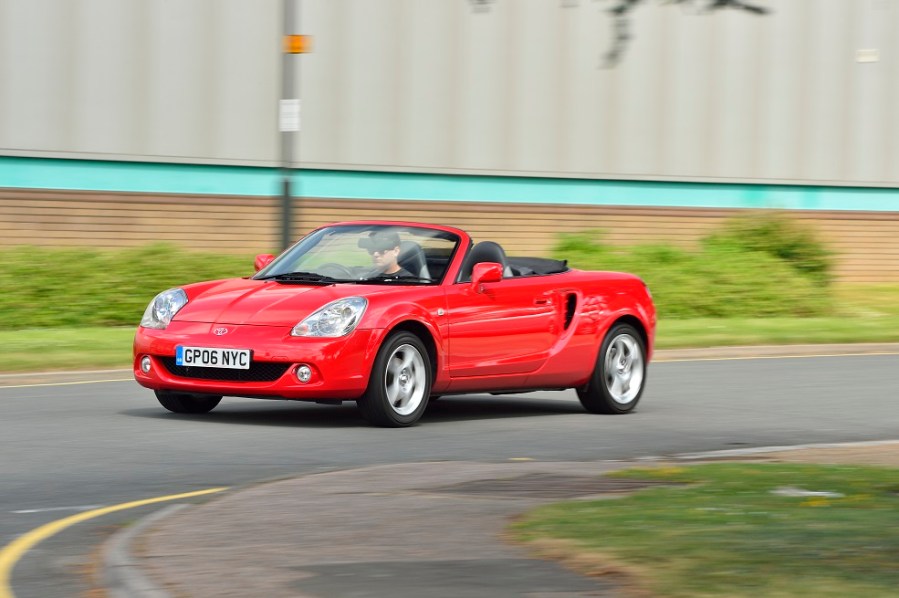 Take a chance today on some of these up-and-coming modern classic roadsters while you still can. We take a look at some bargain buys this winter.

The third generation of the Toyota MR2 was a completely different animal to its predecessors. While before cars were powered by turbocharged units familiar to the modified community, the new gunner was a lightened, tamer mid-engined sports car aimed directly at its Japanese rival, the MX-5.

Toyota decided to simplify production across all markets and offered just one engine across the board, the 1.9-litre 1ZZ-FE engine also used in the 7th gen Celica, which produced 138bhp. Tie that up with a 960kg kerb weight and you had a genuinely lively car that lived up to its sports car thrills. The biggest weapon in the arsenal was its ability to be driven so easily day-to-day. This was a modern sports car that gave classic car thrills but tied in with modern reliability. The best bit? Today they’re absolute bargains. You’ll get away with a sub-£1000 budget; but beware of catalyst problems that can cause engine failures. 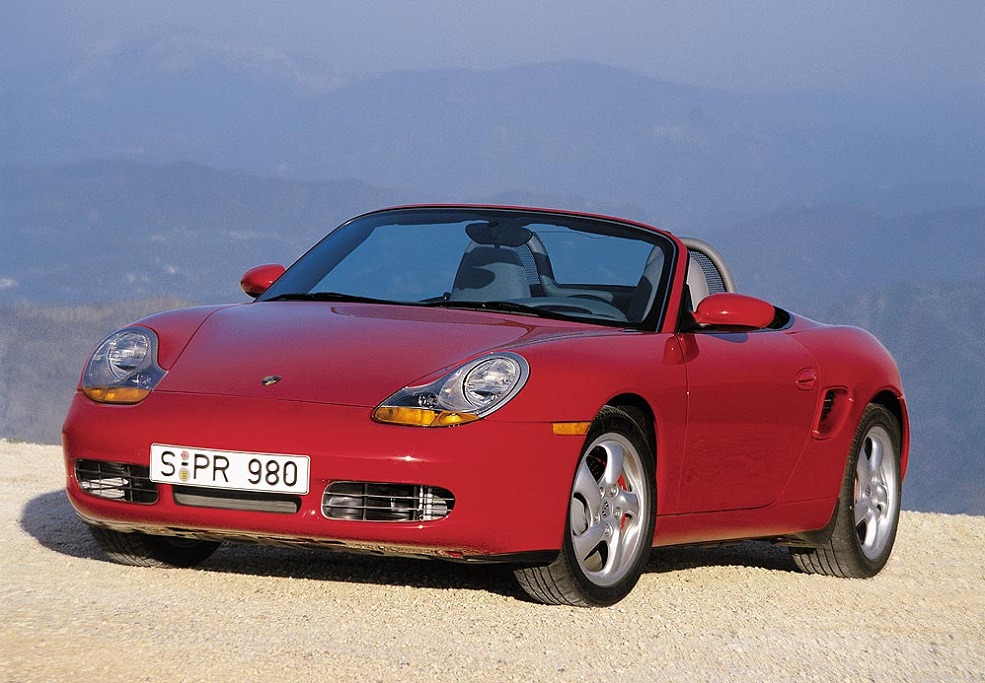 Inspired by the iconic 356 Speedster and Porsche 550 Spyder from the 1950s, the Boxster emerged from a 1992 Harm Lagaay prototype with the first production examples leaving the old Porsche 928 production line in Stuttgart in 1996, codenamed 986.

It goes without saying the two-seater open top Boxster is a thrill to drive. Even the humble 2.5 will feel quick; it does 0-60mph in just 6.9 seconds and will go on to a top speed of 149mph. Its scalpel sharp steering response, impeccable road manners and assured handling will make even the most novice driver feel special. Indeed, the chassis has all the tenacity of the 911’s but with superior agility, fluency and control due to its mid-engine configuration.

The fact that the Boxster looks so much more exotic than it is – and totally classic – is another bonus given its thoroughly modern underpinnings and tantalisingly affordable price range. Want one? You’ll only need around £5000 for a 2.5 example. 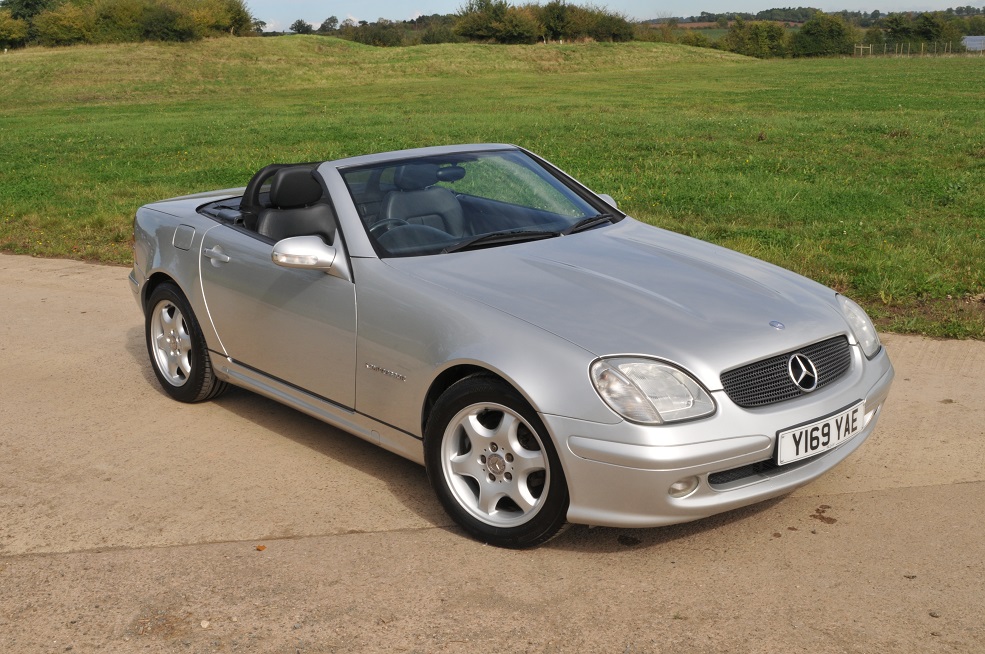 Although the MX-5 kickstarted a wave of roadsters, the Mercedes SLK, in reality, was the class above. IT was born out of Mercedes’ realisation that it needed to expand it’s range, thus spawning the ML-Class, A-Class and SLK; it wanted more youthful buyers, and the SLK was the recipe for that.

Development began in the early ’90s, based on a shortened version of the yet-to-be-released ‘W202’ C-Class platform and suspension with the folding hardtop part of the brief from the start, the idea being to differentiate the car from the cheaper soft-topped roadsters on the market. It made its debut in concept form at the 1994 Turin show and subsequently launched in 1996. Its popularity was proven with a two year waiting list from the off.

While the four-pot offerings came first, you really want the later 2000-onwards cars that came with a 3.2-litre V6 motor, which was joined by a supercharged AMG version in 2001, before being replaced altogether by the R171 in 2004.

As a rival to the Boxster and the Z3, the SLK presents itself as a brilliant alternative.  An AMG variant is going to cost you upwards of £8000, but if you want the style without the running costs, a four-pot can be had for around £2000. 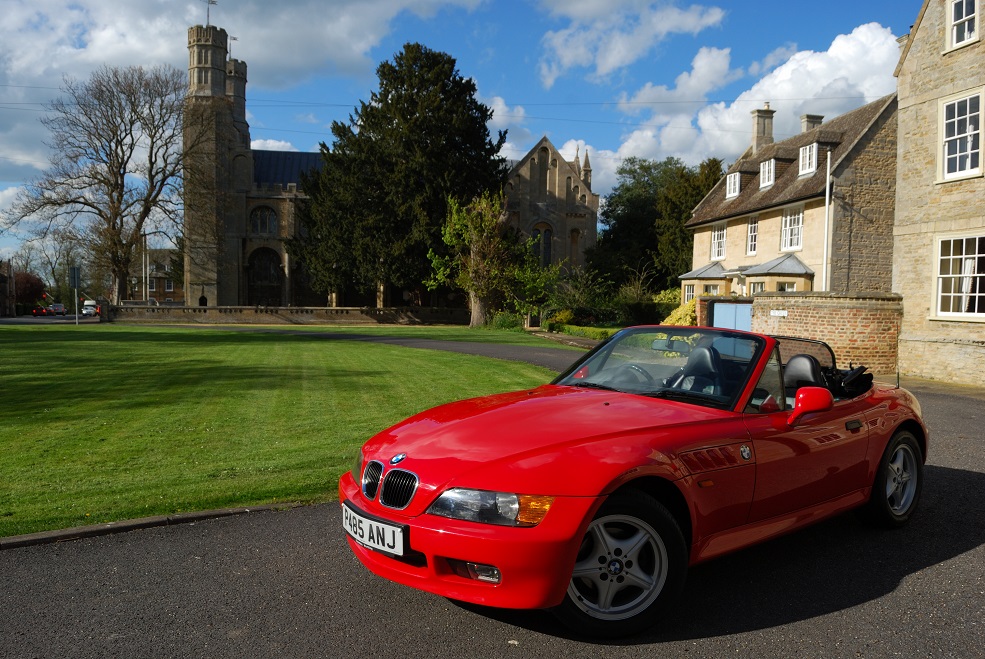 No doubt the Bavarian firm’s corporate history will tell it differently but BMW’s Z3 was yet another 1990s open two-seater inspired by the success of the MX-5.

Today, the Z3 is a reminder of a different era at BMW, with the idea of anything simple having long ago been swept aside in the rush for electronics and hybrids. As a modern classic today, the Z3 makes a great case for itself and much like the MGB, the number of parts shared with mainstream saloon models makes it easy to own. You’ll need around £2000 for the lowly-powered models, while the top Z3M roadster sits at £15,000, the coupé version you’ll need closer to £30,000.