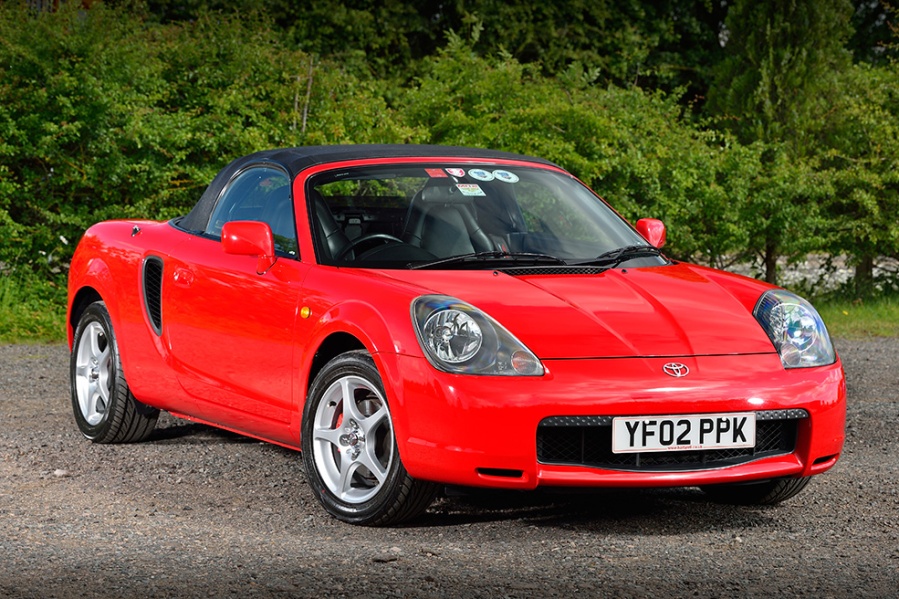 The third generation of the Toyota MR2 was a very different animal from its predecessors – and is great value today. Here’s what you need know if you’re thinking of buying one

Toyota’s third-generation MR2 was launched in Japan a few days before the 1999 Tokyo Motor Show and in the same month that Toyota’s cumulative passenger car production reached 100 million units. On the Japanese market it bore the same ‘MR-S’ name as a concept car displayed the previous year, but in Europe and the USA the car was known as the MR2 Roadster and MR2 Spyder respectively.

Incredibly, the new model weighed significantly less than the first-generation car (from 960kg) while also offering a substantial specification level, a feat partly achieved by deleting the rear boot and therefore the fifth bulkhead. Instead, luggage capacity was improved by adding a full width, 78-litre storage space behind the seats.

In line with Toyota’s decision to simplify production for all markets, one engine was offered throughout the world: the all-alloy 1.8-litre DOHC 16v VVT-i 1ZZ-FE unit also used in the seventh-generation Celica. With 138bhp on tap the new car was decently powered, boasting the highest power-to-weight ratio in its class. It was particularly praised in the motoring press for dart-like responsiveness through the major control systems and its outstanding handling dynamics.

Like the previous generation car, the Toyota MR2 experienced a fair amount of attention from Toyota-affiliated tuners and the Japanese aftermarket. Special editions like the Modellista Caserta, VM180 TRD, VM180 Zagato, and TOM’S W123 were produced in very limited runs.

However, the biggest official change came in 2001 when the manual gearbox was joined by an optional five-speed (and later six-speed) SMT ‘Sequential Manual Transmission’. This marked the first time that a sequential gearbox was fitted to any Japanese car, and because the clutch engaged automatically, it allowed the driver to change gear without having to lift off the accelerator.

A global slowdown in the sports car market in the new millennium had a clear effect on sales of the MR2. Annual sales figures that were initially counted in the tens of thousands slowly dropped to thousands, and then into hundreds. Sales of the MR2 (and Celica) were concluded in the US and Australia at the end of the 2005 model year but continued in Japan, Mexico and Europe until 2007 when production finally ceased. 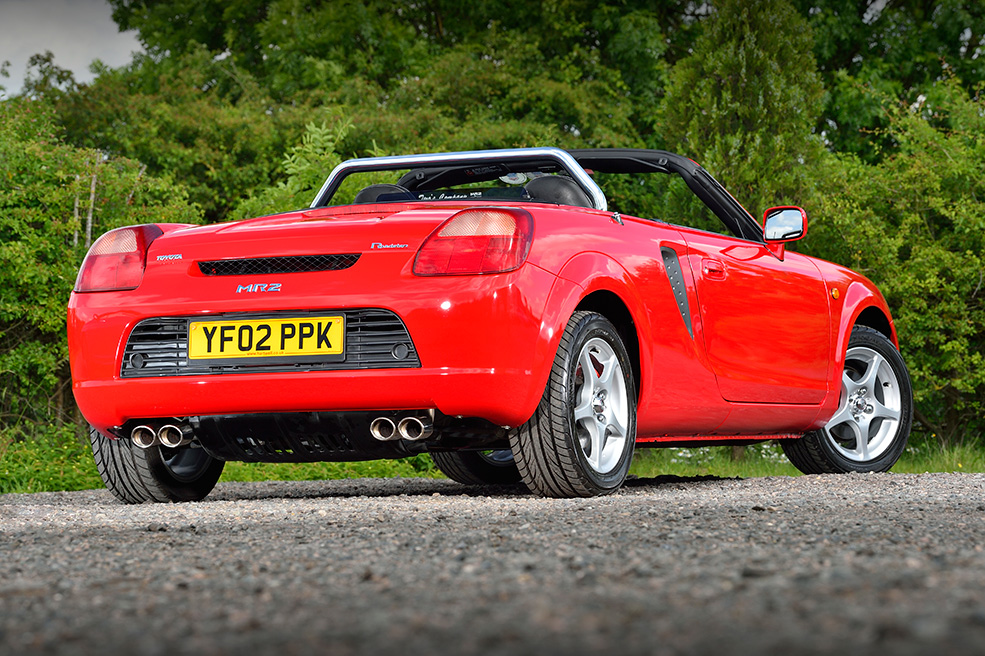 Part of a car’s appeal is the way it looks; and unfortunately for the Mk3, it returns differing opinions on its likeability. Some like the small defined curves, and some even go as far as to say that the front end has a Porsche look to it. At a glance, perhaps in your rear-view mirror, you may mistake it for a Boxster.

Nevertheless, the real defining point of a car’s appeal is the drive and the Mk3 doesn’t disappoint. If it’s cheap, open-topped driving you’re after then it is difficult to pick a better companion. Around town the Toyota MR2 very pleasant to drive; comfortable with brilliant visibility. The addition of power steering makes tighter, slow corners an ease and it’s so small that parking it is an absolute doddle.

When the going gets tough the Toyota MR2 is more than capable with keeping up with traffic or attacking a B-road with precision. Turn-in is sharp and the brakes are strong. If there was a negative it would be a lack of character from the engine; while it revs out well enough, it doesn’t sound happy doing so. We can see why some opt for the 1.8-litre engine also found in the Lotus Elise, which seems to pull harder and with a nicer tone.

Surprisingly, the MR2 is almost practical too. Behind the seats there are two removable hatches which allow enough space for a set of golf clubs to be carried. Here’s a fun fact: Japan is passionate about golfing, and being able to fit a set of golf clubs in the car is a genuine plus point for Japanese manufacturers. If you’ve ever looked at some of the small stickers placed internally in a Japanese car (particularly the grey imports), you’ll almost always find one that talks about fitting golf clubs inside. Often the English translation is placed next to it! 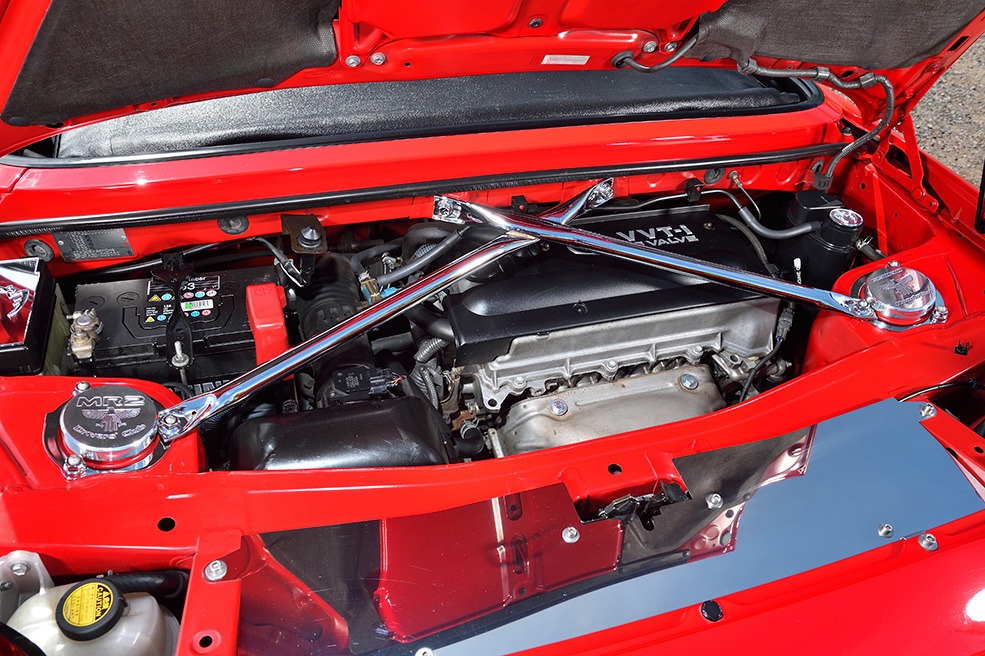 The biggest Toyota MR2 engine issue is pre-cat failure, which occurs more frequently on pre-facelift cars (pre-2003). The issue is that the catalytic converter breaks up in the exhaust manifold and bits can make their way back into the engine, causing failure, which then can be costly. Ask if the pre-cats have been removed or replaced recently to avoid huge issues. Most opt for a de-cat pipe as the main catalytic converter will be enough to pass an MoT.

Signs of the pre-cat issue are the lambda oxygen sensor warning light and excessive oil consumption. The facelifted cars had revised piston rings and a more secure catalyst matrix, but that’s not to say that the issue won’t occur.

The other common issue with the Mk3 MR2 can be the oxygen sensor failing. There are three in total, but the one in question is fitted after the main catalytic converter. It’s a bit of a faff to get to and a replacement OEM part from Toyota can cost around £150, although aftermarket parts are available for considerably less.

The 1ZZ-FED engine is a reliable unit on the whole that provides punchy performance. Those wanting more power sometimes opt to fit the 1.8-litre supercharged 2ZZ engine fitted in the Lotus Elise. Others opt for the V6 Camry engine, but this requires modifications to the gearbox in order to cope with the extra torque.

When it comes to the bodywork, the positive thing to note is that the exterior panels bolt directly to the main shell, which means that should panels suffer from damage, they’re relatively trouble-free to fix. That being said, make sure any cars that have seen damage don’t suffer from excessive panel gaps or shoddy repairs.

The soft top fitted as standard comes with a rear glass window to help protect the interior from the elements. Be sure to make sure that there are no tears in the hood before buying – or consult our video guide above if you’re buying a project and fancy changing it. Some cars were fitted with the optional hard top, which also meant that air conditioning came as standard. These cars carry a premium.

That being said, be sure to check whether the owner had the hard top fitted or it was optioned from factory, as Toyota sells the bracket separately for those wanting the swap later.

The hood is a simple unclip-and-push-back mechanism, with little to go wrong. It’s strong and durable, but of course check around the rear window as they can crack if the hood hasn’t been folded down correctly. A wind blocker can be pulled up from behind the seats in order to decrease unwanted buffeting in the cabin.

Be sure to check the drain holes for the hood, which exit through the side-mounted air vents. These can become clogged up, which in turn will lead to damp getting into the cabin behind the seats. It’s worth clearing the drain holes every year and it’s a simple job to reach the drain plugs and flush them through, though some cars with aftermarket air vent covers may make access to the drain plugs trickier. 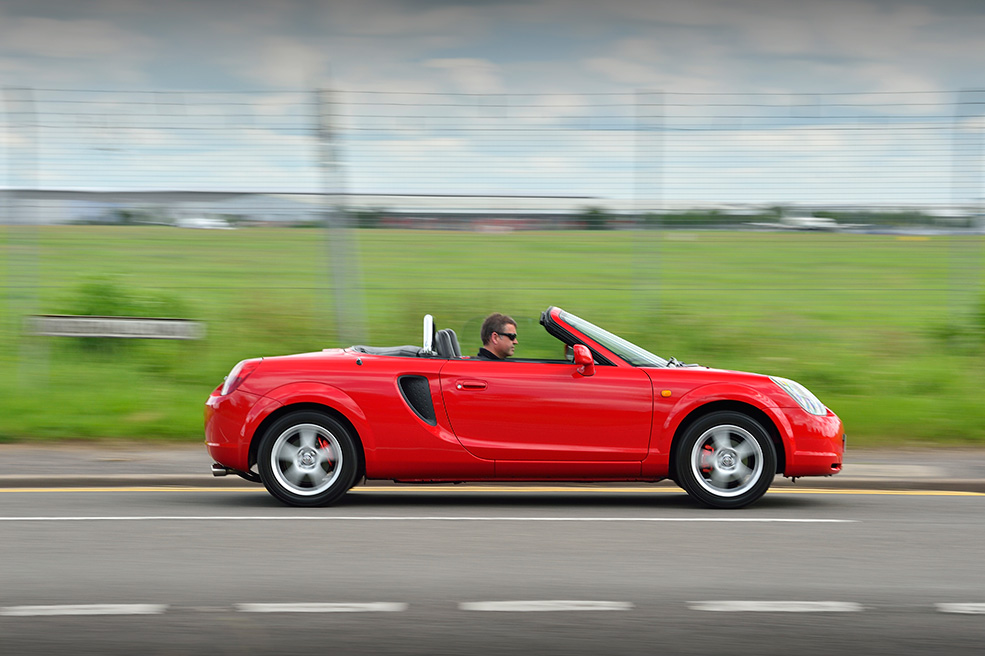 Although there had been no complaints about body stiffness with the original third-generation Toyota MR2,  braces were added to the front and rear suspension for the facelift model, which make the body’s structure even more rigid. At the same time, Toyota also added improved spring and damper rates to further fine-tune the ride and handling. This was also because the company switched to 16-inch rear wheels in place of the earlier 15-inch items.

It’s worth noting that the MR2 is very susceptible to tyre pressures. As a result, those slightly under-inflated or over inflated will greatly impact the driving characteristics.

In 2004, Toyota improved the MR2’s body rigidity by adding crossmembers under the front of the car, which was done with the aim of upgrading the body’s occupant safety for crash testing. New braces for the rear bumper were employed, as well as new rear struts and floor to sill areas. Improvements to the floor pan and tunnel further stiffened the bodyshell.

An area to check when buying a Toyota MR2 is, oddly, the wheels. The aluminium is known to pit and corrode more easily than on other alloys. This will not only make the wheel look scruffy, it weakens the wheel itself. With Britain’s pothole heavy road-network, the last thing you want is a cracked alloy. You’ll need to budget for a refurbishment or replacement set if the allows look corroded.

On the whole, the chassis is strong and as examples are generally less than 20 years old, you shouldn’t be too worried about rust or similar issues that would affect cars of a greater age. 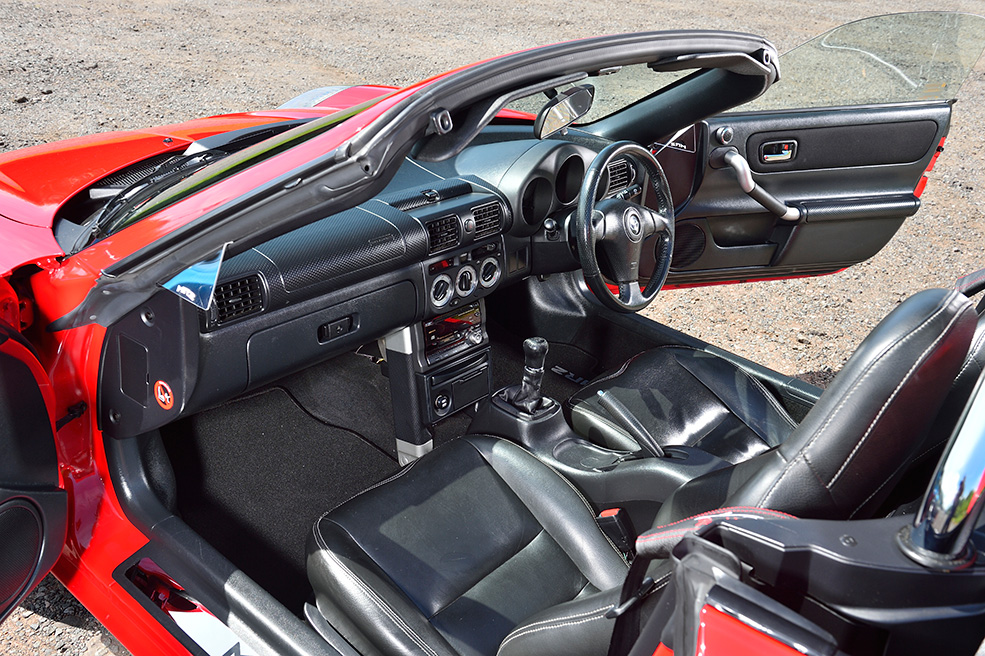