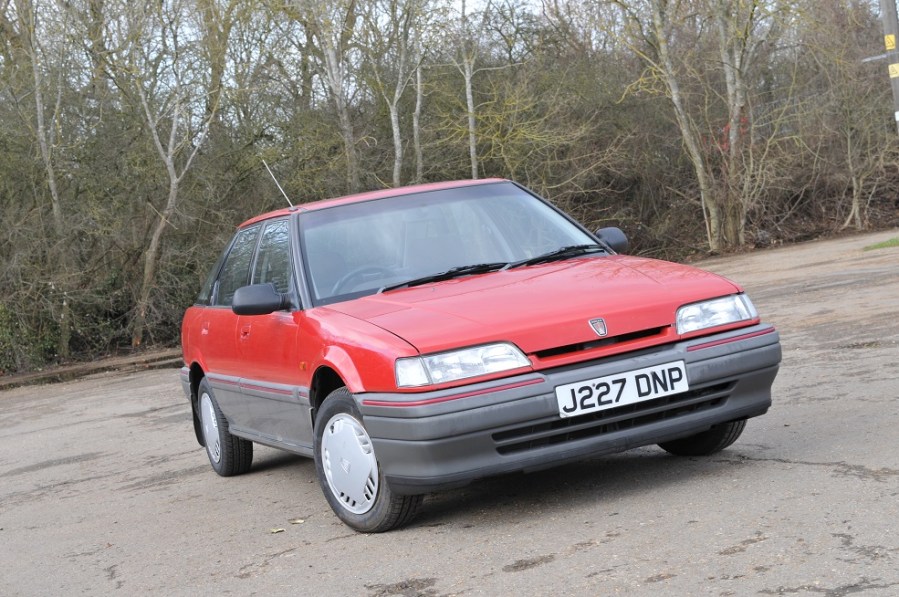 The 20-year Rover/Honda collaboration produced some respectable models that revived Rover’s reputation. Here are our favourites

Many cite the R8 200/400 – otherwise known as the Honda Concerto – as Rover’s peak. A shared Tokyo/Longbridge effort, the R8 combined Honda reliability and practicality, with plush interior and upmarket image. CAR magazine championed it over the BMW 3 Series, saying “the Rover’s classy, versatile interior, significant performance advantage, crisp handling and entertaining drive make it a tough act to beat”. The Rover earned its price, which was within 5% of the BMW. Averaging 110,000 sales annually, the R8 proved a smash hit.

The later R3 generation from 1995 dated the 80s-designed R8. Rover’s image slowly turned from upmarket to little-old-lady and the R8 ranged from £800 to £1,500 by the millennium. The passage of time had the usual effect as these cars entered the banger phase, with tatty cars falling to £300 by 2010 and many falling victim to the scrappage scheme.

The days of a decent £300 Rover 216 are now long gone. Survivors are enthusiast-treasured beauties, with few rough examples remaining. The highest-valued cars are Honda-engined and the Rover T-Series 2.0-litre models; the ‘Tomcat’ Turbo, for example, is particularly prized.

Convertibles carry premiums over hatches and saloons, as do the rare estates. The R8’s 30th birthday helped revive interest this year and with more people realising their charms, values look set to rise modestly in the future.

The 600 was Rover’s attempt to climb back upmarket, but unlike the R8, it’s almost entirely a rebadged Honda Accord. However, what Rover gave up in development, it reclaimed inside – the 600 was neatly Anglicised with chrome and wood accents.

Sadly, the 600 never worked itself out dynamically; vague handling but fidgety ride meant it unsuccessfully straddled the sporty/comfy line. That being said, it significantly undercut the German’s pricing, offering 5 Series specs for 3 Series money.

As a premium saloon, particularly one with lukewarm reception, the 600 depreciated quickly, losing a third of the £17,000 price within four years. The Honda venture ended in 1994, which left the cheaper Accord more popular.

That trend continues, the succeeding 75’s popularity proving far more enduring. The 620ti sharing its driveline with the 200 Tomcat for about half the price, however, makes it a comparative bargain.

The BL/Honda tie-up’s first real joint venture was intended to create a replacement for Rover’s ageing SD1 and to give Honda its first attempt at a large luxury car for the American and European markets. The fruits were the 800 and Legend. The Legend was exclusively four-door, where Rover later offered a coupe and a five-door fastback in addition to the popular saloon body. Powerplants included Honda’s C-series V6, Rover 2-litres in O, M and T-series flavour, plus turbocharged derivatives of the latter two. Later, the Honda V6 was replaced by Rover’s KV6. The 800 was modern, luxurious and upmarket; a British saloon to take on the world and priced competitively enough to undercut Saab’s 9000, and on par with the Audi 100.

This downward trend continued and by the mid-2000s, a tidy 800 was a £1500-£2000 car. The financial crisis proved particularly harsh to V6 cars, sub-25mpg and pricey road tax hitting them hard when combined with pricey maintenance.

The 800 has appreciated since but potentially difficult upkeep means numbers keep dropping. The reliable Honda-powered 827 has long been preferable, coupes the more valuable body style.