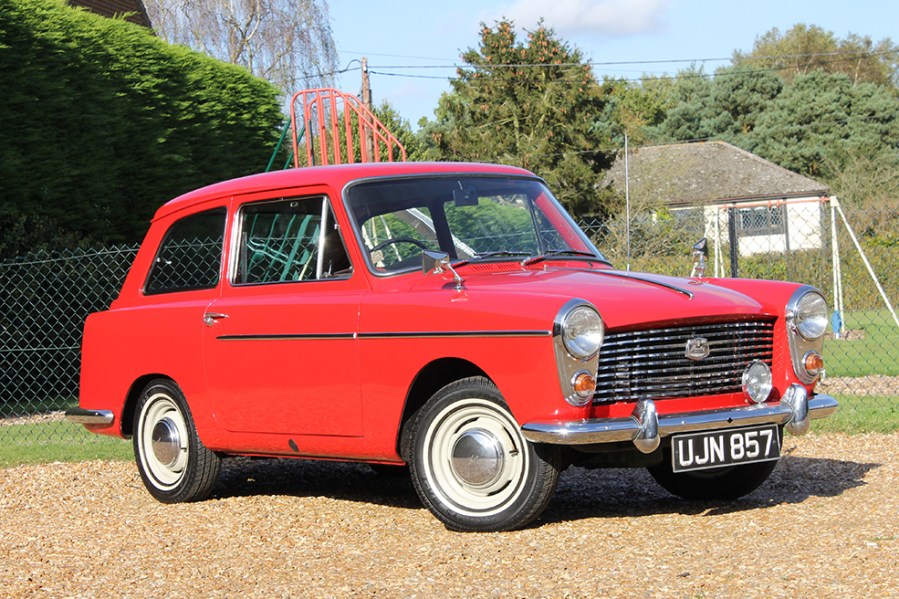 The Austin A40 Farina is an intriguing car that can be overlooked despite its fine classic credentials. Here’s how to buy a great one

The original A30 had been developed by Austin as a replacement for the long-serving Seven as a car which could compete with Morris’s successful Minor. Despite its destiny as an economy car it was technically adventurous in featuring unitary construction – in fact it was one of the first cars to adopt the idea wholeheartedly, since many early unitary designs still featured some kind of recognisable ‘chassis’ arrangement underneath.

It was a success, the finished bodyshell boasting a torsional rigidity more than twice that of the Minor and the styling by Dick Burzi boasted a hint of transatlantic glamour in its cute curves… albeit a ’50s Chevy which had shrunk dramatically in the wash.

With independent coil-sprung front suspension and a leaf-sprung rear axle, the A30 was a modern drive for its day despite the 28 bhp on offer from the newly developed 803cc A-Series engine and managed to undercut the Minor neatly on price too.

Launched in 1952, the A30 became the A35 in 1956 when the engine jumped from 803cc to 948cc and a handy 34 bhp – by now shared with the Morris Minor since Austin and Morris had become BMC stablemates. By then the Mini was already on the drawing board and the A35’s days were numbered, but it was one of Prince Philip’s legendary gaffes which gave rise to the existence of the A40.

Touring Longbridge in 1955, it’s said that the Duke of Edinburgh was asked his opinion on the newest BMC models and in typically forthright terms commented that they looked rather dowdy in comparison to the Continental competition. No doubt Philip was referring to cars like the Citroën DS launched that year, but the criticism must have wounded BMC chairman Leonard Lord to the core. Shortly afterwards he picked up the phone and placed a call to the Turin headquarters of Pininfarina where he invited Sr Farina to Birmingham with a view to having him overhaul the look of the range.

In short order a radical new style was developed which added European glamour to the workaday Austin models and the first fruit of the collaboration was the A40 – known universally as A40 Farina from day one – which began production in 1958.

Although it was effectively an A35 under the skin complete with its 34 bhp A-Series engine, the A40 Farina lost its predecessor’s cutesy curves and was a useful four inches wider, too. The following year the Countryman model was launched which had the distinction of being one of the world’s first hatchbacks, with its Range Rover-style split opening rear window and tailgate.

The A40 became the MkII in 1961 with a slight power increase to 37 bhp and a 3.5 inch stretch to the wheelbase to give more rear seat legroom alongside a restyled dash and grille. In 1962, the 948cc motor was upgunned to the 1098cc version in which form the little Austin was good for 75 mph.

Impressively, the A40 Farina lasted in production until 1967 when it was replaced by the really very different ‘ADO16’ 1100 range. Gone was the handy hatchback and the simple mechanical layout, to be replaced by a newfangled fluid suspension and front-wheel drive. It sounds like a typical BMC/BL own-goal but in fact it proved to be a success, regularly topping the sales charts and the groundbreaking A30/35/40 was forgotten. 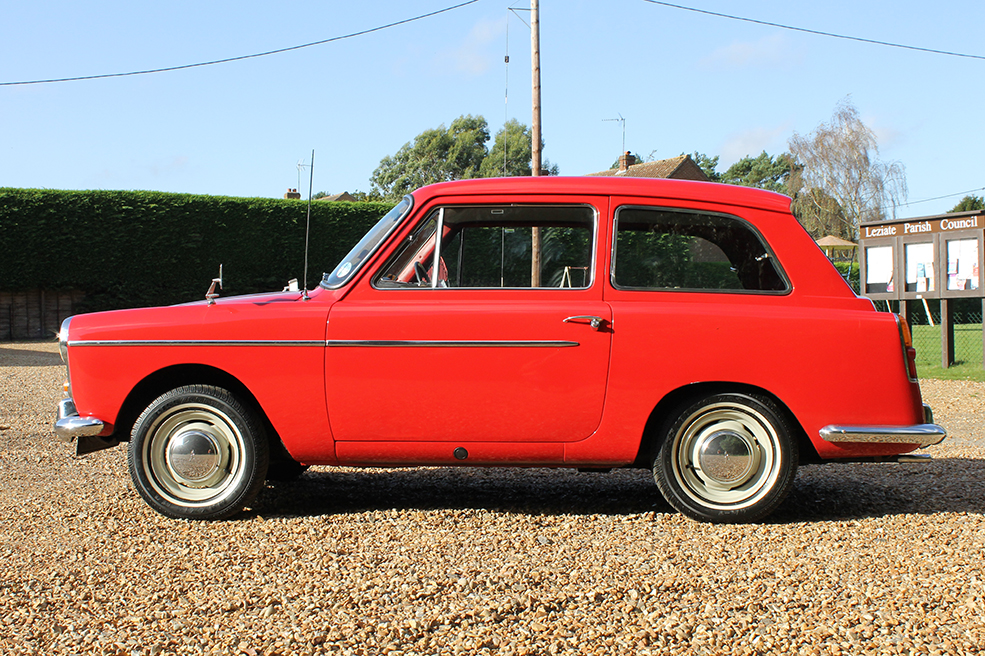 As you’d expect, the A40 Farina can rust pretty much anywhere so inspect the entire lower few inches of the bodyshell for rot and filler, as well as the usual panel edges. The sad truth is that unless you’re handy with fabrication and metalwork then the values of the cars mean a truly rotten A40 isn’t a car you can have restored cost-effectively if you’re buying in the labour. This is exacerbated by a lack of body panels.

The A40 Farina Club has addressed the panel problem by using its spares fund to have repair panels commissioned for all the major trouble spots. This is a far more cost-effective way of doing things than pressing complete panels and means there are few A40s that can’t be saved… even if it does mean more welding and fabrication than fitting a replacement panel.

At the time of writing, the club could supply OE-spec outer sills for the Mk1, front valances, lower wing and wheelarch repair sections, repair fillets for the area below the light cluster, Mk1 and Mk2 grille support channels and saloon boot skins, with a batch of boot lid inner frames due to be pressed this summer. The club also holds a useful supply of new-old-stock panels including front aprons and bulkheads, Mk2 sills and some wings and bumpers.

As Secretary Paul Howell points out, these panels are available only to club members which is only fair given the cost and effort which goes into their production and the profit made is ploughed back into the club’s own spares scheme for future projects.

The club has also had some rubber parts remanufactured, including rear screen seals, the rubber bungs for the jacking points, front quarterlight seals, rear opening side window seals and the saloon boot lid seals as well as headlight gaskets and door seals. Impressive stuff – and exactly the kind of thing which means a proper owners’ club is still valuable in the online era. 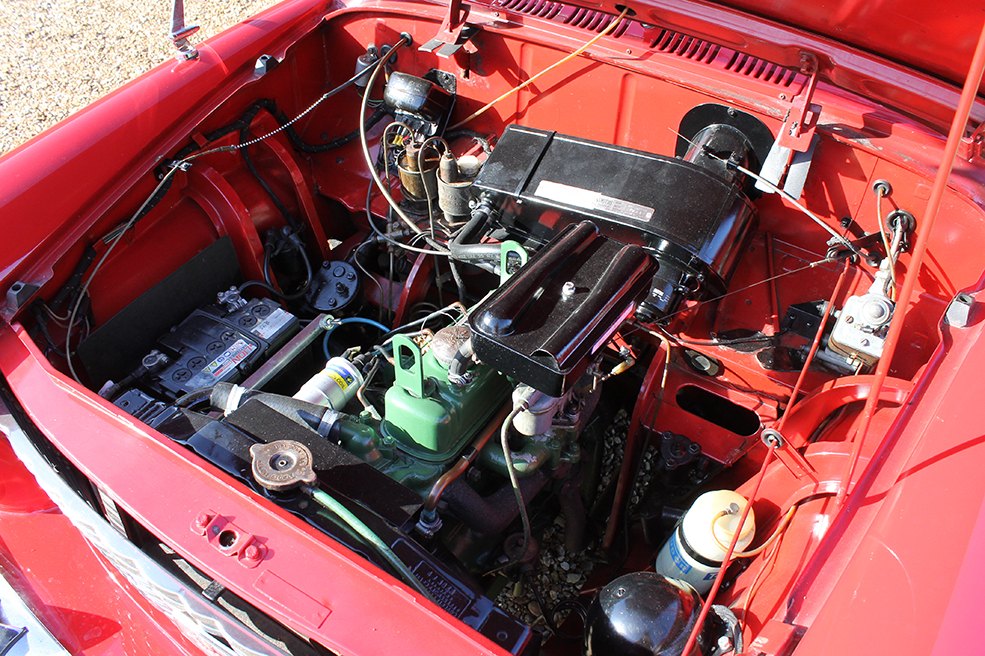 Both the 948cc and 1098cc A-Series engines are a known quantity and problems will be obvious, with huge parts support if you encounter one which isn’t in perfect health. A brief puff of blue smoke out of the exhaust as the engine fires up shouldn’t set any alarm bells ringing, but if the smoke continues when the engine’s warmed up it’s a sure sign the bores and rings are worn. With the engine running, pull the oil filler cap off and check for smoke chuffing out of the rocker cover, as excessive emissions could indicate worn valve guides.

When the engine’s fully warmed up, listen carefully for any rumbling noises as this could be worn main bearings making themselves heard and any regular tapping heard on the overrun means a big end is probably on its last legs. Don’t be put off by a worn A-Series engine, whatever its capacity, as these units are easy to work on and parts are plentiful and reasonably cheap.

As for upgrades, all the A-Series engines will physically fit although the 1275 Midget unit is the most straightforward, being a simple bolt-in fitment needing only a different release bearing. Converting to the later Marina/Ital style 1300 is possible but you’ll need an engine backplate, plus suitable flywheel and clutch to mate to the A40 Farina gearbox.

Once you’ve installed a bigger engine, there’s a whole world of specialists out there dedicated to tuning the A-Series and a good start is a bigger carb, plus a performance exhaust manifold and system. The engine actually sits lower in the A40 Farina than in the Midget, so the Midget exhaust won’t work properly but specialists can supply a suitable system.

Unless it’s been rebuilt recently, the standard box is often noisy down-changing from third to second as the synchromesh weakens. First and reverse can also be noisy too but will plod along like this for years.

A useful upgrade is the 1275 Midget gearbox, but beware: just because it came from a Midget doesn’t mean it’s an original Midget gearbox and since all the ‘rib cage’ A-Series boxes look similar, the best way to check is by the part number on the first motion shaft. You can also buy a close-ratio gear set to fit this box.

Moving further backwards, higher-powered modified cars do tend to break the halfshafts and hardened two-piece units are available to solve the problem. You’ve got a huge choice of rear axle ratios to choose from too. 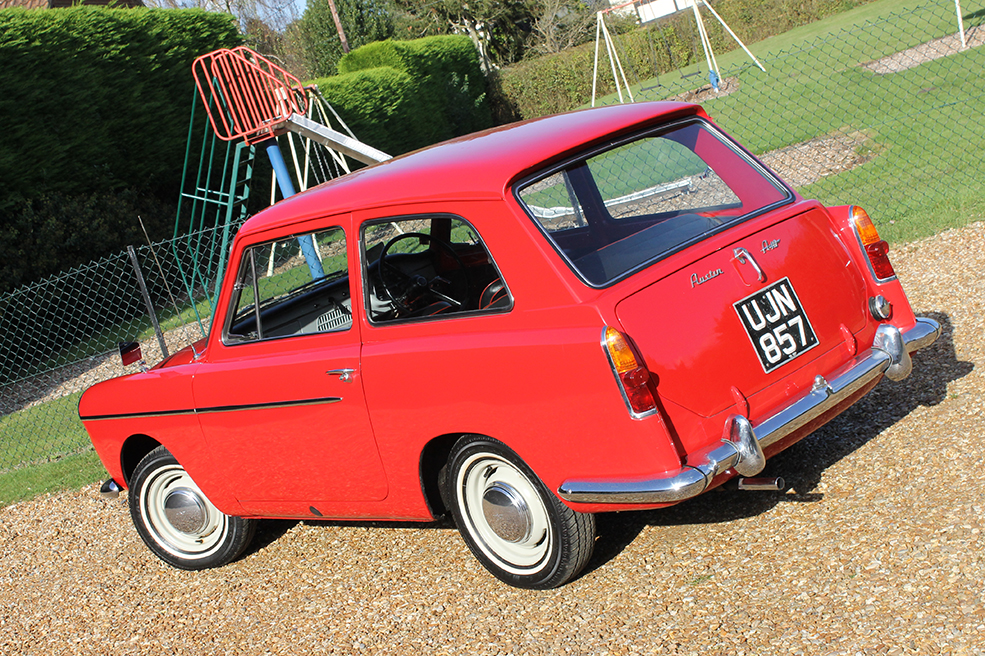 The Mk1 A40 Farina shares its suspension with the Frogeye Sprite, with the Mk2 adopting the 1098cc A35 van’s set-up. Rear leaf springs can fail; again, the A40 Farina Club keeps replacements in stock for both Mk1 and Mk2 models.

Play in the kingpins can be assessed by jacking the wheel up, gripping it top and bottom and trying to rock it, while side-to-side motion will indicate worn wheel bearings.

Classic racers reckon that the key to making the A40 handle is to address the old-fashioned lever arm dampers. You can convert to telescopics or use an elegant solution in the shape of a modern valve for the original lever arms which allows you to adjust the damping characteristics. Classic A40 racer Rae Davis also points out that significantly lowering the car will see the damper running out of travel, a problem which can be solved by repositioning the arm on the damper body. Once the damping is sorted out, Rae suggests uprated springs and an uprated front anti-roll bar too, while poly bushes are a smart move.

Getting more serious, one of the problems of the A40 suspension design is that the wheels move into positive camber as the car is lowered or the wheel hits a bump and moves upwards. Solving this requires either a set-up giving massive static negative camber or RDR’s clever part which solves the problem entirely by rejigging the front end geometry. At the same time the firm can also provide a front damper unit with an extra locating arm through its centre to tie the front end together and reduce the movement under cornering.

All the A40s used drum brakes all round with the earlier cars using a hybrid mechanical rear and hydraulic front setup. The system is further compromised by its small-diameter hoses and lines.

Parts for the Mk1 are tricky to source and many cars have been converted to a fully hydraulic setup by fitting Minor drums and shoes and a Midget nr Sprite rear axle. Upgrading to a disc-based set-up using the 1275 Midget parts makes a big difference.

The Mk2 with standard hydraulic brakes is better supported and front drums and shoes are shared with the Morris Minor 1000, while the rear brake cylinder rear shoes are the same as on a contemporary Midget or Sprite. 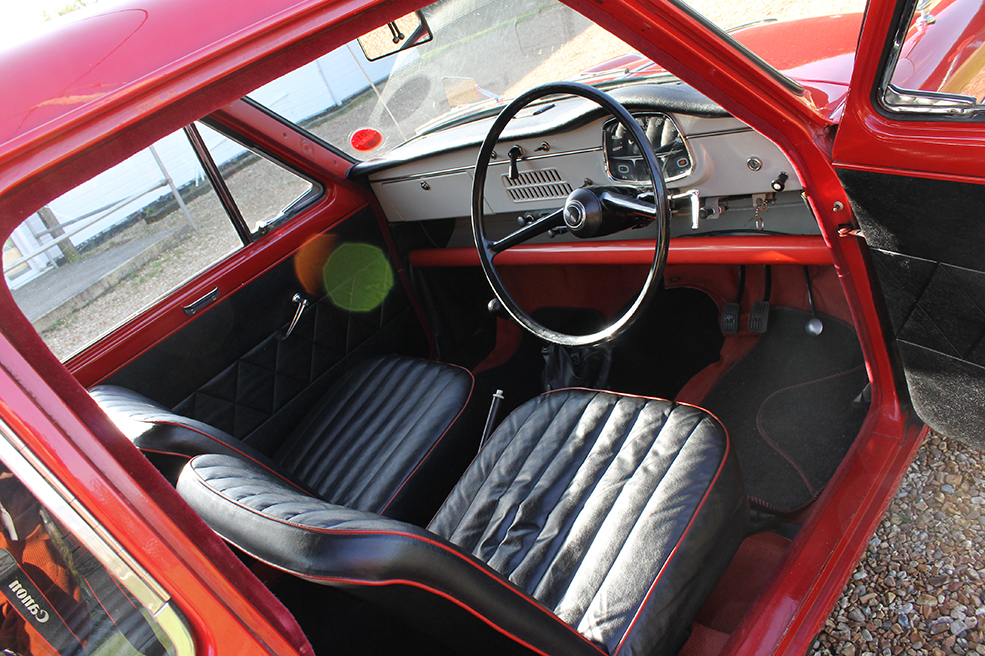 It’s a similar situation here to the body panels, with the A40 Farina simply not as well supported as the A30/35. Many smaller items like switchgear and componentry are shared with other BMC cars of the era, but seat covers, door cards, brightwork and other parts specific to the A40 are harder to source. All of which means it can often be sensible to pay that bit more for a complete car.

Again, it’s essential to join the club if you need help here: for example, they have reproduced the rear view mirror glass of all things, which is one of those small but essential things which makes ownership that bit easier.

Austin A40 Farina: our verdict

Today the Austin A30 and A35 are established as popular classics and even make for popular if unlikely classic racers, whereas the A40 Farina is relatively obscure despite being technically the better car.

This is double-edged sword for owners today, as although mechanical parts are well supported by the usual parts suppliers, trim and bodywork is harder to restore.  However, if you can find a nice example, the A40 Farina makes for a cost-effective way to set yourself apart from the classic mainstream.