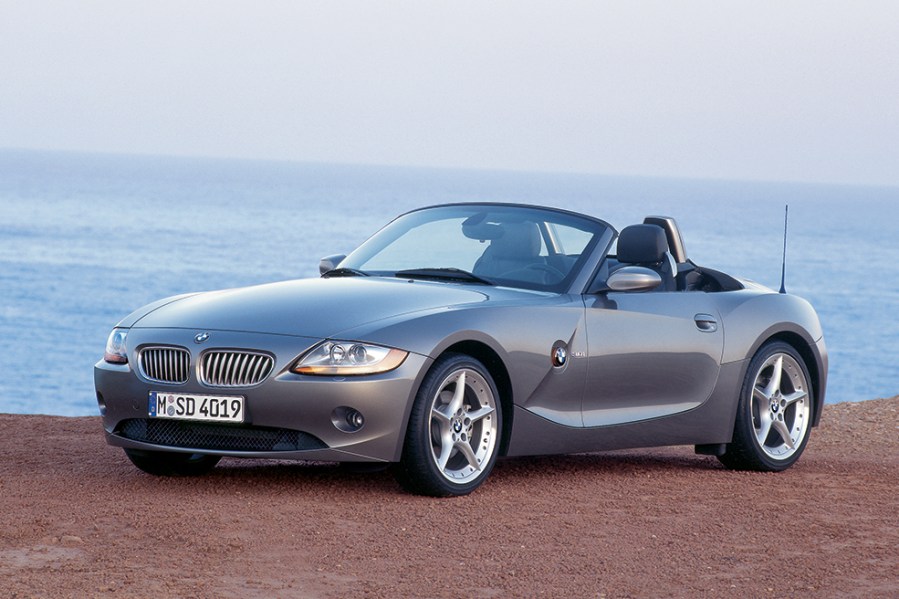 It’s easy to see the appeal of the BMW Z4 – a car that combines quality and style with rewarding manners and great engines. Here’s how to buy one

Could it be that the BMW Z4 is the bargain roadster of the moment? The Mazda MX-5 is fine if you want mousey synthetic fabrics and four cylinders, while the BMW Z3 is getting pricey for what is undoubtedly an inferior car. BMW didn’t spend millions of euros to develop a car worse than the Z3; a car that was okay but a bit challenged in some areas, being based on technology that was old even at launch.

With good 2.8- and 3.0-litre Z3s now in the five-to-ten-grand arena, the Z4 is looking like a bargain at around half the price. Many may not consider it a true classic yet, but it’s 20 years old next year and probably a better bet than the 2009-onward E89 car with its metal roof and so-so turbo fours and sixes.

Arriving in 2003, the E85 Z4 was greeted with enthusiasm from the press upon its launch. With 170bhp 2.2-, 193bhp 2.5- and 231bhp 3.0-litre petrol straight-sixes, the new cars got a lot closer to challenging the Porsche Boxster than the Z3 ever did. The new ‘flame surfacing’ styling looked good from all angles with nothing retro in sight, and the E46 running gear meant that handling and ride were going to be approaching the Porsche – reckoned by most to be the best-handling sports car you could buy short of the real supercar stuff. 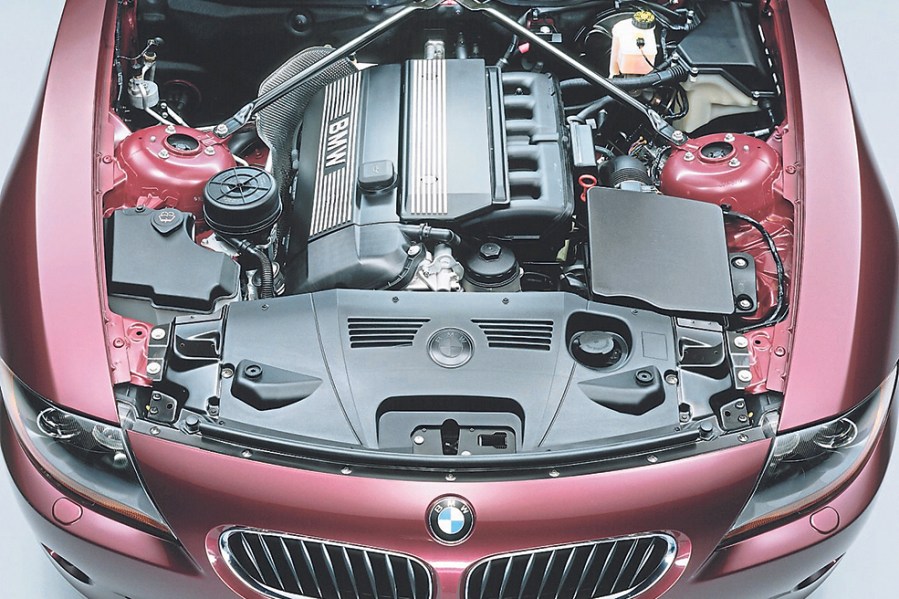 The mainstay was always the M54 straight-six, lifted from the E46 3 Series. This all-alloy unit is the final development of the 1990 M50 24-valve six. They all conform to the same design with hydraulic tappets, an electronic throttle body, a DISA valve in the inlet manifold to alter the effective manifold length for more consistent torque delivery, coil on plug ignition and catalytic converters on the exhaust manifolds.

They are all good engines, but many feel the 2.5 is the sweet spot. The 2.2 sounds nice and is reasonably brisk but it is well known for using lots of oil when the oil control rings get tired and quite a few will already have been replaced, often with a 2.5-litre unit. The 3.0 can also be an oil drinker, often in the region of 500 to 1000 miles per litre. The 2.5 version doesn’t really seem to suffer as much and, with 193bhp and a lot more torque than the 2.2, it is maybe the one to go for.

All M54s can leak oil; the oil filter housing to block gaskets are a favourite but not bad to change and the cam cover rubber gaskets are prone to leakage, so it’s often worth fitting a new aftermarket cam cover. The worst job of all is probably replacing the crankcase ventilation (CCV) assembly –  the capsule that lives up under the front of the inlet manifold with all the convoluted plastic and rubber pipes. It’s often easier to pull the inlet manifold off but either way, it’s not a nice job. Cars that use or burn oil often need a new one – avoid cheap rubbish and go for either BMW or a known quality brand such as Febi. The DISA valves can fail with bits getting into the engine but this is not that common and rebuild kits from X8R are a good plan.

The engine in the 2.0-litre Z4 is the unlovely N46. This four-cylinder Valvetronic unit is not bad – when it works. The trouble is, unless it’s been religiously maintained, it will be horrid. They leak oil from the cam cover, brake vacuum pump seal, VANOS solenoid seals, sump gasket and oil filter housing gasket, and by 100,000 miles the timing chain and plastic guides will be ready for replacement; if the plastic guides break, bits get sucked into the oil pick-up strainer with predictable results. Then you have the VANOS gears, Valvetronic motor and solenoid, wear on the Valvetronic shaft leading to MoT emissions failure and knackered dual mass flywheels. Really, it’s just not a brilliant engine. Stick to a six-cylinder unless the insurance situation demands a 2.0, and then only buy one with a full and faultless service record.

As for the N52 straight six, problems include oil leaks from the cam cover, oil filter housing and oil cooler gasket. The auxiliary belt tensioner for the alternator wears out, cocking the belt over at a slight angle, resulting in the belt being forced behind the front crank pulley, past the crank oil seal and inside the engine; it’s best to fit a new tensioner and belt, as they are both cheap and quite easy to fit. They also have an electric water pump and these can fail at about 100,000 miles. A new one costs about £300 for a good brand like Pierburg but are not easy to replace. The VANOS and Valvetronic systems on the N52 are much more reliable than on the N46 but beware VANOS fault codes. They are often the result of a faulty or dirty solenoid but could mean a worn front inlet camshaft bearing ledge. This is a very expensive repair involving a new or good used cylinder head but it’s not a common issue even after 17 years. The crankcase breather is a much simpler affair than the M54 with a capsule built into the cam cover. Replacements are cheap and easy to fit.

M54-powered 2.2- and 2.5-litre cars use a Getrag 250G five-speed manual, which is a good strong box that lasts well and costs buttons to replace if it does go wrong. The M54 sixes also used a five-speed ZF automatic but the 2.0 was a six-speed manual only.

M54 2.5 and 3.0 cars also had the option of a six-speed SMG automated manual that is to be avoided; it uses the same basic Magnetti Marelli operating system as the infamous Alfa Selespeed, is horrible to use, and parts are a problem. The M54 3.0 uses a ZF six-speed manual that is generally fine but which can have a problem with sticking detent springs in the selector shafts resulting in a stiff gear lever across the gate. The 3.0 automatic box is a similar five-speed auto to the one in the 2.2 and 2.5.

With the N52 engines, the gearboxes became six-speed manual and autos, with the dreaded SMG dead and buried. Both are good and tough. These six-speed autos use a finned plastic sump with the filter built-in and it’s not a bad idea to replace it at 100,000 miles, although if it’s not leaking oil from the sump gasket or electronic plug seal and it works alright, you may just want to leave it alone.

Clutches, propshafts and diffs are robust, although the diff and driveshafts on high mileage cars – particularly on non-3.0-litre cars – can get a bit clunky on power on/off. The Z4s have a fancy finned diff cover to aid oil cooling but the internal parts are all standard E46 3 Series. 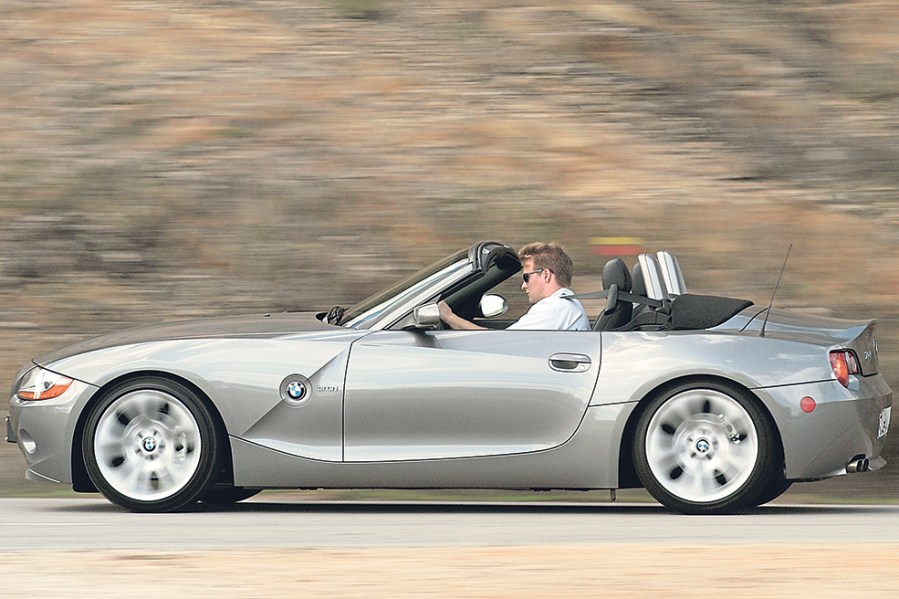 The Z4 uses E46 suspension, the rear Z-axle and MacPherson front struts. Starting at the front, the dampers can wear out, but being E46 type are cheap to replace. The lower front ball joints on the alloy control arms also wear, requiring a new arm, and it’s a very good idea to fit the more expensive arms rather than cheap ones. BMW does a value line arm kit and you should never fit cheap rear ‘lollipop’ bushes – always fit good ones or poly replacements. These bushes are oil-filled and cheap ones never last long.

At the back, the Z-arm outer bushes wear out leading to weird ‘rear steer’ handling. With the special tool they are quite simple (if a bit arduous) to replace and we would rather fit the proper BMW bushes without the slotted outer steel casing – those just hammer in, but they can ‘walk’ out of the arms causing knocking. Rear dampers are cheap to replace, and whilst the rear coil springs are prone to snapping a lower coil off, they are also simple and cost-effective to renew.

The Z4’s electric power steering was an odd choice when the E46’s hydraulic system would have been fine. The PAS motor is built into the steering column, and it can be a pricey fix. When the steering column motor fails, the steering becomes very heavy and the power steering warning light on the dash will ping on. A reduction in engine power may occur when the PAS system fails, because the steering system interacts with the traction control system; without reliable info from the PAS, the power delivery is limited for safety. If you have diagnostics, then you will find that it will not communicate with the power steering electronics. One answer is a good used column – a new one from BMW is thousands, so forget that; some specialists offer a test-and-rebuild service.

No real problems here other than the standard old car stuff – rusty rear brake pipes, perished flexy hoses and worn discs and pads. BMW handbrakes use a pair of brake shoes within the bell of the rear discs and most need overhaul or adjustment, and this must be done on the drum itself and not just tightening up the handbrake cable. If doing an overhaul, be advised that genuine BMW shoes are by far and away the best. The ABS is reliable enough too, and both new sensors and used parts – such as pump and ECU units, as well as master cylinder pressure sensors – are all inexpensive. 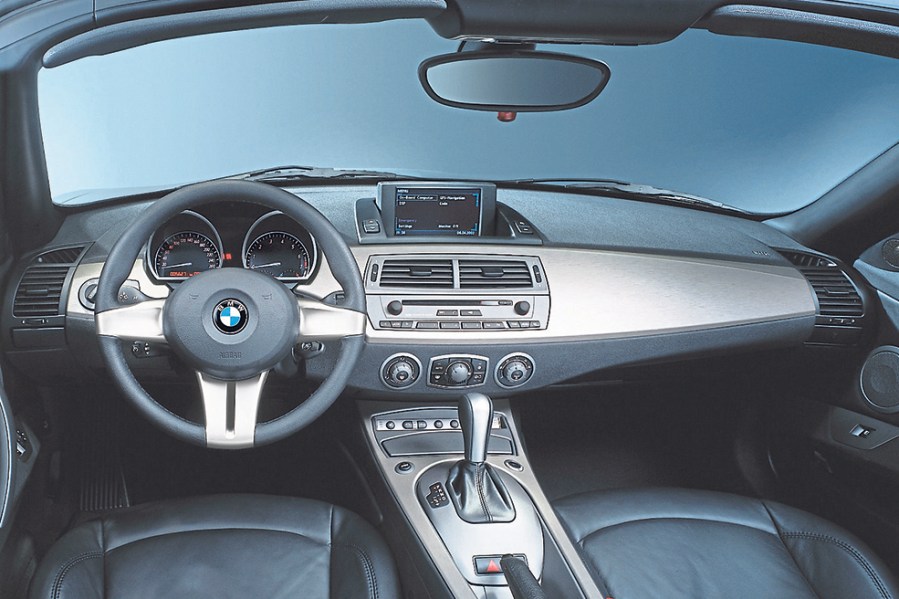 Like the other Bangle-era BMWs, the Z4 represented a major leap forward over the previous generation in its refusal to rust. Yes, you might find the odd scab and perhaps cars from northern coastal climates end up looking a bit Titanic-esque underneath; but really, the Z4 is a very well-made car that doesn’t rot, although Coupes can suffer from cosmetic rust on the inner seams of the tailgate. The interior is similarly robust with strong seats and door cards, and the window regulators are pretty decent if not immune to failure – a good used one is preferable as new ones are pricey.

All Z4 Roadsters have a power hood with the electrohydraulic pump sitting in a plastic box tucked up in a compartment in the boot behind the passenger seat. It’s both difficult to get to and prone to flooding with rainwater, and the result is a rusted and seized pump. You can replace it with a good used pump for about £100 or a reconditioned one for £250, and some impecunious owners have disconnected the fluid lines and reverted to a manual hood with just the electric front clamp; to be fair, the Z4 hood is small and easy to operate by hand. You can cut a hole in the base of the plastic container box to allow rapid draining or relocate the box into the boot where it will remain dry, but a non-working Z4 hood is not a disaster. The Z4 has no vices on the electrical front, being basically an E46 in a roadster body.

You’ll be hard pressed to find a better sports car deal than a six-pot BMW Z4. Its a handsome car that drives brilliantly, sounds great and wears its years well. It’s unlikely that values will increase much in the short term,  but a good example is likely to return on its purchase price, and maybe a bit more.

If you’re fed up with the the world of overpriced Mk1 MX-5s, or need more space and power than classic rivals like the Toyota MR-2 and Mercedes SLK, the BMW Z4 is a great place to get your open-top thrills.