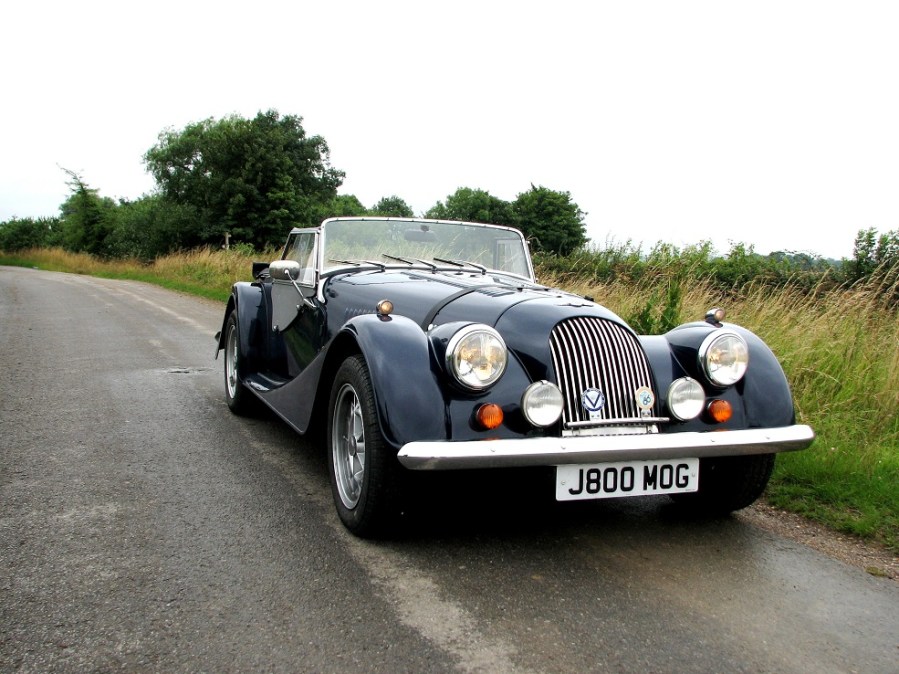 Some of the best examples of later British sports cars were powered by V8 engines. Here are our favourites

The Morgan concept was well-established by the mid 1960s: take a British sportscar shape that originated in the 1930s, put a well-proven engine into it, then stand back and watch the order book demolish as many forests as the wooden body frames required. A simple tactic for a simple car with a simple appeal.

The Plus Eight was created to the same formula – albeit by widening the chassis by four inches to accommodate Rover’s 3.5 litre V8. The model was so popular that even in the new millennium, production ceased with a full order book. The engine grew bigger over the years, sprouted electronic injection, but fundamentally the Plus Eight adhered to the same design ethos at the end of its production life as it had back in 1967.

And unsurprisingly values are strong even now. The last couple of years have seen a general increase, but a meteoric rise for the very best examples which is influencing a slightly less even market than before. An all-new BMW-engined followed from Morgan later but has since been discontinued; as great as it was, it lacked some of the wooden-frame charm of the original. 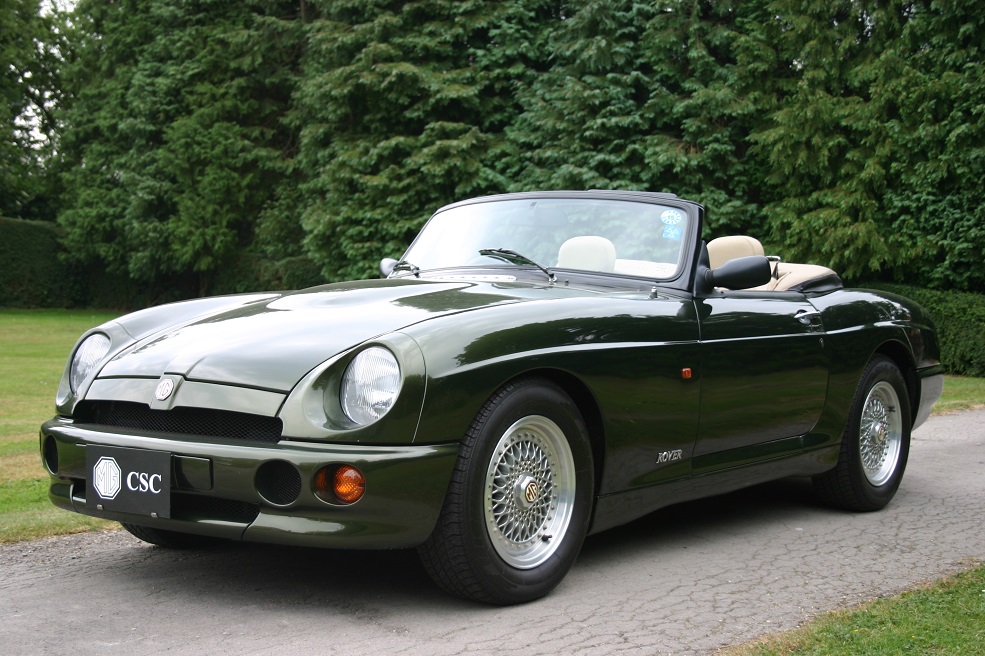 MG was on its way back with the F by 1995 – but hadn’t yet got the car ready to go. As the brand had been dormant since 1992 and hadn’t produced a sports car since 1980, something was needed to pre-empt the new F and get the marque back into public consciousness. As luck would have it, British Motor Heritage was just starting to produce new MGB shells – and a project which utilised these could be a very clever way to promote both the brand and the new venture at once.

The RV8 therefore was effectively a vastly updated MGB – the most famous of the British sports cars – to be produced as a limited run Heritage project to revive interest in the MG brand. Interestingly, you could almost view the TF LE500 as a similar project a decade and a half later. Range Rover mechanicals and MGB commonality mean that keeping an RV8 on the road is a simple task today, and they attract a diehard band of followers who can consider nothing less.

This appeal means values have always stayed higher than the original BGT V8 was – though cars which were perhaps £15,000 five years ago are now fetching much more than that. This is a rising trend, making the RV8 a prime candidate for investment if you can find a good one. 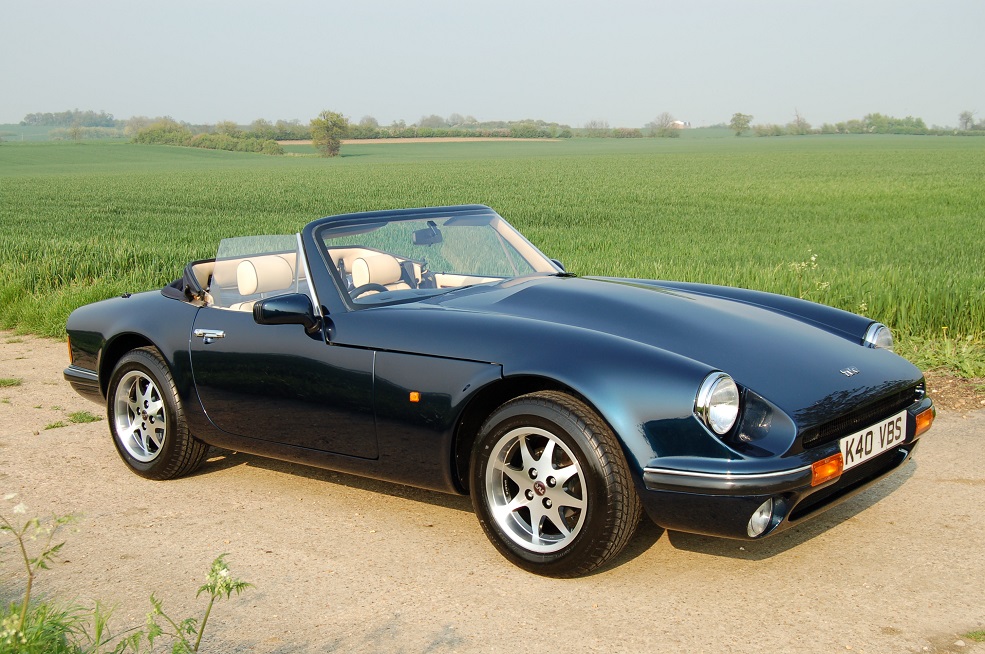 The TVR S was the last in a long line of traditional TVR British sports cars – developed from the 3000S of 1979 as an entry level model and introduced in 1986, the S was intended as a Ford V6-engined entry level model to take the place of the Tasmin as the Wedge moved upmarket. By 1991, though, as TVR centred its range around Rover’s V8, the S was given that engine as an entry model to sit below the new Griffith.

When production made way for the Chimaera, TVR entered a new and forward-thinking phase in the marque’s development and the final links with the days of the M series and the Taimar were severed. British sports cars

Values for this “softer” TVR have never reached those of the Wedge. We’d hesitate to buy a V8S for investment purposes right now, but it’s worth keeping an eye on the market for future developments. 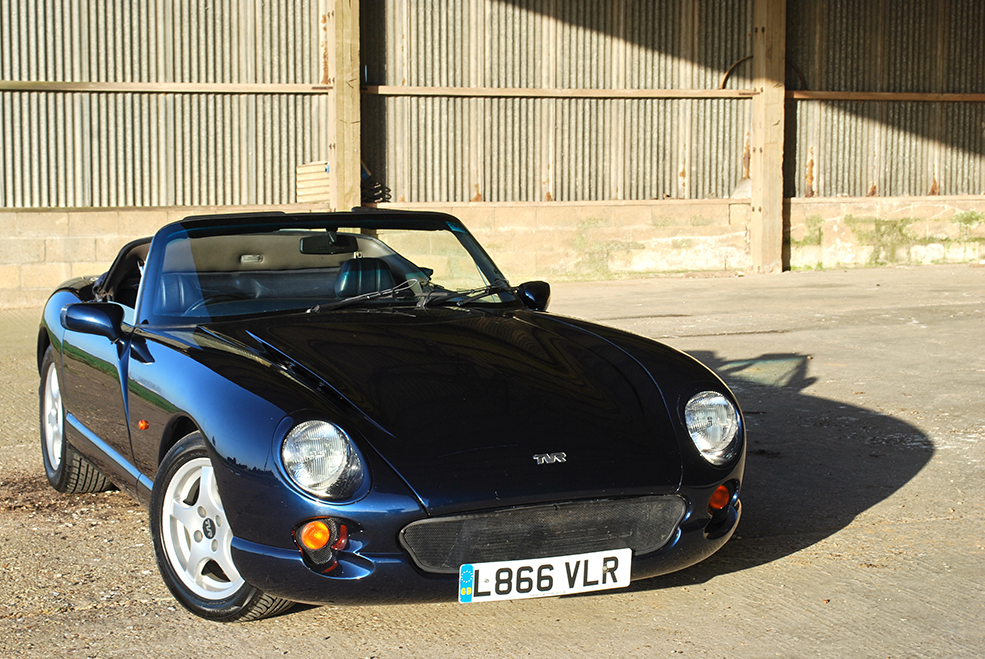 Closely related to the excellent Griffith, the TVR Chimaera was a softer-edged take on a similar recipe followed by most traditional British sports cars. Power came from a familiar Rover V8 that was available in various displacements and power outputs during the course of the car’s long production run. All were very fast, with even the entry-level 4.0-litre model managing the 0–62mph sprint in just 5.1 seconds.

When it comes to value for money, there’s not much to complain about with the Chimaera in today’s market. For a fraction of the cost of a Porsche 911 of a similar age you get a car that’s faster, easier to work on and – arguable – nicer to listen to.