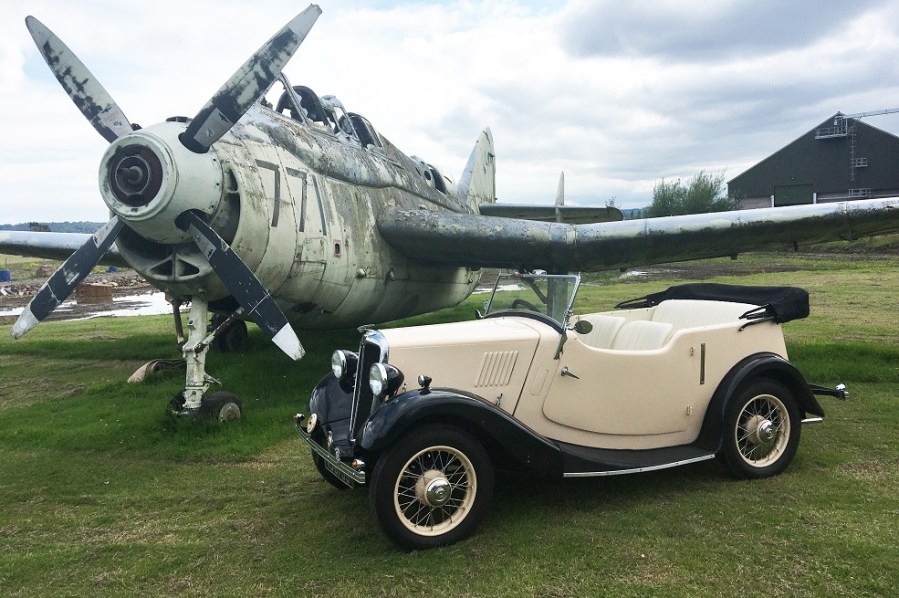 The Morris Leslie August 2020 sale was the first sale the Scottish auction house has hosted since February, with it moving to an online platform to adhere to guidelines. Here are our highlights from the sale.

Perth auctioneer Morris Leslie hosted its first classic car sale since February on August 22, operating behind closed doors to comply with Scottish Government guidelines. That meant the 1500 people that usually pass through the doors at the firm’s Errol Airfield base had to stay at home for the sale, but with viewing slots available beforehand plus telephone and online bidding, eager buyers could still get their fix.

The sale saw a particularly eclectic mix of cars hammered away, ranging from a 1934 Morris Eight to a 2016 Ford Focus RS. It was an especially attractive occasion for Ford fans, with everything from humble base models through to a three-door Sierra RS Cosworth and a couple of Lotus Cortinas on the entry list. Blue Ovals to find new homes included an alluring 7300-mile Mk2 Fiesta L, plus a bargain-priced Sierra XR4i in need of restoration and a 1989 Escort RS Turbo.

Other highlights included a low-mileage 1973 Triumph Dolomite 1850, which looked remarkable value at £4100, plus a pair of iconic hot hatches comprising a 1990 Renault 5 GT Turbo and a 1991 Peugeot 205 GTI 1.9 – the latter smashing its upper estimate. Open-topped modern classics also did well, with a Mercedes-Benz SLK 230 Kompressor matching its upper estimate and a yellow 2004 MG TF going even better to comfortably exceed its pre-sale predication.

The sale was notable for its bargains too, which will surely persuade many more to watch Morris Leslie’s next sale online on November 21. For now though, read and weep: A very tidy 1992 Mazda 323 could be had for a mere £750, but if you wanted a project, £200 would’ve given you a choice between a 1989 Fiat X1/9, a 1992 Honda Legend or a Mk3 Cavalier from the same year.

We’ve picked out some highlights below, but for the full Morris Leslie August 2020 sale results, visit www.morrisleslie.com. 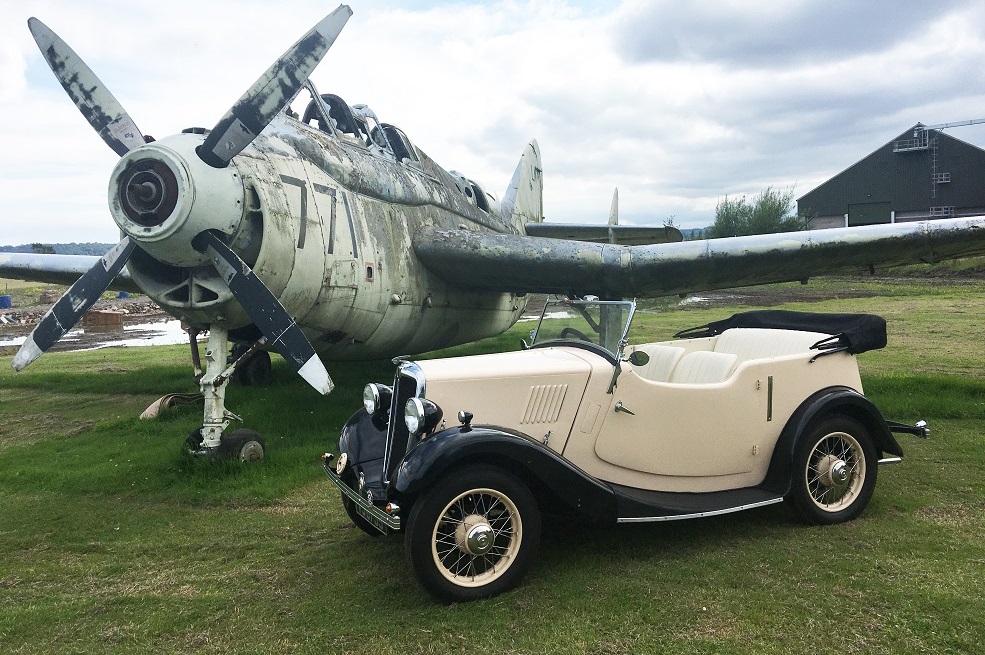 According to the DVLA, this pre-series Morris Eight four-seater Tourer was first registered in Herefordshire during 1934 and is thought to be one of fewer than 40 cars remaining. At a sale price of £8400, it comfortably beat its £7000 lower estimate. 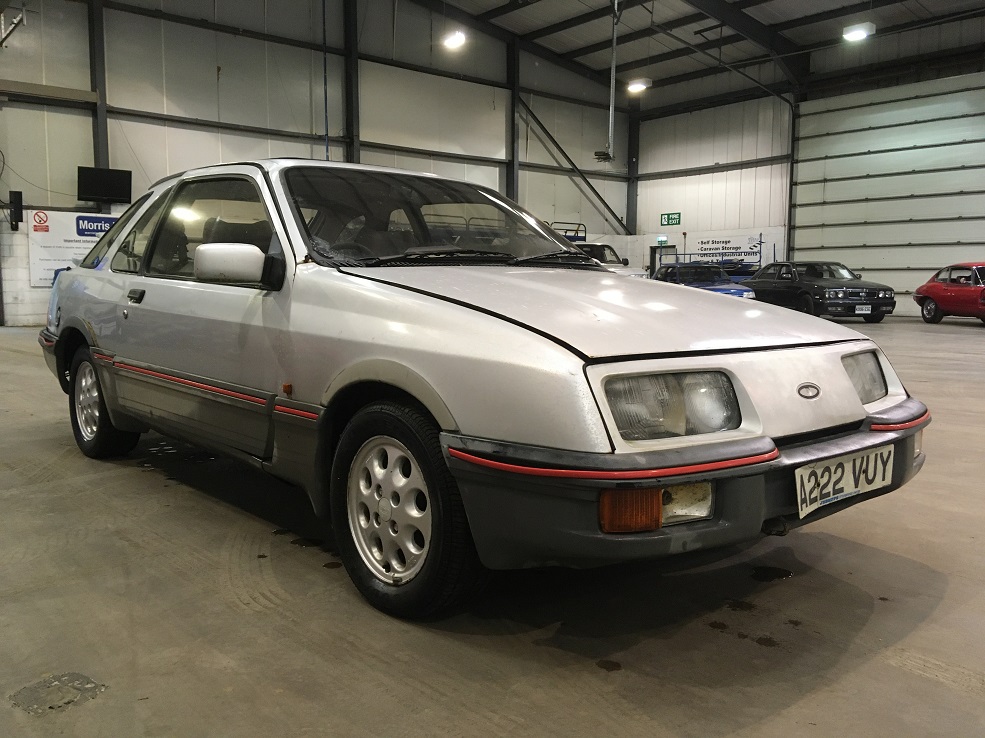 Having been in storage for 18 years, this Ford Sierra XR4i was being sold as a restoration project but did run and drive. The 1983 example showed 98,000 miles and also came with an interesting ‘222’ registration plate. At £1550, it just beat its lower estimate. 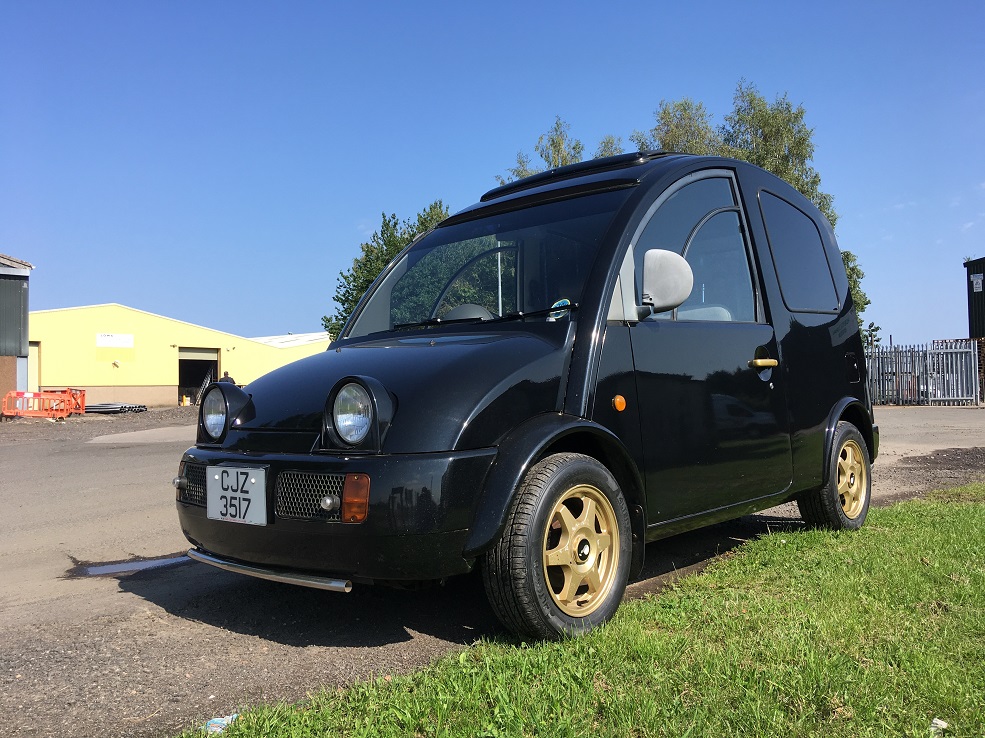 The Nissan S-Cargo was a small, retro-styled commercial produced between 1989 and 1992, and sold solely in Japan (see page 13). This 1.5-litre, three-speed automatic example sported the optional electric sunroof and had been fitted with aftermarket side windows, together with a host of new mechanical parts. It certainly looked an interesting prospect for its £2250 selling price. 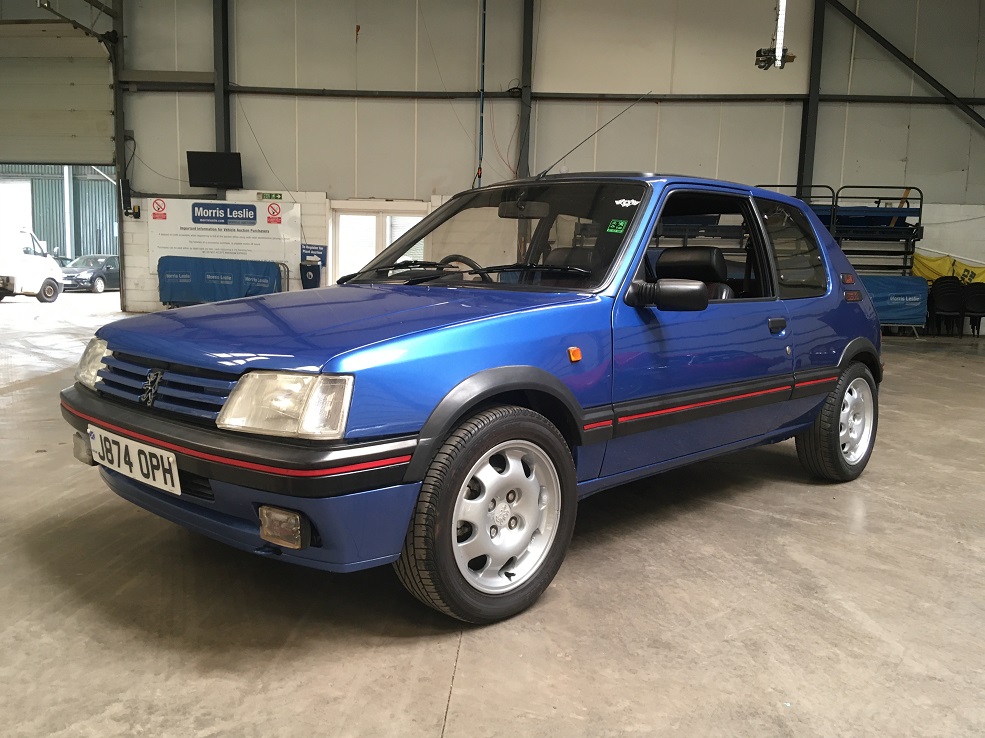 Looking resplendent in desirable Miami Blue, this 1991 Peugeot 205 GTI 1.9 was fitted with power steering and came with a good selection of paperwork dating from the late 1990s. It showed a sensible 81,000 miles and sold for £8300 – above its top estimate but still very reasonable given the 205 GTI’s cult following. 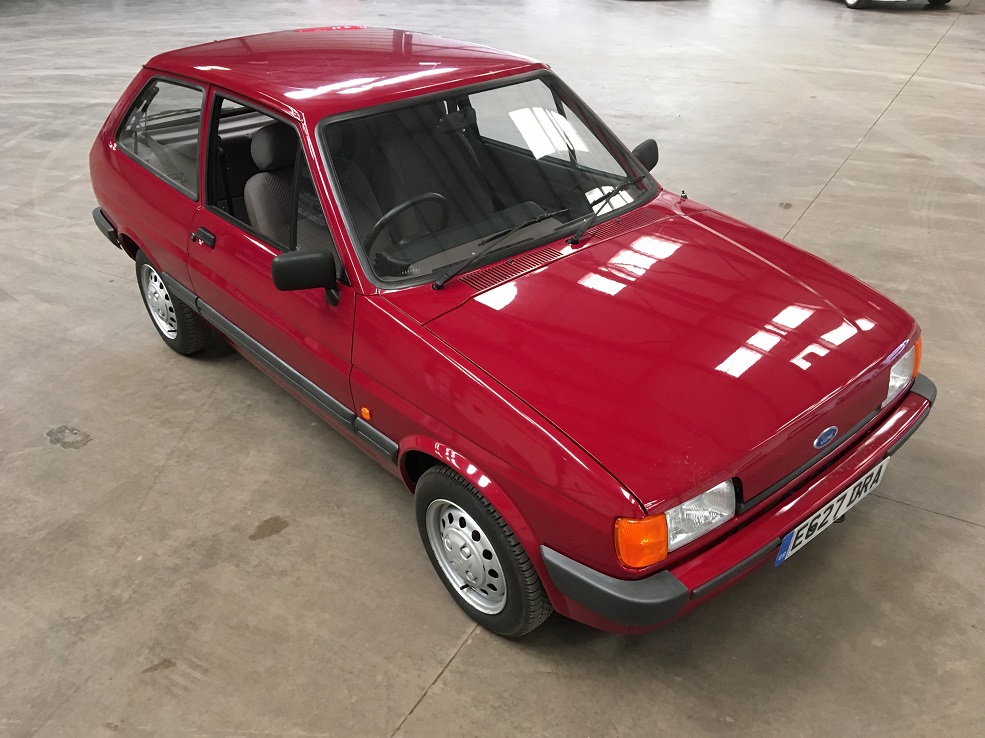 This 1988 Mk2 Ford Fiesta 1.1L had only covered a warranted 7632 miles from new and been in the same family since it was just 12 days old. Last MoT’d in 2013 and supplied with a massive history file, the rare survivor sold above its lower estimate at £3700. 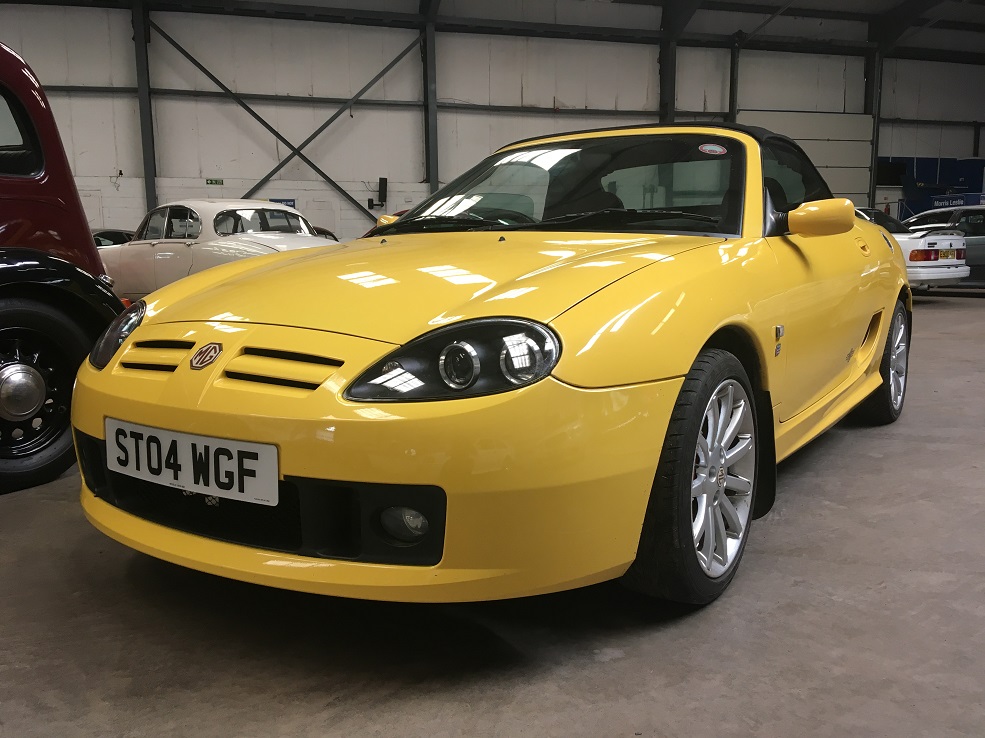 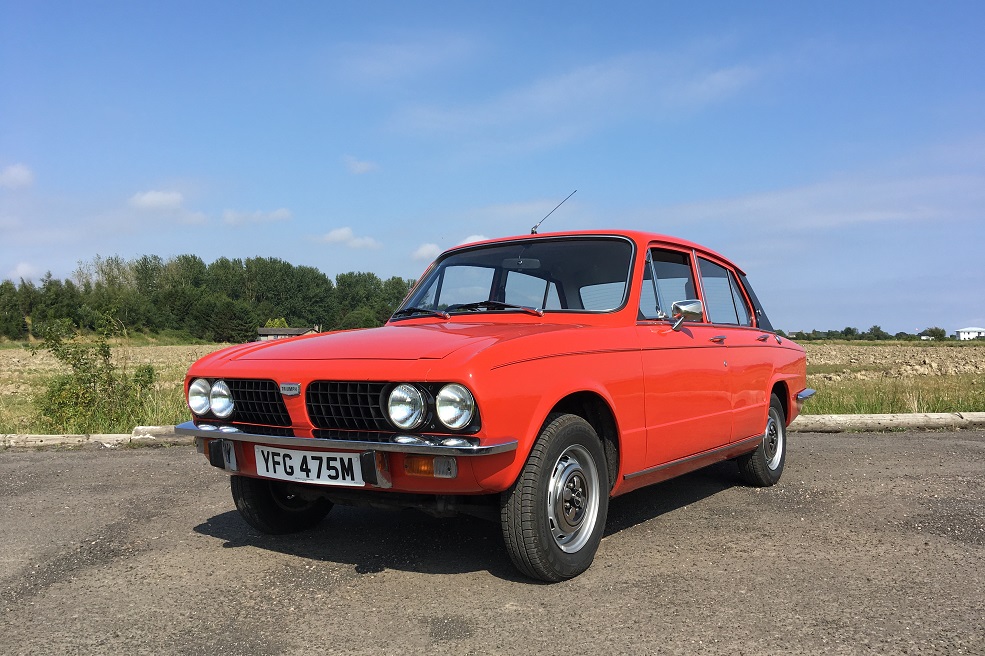 This 1973 Triumph Dolomite was a locally-registered car, with only two registered keepers from new and a believed-genuine mileage of 39,896. It benefited from a full Ziebart rustproofing back in period and was recently treated to a full professional respray, plus a new headlining, carpets, tyres and brightwork. At £4100, it was surely a canny investment. 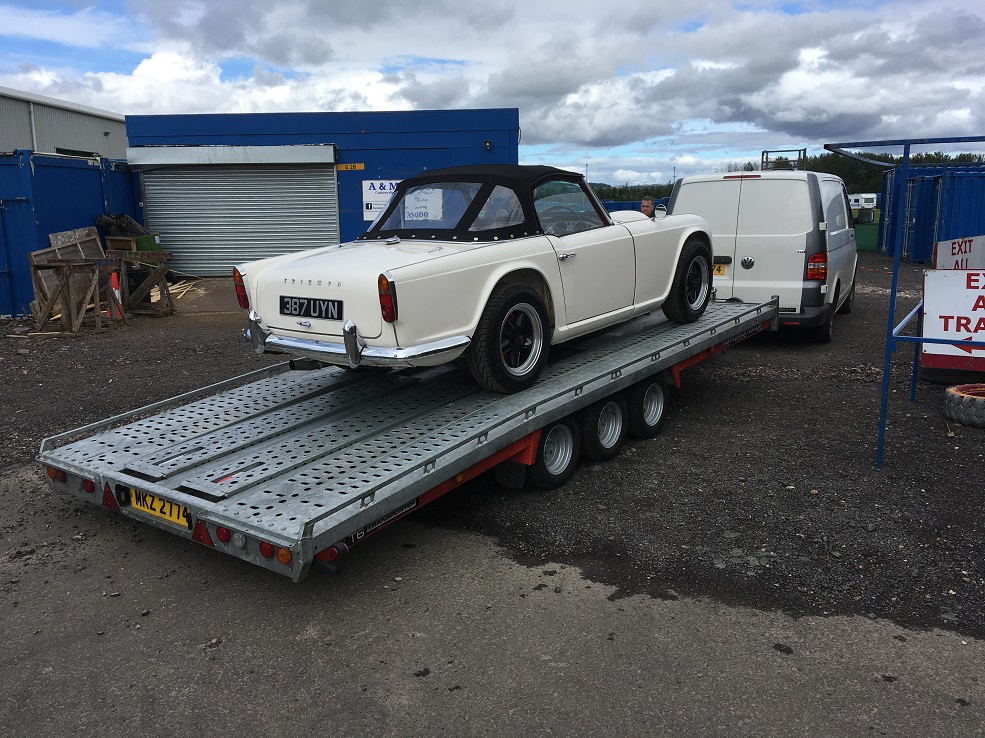 This 1962 Triumph TR4 showed a mere 57,034 miles and looked great value at £16,000. Its new owner lives in the Scottish Borders and is already planning a trip to The Jim Clark Museum at Duns and next year’s BVAC Rally at Thirlestane Castle. 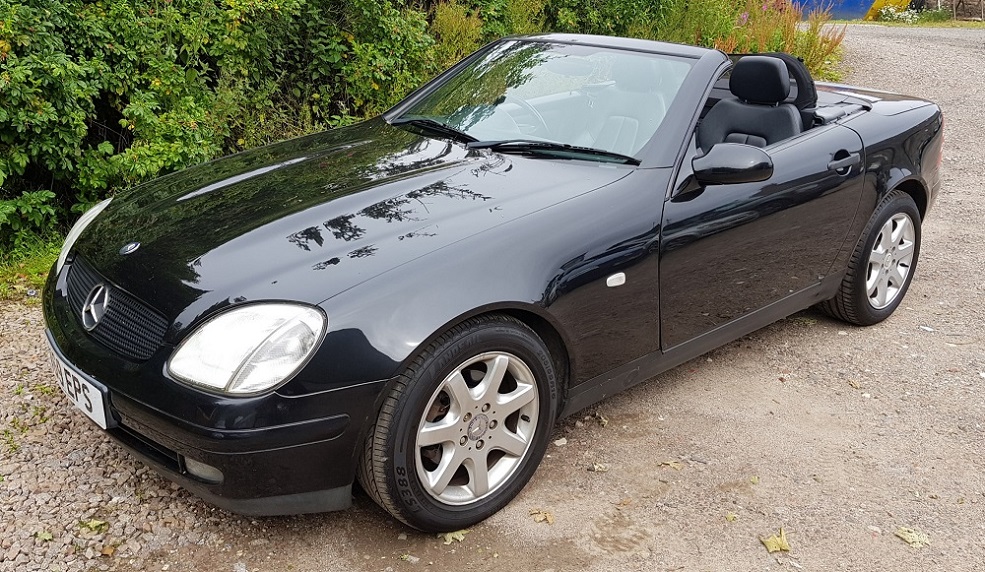 This 1999 R170 Mercedes Benz SLK230 Kompressor came with an MoT until July 2021 and partial service history contained within a duplicate service booklet. At £2000, it offered a lot of car for the money.