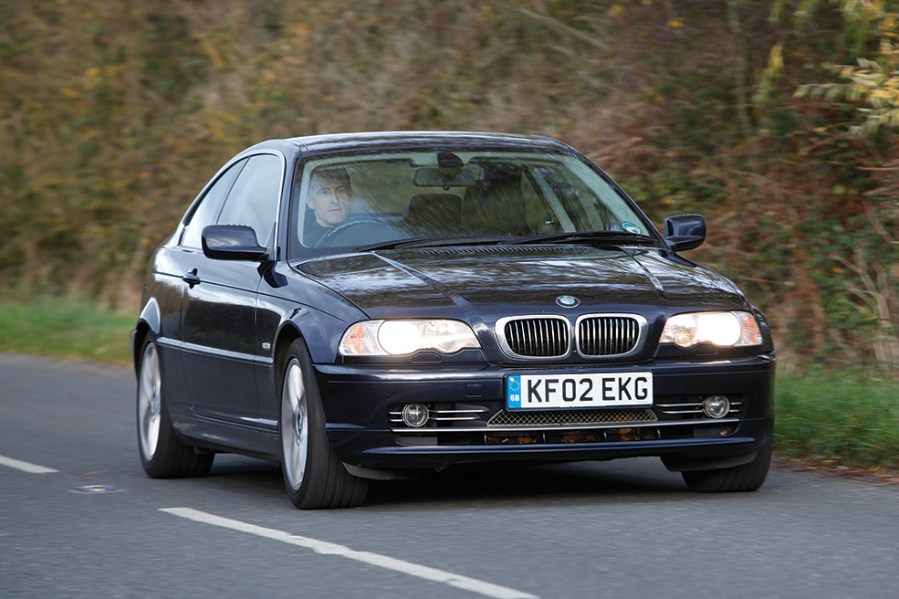 The BMW 3 Series entered the modern age in its E46 guise – arguably the best example of the breed. Here’s how we got on with our own 330i

The BMW 3 Series E46 is still thought of by many as a modern car, but it’s actually older than you might realise. The first examples appeared in 1998, which means the E46 is coming up for its 25th anniversary.

First launched as a four-door saloon in 1998, the E46 was essentially an extensive update of the previous E36 generation, which itself had represented such a massive leap over the older E30 3 Series that it still felt fresh and modern as the new millennium loomed.

The E36 had been the first 3 Series to offer a genuine coupe option, and had proved a massive hit in the UK among aspirational company-car users. It’s no surprise that a sleek two-door version of the new  E46-generation car appeared in late 1999, with the first cars wearing T-plate registrations.

Just like the previous coupe, the two-door E46 offered infinitely more style than the workaday four-door model and yet was almost as practical: with a sizeable boot, all had five seatbelts and most were specified with the fold-down rear seats, meaning bikes and building material could easily be carried.

The Coupes were all facelifted in March 2003 (although not the M3), gaining revised front end styling with different headlights and a six-speed box for six-cylinder models. The latest examples were built in May 2006.

The four-cylinder E46 models may have made sense for high-mileage drivers looking to minimise company car tax back in the day, but in truth they offer pedestrian performance and the E46 coupe is at its best in six-cylinder form. The 330Cd is a niche all of its own and even a mild remap can create an astoundingly quick car, but the enthusiast choice is the larger of the petrol sixes. This narrows it down to the 328Ci or 330Ci, of which the muscular 330Ci is the enthusiast choice, with its 231bhp making it a fast car even by today’s standards and noticeably more lively than either the 2.5 or 2.8-litre models. 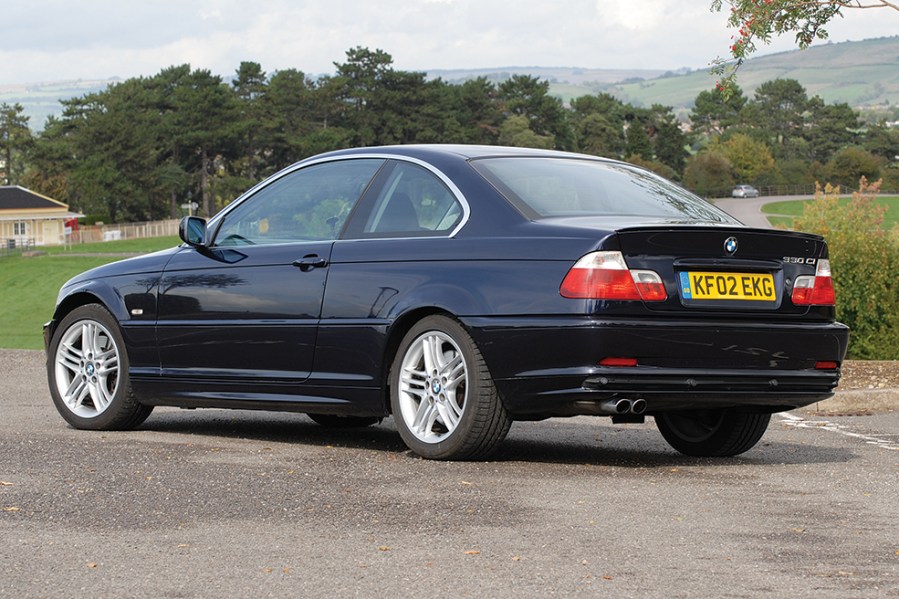 With the last cars produced less than 15 years ago, there’s a big choice out there but finding a standard car is the biggest challenge. As a more affordable alternative to the M3, the 330Ci was often seen with home-tinted glass, dubious fake M power wheels and ugly spoilers as well as the obligatory ‘BMW Motorsport Munich’ number plate surround. There are enough out there though for you to avoid the really tatty ones and save the hassle of getting it back to standard.

The two biggest decisions to make before going shopping are the choice of transmission and the question of Sport or SE trim. The torquey 3.0-litre suits the ZF automatic perfectly and it makes for a refined and relaxed cruiser, but the manual cars are noticeably quicker as well as being the choice of the keener driver. As for the M Sport option, that’s definitely one to try before buying: for the E46 generation, BMW supplied M Sport cars with a stiff suspension set-up which in conjunction with the 18-inch wheels provided a crashingly hard ride.

Some love it, others hate it but the M Sport bumpers and side skirts were only available with the rest of the M Sport trim, so if you want the Sport look then you’ll just have to take the ride that goes with it.

You do see a few tatty E46s around these days, but still only a few – and in reality those cars will have been horrifically neglected. If well cared for they’re a robust car with only a few niggles causing any problems, but one issue peculiar to the coupe and convertible is the issue of front wing rust. It’s thought to be down to the plastic arch liner shuffling in use, which over time will eventually wear the paint off the inner face of the wheelarch. The arch lip will then rust from the inside and when the first bubbles appear in the paint it’s too late. Sadly, this can happen even on the most cherished car, so it’s not something to put you off – in fact, it can be a great bargaining tool if you’ve priced up the cost of buying and painting a pair of wings first.

The 3.0-litre engine does tend to use a little oil but it’s no worse in this respect than a Honda VTEC and the best advice we were given by a BMW specialist years ago was to think of it as a highly strung race engine which needs an eye on the dipstick if it’s driven hard.

Poor running can often be improved by replacing the plastic breather assembly and tracking down any vacuum leaks, while a car which feels really flat or won’t start immediately will likely need a new camshaft sensor – all fiddly but easy DIY.

Underneath, worn balljoints are a common issue at the front, easily sorted with a complete replacement lower arm, while broken road springs are par for the course, especially at the rear and seized brake calipers are easily solved with an exchange caliper.

On the inside, a heater fan with a mind of its own can be cured by replacing the ‘hedgehog’ resistor behind the dash but by and large the trim is robust and wears the years well.

So all things considered, a relatively straightforward DIY prospect then? Over the years we’ve run not one but two 330Ci’s and our experience has been encouraging. 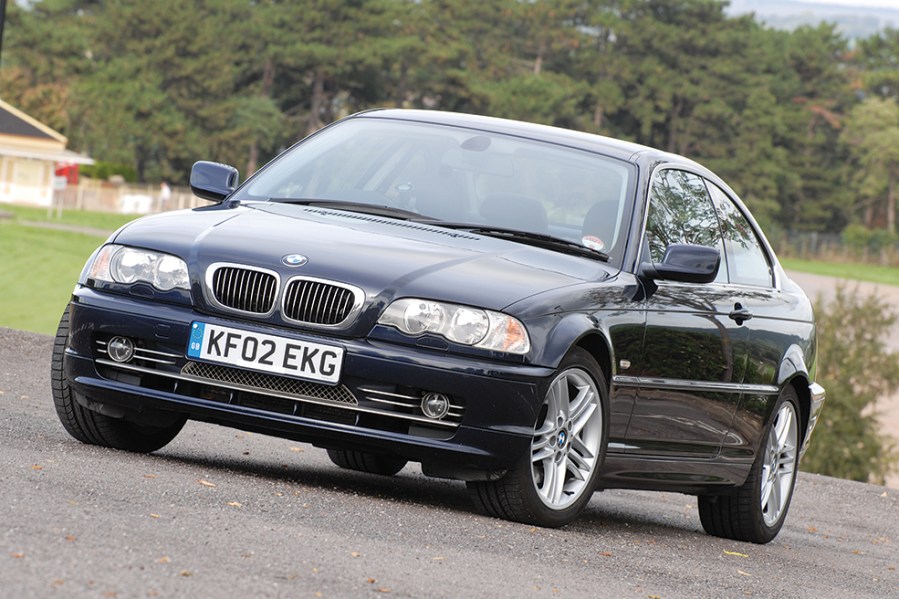 Our first experience with the E46 coupe saw us jumping in head-first with the purchase of a 174,000-mile example as a project car. Coming with pretty much zero history, it was about as big a gamble as you’ll ever take on one of these cars, but after just a few miles we could see it had potential.

Naturally, it had a few issues, the biggest being a tendency to stall easily, after which it wouldn’t restart immediately. Diagnostics traced this to the camshaft sensor which was an easy replacement and cost £40 for the part.

As bought, the heater fan was running permanently at low speed with the control panel having no effect, which is a sure sign of a failed heater fan resistor pack. Replacing this – commonly known as the ‘hedgehog’ – requires lying upside-down in the footwell with the clutch pedal in your face, but is straightforward enough.

With that done the car was pressed into daily use and as winter arrived we discovered the heater wasn’t so effective, the temperature gauge not quite making it to half way. Cue a new electronic thermostat, a common issue on these cars. We also replaced the water pump at the same time. Apart from using a bit of oil, the 330Ci proved itself to be a reliable and enjoyable way to travel, with little to give away its hefty mileage and most of the 231 horses still very much present and correct. 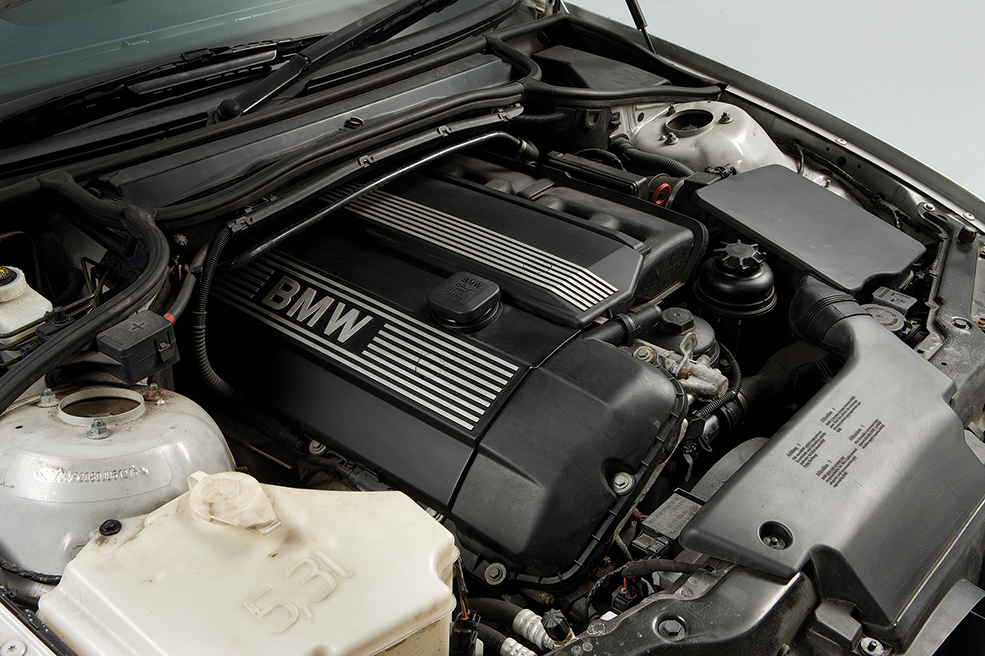 At its first MoT with us, we had the front control arm bushes between the arm and the bodyshell changed and shortly afterwards we sorted a sticking nearside front caliper with a remanufactured caliper.

And that was pretty much it for repairs. At the end of our tenure with the car we had the driver’s seat bolster trimmed where it had worn through and also fitted a pair of wings. Being bolt-on items we had them painted off the car, but bodyshops will generally advise having them painted in situ to blend in the colour.

I did miss it though, which explains why sometime later when I was hankering after something more exciting to replace my 320d Touring, I coughed up my own money for another 330Ci. Again an SE model rather than the Sport, it was an Orient Blue example from 2002 and came with the leather sports seats and rather fewer miles.

I ran it for a couple of years and it remains one of my favourite cars. Costs involved little more than a pair of rear dampers, a couple of tyres and replacement of the plastic oil breather system to cure an annoying tendency to smoke at idle. I cringe inwardly to admit it today, but its replacement was from the other end of the automotive spectrum: a Volkswagen Passat TDI estate…