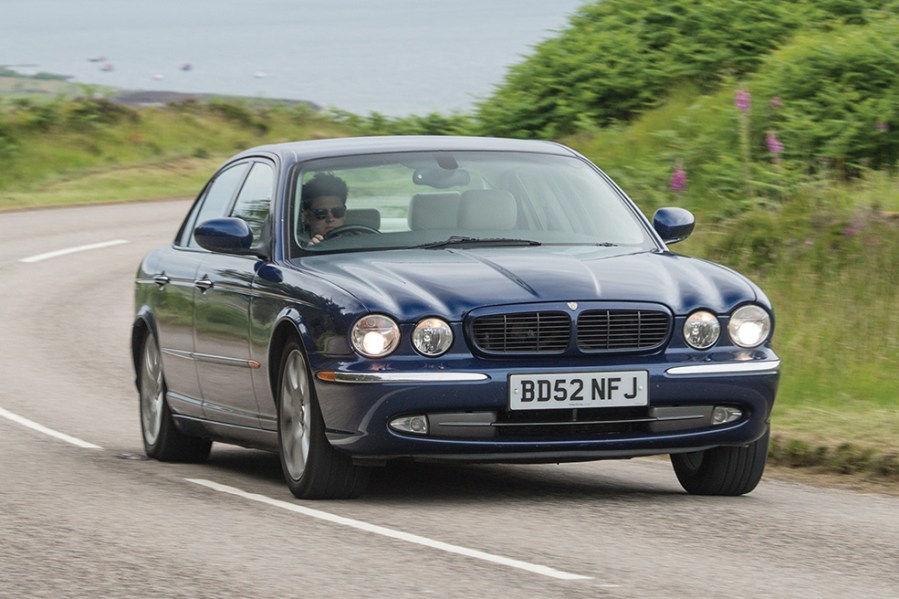 With traditional styling hiding modern underpinnings, our Jaguar XJ X350 project offered the best of both worlds. Here’s what it was like to live with

Jaguar’s XJ saloon has been with us for half a century now and during that time all eight generations have gained a firm enthusiast following, with the Series 1-3 models justifying classic status some time ago and the more recent X300 and X308 models prized for their affordable performance and luxury.

Even the once-ignored XJ40 is now recognised as a modern classic for its significance to the Jaguar story but the generation which tends to get ignored is perhaps a highlight of the Ford era: the X350.

Whereas the X300 and its V8-engined evolution the X308 were both essentially developments of the XJ40 which had first seen the light in 1986 and could trace its origins back to the 1970s, the X350 was an all-new creation.

Although launched in 2002, development of the car had in fact begun much earlier, running in parallel to the X-Type. Unlike the Mondeo-based X-Type though, the XJ boasted some radical technology beneath its somewhat conservative style. Demands for increased interior space meant it would need to be larger than its XJ40-based predecessor, which required a wheelbase stretch to 3034mm but in order to avoid the weight ballooning as a result, the decision was taken to go with a lightweight aluminium construction.

Back then this was a bold step, only Audi having successfully volume-produced an aluminium monocoque saloon car, but with Ford money behind them the Jaguar team managed it.

Unlike Audi and Honda’s use of extruded spaceframes, Jaguar went for a bonded and riveted construction which the firm still uses today, involving the high-tech glue being cured by the heat of the paint oven. It’s strong, too: apparently tests have shown that when two sheets of aluminium glued together in this way are separated, the metal will fail before the glue.

It wasn’t all good though. The lower strength compared to steel was a factor heavily influencing the appearance of the new car, with designer Fergus Pollock pointing out that the need to retain torsional stiffness resulted in larger than average pillars and a high waistline.

In his fascinating book Jaguar Design, former Jaguar designer Nick Hull also points out the rising feature line in the lower half of the rear doors which apparently helps to visually slim the sides of the car.

As for the look of the car, extensive customer clinics held by Ford saw the adoption of the familiar Jaguar face with the sculpted four-lamp front end.

Underneath was found standard air suspension at all four corners and in conjunction with the car’s lightweight build this made it a more capable handler than its size would suggest.

Facelifted in 2007 for the 2008 model year and gaining the X358 designation, the car gained revised grille, mirrors and front bumpers plus the side vents in the wings, while the 3.5-litre was dropped for the UK market. It would be replaced by the radically different-looking X351 in 2009.

My first introduction to the X350 generation was ironically enough, during my time editing a BMW magazine when a press driving day gave me the opportunity to sample the range-topping XJR. I’d arrived at the event in the crushingly capable M5, which meant the Jaguar had its work cut out to impress.

But impress it did, the combination of 400bhp in a shell the weight of a Mondeo making the car the equal of the BMW. What’s more, the press car in gleaming black with polished 20-inch wheels looked at once both classy and threatening with the cream dials and hint of blower whine giving it a sense of occasion distinctly lacking in the clinical German car.

The experience certainly tempered what I would later write about the BMW, but my next experience with the aluminium XJ was several years later when I borrowed the keys to an XJ8 Sport project car.

After running a couple of errands locally, I commented that the car was a cut above our usual project car standard, whereupon I discovered just how little we’d paid for it: I think around the three-grand mark in a trade sale, but this was some four years ago now.

As acquired, the car was far from perfect but the array of warning lights which would have frightened off many people proved to be a collection of relatively simple fixes. The air suspension fault was sorted out by replacing the compressor, the inactive ABS and DSC stability control messages were caused by the ABS reluctor ring on the nearside rear driveshaft and the inactive central locking was sorted with a replacement used driver’s door lock. 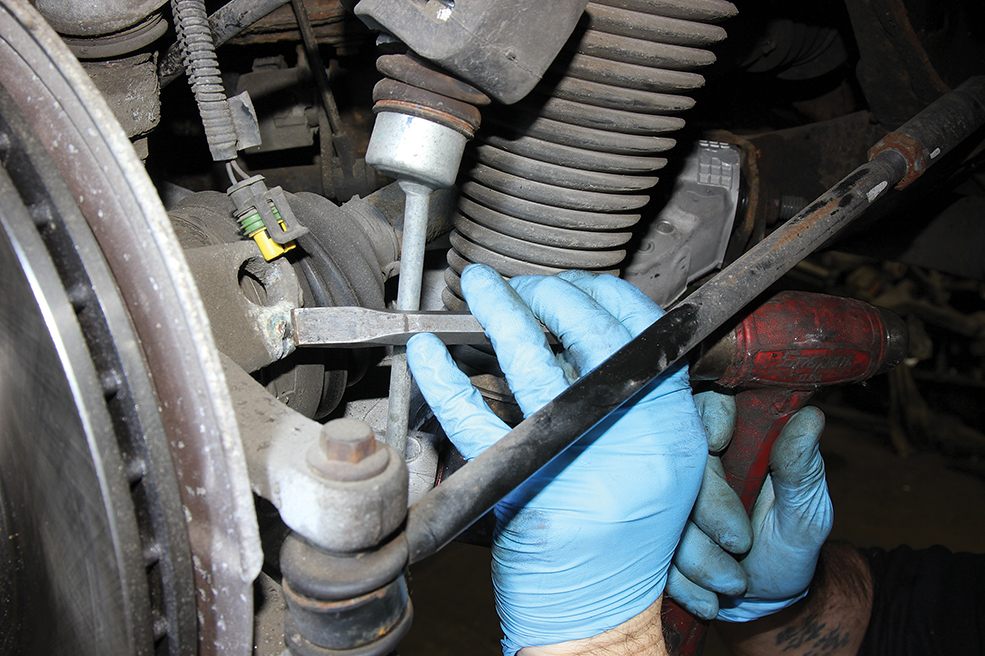 The parts were cheap enough and although you need a fair bit of space to work on these five-metre-long cars, it was all within the scope of a keen DIY enthusiast with regular tools. Even the diagnostics interface for reading the error codes can be bought cheaply enough and used with a regular Windows laptop.

With that all sorted out, we treated our Jaguar XJ X350 project car to a proper service including a fluid change for the five-speed ZF automatic and after polishing the clouded headlight lenses with an orbital polisher it was good to go.

And go it does, with the 4.2-litre V8 delivering a smooth 300bhp which gives the big sober-looking saloon startling pace. Yes, drive it hard and it will return the kind of economy you traditionally associate with big Jaguars but with some restraint the 310lb ft and 1600kg kerb weight can be used to good advantage and we regularly saw 34mpg on longer motorway trips.

Since the initial work, our Jaguar XJ X350 project surprised us by needing pretty much nothing else doing for the next two years of regular use, with consumables being the main running cost. Surprisingly, the big Jaguar seems pretty easy on its tyres, with the new set of Giugiaro-designed Vredestein tyres still showing plenty of tread even now – but in some respects the XJ still comes with the running costs of a £50,000 car.

When it does need new boots for example, budget on £150 a corner for premium rubber in the correct 235/50 ZR18 flavour, although more budget options are on offer at around £90 a throw. 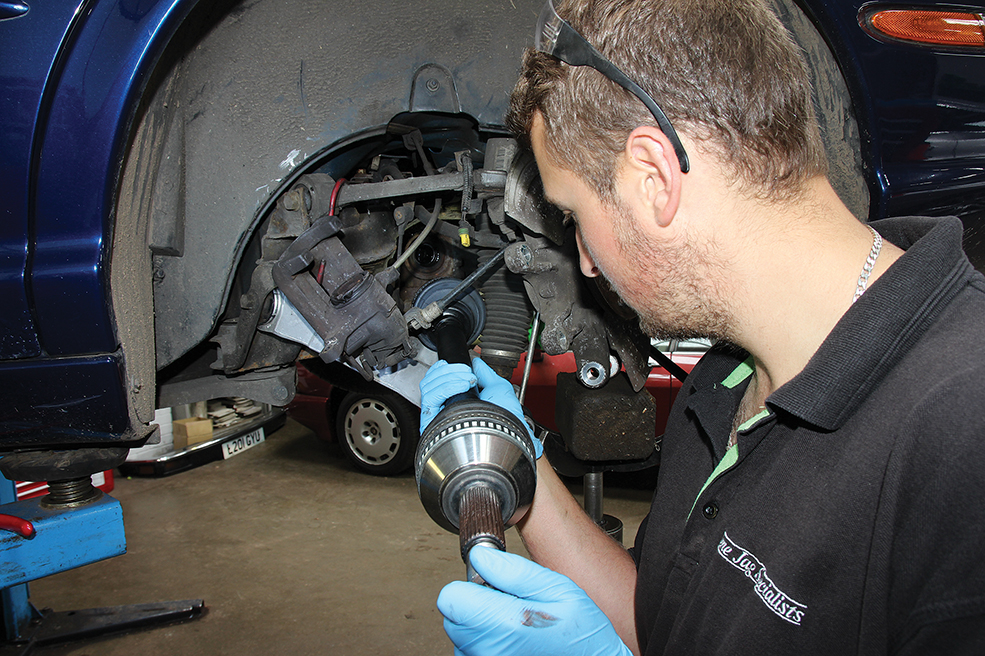 A service at local specialist Nene Jags threw up an advisory on the gearbox oil cooler which was starting to look tired, while the MoT tester didn’t like the look of the deteriorating grease covers on the front balljoints, so they were replaced.

And the ‘Big Jag’ as the car had become known against our ‘little Jag’ X-Type project carried on returning faultless service until circumstances conspired to leave it standing for a couple of months. Clearly, like most complex modern cars the X350 doesn’t like being left idle and as well as a flat battery the car had settled on to its bump stops like an abandoned Citroën.

The system does allow for a certain amount of settling when the car is left for an extended period and would usually level itself up within seconds of being started, but this time nothing was happening. Eventually the front lifted itself to the right height, but the rear had to be persuaded by a couple of Classics World staffers bouncing on the open boot sill and even then one corner was noticeably low with the dreaded ‘air suspension’ error refusing to disappear.

Spirited driving eventually got it to sort itself out but the next day it returned and the eventual diagnosis from specialist Chiltern of Bovingdon was that a replacement air spring was required. Having the job done by a workshop was obviously more costly than a DIY fix but with that done the car is now back to full fitness.

We usually turn over our project cars pretty regularly but the XJ8 has become such a favourite that we still have it on our fleet. In fact as I write this it’s currently in the bodyshop awaiting a full respray which says all you need to know. 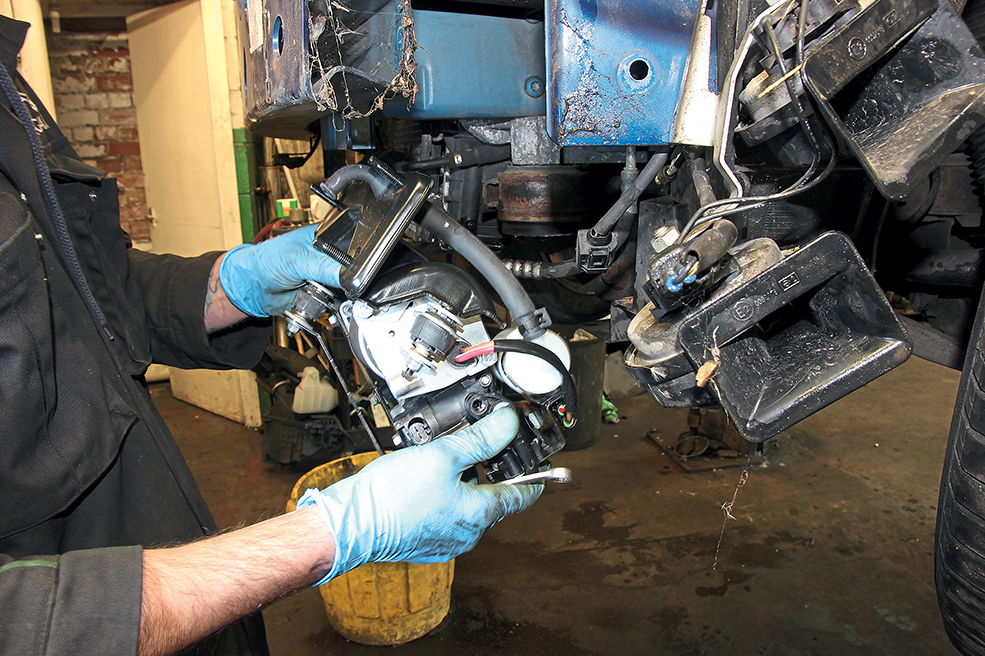 AT 5m long and 1.9m wide, the X350 is a big beast but like all the best cars it shrinks around you within just minutes and even staffers who traditionally favour classic Minis were soon at home behind the wheel.

The car’s forte is refined high-speed cruising of course, and on a long motorway journey even our high-mile 17-year old example remains as refined as many brand-new executive saloons, with standard cruise control, unobtrusive split-zone air conditioning and electric seats. Wind noise is at modern levels, although there’s some bump-thump from the fat 50-profile tyres over expansion joints and lateral trenches.

The real surprise is away from the motorway though, where the hefty XJ can really be made to hustle. It’s on a fast and flowing A-road that the weight advantage of the aluminium construction really makes itself felt and the car’s composure is impressive. In reality, the driver is likely to run out of ability before the car and on a swift cross-country route it can demonstrate the pace of a 1980s GTI. 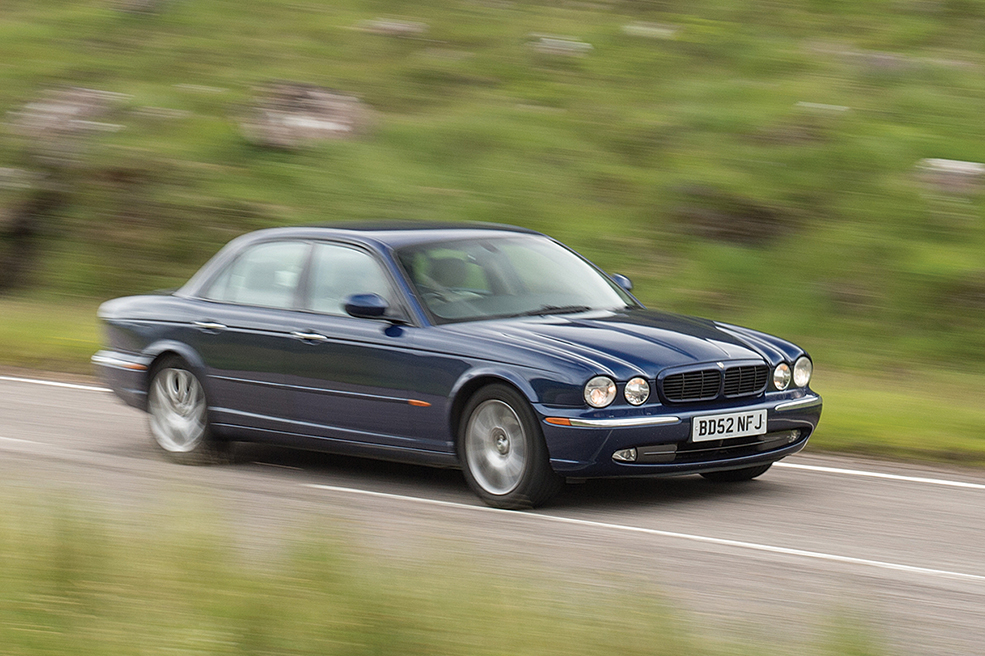 The XJ8 also offers a startling turn of speed, the 6.3-second 0-60mph time of the 4.2-litre V8 leaving you wondering if the XJR really is worth the extra bother. While the traffic light drag races which bring out the inner schoolboy in all of us are great fun, they’re not what the car is all about, but its power does translate into effortless overtaking ability with the five-speed ZF box complying without jerky kickdowns: bury your foot and the XJ eases down a gear and just oozes past slower traffic.

Practicality? Well the boot is bigger than for example the shallow offering on the Series 3 which is hampered by having the fuel tank behind the rear seats, but it’s still on the small side compared to a contemporary BMW 7 Series. Interior space efficiency is vastly improved over the older XJs though, especially in terms of rear headroom.

As for the other aspects of ownership, the X350 generation is well catered for by the usual independent Jaguar parts specialists and there’s nothing you can’t get hold of. Working on the cars is more a question of psychology: if you’re happy to have a go and demonstrate enough patience, it’s a surprisingly DIY-friendly proposition thanks to great club and forum support.