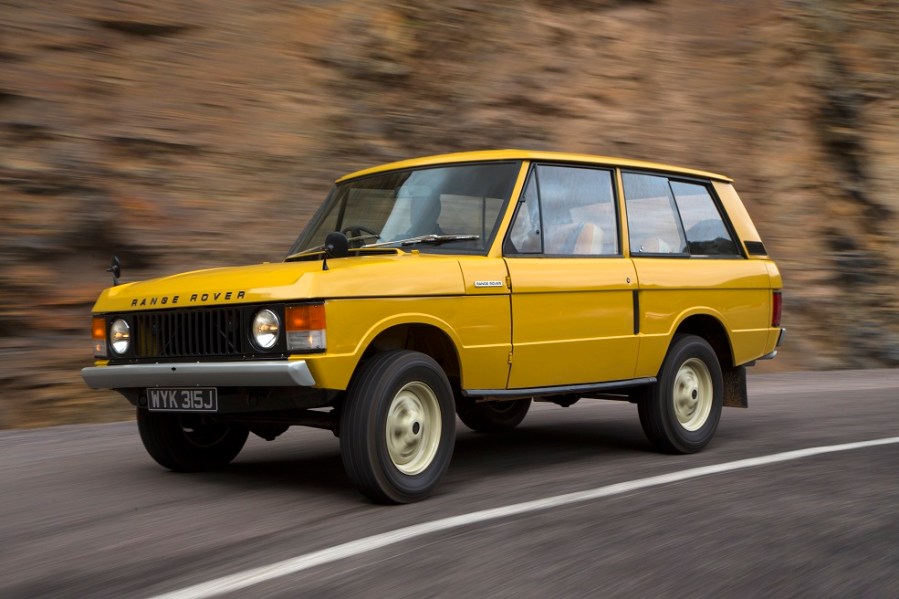 The 1950s and 1960s saw the concept of the luxury saloon change almost beyond recognition. We take a look at the shift in perspective.

In the immediate postwar period, the market for large saloon cars began to shift. Once arguably the most conservative sector of an already conservative British market, customers began to demand a little more flair from their family cars. The next two decades saw a complete regeneration not only of models available but of the way they were pitched, and arguably the 1950s and 1960s set the mould for the complete upheaval that the executive sector has faced since. 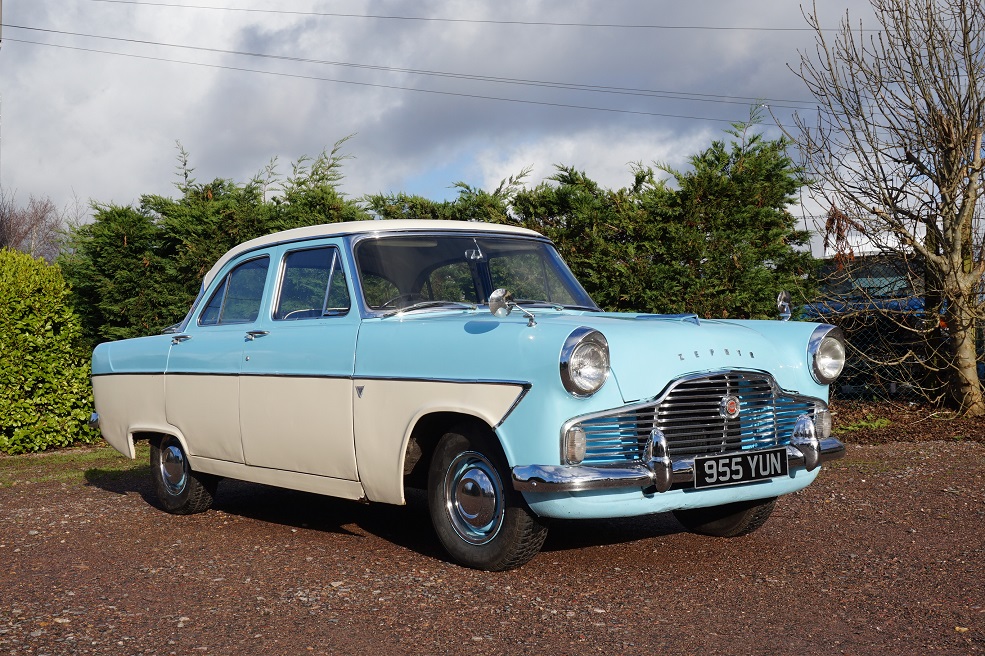 In the 1950s, Americana was king. And there was nothing in 1953 that came close to the glitz and glamour offered by Ford. While the Mk1 Consul and Zephyr had been shipped across from Dearborn largely unchanged, the cars had gained ground in the UK for their advanced Ponton styling, the perception of American glamour and their low price when compared to rival BMC products. And the Zodiac just made everything better: 22ct gold badging, two-tone paint, leather trim and whitewall tyres all elevated the owner of a Zodiac far above the man who drove himself home in a Morris Six, even if both cars were ostensibly big-engined derivatives of the standard family car of the era. Ford continued the theme with the Mk2 Zodiac of 1956. Longer, wider and more powerful, the MK2 Zodiac was more than up to showing Johnny Cresta how the American look should be achieved. Popular with hot rodders today, the Three Graces (Consul, Zephyr and Zodiac) still show 1950s style at its best. 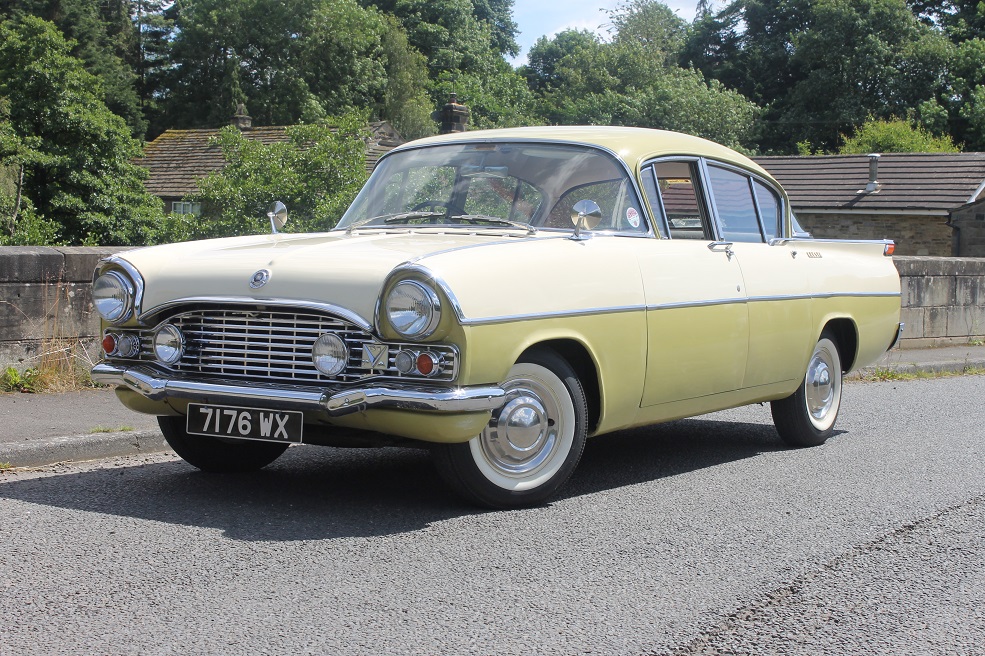 Over in Luton, Vauxhall’s E-series Wyvern, Velox and Cresta range was looking a little old hat next to the Mk2 Zephyr. So in 1957, the new PA model was launched – the four-cylinder Wyvern was dropped, to be replaced by the smaller Victor 101, while the Velox and Cresta sixes continued in a new body redolent of the 1954 Cadillac Park Avenue concept. While the Zephyr-chasing Velox was more conventional with single tone paint, vinyl trim and subdued hues, the prestigious Cresta offered pastel shades and multiple tones in a bid to out-Detroit the rivals at Ford. And while initially suburban bank managers were unconvinced by the merits of a pink and white befinned barge, the Cresta soon earned itself a loyal following among the flamboyant. Later models had a single-piece rear window and the 2.2-litre engine grew to 2.6 litres, but for fans of Americana on a British scale the Cresta is unparalleled. Even Daimler was impressed enough to propose a joint venture prior to the Jaguar takeover – the stillborn DN250 was to be a reworked PA with a V8 and Daimler trim. Replaced in 1962 by the PB, the Cresta was toned down considerably for successive generations, yet retained the American flair for which it had become famed. 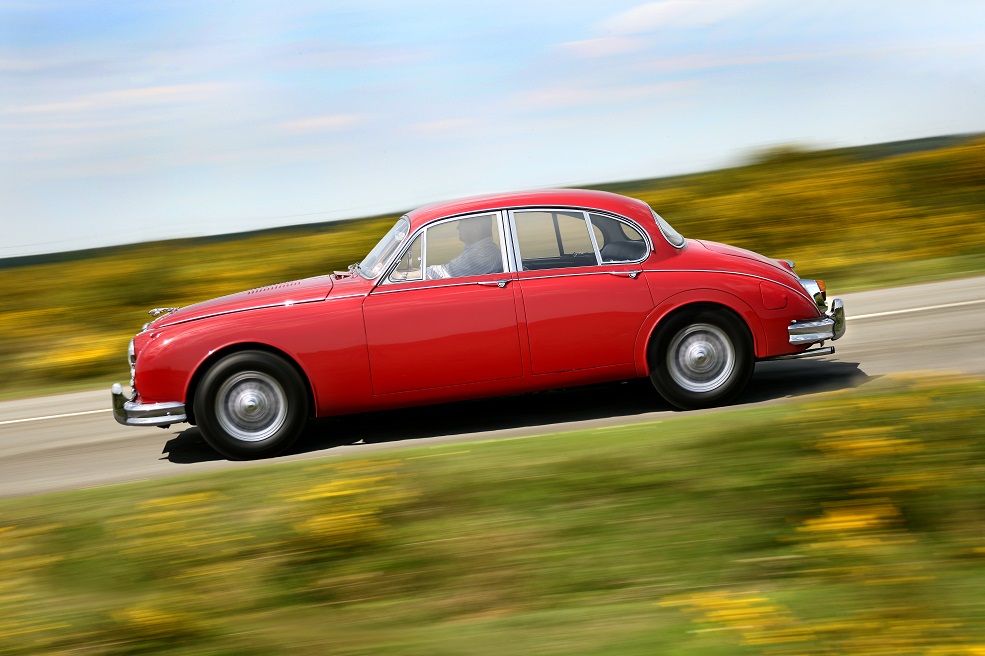 While American influences reigned supreme at the budget end of the big car market, the 1950s also marked the dawn of the sports saloon. Without sacrificing the practicality of your family Ford or Vauxhall, you could have a car which embarrassed the sports cars of the day courtesy of Armstrong Siddeley, Standard, or the market leader Jaguar. Jaguar’s Mk1 and subsequent Mk2 saloon really did match grace, space and pace – to an alarmingly reasonable price. While the 2.4 might have been a shade pedestrian, 3.4 and 3.8-litre Mk2s were so quick it was almost criminal. And ‘almost’ soon became national news, given how many Mk2s were liberated from their rightful owners for blags in the 1960s and 1970s; The Sweeney just wouldn’t have been the same without a written-off Jag in every episode.

And while the public perception may have changed courtesy of Morse’s Oxford gentility, the fact remains that the Mk2 in period was a very raffish and almost untrustworthy car to be seen in in period. Values rightly reflect the desirability of what is arguably the era’s most iconic saloon. 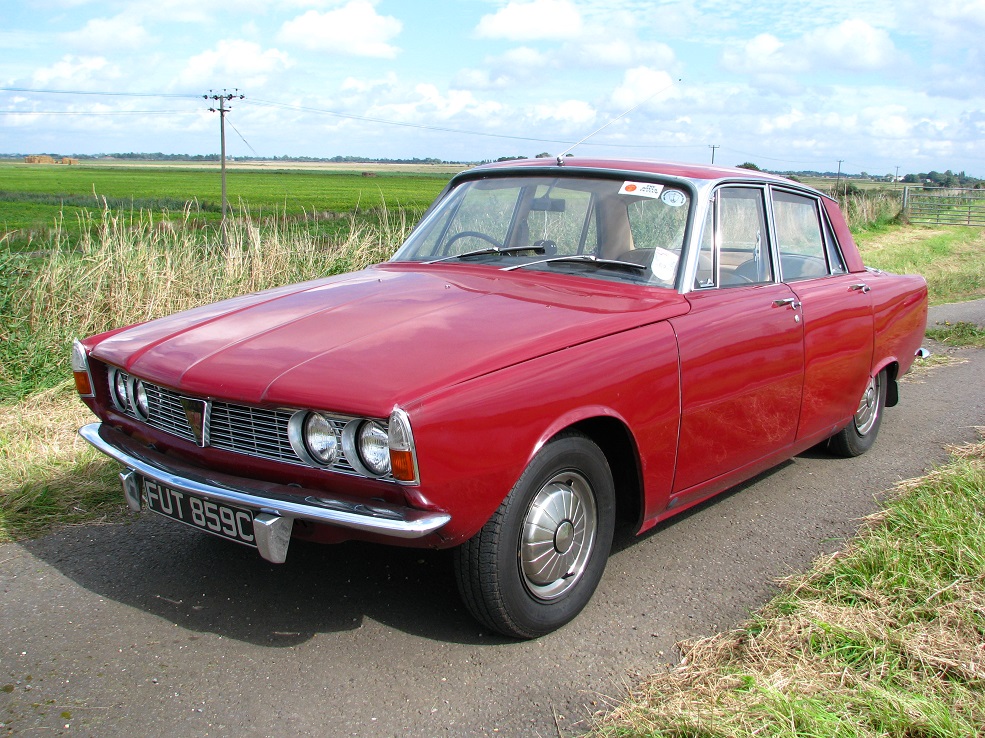 The early 1960s saw the saloon car market change again; the emergence of a new, younger breed of executive meant that the executive saloon had to change to accommodate him. The Rover P6 and similar Triumph 2000 were targeted at this new market; people for whom the Austin Westminster and Humber Super Snipe were just too stuffy and old fashioned. And the formula worked – both in Britain and abroad. It popularised the concept pioneered by the BMW Neue Klasse the previous year; that of a large and prestigious saloon car which cornered and stopped like a lissom sports car, for the same price as the relatively stodgy 2.4-litre derivative of Jaguar’s Mk2.

As time passed, the slightly underpowered 2000 was supplanted by a twin-carb derivative, and both were supplanted in 1974 by 2200cc variants of the same engine family. But it was with the ‘Three Thousand Five’ that Rover pulled its master stroke. The ex-Buick V8 engine gave the P6 some real clout and marked Rover’s card as the brand for up-and-coming company directors as well as more junior executives. 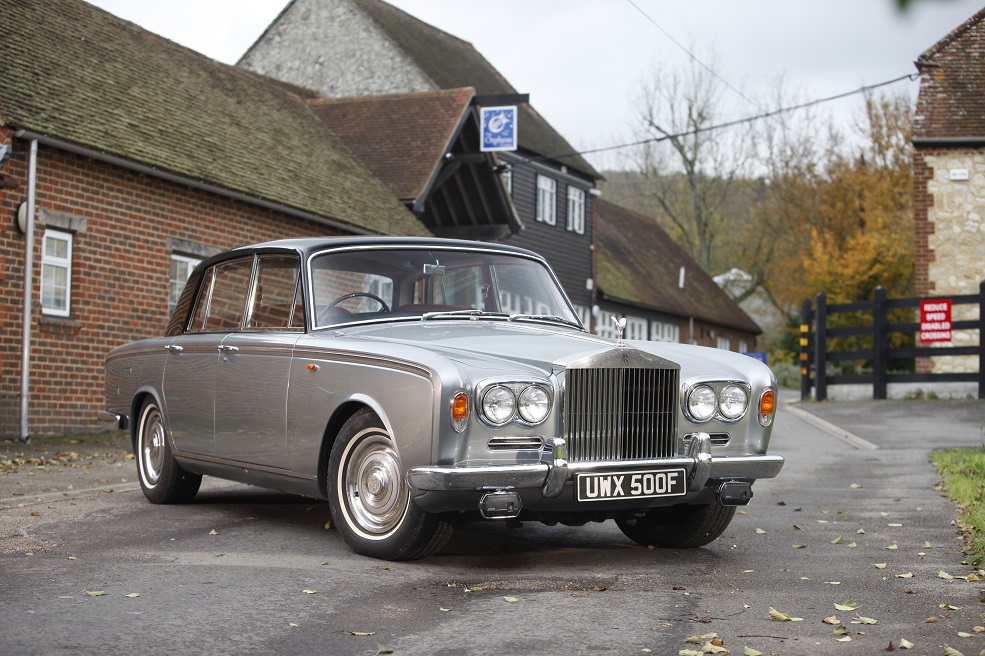 It was all change in the 1960s – and Rolls-Royce wanted a slice of the action. Its patrician Silver Cloud had been just the ticket for the owner whose chauffeur did all of the manual labour, but in a new era of owner-drivers it was just a bit too cumbersome for the majority to want to contemplate. And with the rest of the world turning toward monocoque construction, naturally Rolls Royce was inclined to do the same. The result in 1965 was the Silver Shadow – as big a departure for the company in 1965 as the Wraith coupe seemed almost 50 years later.

Long and low by Rolls-Royce standards, it was better to drive and to be driven in than its predecessor. And it worked in concept – the Shadow lasted until 1980, and its floorpan lived on until 1998 underneath the last of the Silver Spirits. 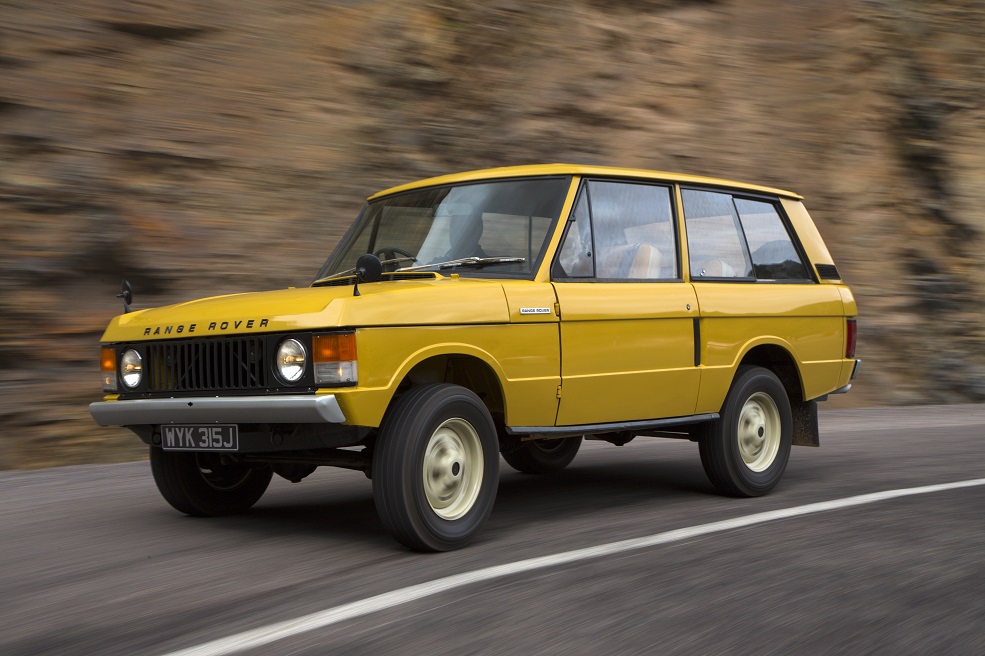 A left-field car to include, but as the Range Rover was developed during the 1960s we think it deserves a place on this list. Because while it may not have been conceived as a large executive saloon from day one, it’s arguably the end of the executive regeneration of the 1950s and 1960s. Because if you look at the sort of people now who once chose Humbers and Wolseleys, such people of standing now drive premium off roaders.

The Range Rover was developed to meet the needs of those who required a farm vehicle for the week which also looked right on weekend City jaunts – and grew from that, sprouting additional luxuries until it rightly rivalled and outclassed the descendants of our classic saloon choices.

Executive cars were somewhat stolid until the 1950s – but as American glamour showed the British public that we really could be different, we began to see a very different aspect to the upmarket saloon. Suddenly image became key – whether it was the Hollywood glam, or the sporting minimalism, or – moving forward – the rough and tumble active lifestyle that today’s executives seem to espouse. These cars all have their places in the history books as a result.