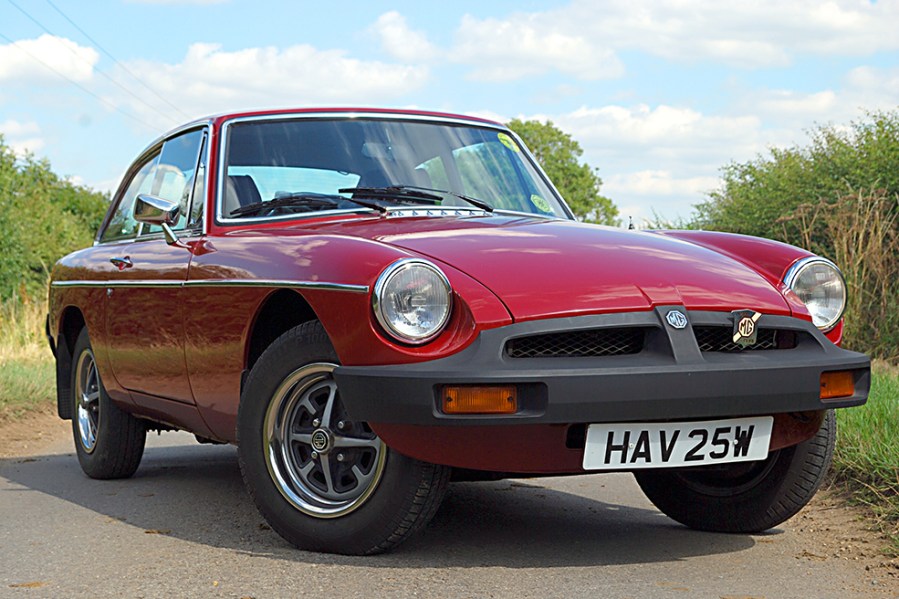 Forever the poor relation, the late-model ‘rubber-bumper’ MGB is gaining in popularity – and now’s the time to buy

The evergreen MGB needs no introduction to Classics World readers: it was the second in a ‘new line’ of MG cars started with the MGA, which neatly explains its name but it would also carry the distinction of being the last car to be fully developed by an independent MG company before everything was centralised under BL.

The car’s elegant style ensured it would become a blue chip classic car icon, as often featured on birthday cards as other instantly-recognisable silhouettes like the Big Healey and E-type. Indeed, the car became a classic even while it was still in production, but in 1975 those delicate lines were changed dramatically to meet crash safety requirements in the important US market.

A directive was first issued by the US National Highway Traffic Safety Administration in 1973 detailing the standards which would be required for cars sold in the US market in 1975 and chief among them were a barrier test and a minimum bumper height requirement.

The barrier test required a car to survive a 5mph impact without visible damage, something which was easy for the Detroit cars with their massive metal girder bumpers, but impossible for the delicate chrome blades on the MGB. The bumper height as stipulated by the NHTSA required the bumper surface to be between 16 and 20 inches above ground level which at the time was above ‘chassis’ height for the MGB.

There was only one solution to the issue which was to raise the car’s ride height by an inch, but several alternatives were explored for the bumper. As detailed in Don Hayter’s ‘MGB Story’, initial trials used a section of rubber conveyor belting riveted to a metal bumper, followed by a polyurethane honeycomb section, again riveted to a metal bumper. 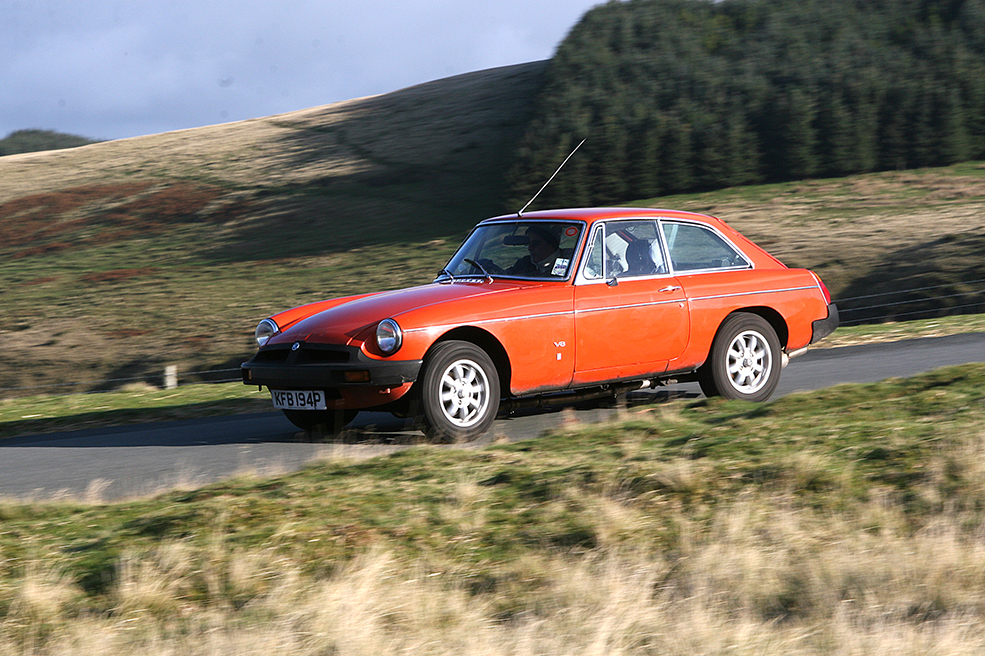 This second approach proved workable and the development work was transferred to Longbridge under the direction of stylist Harris Mann. The production bumpers were manufactured by Bayer in a material commercially known as Bayflex and in total added over 100lb to the car’s weight, requiring strengthening of the front bumper mounting and the rear body side member. This was a new technology though and Bayer experienced problems obtaining a quality finish until the moulds were chrome plated.

Despite the effects on ride and handling, the jacked-up suspension and big bumpers got the B through the US tests and in fact ensured MG’s survival: out of an annual production of 45,000 cars, some 40,000 went to North American and to leave that market would have made the operation unviable.

Accommodating the bumpers had involved significant bodywork changes and cash-strapped British Leyland could ill afford to produce two separate bodyshells for its low-volume sports car, meaning that the US-influenced bumpers and high-riding stance also became the standard for European cars.

Although Harris Mann’s work gave the cars a modern ’70s look, the big black bumpers became less popular as the cars aged and the more classic style was preferred, but as time has moved on and fashion has come full circle, the late-model cars have become more popular.

The anti-roll bars which had been deleted in 1974 to accommodate the raised ride height were reinstated for 1977 and one MG specialist commented to us recently that people forget how well these late-model cars drive. Although the MGB never received the level of investment required to update it, the car was continually evolved, meaning the big-bumpered cars do offer a great many improvements in convenience. 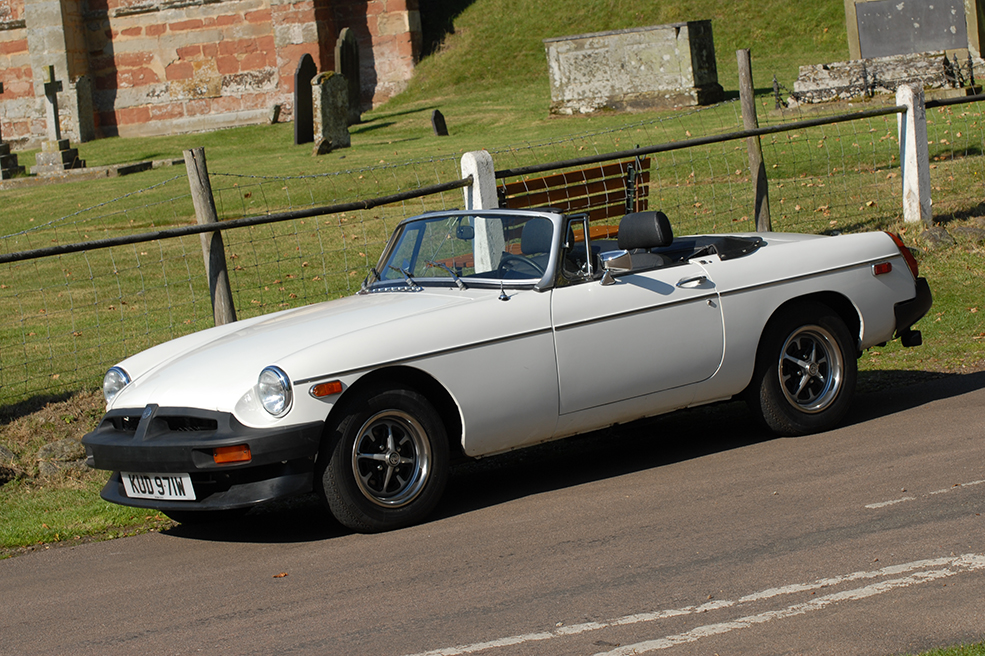 The B was the first MG to employ unitary construction which made it a big leap forward over the MGA but also means that bodyshell rust is a bigger issue than it is with the older separate-chassis cars. The more so since the science of monocoque bodyshells was in its infancy when the MGB was in development, meaning that in many areas its bodyshell was over-engineered.

A double-edged sword, this means that the design is commendably stiff, with big triple-section sills connected to the hefty central tunnel with sturdy crossmembers, but it does mean that there are plenty of double-skinned areas which are tricky to weld up neatly.

The biggest cause for concern will be the sills, a three-part construction employing an outer and inner sill with a ‘castle’ section sandwiched between them. Also check where the floor panels meet the sills and the inner arches inside the car and under the bonnet. The box section at the back of the front inner arches is also worth checking.

Sill replacement is a big job, since they extend beyond the front wings, which need to be removed to perform a full replacement. The ‘chassis’ rails, crossmembers and bulkhead also need careful checking, as does the scuttle panel. On the GT, inspect the visible seam at the top of the rear wings, while bootlids and tailgates can rot in the lower double-skinned sections.

The good news is that all the panels you might want are readily available, as well as shaped repair sections for the common problem areas. Ultimately, even the rustiest of MGBs can be saved with a new bodyshell and BMH can supply shells for both GT and roadster, although this will lift the cost beyond the budget needed to buy a better example in the first place. 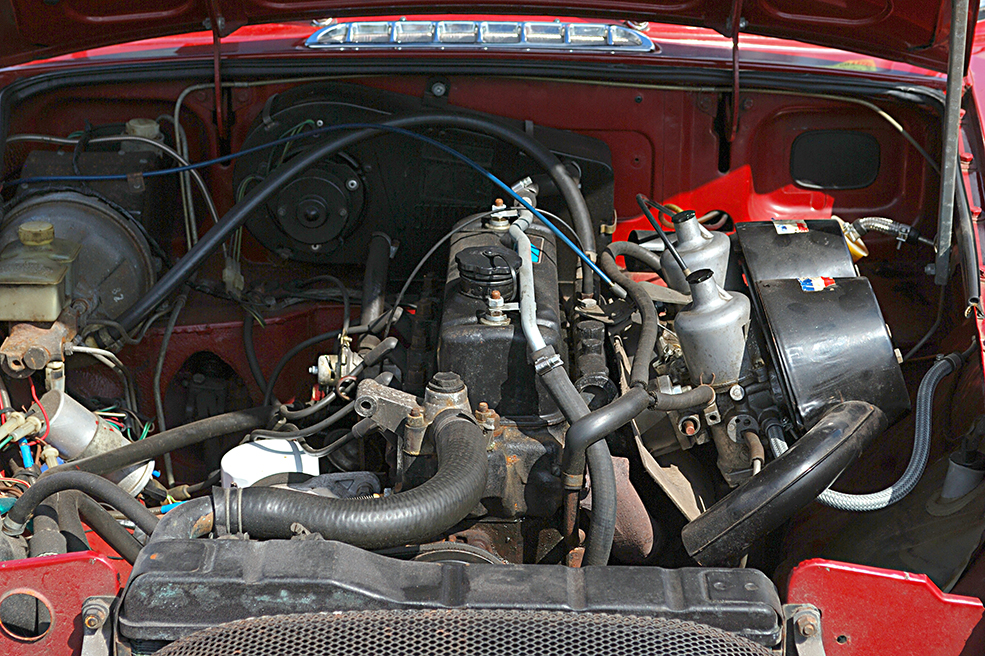 By definition, all the late-model MGBs run the long-serving B-Series four-cylinder and even neglected examples can survive remarkably well. Expect to see 50-65psi oil pressure at 3000rpm and around 20psi at idle, but slight smoking isn’t uncommon. It’s often caused either by a blocked crankcase breather system or by worn valve guides, in which case it will be more noticeable under acceleration. Being a pushrod design the head is relatively simple to remove at home and it can be overhauled for sensible cost.

Oil leaks are part of life with the MGB and will usually involve the front or rear crankshaft seals. Live with it unless it’s exceptionally bad, since replacing the rear seal involves engine removal. Ultimately, the B-Series is a simple engine and major problems should be obvious on a gentle test drive.

All MGBs were four-speed manuals and the rubber bumper cars received a standard-fit overdrive acting on third and fourth, making it effectively a six-speed. If the overdrive doesn’t engage, it’s usually down to an electrical fault as they are simple units.

Worn synchromesh will be obvious when changing down briskly but it won’t be a deal-breaker for a sympathetic driver used to double-declutching in old cars anyway. A screeching clutch release bearing can be an irritating issue since it’s only a small part but will involve gearbox removal to fix. 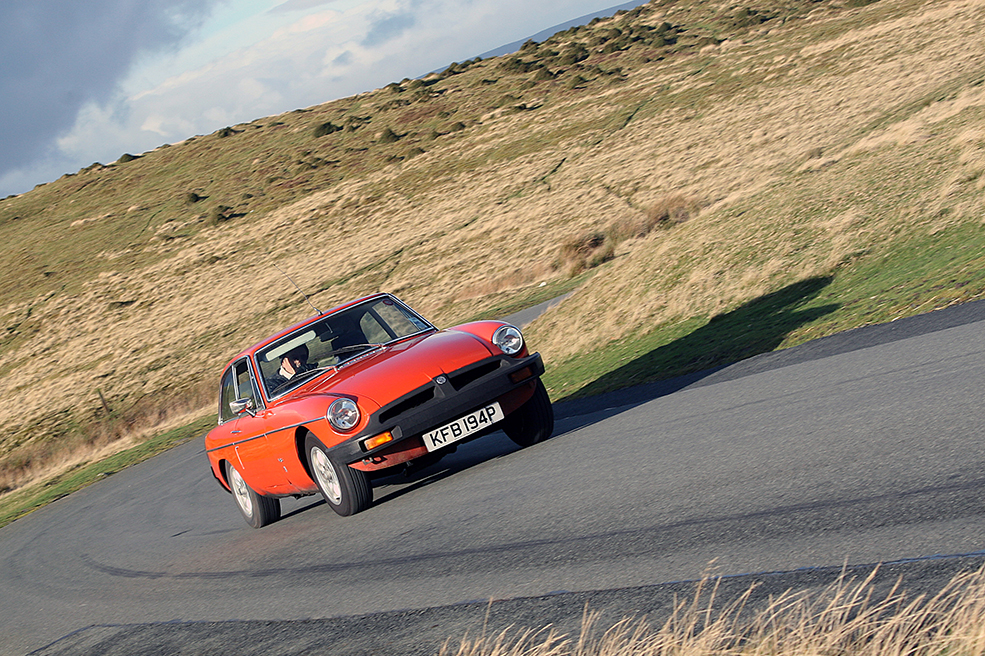 At the front end, kingpins should be greased every 3000 miles and evidence that this has been done indicates proper maintenance. Elsewhere, it’s a simple system and many of the rubber bumper cars will have been lowered to the pre-’75 ride height, so check that it’s been done properly without any finger-tight nuts and bolts.

If the ride feels twitchy, check the lever arm dampers for leaks. Wire wheel retrofits are unusual but not unheard of on the rubber-bumper cars so any clonking can be caused by play in the splines.

The MGB gained powered brakes in 1973 and these late-model cars offer modern disc/drum stopping power. If it pulls to one side or just doesn’t pull up smartly, suspect sticking callipers or leaky rear cylinders. 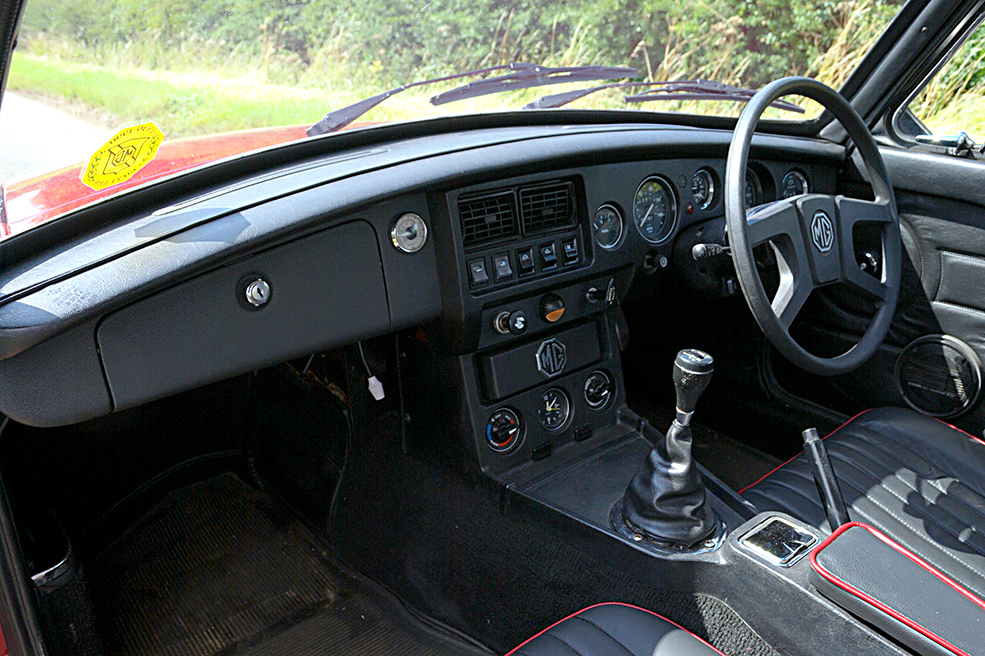 There’s not a thing you can’t get for these cars and MGB specialists will be able to provide most items off the shelf faster than you’ll be able to get parts for a modern car from a main dealer.

Even the trim for the last-of-the-line LE cars is still available, so a tatty interior needn’t be a deal-breaker but is cause for negotiation.

For many years the poor relation, today interest in the rubber-bumper cars is picking up and to many eyes in 2022, a nicely presented rubber-bumper car on period wheels looks every bit as classic as an early ’60s example on chrome wires.

Prices are rising accordingly, meaning that now is a good time to grab yourself an affordable project while these cars are cheap.