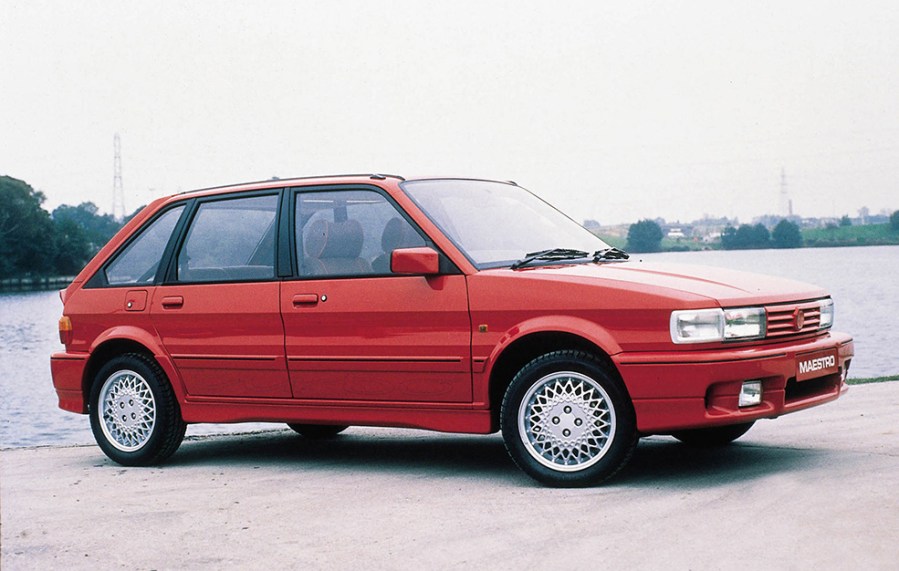 The historic MG octagon has seen action on some surprisingly quick cars – models which, even today, offer a lot of performance for the money. Here are our favourites

‘Faster than a Ferrari, a Porsche, a Lamborghini, a Lotus, an Aston…’ ran the advertising.

Slotting the MG Montego Turbo’s 150bhp, 169 lb ft 2.0-litre engine into the smaller, lighter Maestro created one of the fastest hot hatches of the 80s; that it accomplished this without fuel injection and a 16-valve head makes the achievement all the more memorable.

505 MG Maestro Turbos were built in a limited run assisted by Tickford. Known for its work with the forced induction Tickford Capri sought after by Ford enthusiasts, the firm’s Bedworth factory fitted the Maestro Turbo’s stocky bodykit and passenger cabin length graphics to cars trucked in from Cowley. A blown MG Maestro had been on the cards since 1984, but had originally been judged too quick for public consumption; four years later, in need of a prestigious flagship, management reneged on its decision.

Survivors are safely ensconced in enthusiasts’ garages, venturing out for the show season or the occasional drag strip run. 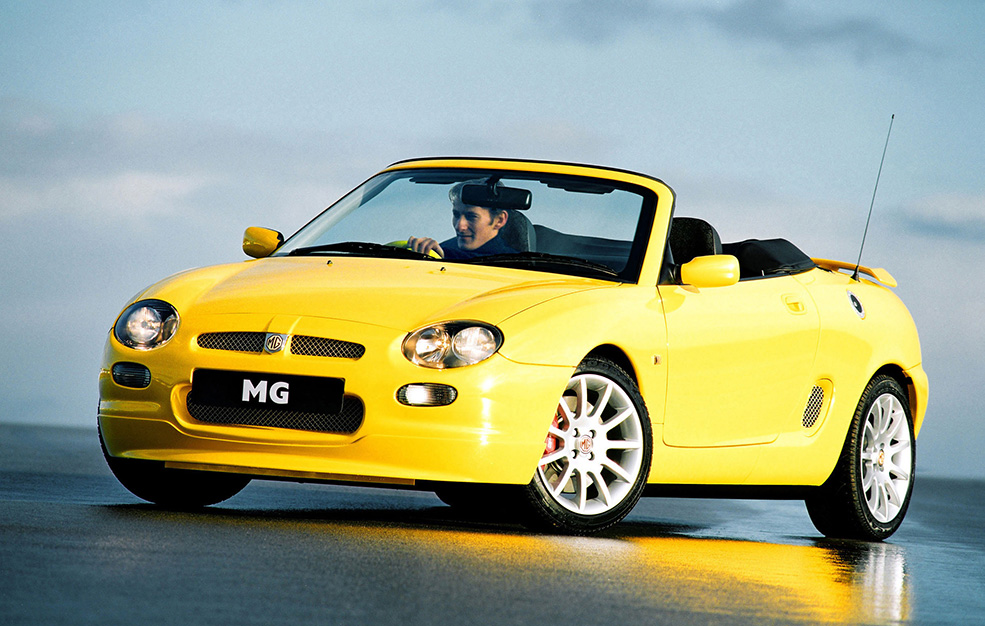 With the ‘F in its death throws (and the coil sprung TF waiting in the wings), the newly independent MG Rover decided to carve out a new identity for the model with a run of limited editions. While the similar-in-appearance Freestyle was the last short run MGF, the model it resembled, the Trophy 160 SE, served as the ultimate factory MGF.

Using the 143bhp VVC as a basis, stiffer Hydragas spheres were added, together with a front splitter, rear spoiler and AP Racing brakes; mechanical alterations upped the power output to 160PS. Two special colours – Trophy Yellow and Trophy Blue – were offered to set the Trophy apart as a performance MG, although buyers could also have their cars painted red or black. 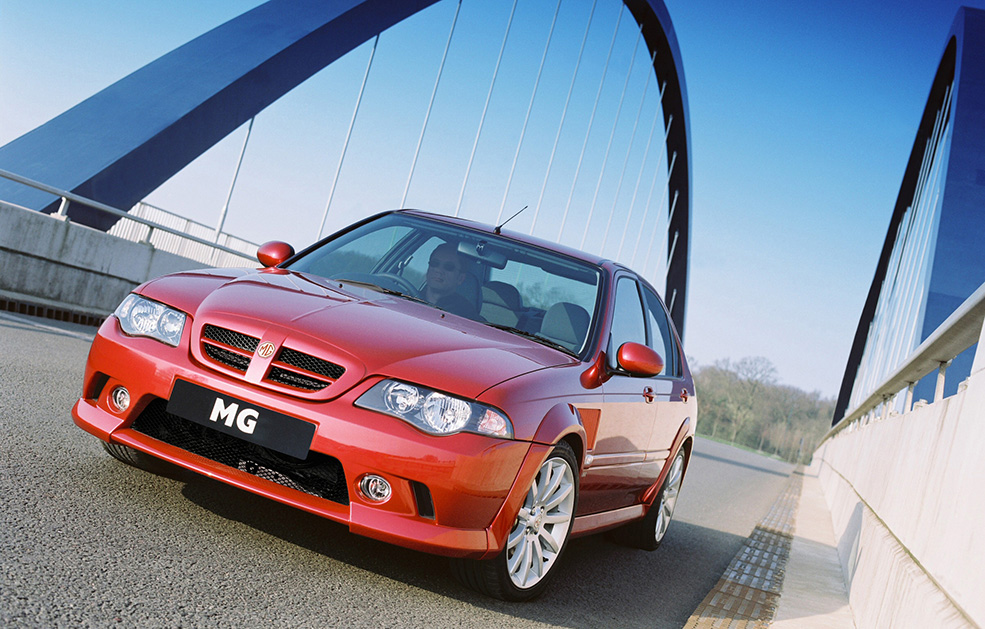 Given what it had to work with, MG Rover’s transformation of the Rover 400/45 ‘HH-R’ into the MG ZS was nothing short of remarkable. Its Honda Domani parentage gifted it with double wishbone front suspension at least; despite a limited development budget, the 2.5-litre V6-engined ZS 180 saloon won praise not only for its dynamics but for its outlandish appearance, which shamelessly aped contemporary Subaru Impreza and Mitsubishi Lancer Evolution models.

With its Rover 400 predecessor fast disappearing from roads, the ZS range, 180 included, represents the best value in our group. 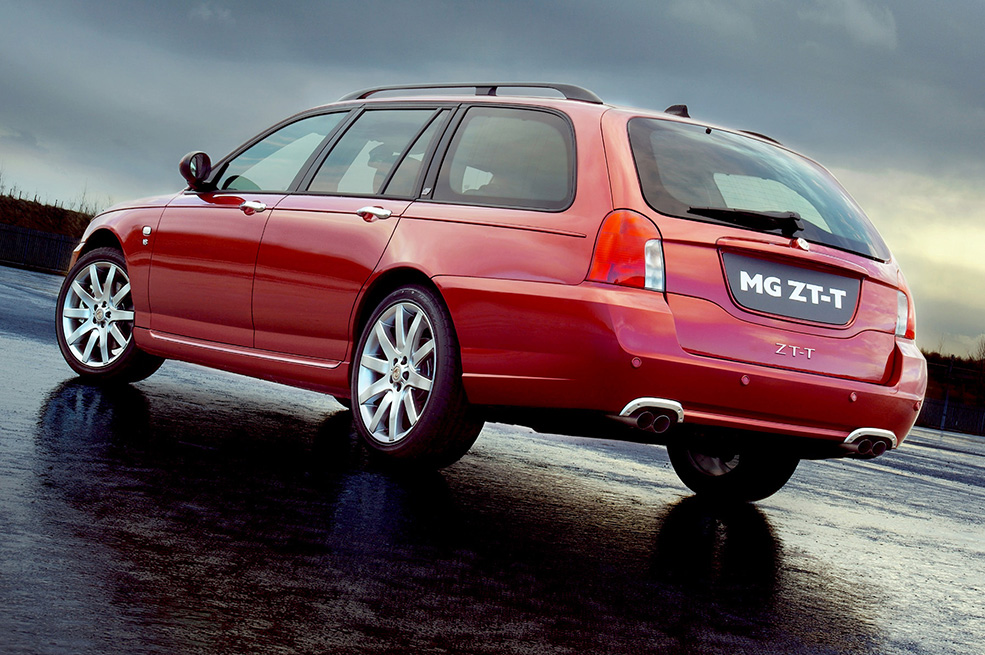 With fewer than 900 built, the MG ZT and ZT-T 260 once again showcased the talents of MG Rover’s engineering team, which created a flagship for the 75/ZT range through extensive remodelling.

Converting the front-wheel drive R40 series to rear-wheel drive was cheaper than developing a new model; while the ZT and ZT-T 190 were well respected, MG Rover desperately wanted to move upmarket – and felt that, together with aggressive rebranding, a race team and the X Power supercar, shoehorning a 4.6-litre Ford Mustang V8 under the bonnet of the 75/ZT was the way to go.