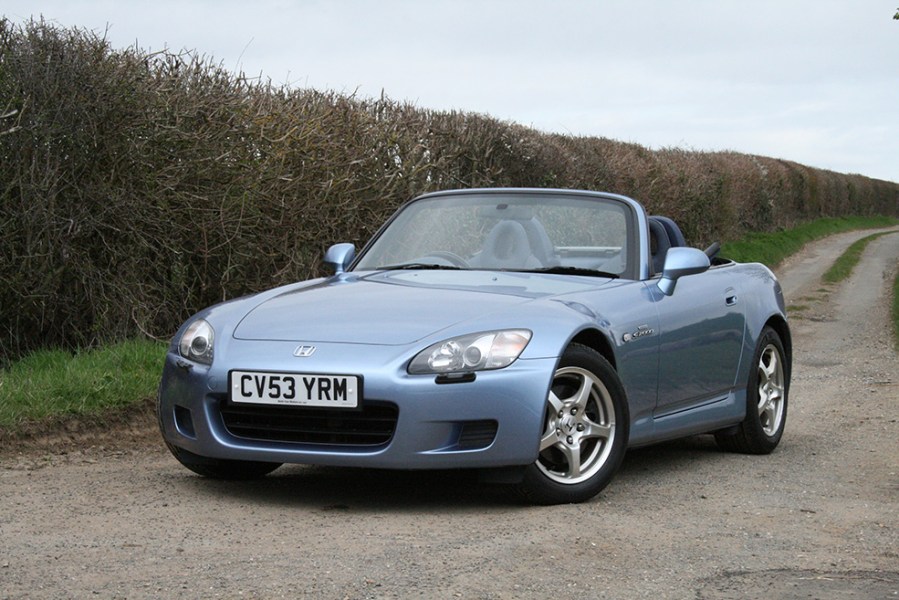 Honda’s answer to the MX-5 wasn’t to join it but beat it into submission with its astonishing S2000, offering 240 bhp from a race-bred four-cylinder engine without a turbo in sight.

When a company like Honda decides to build something special to shout about its 50 years in business then you know the result is going to be impressive and so it was when the wraps came off the S2000 in 1999.

Fresh on the heels of the technology showcase which was the NSX, the S2000 was in concept a kind of grown-up Mazda MX-5, taking that car’s back-to-basics approach but adding significantly more sophistication and nearly double the power output.

The heart of the S2000 was its engine: a 2-litre twin-cam four-cylinder into which the firm threw the total of its accumulated knowledge over its half-century of existence, with many of the design team taken from the F1 engine programe. The result was a power output of 240 bhp which was achieved without turbocharger or supercharger but by adding the firm’s trick VTEC variable cam timing and letting it spin to a heady 9000rpm.

You could be forgiven for expecting the result to be a lumpy, awkward unit to drive but in reality it was as docile in everyday use as a basic Civic and was also able to meet the strict California emissions regulations. Keep your foot in it until the needle hit 6500 rpm though and the change in character was starting as the VTEC did its thing and the needle leapt to the 9000 rpm redline. At this point, the short-shifting six-speed box came into its own and the grip afforded by the double wishbone chassis was much appreciated.

The body was designed to achieve class-leading rigidity but the S2000 also weighed in at just 1260 kg, meaning performance was lively: 0-62 mph in just 6.2 seconds and a top speed of 150 mph. Not bad going from a 2-litre four-pot.

All of which means there’s nothing quite like the S2000. Yes, there are open two-seaters which provide similar performance but none of them manage it with such elegance of engineering and without using either much larger engines or at least one turbo. For that reason alone, it deserves the status of modern classic and that’s before you factor in the superb Honda build quality and the neat styling which successfully updated the traditional roadster shape without resorting to clumsy retro.

What’s more, they’re currently startling value but you’d best be quick: these cars have always had a strong enthusiast following and the demand for standard, unmodified cars will shortly see values climbing. 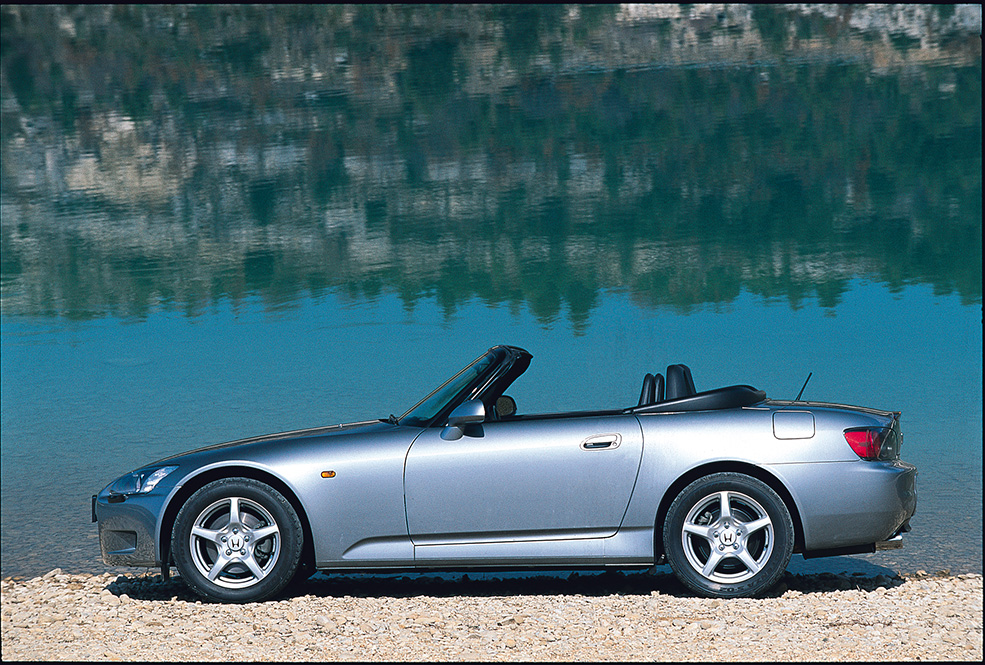 In 2004 the car received more major modifications, including more major suspension changes Including a softer rear end), revised bumper design and 17-inch wheels, while the VTEC ‘switchover’ was made smoother, with many owners reporting that these revised engines use less oil. A welcome change for the 2006 model year was the change to a drive-by-wire throttle instead of a mechanical cable, which permitted the option of traction control. Many owners pushing too hard in the wet had discovered just how easy it was to spin a rear-drive car like the S2000 and this saved many from embarrassing spins. You can recognise these cars at a glance by the lack of a hole in the centre of the headrests.

The final change came with the 2008 model year, which introduced traction control as a standard feature and brought more changes to spring and dampers as well as different alloy wheels with a wider spoke design. Production of the S2000 finally ended in 2009 after more than 110,000 had been sold. 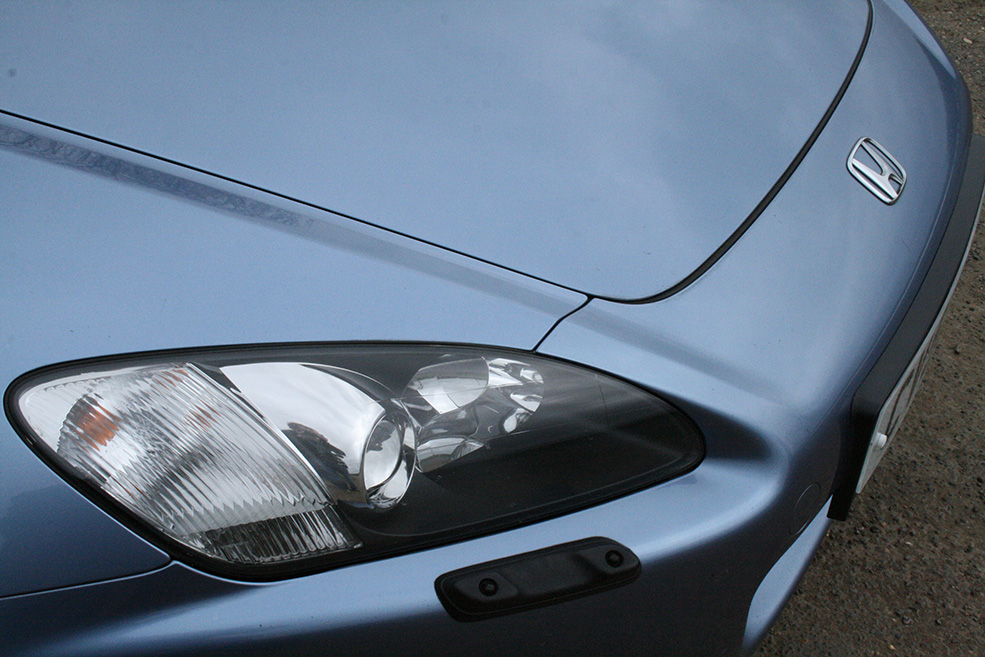 BODYWORK
For once, we won’t be advising you to grovel under the car looking for structural rust, but instead be on your guard for accident damage. It’s a powerful, lightweight car driven by its rear wheels and with pre-2006 models not coming with electronic traction control they’re notoriously easy to spin, especially in the wet on less than perfect tyres. For that reason it pays to make the usual checks of panel gaps, overspray and paint mismatch.

The electric roof is generally reliable too, although many don’t sit flush with the bodywork when lowered as the elasticated tensioning straps tend to weaken with age. Replacement Honda S2000 roofs are available which will make the hood fold neatly again. If the roof catches at the screen rattle at speed, this can be down to worn striker plates which are easily replaced with later parts which are thought to be made from harder metal. 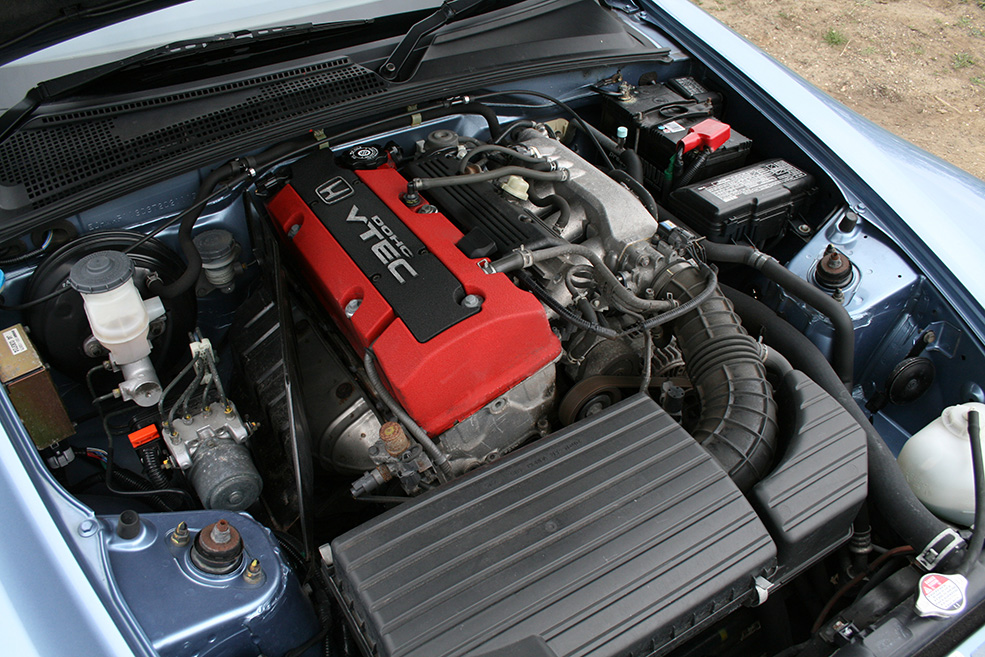 ENGINE
Considering its impressive specification, the Honda engine is surprisingly free of any issues, with most problems being niggly rather than fundamental. A faulty MAP (Manifold Absolute Pressure) sensor can cause intermittent rough running, ‘kangarooing’ at slower speeds and misfires in the VTEC rev range but is easily cleaned or replaced. Corroded wiring to the ECU can cause rough running problems which can be tricky to diagnose. Other problems can include failed oxygen sensors, intake air temperature sensors and injectors but all are easily sorted and are simple DIY fixes too. A noisy cam chain can be caused by a failing tensioner. 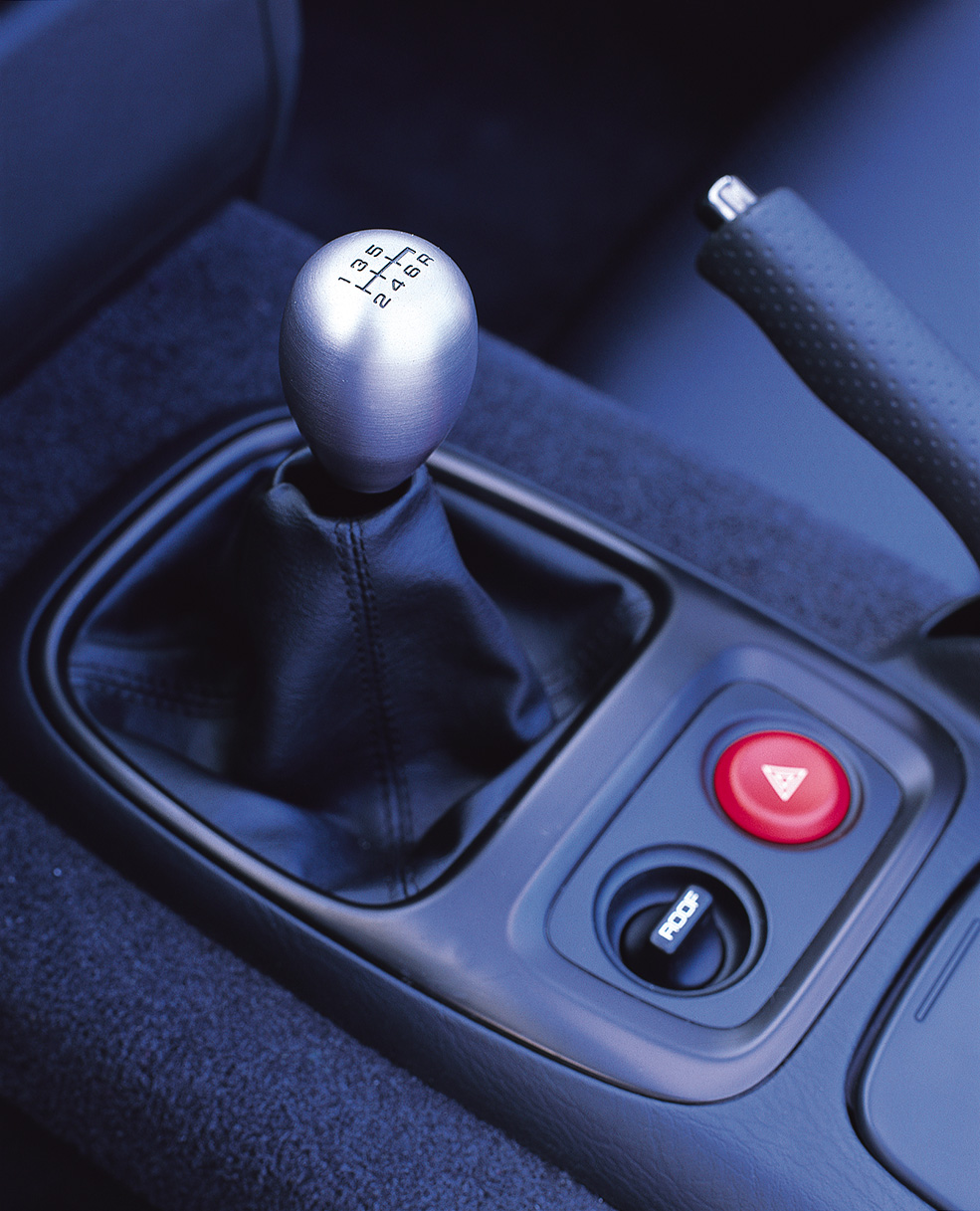 TRANSMISSION
The gearbox in the S2000 was developed specially for the car with the aim of making it light and also as narrow as possible in order for the engine and box to sit as far back as possible in the bodyshell. The design features lightweight gears working with a similarly lightweight engine flywheel and is generally a reliable unit although some hard-driven cars have shown problems with the synchro in higher gears. Some owners have reported that heavy clutch action has been cured by carefully greasing the release fork through the aperture in the bellhousing using grease on the end of a piece of wire. 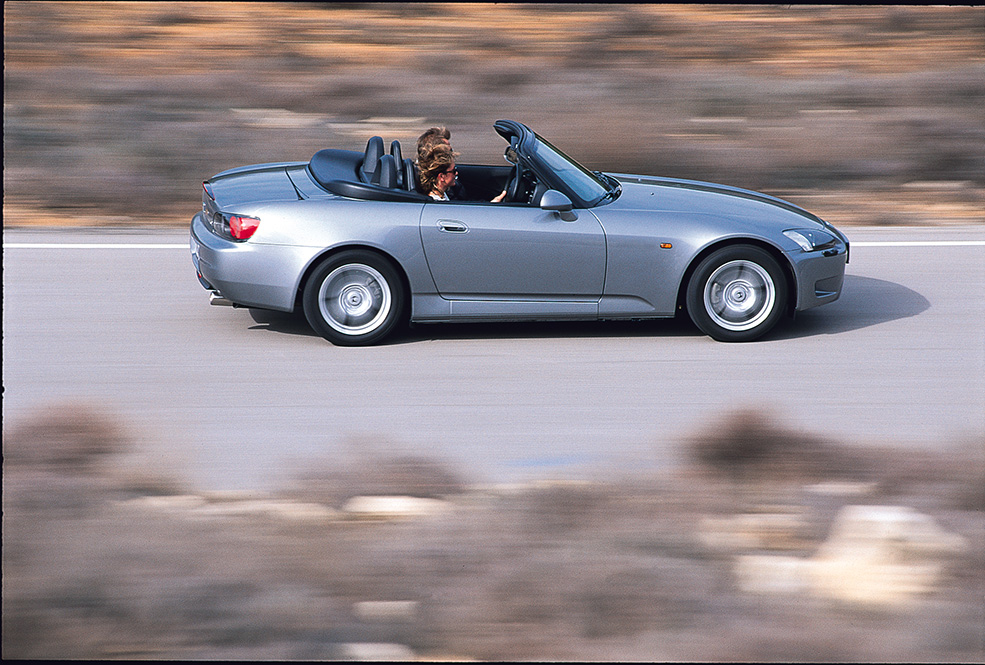 BRAKES
You’re looking at 11.8 inch vented discs on the front with 11 inch solid discs at the rear and they’re well up to the car’s performance. If a car has uprated brakes, ask yourself why: it could have seen a fair few track days. Service parts aren’t too expensive for a car of this calibre: a set of front pads is £47, although the front discs are costly at around £90 each. 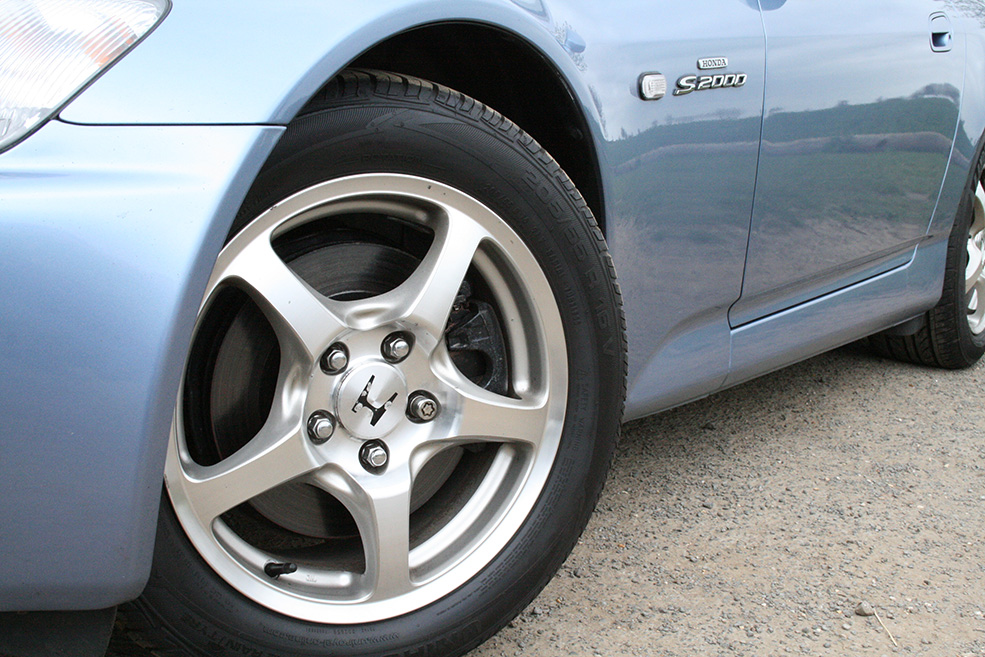 TYRES
The S2000 is very sensitive to the correct tyres and the original Bridgestone ES02JZ were specially developed for the car. These were later replaced for the 2004 model by Bridgestone RE050s which are a well regarded tyre and a good replacement for the originals which are no longer available. 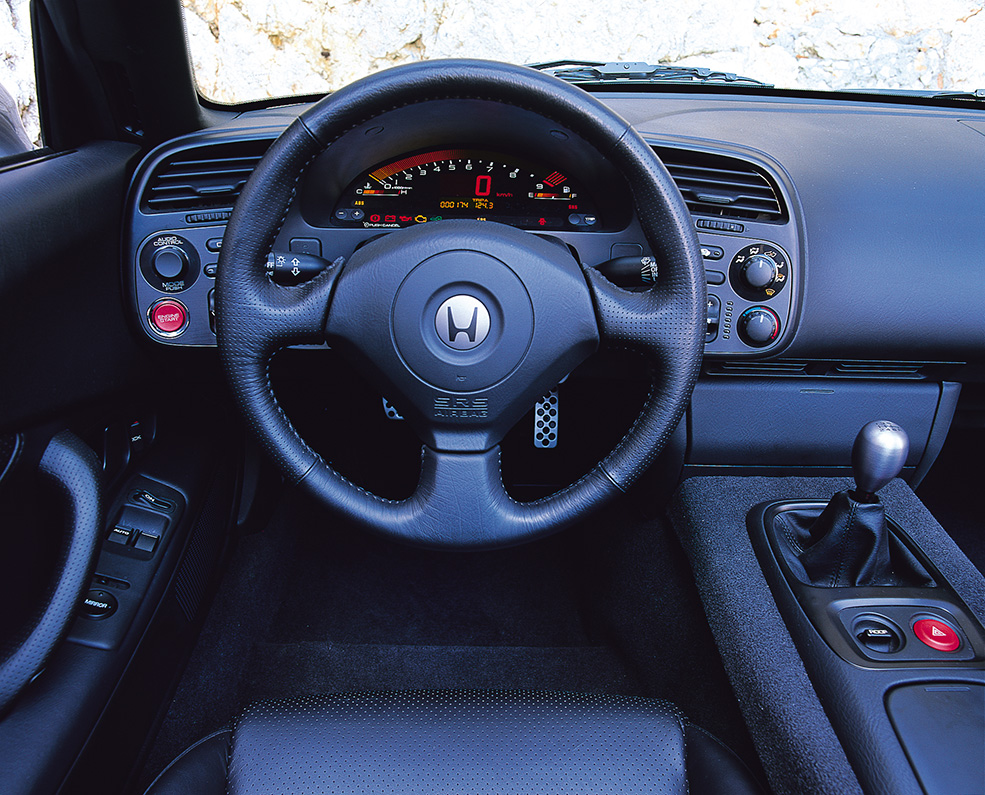 STEERING & SUSPENSION
In order to reduce the parasitic drag from an engine-driven hydraulic pump, Honda went for electric power steering on the S2000. Derived from the NSX setup, it varies the level of assistance according to road speed and also uses a variable gearing ratio to provide progressively quicker steering as the wheel is turned further. It’s a reliable system and a dashboard warning light will tell you if something’s wrong.

The suspension is one of the car’s few Achilles’ Heels though. It’s described as an ‘in-wheel’ design by Honda on account of the componentry being shaped so that most of the structure can be accommodated inside the standard 16-inch wheel, in turn allowing a lower bonnet and rear deck.

In standard form with everything working properly, the result is superbly balanced handling and a lovely taut feel, but sadly many cars are suffering from seized wishbone bolts where they pass through the centre of the metalastic bushes connecting them to the bodyshell. This isn’t a problem until a wheel alignment is needed – and these cars are sensitive to the correct alignment. At this point you’ll discover that the bolts can’t be moved and that Honda will supply only a complete arm and not the bush separately. Many keen owners and specialists will grease the bolts with anti-seize to prevent this happening.

At the front end, the castor or ‘compliance’ bushes can split which becomes an MoT failure. Again, Honda doesn’t sell the bush by itself, but aftermarket parts are available. 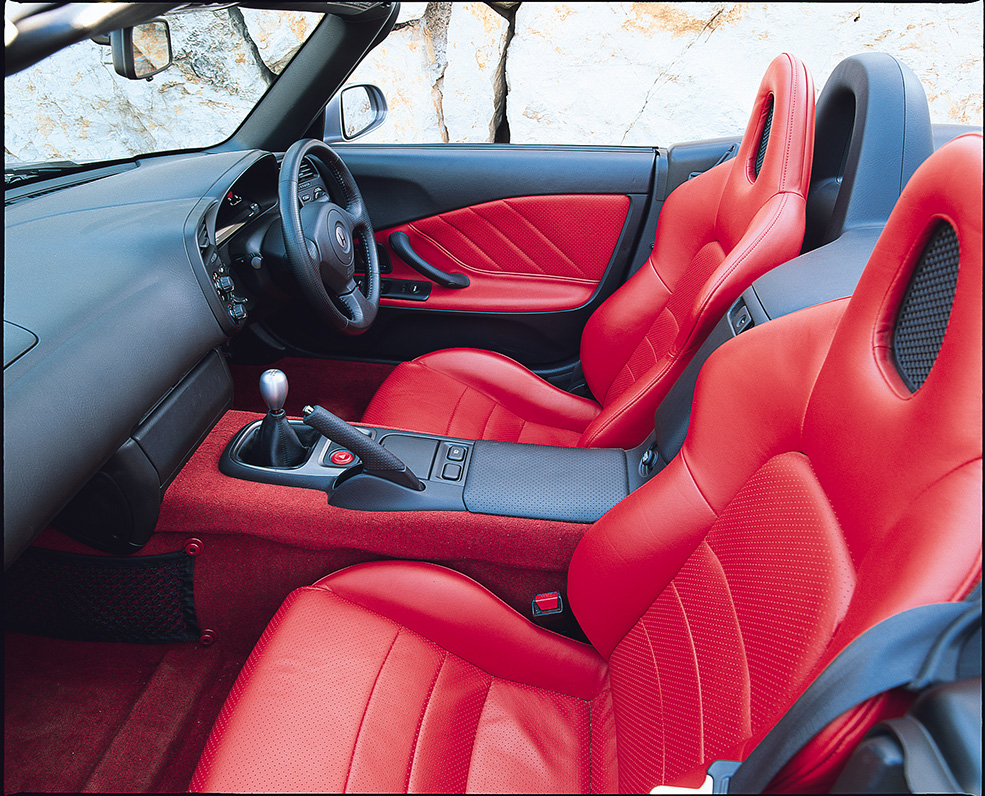 INTERIOR
Really? It’s a Honda you’re talking about so if you find any loose or rattly trim then it means someone has been in here fitting aftermarket stereos or alarms. If you do see an upgraded stereo, check that it works with the original remote controls. What seems to be a squeaking dashboard can often be the bonnet release catch or the rear view mirror mounting.

If you find a puddle of water in the passenger footwell, don’t assume the roof is leaking – it’s quite likely the condensation drain from the A/C unit which has been kicked off. It’s a simple job to slip it back into place. 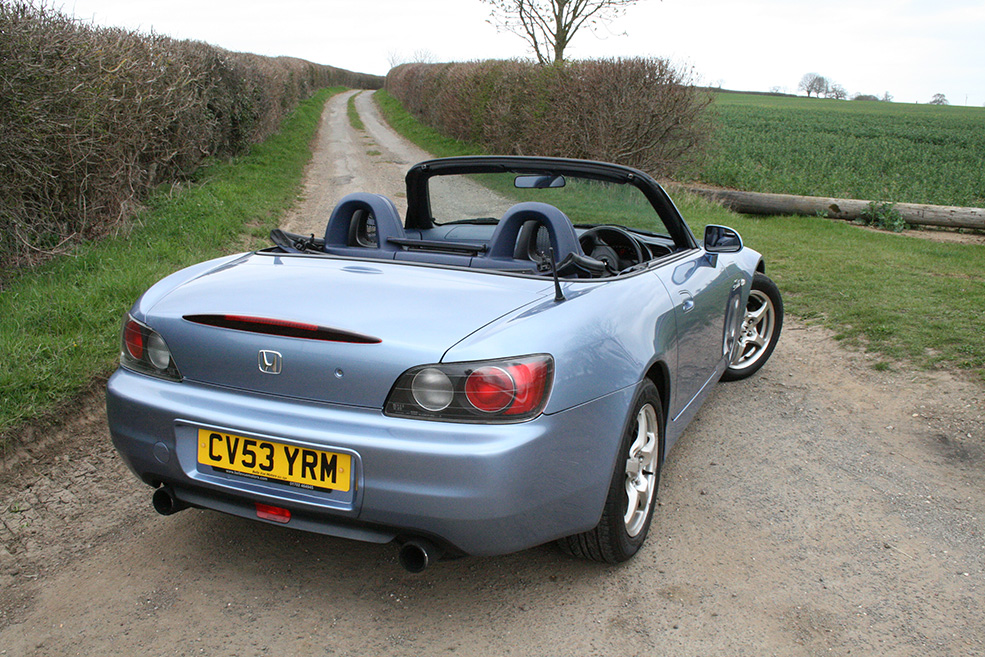 HONDA S2000 VALUES
Fancy taking a chance? At the time of writing we found an S2000 for an enticingly low £5989. Yes, it’s showing 162,000 miles… but Honda proudly boasts it’s never had a warranty failure on its VTEC system.

For those less brave, the starting price is closer to the £8500 mark, for which you should pick up a well cared-for example from an enthusiast owner. Expect to see anything from 80,000 to 120,000 miles but buy on condition rather than mileage.