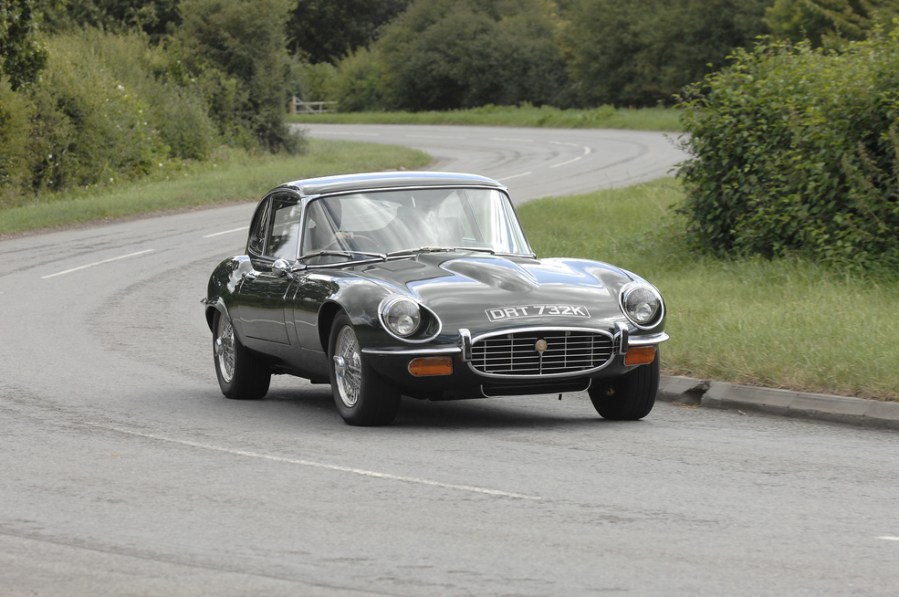 The E-Type may have been a huge success for Jaguar, but when this iconic sports car was in its first flush of youth there were several alternatives to consider. We look at a selection of the E-Type’s major competitors then and now.

You’d need a decent win on the lottery these days to be able to afford a pristine E-Type, but when Jaguar took the covers off the nation’s most instantly recognisable sports car back in 1961 on March 15, a brand new 3.8 Series 1 fresh off the Brown’s Lane production line would have cost its first owner just over what now seems a ridiculously reasonable £2250.

This figure may seem like small beer today, but put into context the average house price back in 1961 was £2400, an office worker earned around £650 per annum and £800 would have been enough to put a brand new mass-produced saloon on the road. Over the years inflation has pushed these figures ever skywards and two and half grand at the start of the 1960s would now translate to a fraction over £32,500 in today’s money, enough to land a two-year old F-Type V6 coupé.

Not only was the E-Type probably one of best looking cars ever to emerge from Jaguar’s Brown’s Lane factory, the car was competitively priced when compared to the competition and cost just over half the price of a fully loaded and hand built Aston Martin DB4. Two years after the launch of the E-Type, Mercedes-Benz turned the screws on Jaguar with the introduction of the W113 Series SL. Now referred to as the Pagoda SL, the W113 may have been a little bit more affordable than a DB4 but it still cost a fist full of cash more to put on the road than a Series One E-Type. 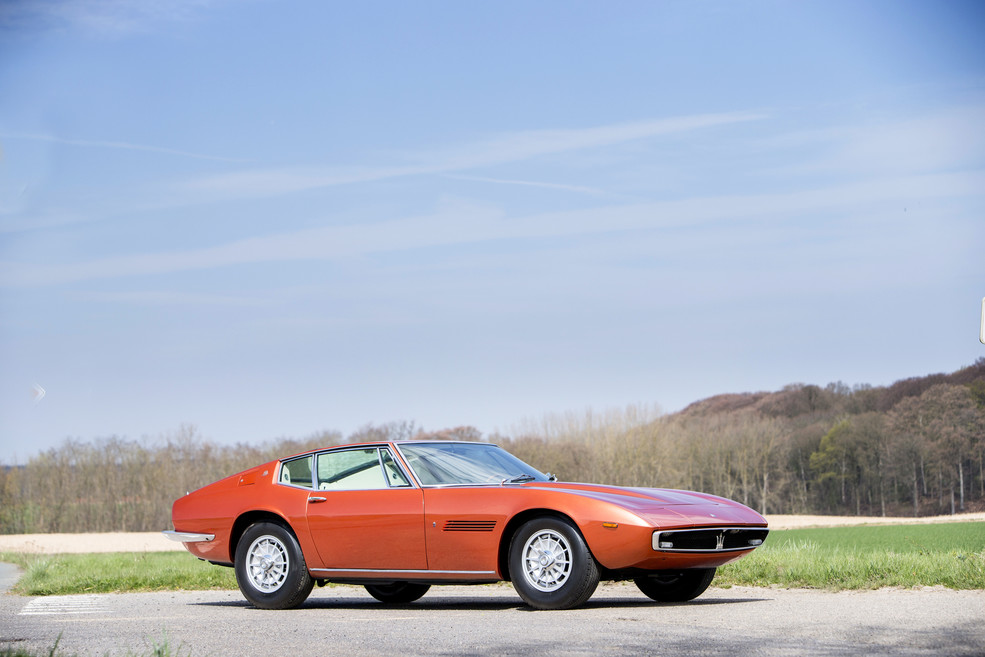 Even more competition was to come from Stuttgart in 1963 when Porsche took the covers off the now legendary 911. Like the SL, the Porsche was another expensive alternative but reports of the 911’s wayward handling due to its flat six overhanging the rear wheels tended to put off conservative buyers preferring a traditional engine up front layout. Mercedes kept the pressure on Jaguar throughout the 1960s with upgrades to the SL range and went on to challenge the launch of the V12 powered Series 3 E-Type in 1971 with the introduction of the 3.5 litre V8 equipped R107 SL350.

Offerings from Ferrari during the early 1960s, such as the 275GTB/GTS, along with the Maserati Quattroporte (1963) and Ghibli (1966), were only produced in relatively low numbers when compared to the E-Type’s impressive production run. Many owners regarded a Ferrari as a temperamental road going racing car and like many of the E-Type’s expensive contemporaries, these Italian Stallions were hovering on the edge of super car territory along with even more costly Continental motoring exotica produced by the likes of Facel Vega, Lamborghini and Iso. 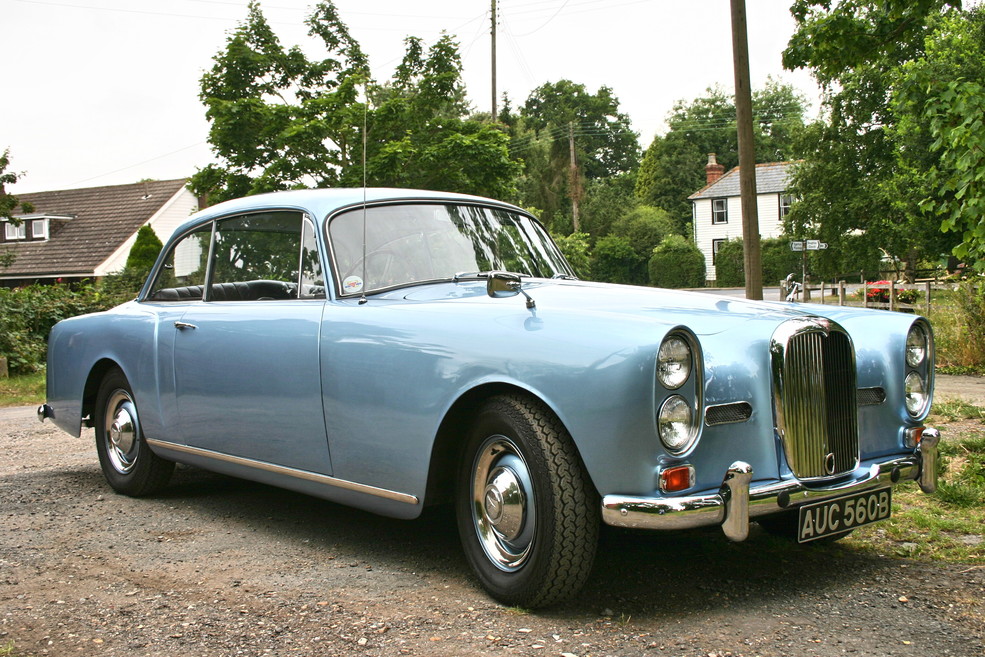 Back on home turf, in 1964 a coachbuilt Alvis TE21 was priced at a very reasonable £2775 but this long established marque lacked Jaguar’s impressive sporting pedigree. And when compared to the E-Type’s flowing lines the TE21’s upright styling and country house interior appeared dated. One home-grown marque that did manage to give the E-Type a good run for its money throughout the model’s 15 year production were two low volume coupés produced by Jensen, Jaguar’s close neighbour; the V8 powered CV8 (1963) and the 6.2 litre Interceptor (1966).

Once again, the E-Type scored top marks when it came to how much these two West Bromwich produced cars sold for and it was the same when the Jaguar was compared against the equally capable but very expensive Gordon Keeble GK1. During the 1960’s TVR offered a couple of decent E-Type alternatives in the shape of the Grantura III (1962) and the V8 powered Griffith (1964). Although these two sports coupés were keenly priced, many buyers associated the marque with kit cars and opted for either a new or second-hand E-Type.

Jaguar’s policy of building highly desirable performance cars at an affordable price certainly paid off when it came to the E-Type. Jaguar produced three series of the E-Type over the model’s 15-year production run and the numbers were impressive: Series 1 (1961-68) 33,205; Series 2 (1968-70) 18,808; Series 3 1971-75 (15,287).  Over the years, dozens of famous owners, including actors Peter Sellers and Tony Curtis, footballer George Best and pop stars Roy Orbison and George Harrison, have all looked down an E-Type’s long fluted bonnet and today, when compared to the competition, this instantly recognisable Jaguar remains one of the world’s most desirable premier division classics. 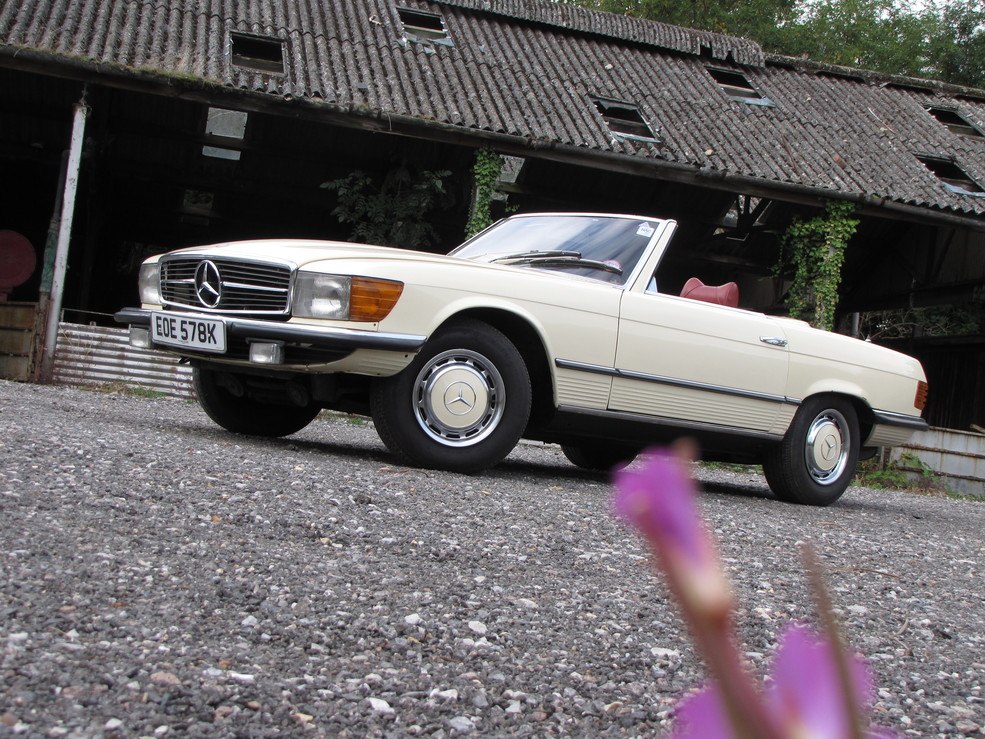 Time can be a wonderful leveller when it comes to the cost and desirability of a classic car and one of the E-Type’s current major competitors is the Mercedes Benz R107 series SL. Introduced in 1971, the same year the V12 Series 3 E-Type broke cover, European versions of what is now regarded as the Panzerwagen were powered by a 3.5 litre V8 (4.5 litres in the US) driving the rear wheels through a four-speed automatic gearbox.

The new SL carried very little over from the outgoing W113 and the R107’s bulbous bonnet ended at a pair of thick A-pillars designed to provide passengers with an impressive amount of roll over protection. In 1973, Mercedes released a European version of the 4.5 litre V8 for the new 225bhp 450SL and a year later the more economical 2.8 litre inline-six powered 280SL took the SL into a new market sector. Despite the rising cost of fuel, V8 power was still a popular option with SL fans and the 3.8 litre 380SL arrived in 1980 along with the now highly desirable and very expensive 5.0 litre 500SL. Today, a professionally restored high spec W107 500SL will cost about the same as a Series 2 E-Type, while an earlier Pagoda SL, especially one with an interesting history, will cost a lot more. 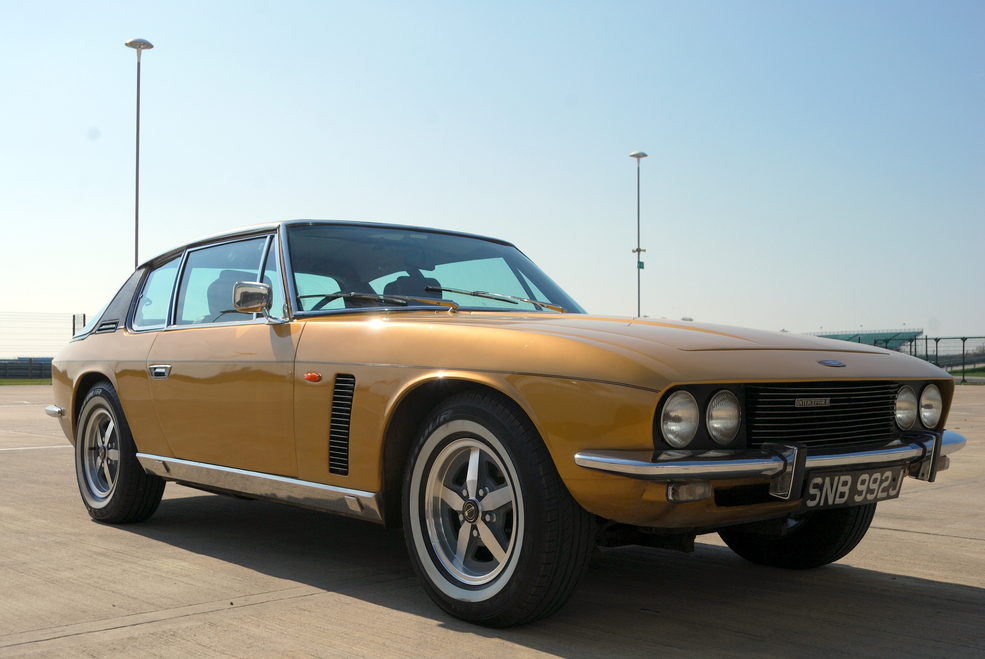 While the low production glass fibre bodied CV8 may have diverted a few sales away from the E-Type, the third generation of the Chrysler 6276cc V8 powered Jensen Interceptor provided a more credible option, especially when compared with a Series 3 V12 E-Type. This was despite the more complex and expensive West Bromwich built grand tourer only being produced in limited numbers.

Introduced in 1966, the steel bodied Vignale styled Interceptor took executive motoring to a new level of sophistication. By the time the Mk3 came on the scene in 1972, production of the technically advanced all-wheel drive Interceptor FF had unfortunately come to an end. However, despite the demise of the four-wheel drive FF, the 330bhp, 7.2 litre SP boasting a ‘Six Pack’ of triple twin-choke carburettors immediately filled the gap as Jensen’s range topping model.

From 1973, a convertible version was available and today a well-presented Interceptor will cost somewhere in the region of £60,000. Parts supply is surprisingly good and Banbury-based Jensen International Automotive are currently producing completely refurbished Interceptors, with prices starting at a cool £180,000.