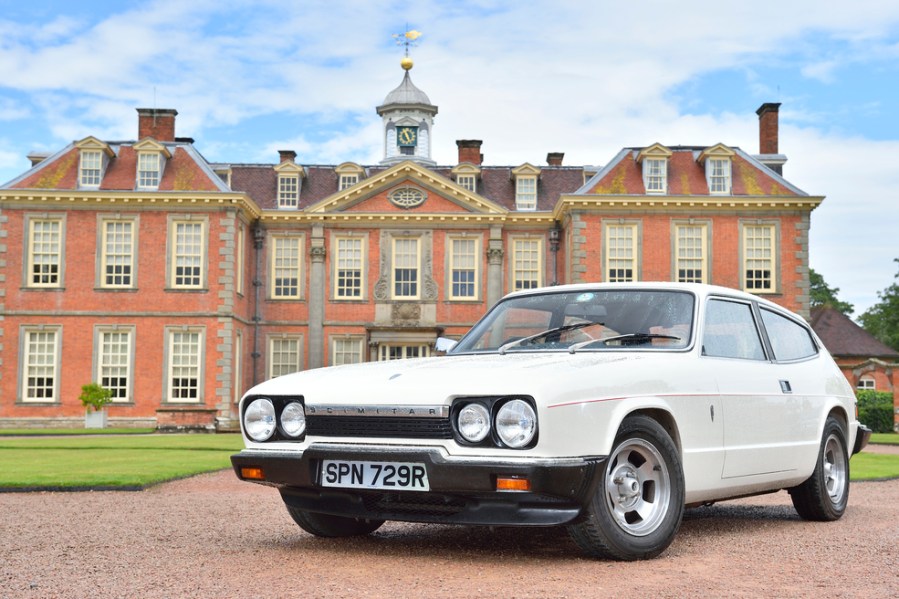 Oft-mistaken for sports cars, these working man’s GTs share their heart in the form of the Essex V6. But which is the better classic, the Ford Capri 3.0 or the Reliant Scimitar SE6?

Open any discussion on the Reliant Scimitar, and it won’t be long before someone mentions Princess Anne. So we’re doing it here in the first paragraph – and now we can move on. The Scimitar represented all that was great about the British GT industry – like the Jensen Interceptor, the Gordon Keeble, and the AC Ace 2.6, it married a borrowed engine to a body created by a respected styling house. And it sold in its thousands – people liked its blend of respectability and fun. But was it a better car than Ford’s own in-house GT car, the Capri 3.0?

Reliant’s Scimitar wasn’t its first GT. That credit went to the Reliant Sabre, a project originally created with Autocars of Israel to create an Israeli sports car. That car, the Sabra GT, proved popular enough for Reliant to consider offering it for the UK market too – in the forms of the Reliant Sabre 4 and subsequent Zephyr-engined Reliant Sabre Six. The chassis from the latter underpinned the first Scimitars – which used a body created by Ogle for a pair of Daimler SP250s for Boris Forter and his mistress.

The idea of the GTE sprouted from a car commissioned by Triplex – the Ogle Scimitar GTS made extensive use of Sundym glass, and its popularity showed Reliant that a shooting brake design would work as a production model. The SE5 of 1968 and modified SE5A of 1972 proved that the concept worked, and when Reliant tried to head upmarket in 1975 with the larger, softer SE6, it only became more popular. Here was a real alternative to a Capri Ghia that wasn’t stymied by the everyman Ford badge of its rival, a car that could match the Triumph Stag in all but its open air ability, and which offered more than enough boot space for a romantic weekend away. 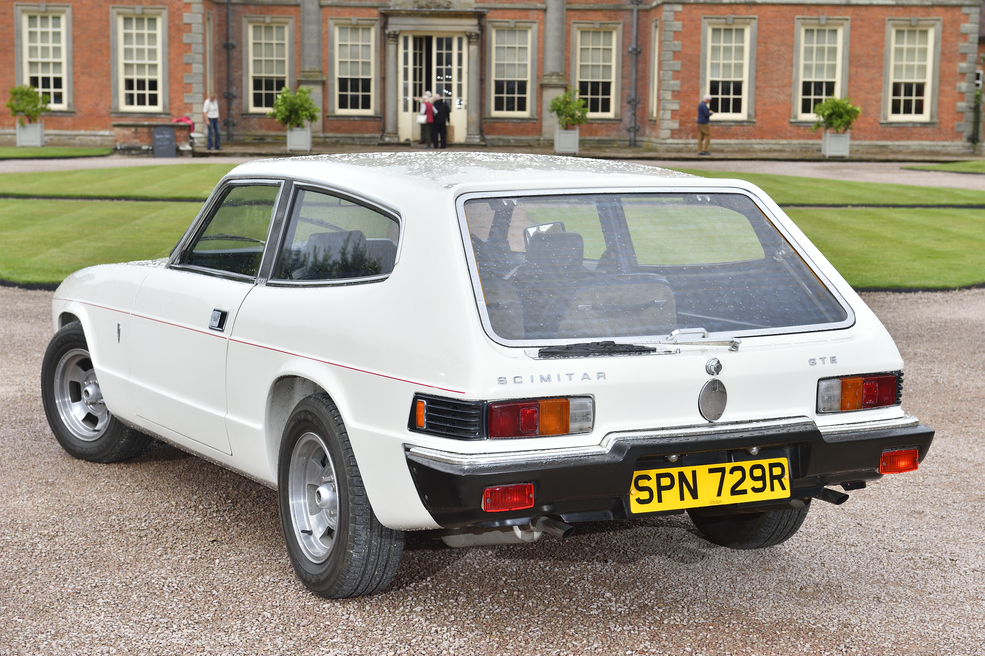 The SE6 gained the later Cologne V6 for 1982, and with it was born a new model, the GTC. This convertible aimed to capture the market abandoned by British Leyland in the wake of the Stag, and opened Scimitar ownership up to a whole new audience. These cars – and their GTE equivalent, which by now had gained a galvanised chassis – are among the most desirable Scimitars today.

We should mention the Middlebridge cars in passing, but as these were coachbuilt in the manner of a junior Aston and are significantly more valuable than the Reliant cars today, they aren’t directly relevant to this comparison.

A surprisingly small sum will see a standard Scimitar in your street – prices for usable cars start at around £2000, and even the best are unlikely to command more than £10,000 unless truly exceptional examples. Check all but the very last cars for rotten chassis, the GRP panels and shell will easily hide damage of this nature and the steel chassis is vital if you want your Scimitar to have greater structural integrity than the average meringue. Mechanically, the Ford scene ensures that the Scimitar is well catered-for, while much of the switchgear and trim is borrowed from contemporary manufacturers’ parts bins. 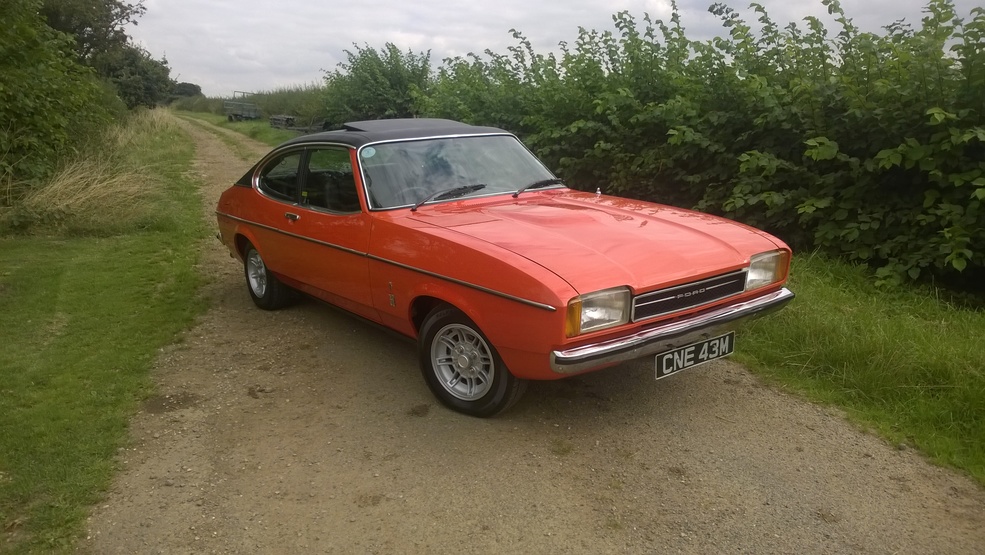 Everyone knows the Capri story by now – and if you don’t in the model’s 50th year, here’s a little bit of back story.

In 1964 Ford of America unveiled the Mustang – based on humble Falcon mechanicals, its up to the minute styling and infinite personalisation meant that you could have a car to suit you – not one built for homely old mom and dad. And in Europe, buyers saw the Mustang and wanted one of their own. Five years later, Ford unveiled the Capri, and in Mk1 guise it had everything the Mustang had for the Americans. A seemingly infinite options list, lots of colour schemes, and a thunderous 3.0 V6 for those who wanted 289 performance on a two-thirds scale.

The Mk2 of 1974 was a little more normal. A standard range of trims – though still with some minor options available – and a rather less daring, more conventional 1970s body. This was the look that would see out the Capri name in Europe; the Mk3 was little more than an extensive facelift. The Mk2 brought a hatchback, it brought bigger windows and greater comfort – and of keen interest to all those GTE customers, it brought a rear hatchback. The Capri – once the car for the dashing young blade – had grown up. Now it could almost be considered a family car. 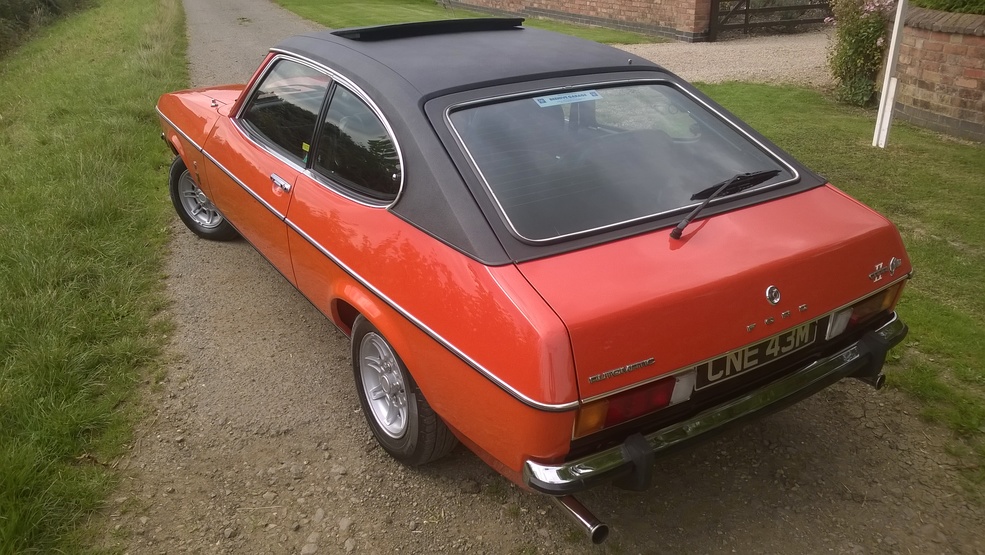 But in 3.0 Ghia or sporting S trim, it still had all the hallmarks of a great GT. Comfort, performance and style were on a par with the Scimitar, and while the Reliant had royal patronage the Ford could be seen squealing through boxes in London’s Docklands every week in The Professionals. Ford’s everyman hero was cool – and by the time the Mk3 faded away in 1987, a nation was left in mourning. It says a lot that Capri is one of the widest-rumoured classic names to return.

Because the UK has an especially strong Ford enthusiast scene, Capri values are relatively strong – though the Mk2 is perhaps the least loved and the 3.0 Ghia automatic, the closest rival to the Scimitar, is perhaps the least desirable V6. Look hard and you might get into something usable for £8000, though we’d spend a little more to get something nice. A period colour scheme and a largely rot free car could be yours for around £12,000 with a little effort, though really nice Mk3s are starting to nudge £20,000. 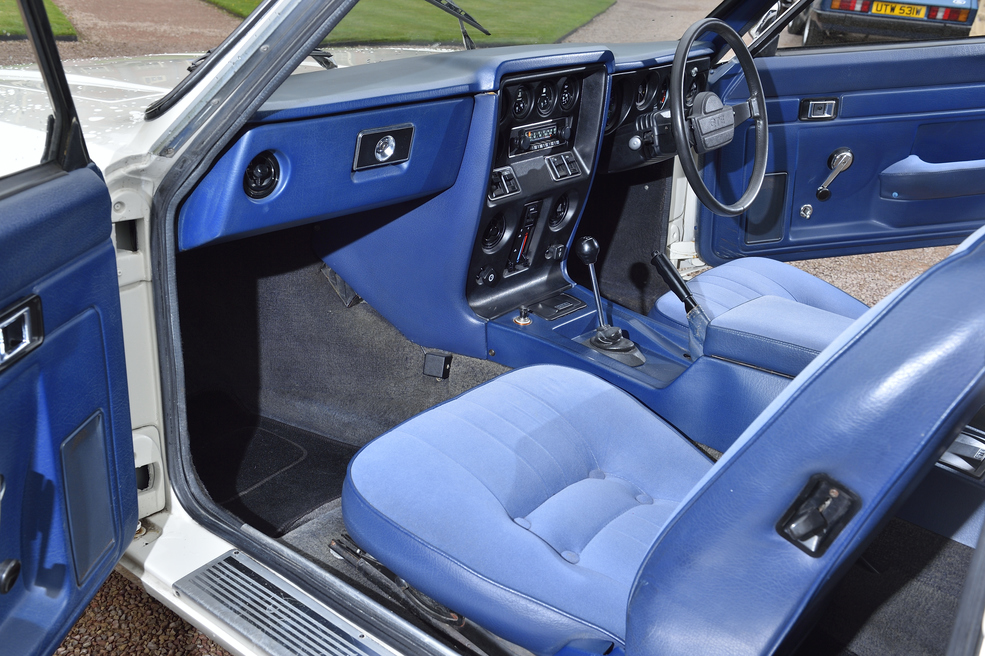 The Capri certainly has the cool factor – it’s unashamedly ’70s, even without the Bodie and Doyle antics. And let’s be honest, who of a certain age didn’t grow up dreaming of a bubble perm or an SAS past? The Capri’s not a bad car to drive either, once you acknowledge that it’s not the sports car so many assume, and with such a strong following it’s one of the easiest classics to own.

But the Scimitar’s a little different. It’s almost like a cut-price Interceptor; classy even in yobbish period hues, hand made, and almost unique. It’s not the perfect carry-all, but it’s got enough. It’s a serious bargain compared to the Capri. And with equally solid spares availability, you certainly shouldn’t have any issues looking after one. The Capri might be the better investment, but in terms of smiles per gallon I’d choose the Scimitar.