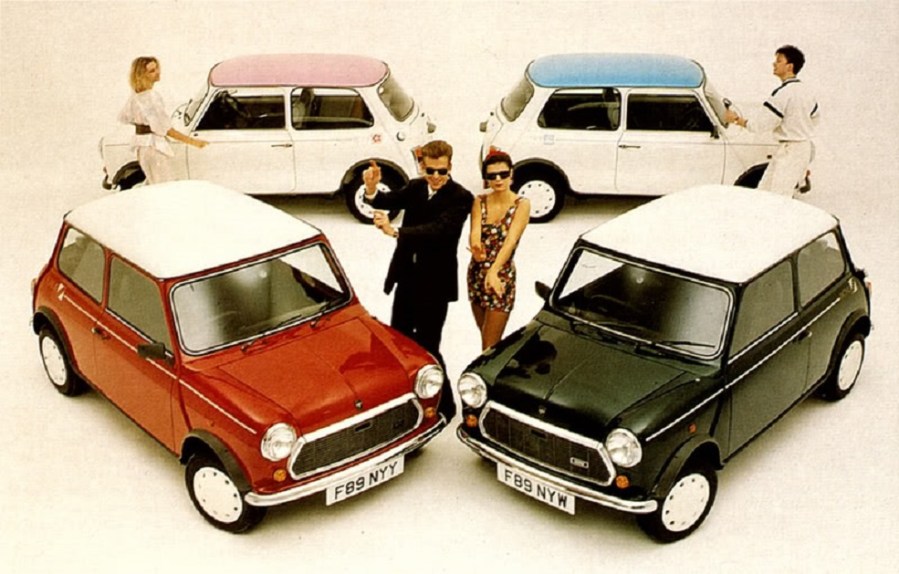 Not all sporty-looking cars are what they seem, some are all show no go. We look back at some memorable examples of vehicles that ultimately lacked the bark to match their perceived bite.

When it comes to new cars, deception has never been easier. If you can’t stretch to the high-performance range-topper for whatever reason, that doesn’t mean you can’t fool the neighbours into thinking you can. Almost all of the major manufactures now offer a lesser powered version that looks just the same, so you can save money and face just so long as you don’t get caught up in a traffic light grand prix.

These days, it’s the word ‘line’ that best signifies the burgeoning bandwagon. Ford’s ST label has spawned ST-Line, VW’s R has its R-Line tribute, Mercedes-Benz has AMG-Line, Audi has S-Line – even Hyundai has launched N-Line as the poorer relation to its sporty N models. Elsewhere, BMW has offered the look of its M models without the M engine for years, but these days any model is fair game for the ‘M-Sport’ treatment.

But while the trend for bark without the bite has increased, it’s far from a new thing. Delving back through the decades reveals some prime examples, some of which you’ll remember, some you might not. Here are seven of our favourites from a time when a sheep-in-wolf’s-clothing was the exception rather than the norm. 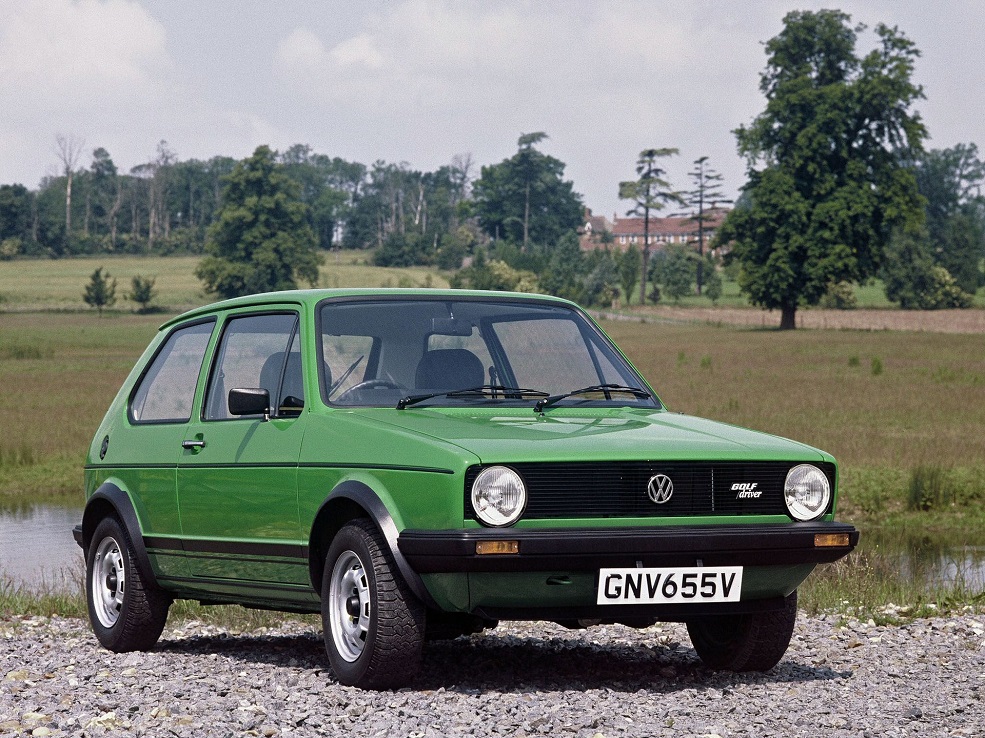 Commonly regarded as the benchmark for hot hatches, the Mk1 Volkswagen Golf GTI became an instant success when a factory right-hand-drive version became available in 1979. And having hit paydirt, VW didn’t take long to pioneer a lesser-powered lookalike – the Golf Driver. Launched for the 1980 model year, it had a sporty interior trim similar to the GTI and shared its arch extensions and waistline stripes, but had a 1272cc carb-fed motor with a four-speed gearbox instead of the fuel injected 1.6. The Driver was available only in Mars Red, Mandarin Orange or Santos Green, and like the GTI, was three-door only. A second production run took place in 1983 to largely the same formula, but this time you got the twin headlamp grille and a wider range of colours.

The Driver would make a reappearance in Mk2 guise too, this time offered with a carb-fed 1.6 or 1.8-litre motor, which in the latter case actually made it quite quick. But that wasn’t its swansong, for the Golf Mk3 was also offered with Driver badges. It wasn’t quite the dead ringer for the GTI that the Mk1 had been, but with a 90bhp 1.8-litre, 14-inch alloys and decent equipment levels, it still echoed its faster counterpart without going the whole hog. 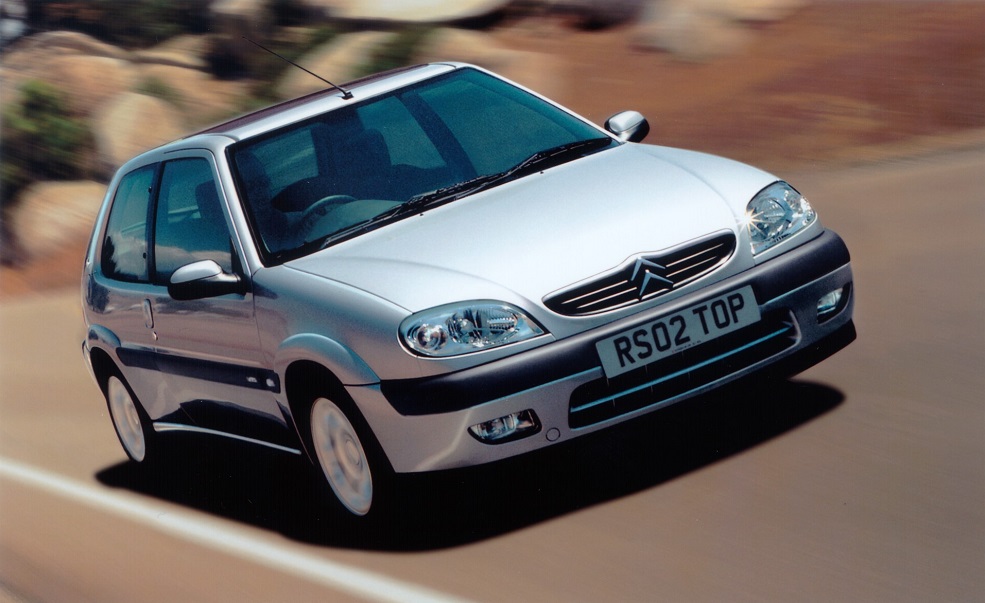 Launched in late 1997, Citroën hit upon a winning formula with the ‘warm’ VTR and ‘hot’ VTS versions of its Saxo hatch. They were fitted with eight or 16-valve versions of PSA’s 1.6-litre TU5 engine respectively, but finance packages and free insurance offers – especially for the VTR – meant they quickly became the chariot of choice for teenagers. But if the 90bhp (later 98bhp) VTR was a little too much for you, Citroën also offered the watered-down Westcoast model until 1999, and its Furio replacement until 2003. Both featured the attractive bodykit found on the VTR and VTS, but made do with a 75 bhp 1.4-litre engine.

Citroën was not alone in doing this. Fellow PSA brand Peugeot did much the same with its Saxo VTS equivalent, the 106 GTI. In 2000, it launched the Quiksilver, which took a popular brand beloved by people who like to get wet or covered in snow as a leisure pursuit, and stuck it on a car. It looked just the same as the GTI, but was once again fitted with a 1.4-litre motor. 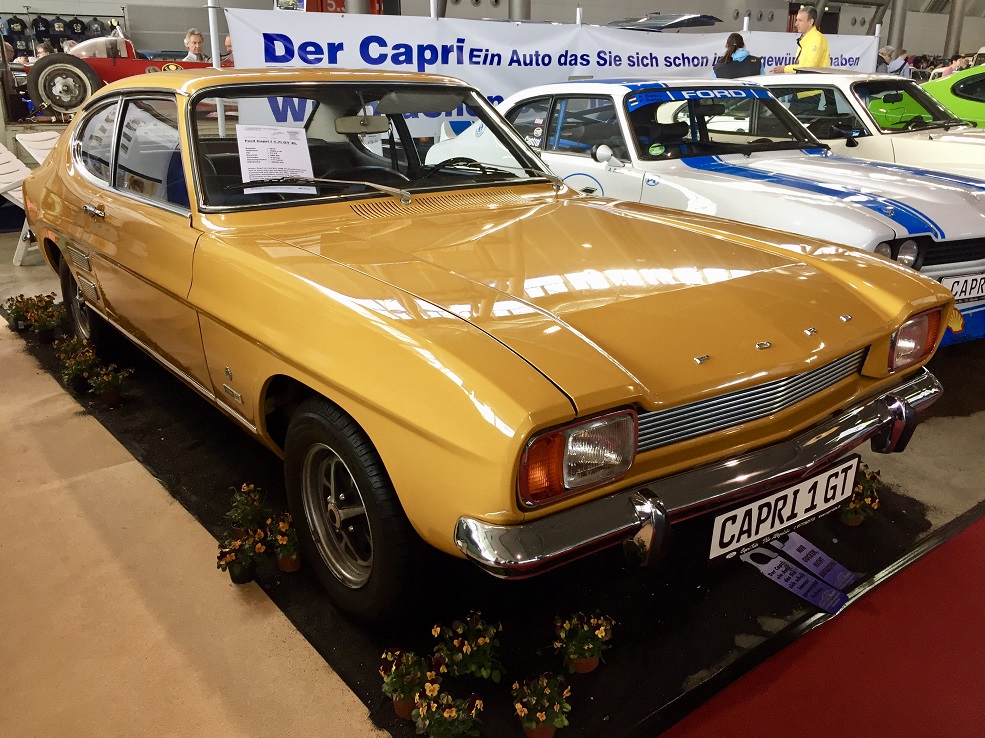 The UK’s answer to the muscle-bound Mustang, the Capri made a huge impact on the sports car industry in Europe. With is fastback styling, famous D-shaped windows and long bonnet, it always looked like a quick car, and with an Essex or Cologne V6 under the bonnet, it was. However, with Ford keen for the Capri to have as broad an appeal as possible, it also offered the Capri with a 1.3-litre Kent crossflow engine. If you went for the slightly more powerful 1300 GT spec, you could spec it up as a GTL, GTX , GTXL, GTR or GTXLR,  meaning you could have all the bells and whistles fitted to the quicker models despite only having a mere 75bhp. In fact, it was only really the lack of bonnet bulge that told it apart from a 3.0-litre model. 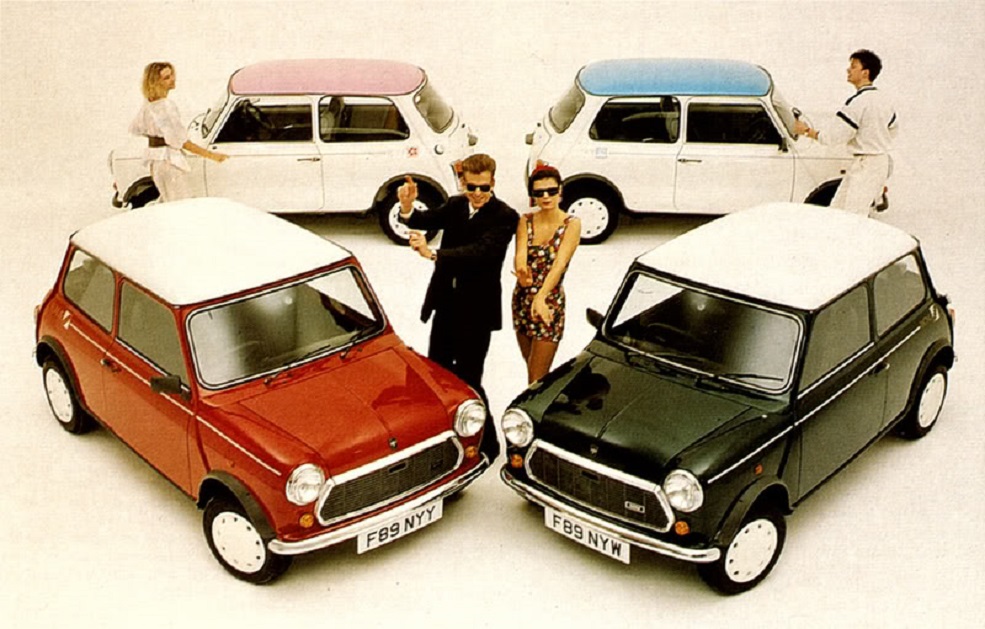 After a spell in the doldrums, the Mini’s fortunes were on a high on the late 1980s. The car had firmly caught the imagination of the lucrative Japanese market, and excitement was building as the its 30th birthday approached. There was no Cooper yet, but the contrasting white roof of the famous 1960s Works rally and race cars was back with two new editions that can be best described as Cooperesque – the Mini Flame in red, and the Mini Racing in green. Launched with the Rose and Sky models in January 1989, they were based on the 998cc City but came with sporty black trim and a rev counter. The initial batch saw 2000 cars produced, but there were 2500 more in 1990, when they got Minilite-style wheels and a shorter 3.44:1 final drive. There was a black one this time around too, called the Check Mate. They could all be specified with a John Cooper Conversion Kit to boost the power of the 998cc unit up by 19bhp to 59bhp, but it wasn’t until September 1990 and the launch of the Cooper RSP that the more powerful 1275cc unit would return to the Mini range. 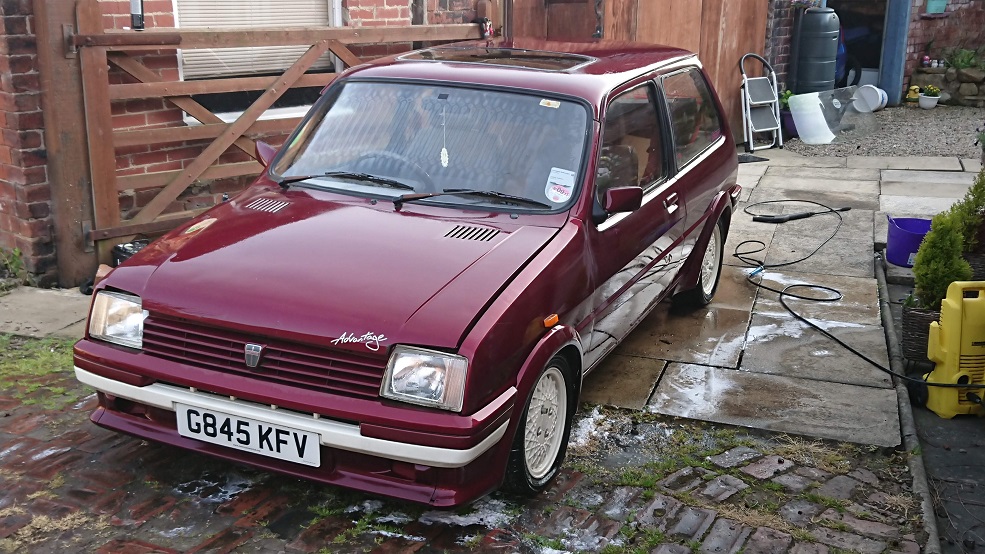 Marketed for those who wanted “the look without the price” but no doubt in a bid to boost sales ahead of imminent new model launches, Rover launched its Advantage range of special editions in 1989. Though the Advantage name has been used on the Mini in 1987, there was no Mini this time and no reference to the tennis theme either. Instead, the Metro, Maestro and Montego were used as base cars. They all used the lattice wheels from the sporty MG versions, this time painted in white, with the Metro and Montego fitted with the Turbo body styling and the Maestro getting the dress-up bits from the MG 2.0i. Otherwise though, they retained a relatively low specification. The Metro got the non-MG 1275cc unit, while the Maestro had the carburetted 1.6 S-Series and the Montego a carb-fed 2.0 O-Series. Available in Cherry Red, British Racing Green or Black – all with white detailing – they are now a rare sight in any guise. 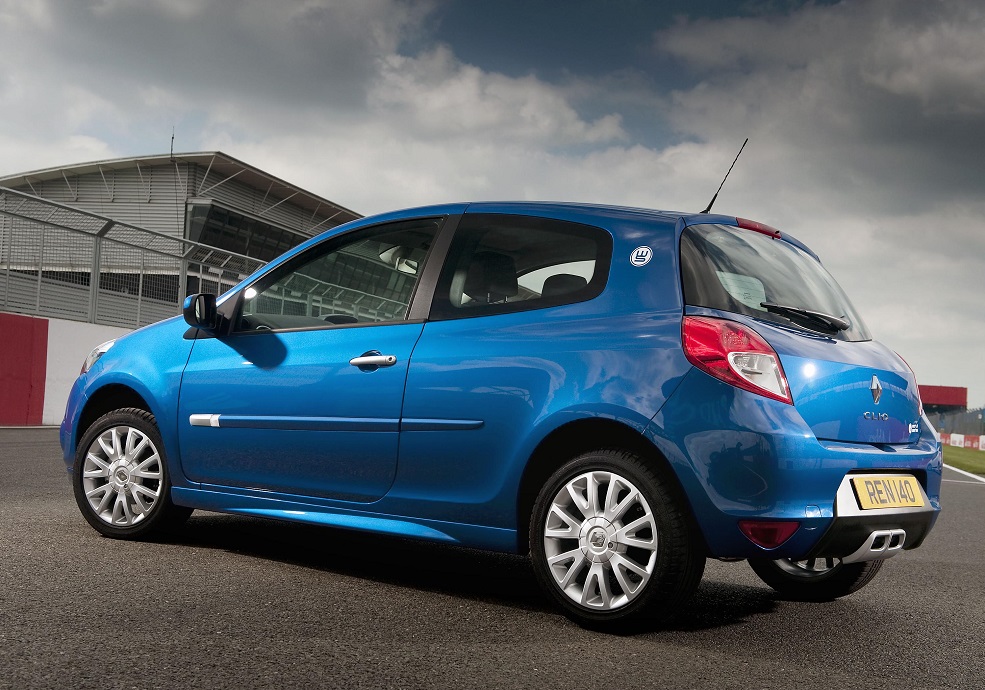 OK, this one from 2009 is a fair way from achieving classic status any time soon, but it perfectly illustrates the theme. The Renault Clio and Megane World Series editions were launched in celebration of Renault’s international motor racing series, but competition cars they were not. Rather than the genuinely quick 2.0 Renaultsport model, the Clio was based on the Dynamique and came with either a 75bhp 1.2-litre petrol, the 100bhp TCe unit or an 86bhp dCI diesel. Likewise, the Megane was also based on the Dynamique and came with either a 110bhp petrol or a 106bhp diesel. We can forgive the fairly modest power output, but we can’t forgive the fake exhaust outlets in the rear bumper – a mock twin exit for the Clio, or a wide single-exit for the Megane. Renault are hardly the only offenders, but even so, such treatment is the very definition of being all show… 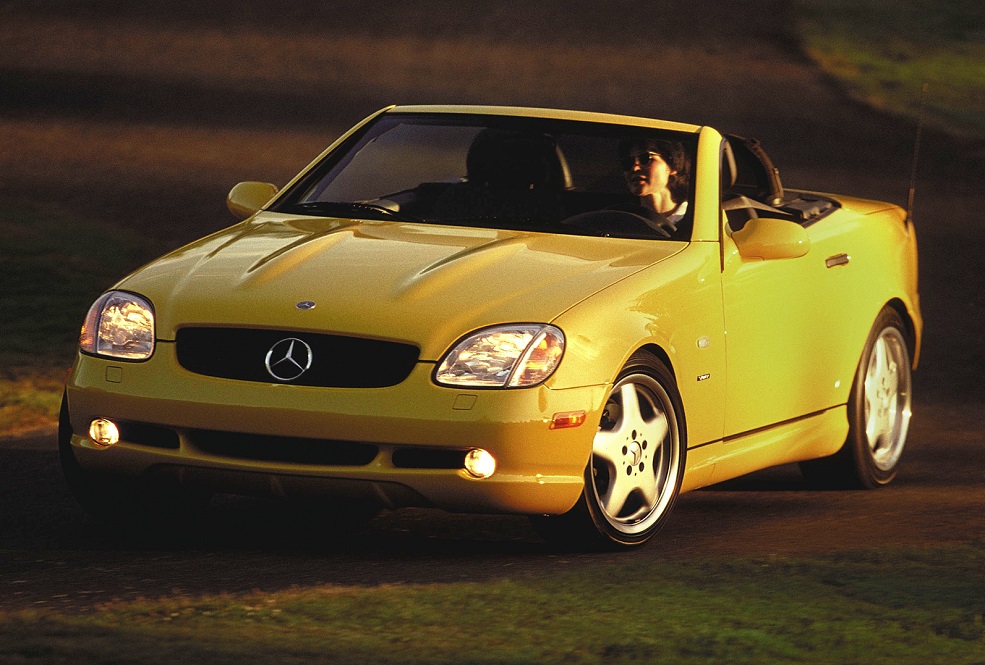 Launched in 1997, the Mercedes-Benz SLK R170 range didn’t get a what would be termed as ‘proper’ AMG variant until the supercharged SLK AMG 32 was introduced in 2001. Before that however, an AMG Sport Package could be ordered. You got redesigned front and rear skirts, with rakish body-coloured side skirts too. Special AMG 17-inch wheels were also included, as was an exhaust, though in reality this was only the rear box with the larger exit pipes and AMG-embossed chrome trims. The package added over £3000 to the SLK’s price, but didn’t do anything to boost performance, which though hardly embarrassing, was some way behind what the AMG 32 could offer. As such, the AMG package can be likened to the aesthetic-only AMG Line trim level on current day Mercedes.