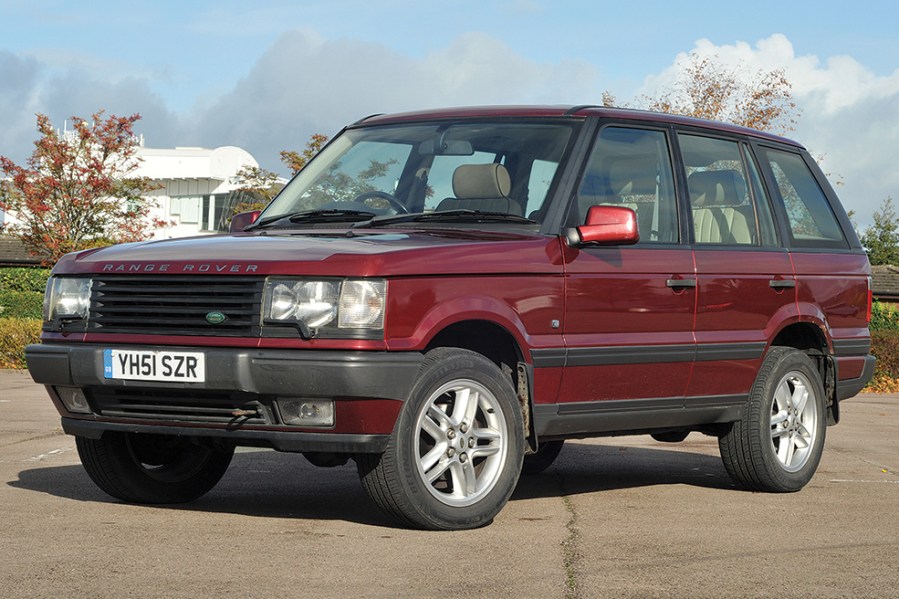 With lots to go wrong, a Range Rover P38A project can be daunting – but isn’t the horror show you might imagine. Here’s how we got on with ours

The P38A is in a good place right now: a quarter century after its release in 1994, it’s becoming a classic. It’s been a tough road to follow in the path of its original predecessor, later literally called the Classic, but with enough subsequent generations there’s now space for the P38 to gain some mainstream appreciation.

While some traditionalists might have been skeptical at the time, there were enough of them to buy the new Range Rover plus a huge new group of customers making up the burgeoning luxury 4×4 market that, in the mid-1990s had little choice beyond leather and wood trim added to otherwise rather agricultural machinery.

The Range Rover P38A was the perfect vehicle to appeal to both markets. Still based on the original Range Rover platform first developed in the 1970s and bequeathed to the Discovery in 1989, the famous Land Rover axle articulation and attention to approach, crossover and departure angles was joined by traction control to make the P38 arguably the most capable Land Rover yet.

Interestingly, though, it never proved itself in the Camel Trophy like the original and various other Land Rovers. Instead, the focus was now on the refinement which was elevated to much higher levels. Suspended on electronically-controlled air springs, the ride was improved and high-speed stability incomparable with the older model. The interior was a showpiece of integrating car-like ambience into a class accustomed to upright and function showing through form designs.

Suddenly, here was a two-tonne four-wheel-drive capable of traversing almost any geography that could also ferry occupants at high speeds in supreme comfort and quiet. It’s a shame it only had the market to itself for about five minutes.

While the range expanded through the years in terms of equipment and trim levels, to include models like the Vogue, Anniversary and a whole bunch of other special editions, the fundamentals remained largely the same. This meant two petrol engines, the trusty Rover V8 in 3.9-litre (badged 4.0) and 4.6-litre sizes, and a single diesel option by way of a BMW 2.5-litre turbocharged and intercooled straight-six.

All could comfortably exceed 100mph and the 4.6-litre could easily keep 16-valve executive saloons in check, although the diesel needed a bit of patience (0-60mph run took over 15 seconds, and a Fiat Punto could embarrass it on the motorway). While the P38 comprehensively outperformed the Mercedes-Benz G-Wagen on the road, the upcoming ML-Class would run rings around it on the road and subsequent competitors would continue this trend until the L322 generation Range Rover came along in 2002.

But today the L322 is the tired one, the cheap Range Rover that appeals to the type of owner who is more interested in dog walks, tip-runs, tinted windows and chintzy addenda than regular maintenance, restoration and appreciating the finer details. Or at least that’s the shifting perception. Now that the P38 is becoming the classic, we decided there’d be no better time than to buy one as a project car to test over the course of 2020.

Values are widening, with some exceptional examples going for five figures lately but there’s still a good stock of useable cars in lesser condition to start the market off as low as £1000. The top-spec 4.6-litre models are naturally the most desirable, with Vogues commanding a decent premium and anything higher up like the specially trimmed Holland and Holland models adding even more than £1000 to prices.

The petrol V8s suit the character of the Range Rover better than the diesels, offering unstrained performance on the road and superb tractability off road. If you can’t stomach the prospect of 20mpg or less then consider the diesel, but also think very carefully about all the other running costs apart from fuel.

The general feeling in the growing community of P38 owners is that these can be highly reliable and useable vehicles provided maintenance is kept on top of. You don’t need to be an expert but some knowledge and a proactive attitude will pay dividends when it comes to long-term ownership, and for most the rewards outweigh the costs. So how did it pan out for us?

We went out with a relatively low budget of £1500 to find our P38A project. The V8 engine was top of our list of requirements, and we were hoping for a nice spec and of course something without the warning signs of excessive neglect.

The one we parted with our full budget for was a 2001 4.0 HSE, with a full history from stamped book to box folder full of receipts, including plenty from Rimmer Bros. It had that feeling of a good one, but you always wonder with a car like this so the drive home was with some anxiety.

Fortunately it was less than 20 miles away, but in that time we had sussed out that the engine was running a bit lumpy and that its directional stability or rather consistency was also a bit lacking. But the good news was that the air suspension worked, so did the air conditioning, and the Harman Kardon audio system was almost good enough for the £1500 on its own.

Like many Range Rovers, ours had been used for the dogs out in the country and so it was muddy, mossy, mouldy, and generally grimy inside and out. It felt like a necessary reset to give the car a thorough wash, a task which required four buckets of water and a whole load of cleaning products. Your reward for half a day’s work is deep, glossy paintwork and rich interior materials that really are up there with any other luxury car of the period. It feels worth it.

Tackling the lumpy running saw us replace the ignition leads and spark plugs, with the former certainly making an improvement. Anyone used to running a four-cylinder car might raise an eyebrow at a bill suddenly double the usual cost, but such is the price of running a V8. So is paying £200 for a Bosch mass air flow sensor on the approach to 90,000 miles. Ours had done nearly 85,000 so this felt like a wise purchase. We also spotted a couple of cracked vacuum pipes and with their replacement we enjoyed the return of the full 190bhp of our V8. We also saw our fuel economy improve from less than 15mpg to occasionally above 20mpg.

The feeling of the front end wandering over the road and requiring lots of steering inputs was dramatically improved simply by bringing the tyre pressures up to the recommended 28psi front and 38psi rear. We also felt an improvement with the fitment of new anti-roll bar drop links after an inspection by specialists Avenger 4×4 in Peterborough revealed that these were the only things that would hold up an MoT.

They also noticed that the front suspension had been rebushed using polyurethane bushes at some point, but that the rear was still by the standard rubber bushes. This is something that most enthusiasts warn against as both front and rear are best working together consistently. What really is a no-no is poly-bushing the front Panhard rod, which can itself cause the infamous death wobble at speed. As it was, ours was spared that and drove pretty well, even if we’d have had it on rubber bushes all round given the choice.

We also had a couple of cosmetic issues to deal with on our P38A project but they were surprisingly easy. The headliner was sagging at the rear, but a phone call to specialists Nationwide Trim in Redditch got a new one made so that it was ready to be fitted when we arrived. In the time for a cup of tea and £350 later and it was done.

The other imperfection was the faded front grille, a common problem nowadays. Some chat on the forums led us to buying a Forever Black trim treatment kit which was a pretty easy two-step process of cleaning and then painting back to black. It seems to have held up well, certainly not bad for £15.

All in all we spent about £1000 on the P38A project in the time we’ve had it. Nothing new has gone wrong with it since day one, so we’ve been able to tick things off and enjoy a sense of progress without sinking into the reliability quicksand some of us feared. We never did get the bottom of our errant Body Control Module behaviour, so the central locking continued to flick locked and unlocked when we sold it just as it did when we bought it.

I like to think our P38A project was improved slightly with the fitment of a new-used driver’s side door latch but that could just be Range Rover psychology kicking in.

As a project vehicle it’s certainly given us enough to write about, while managing to give us a positive conclusion on the burning question we all had at the beginning: would a cheap Range Rover P38A project be a disaster?

Well, not really as it turns out. What it has been is thoroughly charming and useful. It’s been the camera tracking car for a few Classics World photo shoots, its split tailgate and smooth ride proving to be the perfect platform for photographers after just the right kind of blur. And while I know it’s a big thing to gloss over, other than the fuel cost, it’s such an enjoyable way to travel over long distances. Surprisingly quiet, great seats and all the toys, plus it has a soothing long-wheelbase feel to its motorway ride that takes the strain out of miles in the hundreds.

Oh and we did take it greenlaning a bit too, where it felt just like a Land Rover only more posh. The axles worked their way over bumps and ruts, the traction control occasionally grabbed wheels for grip, and the V8 plugged its way along with that intoxicating beat of imperviousness.

Its next owner needs it to tow because his later Range Rover Sport has become unwell. Well, that’s one way to get back to 15mpg, but even so I reckon he could end up smitten enough with it that he forgets all about the Sport.