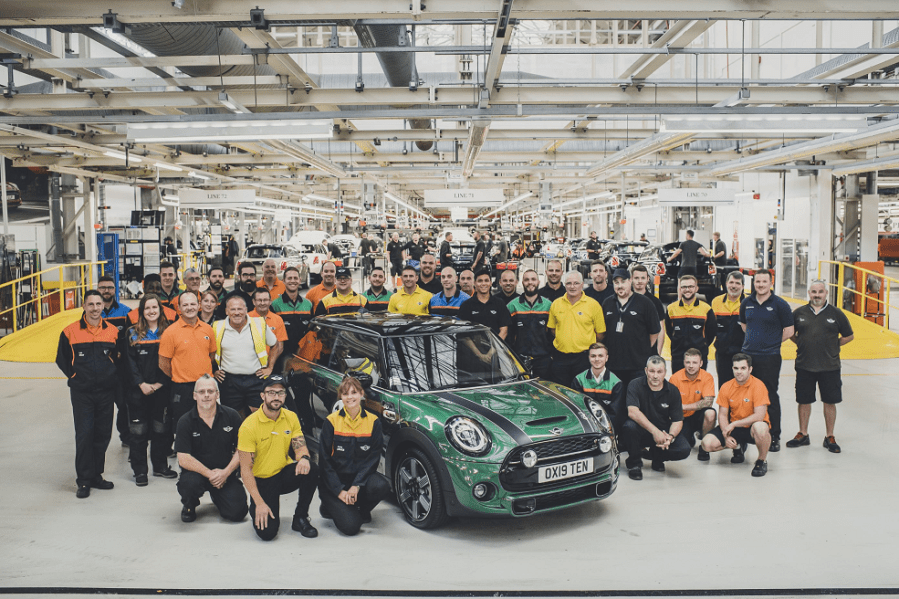 As well as celebrating 60 years since the original Mini rolled off the assembly line, there is another production landmark for Mini enthusiasts to get excited over: on July 24, 2019, the 10 millionth MINI was built.

It also shines the light on the operations at the MINI Oxford plant, which since 2001 has had its production grow from 300 cars a day to 1000 today. This means that the 4500 strong workforce produces a new MINI in an average of every 67 seconds.

Nearly 400,000 MINIs were sold globally last year, far exceeding any annual sales figure achieved by the original car, and while the car that was sold between 1959 and 2000 totalled around 5.3 million by the end, the new generation of cars is now taking the torch into the majority under the brand. However, it likely won’t ever be quite as prolific as the original Mini being as concentrated as 1 in every 10 British cars registered at the end of the 1960s.

As it is today, the new MINI continues the iconic brand with a global presence and is developing UK facilities, including the Hams Hall engine plant, Swindon body pressing and subframe facility, and of course Oxford assembly plant. The 10 millionth MINI, a 60-year anniversary model, is a testament to the ongoing MINI heritage. The next landmark, beginning production in November 2019, is the electric MINI.