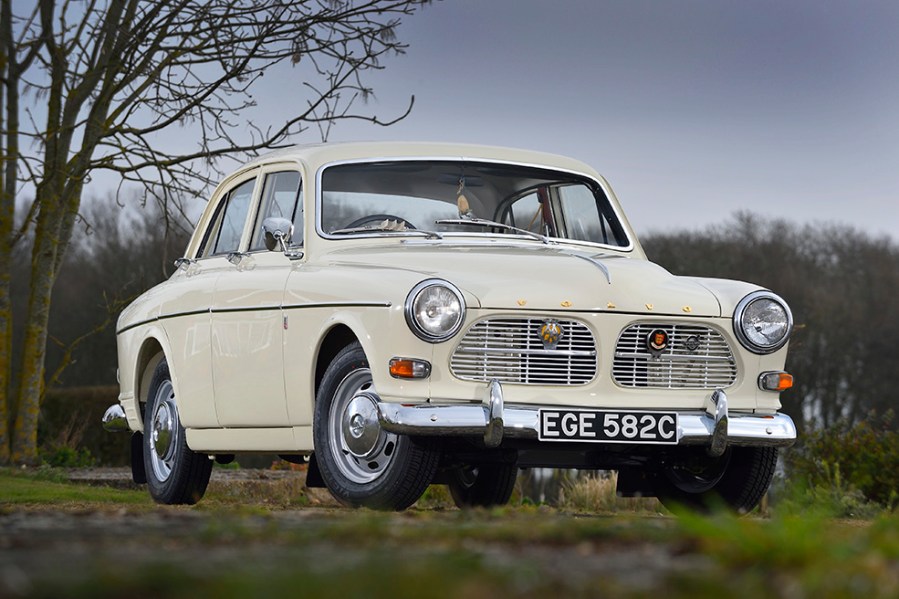 The rugged Volvo Amazon is a practical choice – but it still needs the right care and maintenance to survive. Here’s how to buy a great one

With its mixture of 1960s style, solid build and rugged mechanical bits, the Volvo Amazon – or 120-series to give its proper name – makes a very practical classic which is eminently capable of being pressed into daily service. That doesn’t mean it won’t need suitable care and attention: the design first saw the light of day in the 1950s and rugged though it may be, it’s still a 1950s car underneath.

Launched in 1956 as the Volvo 120, the ‘Amazon’ tag was used only in Sweden after motorbike maker Kriedler objected to Volvo’s original name ‘Amason’. The car kicked off the three-digit naming convention used by Volvo until the late 90s.

The Volvo Amazon’s engineering was conventional, with a longitudinal four-cylinder engine driving a coil-sprung live rear axle. The 1.6-litre B16A engine was derived from that used in the Amazon’s Volvo PV544 predecessor and the car was initially offered as just a four-door saloon.

The two-door model was offered from 1962, alongside a five-door estate and from 1959 the car was offered with standard front seatbelts – the first production car to offer the feature. Production finally ended in July 1970, when the car was replaced by the mechanically similar but squarer-looking 140 model. The Amazon was a big seller for Volvo around the world and was in production for 14 years – of the 667,323 examples produced between 1967 and 1970, over half were exported, which means there are plenty around.

If you’re going to use the car every day then Amazon fans suggest a post-1968 car as the sensible choice, since they had the benefit of more power from the upgraded 118bhp B20 2-litre engine, plus dual-circuit braking and standard front headrests. 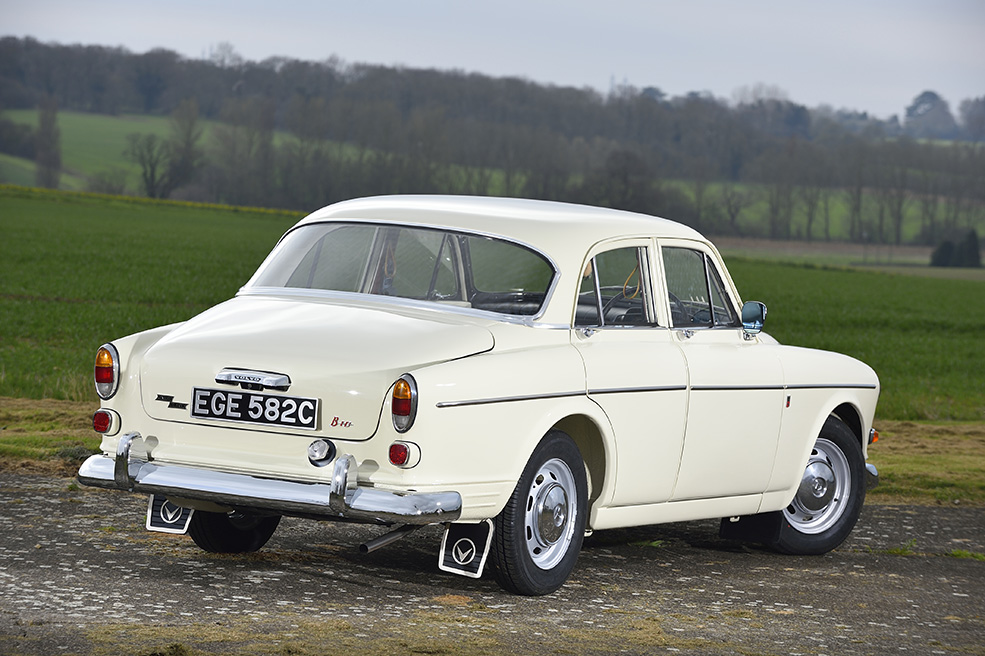 It’s something of a misconception that old Saab and Volvo models were built to withstand such extremes of climate that they simply shrug off the UK weather: in reality rust is just as extensively as any other steel-bodied car of the era. In the words of one Amazon owner we spoke to recently: “They take longer to rust, but when they start they really rot.”

One common cause is leaky front screen seals which tend to dry out and allow water down the A-pillars to rot out the floors. The rubbers are both sealed and glued in place and it pays to keep an eye on their condition, especially if the screens have been fitted by a generic fast-fit windscreen place more used to modern cars.

Elsewhere, the front wings can start to bubble from around the headlamp bowls, while the arches will look tatty and rotten inner wings can get costly to fix. The wings themselves are bolt-on items and are available new, while plastic headlamp bowls can also be fitted to prevent problems in the future.

The bulkhead is also worth checking from the engine bay for rust at the upper corners, and from inside at the lower corners of the footwell.

The boot floor can rot around the spare wheel well if the drain holes are blocked, while the sills and door bottoms can also be troublesome. Neither complete doors or skins are available new for the four-door cars, although repair panels are available for the bottom section. New sills are available and are a conventional construction with an inner and outer section.

Rust at the forward edge of the boot floor can indicate more serious problems in the rear suspension mounting area, while the boot lid itself can rust from inside its double-skinned section. 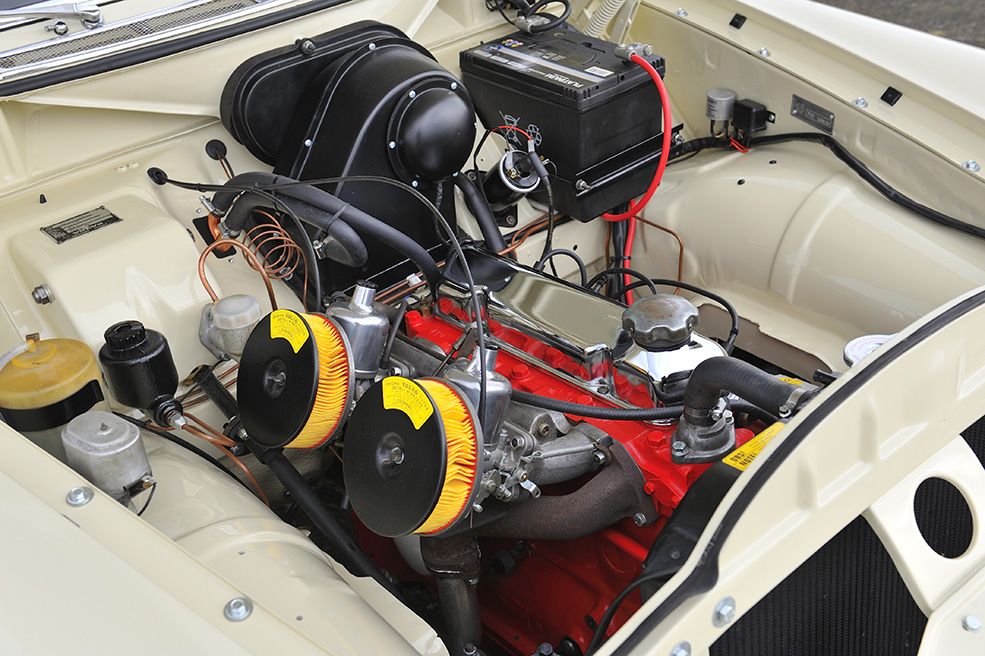 The B16/18/20 engine is a rugged unit but does suffer a couple of issues related to the age of its design. The first is the felt rear crankshaft oil seal, which tends to allow oil on to the clutch. The problem can be solved by upgrading to a modern neoprene seal which is done on an exchange basis – you buy a new seal with the neoprene already fitted and return your old felt unit for reconditioning.

On older engines the fibre timing gear can also break up, but again a modern replacement will solve the problem and is available from specialists. Smoking on start-up can often be down to hardened valve stem seals and erratic running is usually down to worn carburettors. Generally poor performance could be due to worn camshaft lobes on high-mileage engines, although this isn’t an easy thing to check.

The direct-acting gearshift is normally a positive change despite the lever’s long throw but if it starts to feel awkward then suspect the gearbox mountings may have failed. This allows the box to physically drop in the chassis and the cure is to fit polyurethane replacements.

The optional overdrive is the familiar Laycock type and there’s plenty of expertise around for these but do check that it engages and disengages smoothly.

Typically, you’ll be looking at a fluid service every 3000 miles and a plugs and filters service every 6000, though if you’re not planning to use the car that much we’d aim for at least one full service per year. Electronic ignition is a sensible upgrade, though not vital. The oil filter will need to be of a type fitted with a non return valve; original Volvo units have this where cheaper options may not. 40psi on the oil pressure gauge when warm is a good sign that all is well.

Upgrades including an electric power steering conversion are available but we don’t think they should be necessary. Likewise, five-speed conversions using Volvo 240 or Ford Sierra boxes might give you a taller top gear but unless you’re using the car daily the hassle will outweigh the benefit.

Amazons are simple machines and working on them is easy with the right tools. You’ll need a special hub puller for most axle jobs on pre 1968 examples but barring this most jobs can be achieved with the sort of simple tools most home mechanics would have.

B18 and B20 engines are more reliable than early 1.6s – they use a five-bearing crank instead of the earlier three-bearing unit, making them stronger units. 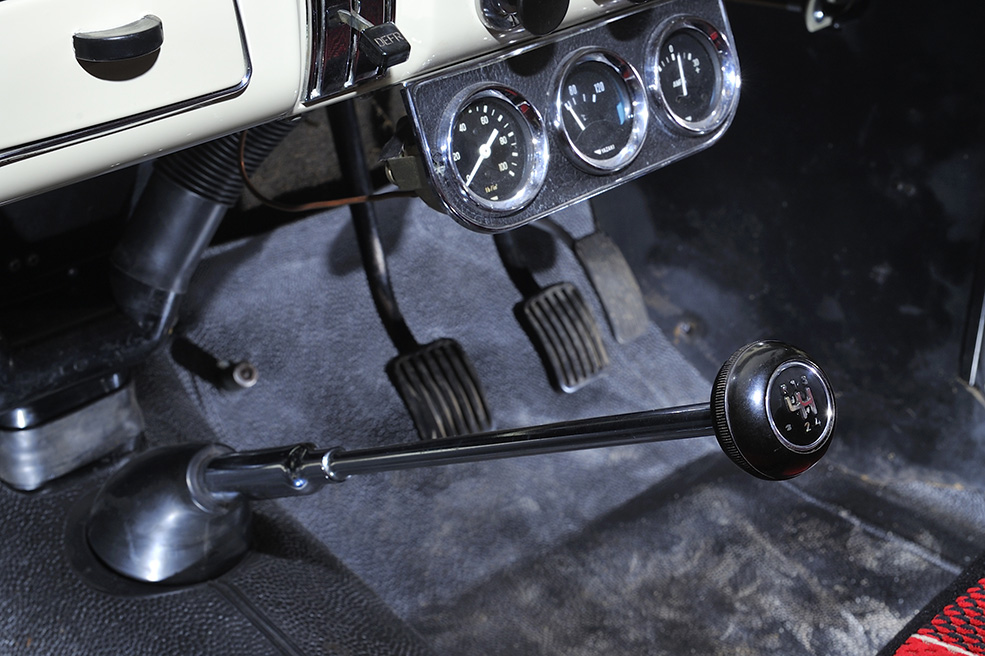 The saloons and estates used Girling front discs and rear drums and the system works well but discs can be surprisingly expensive: £200 each brand new or £110 for the budget alternative, with an exchange price tending to vary.

Essentially there’s just a single Swedish supplier for the parts and the hub is built into the disc rotor which explains the cost. A conversion kit is available to convert to conventional hubs and separate discs but it’s around £1300.

Everything you might need is available, although a change in the design of the rear suspension from single to twin trailing arms in 1966 means you’ll need your chassis number to hand if yours was built in that year. Chances are you’ll be replacing them at some point too, since they’re simple pressed steel items. Uprated bushes are widely available to firm it up, while several brands including Koni, Bilstein and GAZ can supply uprated dampers, with a big choice of springs also available.

Tyre choice for the correct 165/80 rubber on the standard 4×15 wheels is limited, with the cheaper tyres not always well regarded. Suppliers like Longstone can supply the Michelin XZX and Pirelli Cinturato which are both good choices from £130-£200 a corner, while some owners move up to 5″ wheels which allows a much wider and cheaper choice of 195-section tyres.

And speaking of wheels, the PCD is the same as the Ford Mustang which means there’s a good choice of aftermarket styles available. 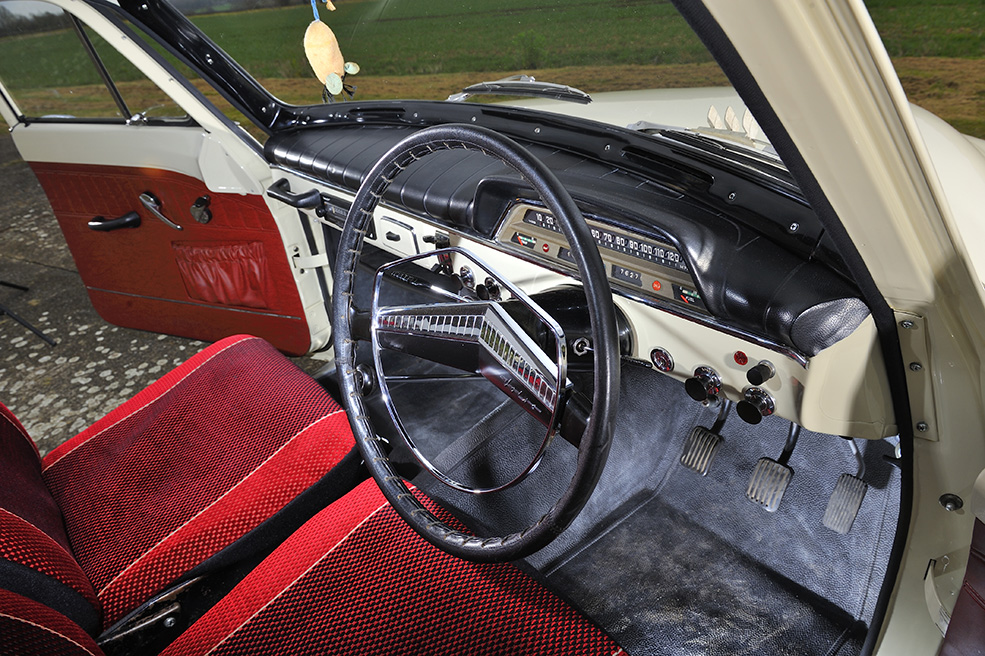 Most of the trim is available via specialist suppliers in the UK and Europe in the common colours, as are rolls of the correct vinyl and fabric. Dash tops tend to split and reproduction parts are available but since they’re glued and stapled in place it’s not a five-minute job.

The front seats came with headrests from 1968, although all the cars will have the necessary fittings in the seat frame. The Amazon also came with standard-fit front seatbelts plus factory-fitted mounting points for rear belts.

The window winders use chains and when they break you’ll need a special tool to set it all up again.

Many owners also remove the factory-fitted soundproofing from the cabin as it tends to absorb moisture and encourage rust, replacing it with a modern equivalent like Dynamat.

The electrical system on the Volvo Amazon is robust and you can expect it to be reliable. Many owners do tend to upgrade the standard tail light bulbs to brighter LEDs since the lamp units themselves are small by modern standards. 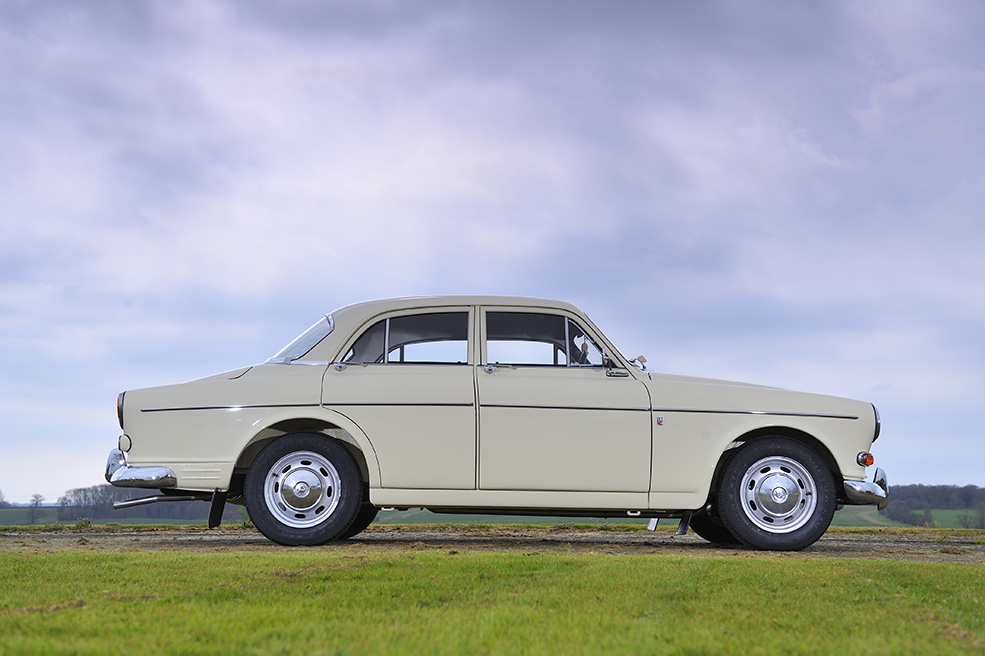 The Volvo Amazon is widely seen as one of the sturdiest and most reliable 1960s classics on the market – a car which is still up to the rigours of everyday use, and one which will remain rewarding to own regardless of what you throw at it.

With two prominent Volvo clubs in the UK and a drivetrain backed up by P1800 specialists, the Volvo Amazon makes for a tempting and compelling regular use classic. Even safety is catered for; this was the car which pioneered the standard fitment of three-point safety belts.

With two, four and five door estate varieties on offer and performance models available should you wish, the Amazon range is complete enough to meet the needs of most people who might want a family sized 1960s classic in their lives.