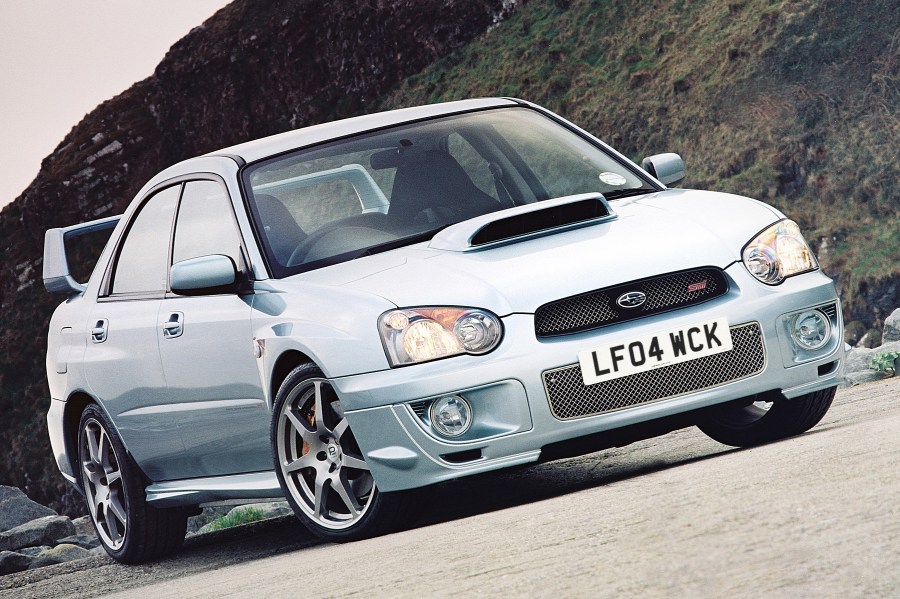 The second-generation Subaru Impreza can be more attainable than its classic rally-bred predecessor. Here’s how to buy a great example

In the hands of Prodrive and Colin McRae, the first generation of Subaru Impreza spent the 1990s racking up World Rally victories – and with them, a cult following. However, by the time the ‘New Age’ second generation car arrived at the turn of the century, McRae had long since left the Japanese marque in favour of Malcolm Wilson’s Ford team.

That didn’t seem to hinder Subaru too much though, as its rallying success was upheld by the Scotsman’s successor, Richard Burns. In fact, Burns marked the advent of this new car with his first and only WRC title win in 2001.

But despite the accolades, the Mk2 Impreza wasn’t entirely well-received by those fans, followers – and crucially – customers that the marque had been able to amass over the previous years. By far the most controversial feature of the new Impreza turned out to be its face. Hidefumi Kato’s soft, round headlight design wasn’t to everybody’s taste, with many likening the car’s aesthetic qualities to that of a bug.

Once the new roadgoing ‘bugeye’ cars were passed on into the hands of the public, some owners elected to switch out the factory-spec headlights for a pair of aftermarket Morette 02Cs – a design which took the basic round shape and splintered it into three smaller circles focusing in on the bulbs. The intention was to make the car appear more aggressive, but ironically, it also looked more insect-like. This makeshift facelift was superceded by two more official ones, usually referred to as ‘blobeye’ and ‘hawkeye’ respectively. It’s the former you see in pictures here.

Headlights aside, the Mk2 Impreza was a perfectly reasonable second album from Subaru, following on from the debut hit of the original car. Due to the company’s evident intention to homologate it for rallying, the second generation was 40mm wider than the first, giving it marginally more stability through the bends.

Likewise, the new ‘GD’ chassis was a lot stiffer than the GC platform that it was based upon, largely thanks to the implementation of a new reinforcement frame positioned around the cabin. Not only did this make the car perform better through the Welsh valleys and around twisty Monte Carlo mountain passes, it also had the added benefit of improving driver and passenger safety.

Those higher up at Subaru HQ quickly cottoned on to the situation at hand. Under the skin they had a great product, but its outer packaging was perhaps putting off buyers who would otherwise have been interested in making a purchase. With that, Peter Stevens was commissioned to design a facelift, resulting in a rather short two-year lifespan for the bugeye Impreza.

Nevertheless, from the perspective of a current-day classic car buyer, the pre-facelift Mk2 has become an increasingly more attractive proposition than it perhaps was back in the day. No Impreza is cheap on the used market, but in comparison to many of its peers, the bugeye car is regularly priced lowest of all. As a result, prospective owners of one in 2021 will be benefitting from a world-renowned set of underpinnings, without the ultra-high price tag to match.

Albeit available in lesser GX and GX Sport trims too, this guide will focus on the common problem areas for more desirable WRX and increasingly rare WRX STi models, should you wish to outsmart the Subaru market and show some love to one of these less-fancied cars. 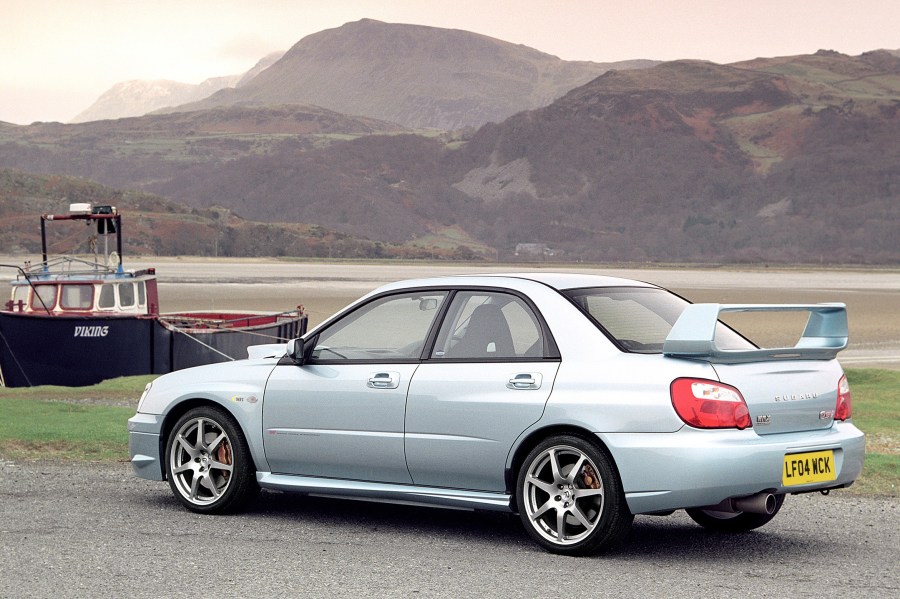 Corrosion is something that you’ll need to be wary of when looking to buy a second-generation Subaru Impreza of any age. The main hot spot area for rust is the rear arch, where water seeps up into the turret and a lot of salt can gather.

Front arches are also worth checking out, as is the total underside of the car. Checking for this might require you to get a little hands-on, as sellers are likely to simply paint over the rusted bodywork. Make sure that when you apply pressure to the metal with your fingers that it doesn’t feel weak or give way entirely.

You may have heard the rumours, read the forums or even seen the memes. It’s no secret that the ‘EJ20’ Subaru engines have a reputation for blowing up. Although the tendency is perhaps slightly over-exaggerated sometimes, there’s certainly an unfortunate truth behind the claims.

A lot of the inherent issues with the EJ20 engine arise simply due to the layout of its architecture. As good as that flat-four rumble sounds, the boxer engine does have some known issues. Oil surge is a key one. When cornering at speed, oil can rush to just one end of the engine, resulting in pistons at the other end firing while dry. Over time, oil starvation in these areas caused by regular rigorous driving will lead to engine failure.

To protect against this issue, keen owners could install an aftermarket baffle plate, which prevents unwanted oil flow. As might be apparent by now, the EJ20 blocks are heavily oil-dependent, so you’ll want to make sure that the previous custodians of any Impreza you’re looking to buy have kept up with the car’s fairly regular oil replacement needs. 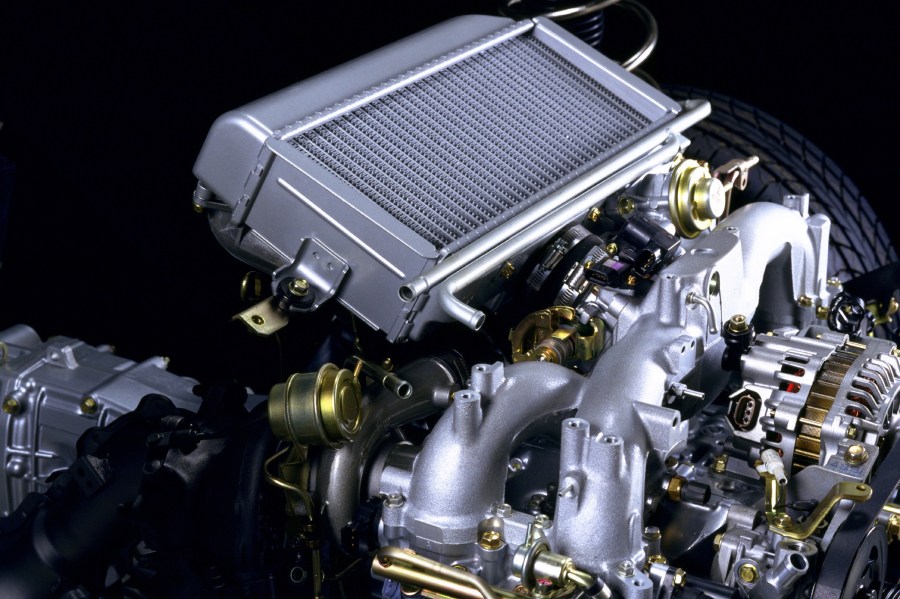 A final issue to consider is that of heat. There can be difficulty cooling the fourth cylinder within the block, and this can lead to dreaded rod knock. At first, the knocking will occur at cold start, but eventually it’ll be ever-present. When this happens, a complete engine rebuild will be needed, so be sure to listen closely when out on a test drive.

As is the case with oil surge issues, there are ways of combatting this problem too. The main means of doing so would be to replace the car’s stock top-mounted intercooler with an upgraded one. Given the car’s slight fragilities, examples that have had their engines forged are worth considerably more, so long as receipts from a reputable Subaru specialist can be provided.

The gearbox can occasionally be another problem area, more so with the five-speed manual that you’ll find in the WRX, rather than the six-speed in the WRX STi. Make sure to check when the oil was last changed for the gearbox and the rear limited-slip differential; you’ll want to make sure that these parts have been serviced every 30,000–50,000 miles. 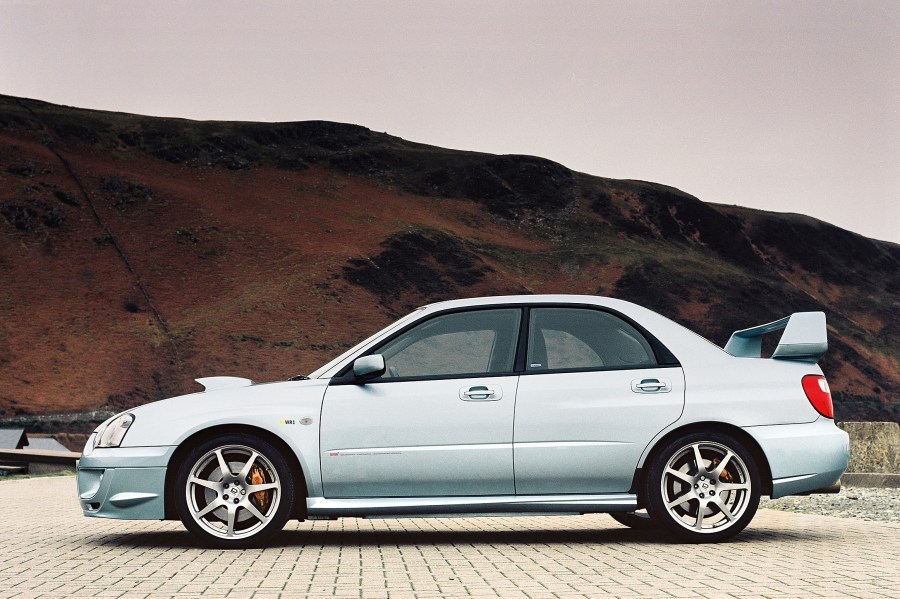 When viewing an Impreza that you’re interested in buying, make sure to check for any suspension corrosion, as this can occur thanks to our often wet and salty roads. Dampers and springs on these cars are pretty strong from the factory, but keep an ear out for any suspension knocking when taking the car for a test drive.

Out of the box the Mk2 Impreza is a good-handling car, but not an amazing one by modern standards. If you’re looking for a more spirited and engaging drive, dedicated owners will typically recommend that you make subtle upgrades to the front and rear anti-roll bars and drop links. You can expect a modification like this to set you back somewhere between £200-£400, but the improvements to the car’s responsiveness are apparently well worth the expenditure.

As for the brakes, make sure that the calipers haven’t seized. Check for any excess vibration under braking on the test drive, as sometimes one of the brake pistons might be lazy which causes the pressure applied against the discs to be slightly uneven. 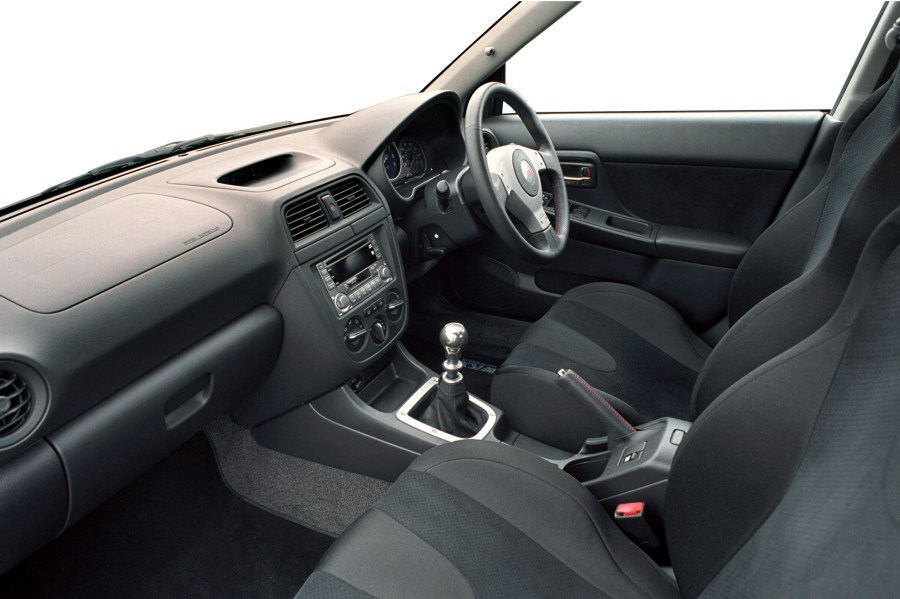 Whereas later generations of Impreza are often fitted with a leather interior, the bugeye Mk2 comes upholstered with a softer fabric material instead, in both WRX and WRX STi guise. The latter of the two even comes heavily swathed in ‘World Rally blue’, just in case you forgot what you were driving.

As you might expect, the main thing to look out for here is wear and tear on the driver’s seat, as well as any piercing of the fabric if, for example, a seat has been caught by a tight seat belt. Other than that, Subaru interiors tend to be pretty sturdy, albeit fairly uninspiring.

Like fast Fords, the nostalgia felt by enthusiasts for the Subaru Impreza means that buying a used one is not a cheap affair. Plus, given their tendency to attract a certain sort of owner, it can be difficult to find clean cars that haven’t been overtly modified. If you are able to find one, then the WRX is likely to be the most financially accessible of the two sportier variants of ‘bugeye’ and its subsequent facelifts.

Find a good example, budget for some robust servicing and maintenance bills, and head straight for the nearest twisty road. You won’t be disappointed!