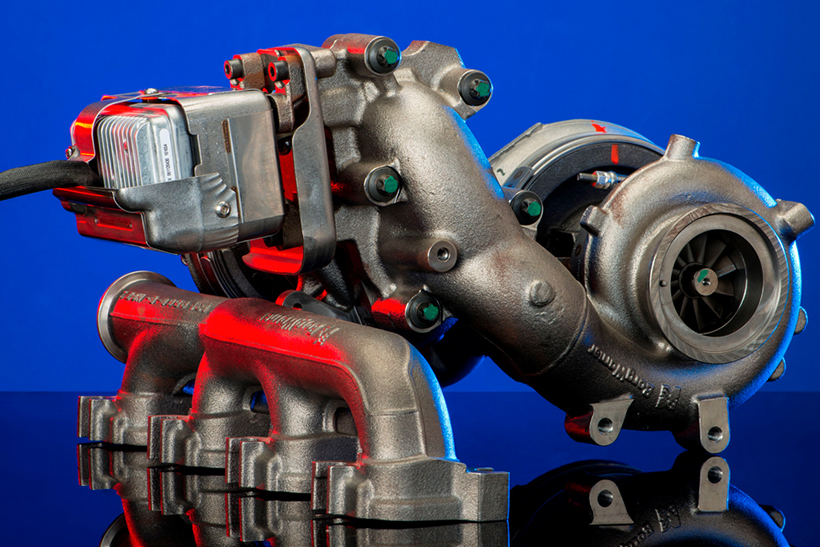 Using a mechanical compressor or an exhaust operated turbine to force more fuel and air into an engine will produce a more powerful explosion. We look at the two main forms of forced induction.

Proportionally increasing the volume of air and fuel entering the cylinders to boost the efficiency and performance of an internal combustion engine can be achieved by using either an exhaust powered turbocharger or a mechanically driven supercharger. Both these devices are essentially automotive air pumps and work on the principle of increasing the density of the air entering an engine’s inlet manifold. Forcing more air into the fuel system than the descending pistons can pull in naturally greatly improves the volumetric efficiency of each cylinder and produces more power from each compression cycle than a naturally aspirated engine.

There’s nothing new about forced injection. Turbocharging and supercharging goes back to early part of the Twentieth century and was used to increase the efficiency of internal combustion engines used in ships, railway locomotives and aircraft. When it came to cars, forced induction was the preserve of high-end sports models for many years and during the late ’Seventies and early ’Eighties turbocharging took to the track in what turned out to be one of the most exciting periods in Formula One racing.

Like many automotive developments, the harsh environment of F1 lead to an advanced breed of compact turbochargers being fitted to a new generation of fuel-efficient production models. Many manufacturers saw forced injection as an economical way to extract more power from smaller engines and companies such as Mercedes-Benz started to fit turbochargers to their diesel engined models and equipped high spec petrol powered cars with belt driven superchargers. 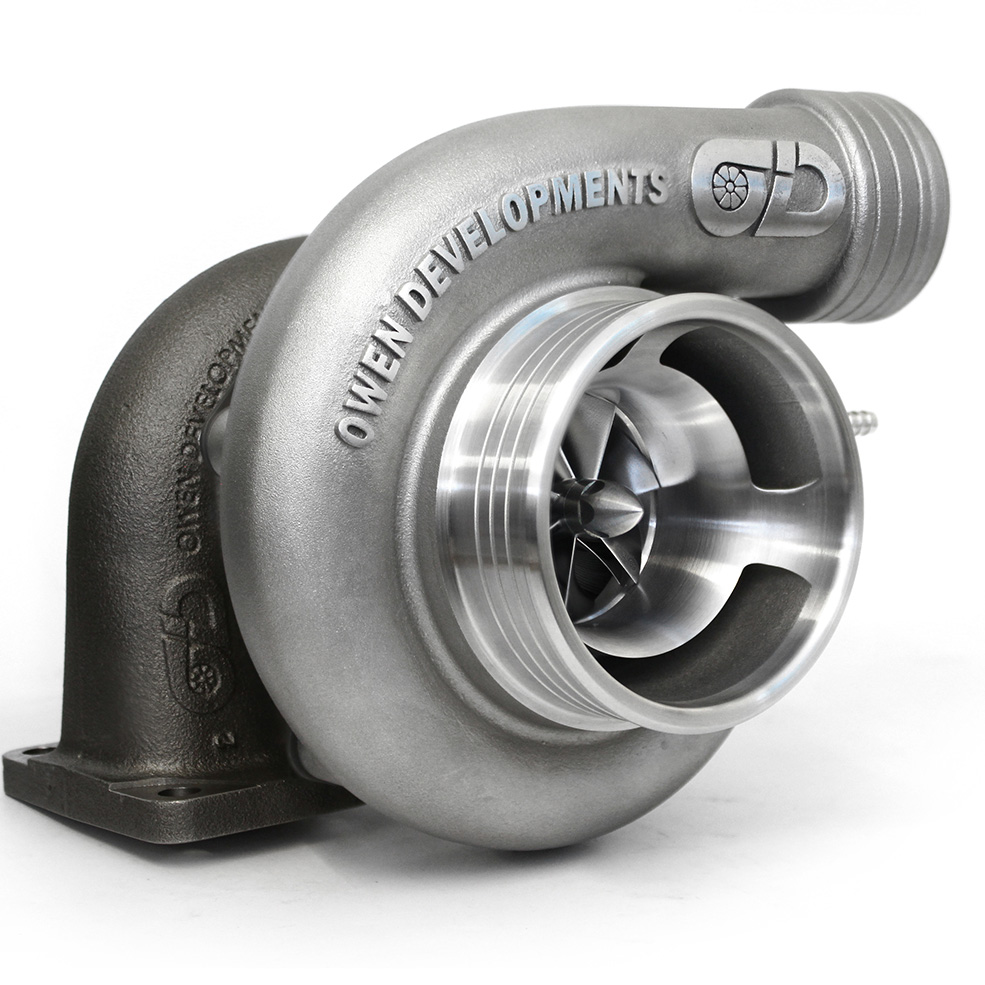 HOW DO TURBOCHARGERS WORK?
A turbocharger uses ‘free’ energy from the vehicles exhaust to spin a turbine connected by a shaft to an impeller that acts as compressor. This part of the unit forces ambient air into the intake manifold at an increased pressure and boosts the engine’s efficiency. The amount of exhaust gas entering the turbine is regulated by a vacuum controlled wastegate. This diverts excess exhaust away from the turbine, which in turn regulates the speed at which the compressor spins.

Another important control in a modern turbo deals with any compressed air trapped between the turbine and the inlet manifold when the throttle is closed. Called either an anti surge, dump or blow off valve, this control vents excess high pressure air to either the atmosphere or back into the unit and is usually controlled by a vacuum pipe taken off the manifold. Some high performance turbocharged cars will have an intercooler included in the induction system. An intercooler is a separate radiator through which the compressed air coming out of the turbo flows to cool it down, as denser air will absorb more fuel.

One big problem engineers have had to deal with is turbo lag. This is felt as a hesitation when the throttle is opened while accelerating hard and is due to the time it takes for the exhaust gasses to spin up the turbine. There are various ways to iron out turbo lag and these include using variable nozzle or twin scroll turbos with a spool valve to increase gas flow speed. Other ways to reduce turbo lag are too technical include in this basic description, but although turbo lag was a major issue on early units, the use of improved high temperature tolerant materials and better construction methods quickly helped to eliminate this annoying issue.

One very important thing to remember when driving a turbocharged car is to allow the engine to idle for at least 30 seconds after a fast run. This will allow fresh oil to flow into the unit’s usually ceramic bearings to cool them and considerably extends the life of the turbocharger. 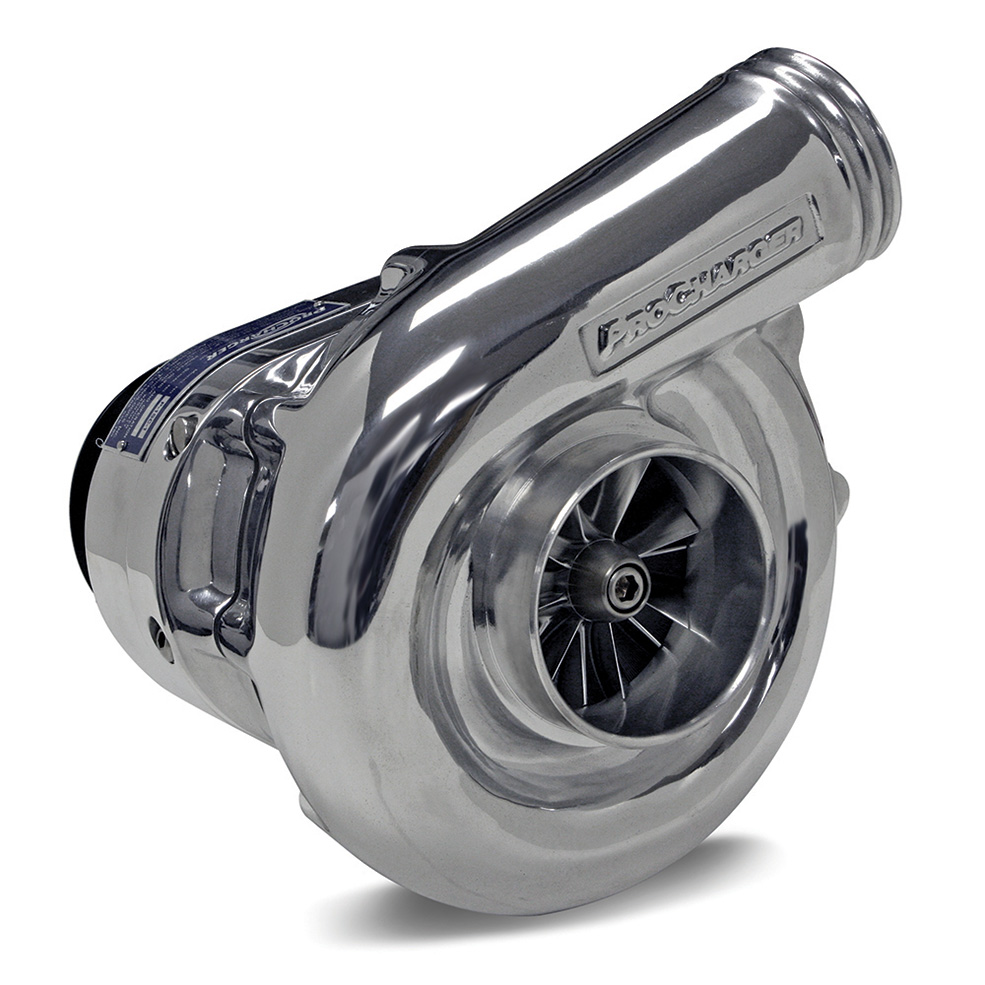 HOW DO SUPERCHARGERS WORK?
Instead of taking power from the exhaust gases, a supercharger (often referred to as blower) is powered mechanically by either a belt, gears, shaft or chain connected to the crankshaft. There are two main types of supercharger. The first is a positive displacement unit that delivers an almost constant level of pressure to the inlet manifold at all engine speeds and the second is a dynamic (centrifugal) compressor that only delivers pressure above a certain threshold.

Positive displacement pumps are sub divided into external or internal compression units and most modern superchargers will have a built in bypass that cuts in when the vehicle is coasting. The internal workings inside a supercharger are sliding vanes, twin-screws or a scroll drive and a supercharger’s almost instantaneous response means there’s almost no throttle lag.

However, a mechanically driven supercharger will absorb power from the engine and they are less efficient than turbochargers. Superchargers are simpler in operation and cheaper to manufacture than a turbo and can be retrofitted to a classic to replicate a particular works or sporting model. Don’t be put off when buying an emerging classic fitted with either type of forced induction, as the technology is well within the capabilities of the home mechanic to work on if things go wrong.