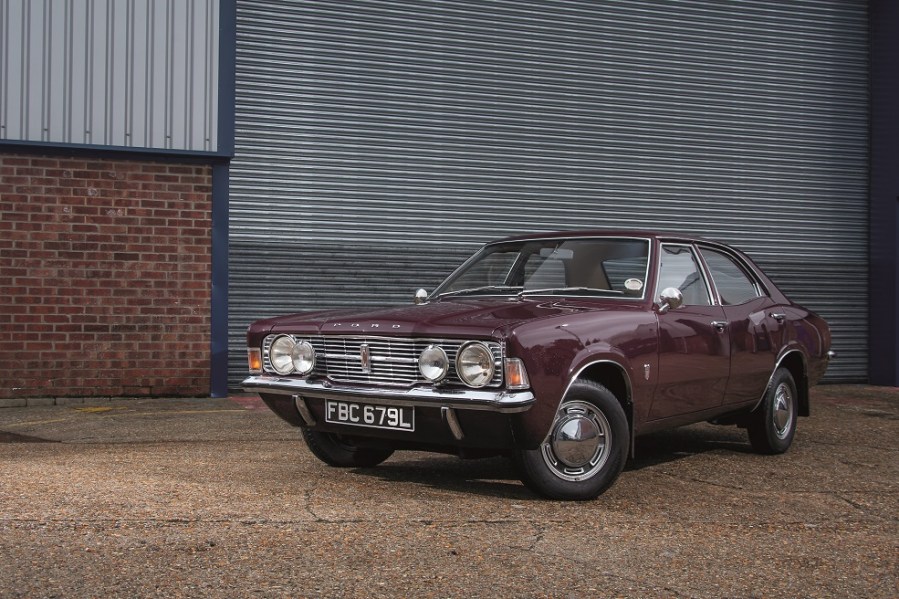 Ford’s distinctive Coke bottle Cortina was a 70s fleet favourite and still makes for an excellent practical classic today. Here’s what you need to know

When Ford scaled up its equivalent Cortina back in 1970, it was a very big deal indeed. The outgoing Mk2 model was still proving to be incredibly popular, so its maker could be forgiven for simply tinkering with the formula and reaping the rewards. But for the Mk3, it took a massive gamble instead.

Things looked similar on paper, with two and four door saloons, plus an estate. However, such was the change in direction that many in the product planning department felt it needed a new name. Rather than anchor its top models to the 1.5-litre class as per the Mk1 and Mk2, Ford opted to make the Mk2 significantly larger and top the range off with a 2-litre model, thus edging the car into a different market segment and swallowing up the Corsair range in the process. The Mk3 Cortina wasn’t any longer than the old Mk2 in saloon form, but the wheelbase was up by three inches and the width by a similar amount. That really boosted the interior space and gave the car a more grown-up feel.

The Ford Cortina Mk3 marked the convergence of the German Taunus and British Cortina platforms for the first time, but the Taunus bodyshell was rather less curvaceous than its UK equivalent, which employed a Detroit-inspired ‘Coke bottle’ design that was bang on tend at the time and in complete contrast to the boxy Mk2. Inside, the sloping dash looked like it had been lifted out of a Mustang. 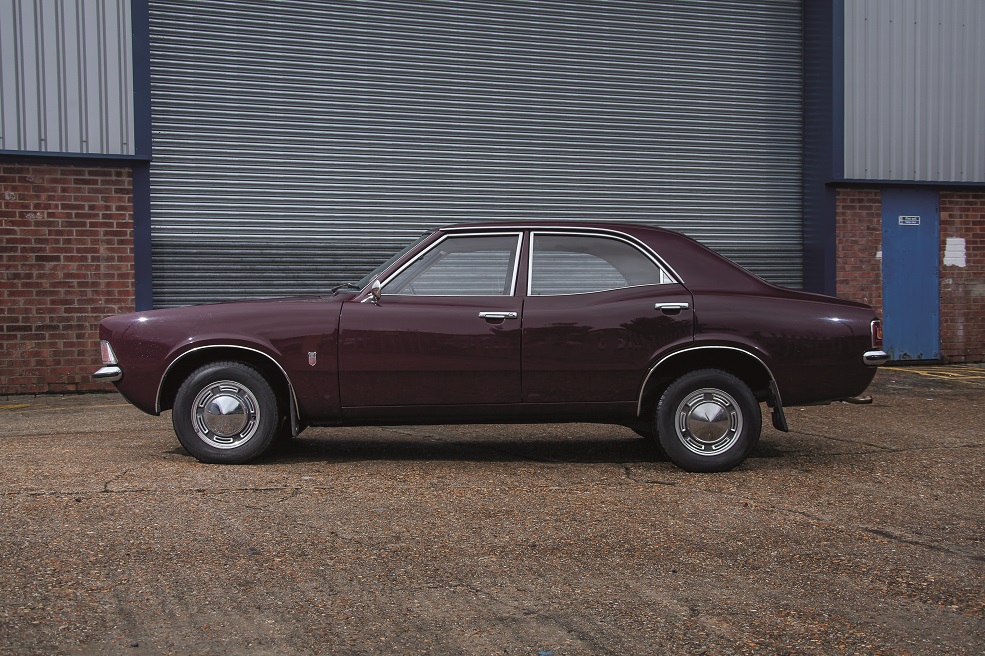 As with the contemporary Capri, Ford was keen to maximise the Cortina’s appeal by offering a bewildering array of different models to suit a wide range of pockets. Ford was no stranger to badge hierarchies, but with the Mk3 particularly popular as a company car, the new model really pushed the value of a few extra letters into the mainstream. You could have the base model, the L, XL, GT and GXL, with the latter pair equipped with quad headlights and Rostyle wheels to further increase their car park kudos.

Mechanically, the Mk3 Ford Cortina wasn’t quite as pioneering as its looks indicated. The MacPherson strut front suspension was replaced with more conventional double A-arm suspension set-up biased towards comfort, while a familiar live rear axle remained. The range also retained the 1.3-litre OHV Kent engines for the base and L models, but there were new 1.6 and 2-litre overhead cam Pinto units too, which included the novelty of a belt-driven camshaft. It wasn’t quite that simple though, because the 1.6-litre Kent hung around for the lesser models, while the home market GT and GXL got the OHC version. The 98bhp 2-litre unit, meanwhile, was available in everything from the four-door L model upwards.

With a choice of body styles, a myriad of trim options and the availability of automatic gearbox, the Mk3 had huge sales potential. However, its early impact was blighted by a questionable ride, handling and refinement, as well production difficulties caused by a 10-week strike. Ford reacted quickly though; during 1971 it improved the suspension issues by tweaking the spring and damper rates, and in 1972 the Cortina would storm to the top of the sales charts, where it would remain for four consecutive years. 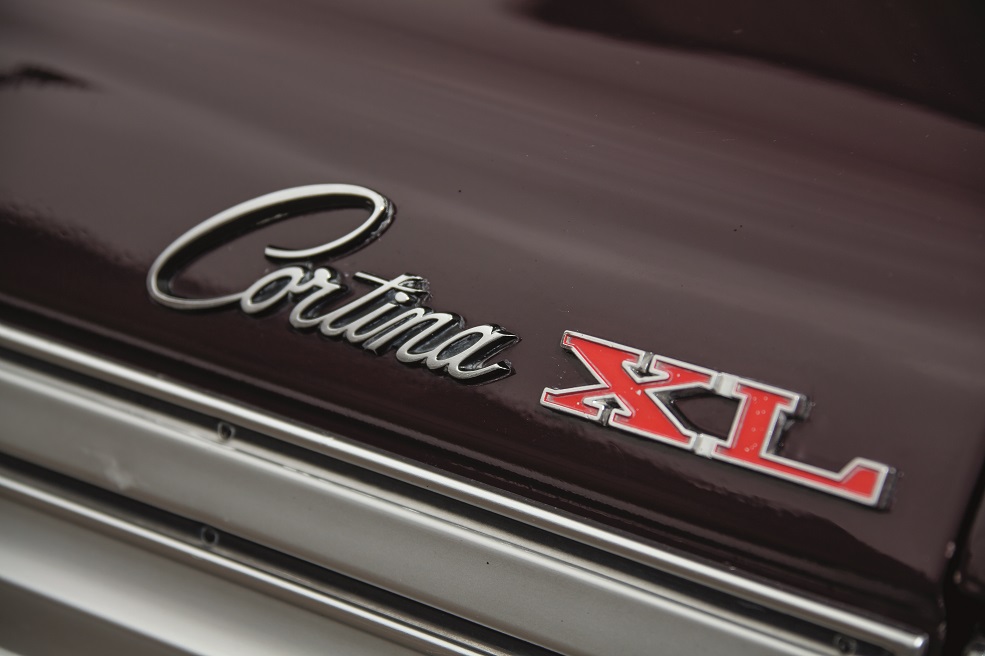 A substantial facelift in late 1973 further enhanced things, with the universal adoption of the Pinto for 1.6 cars and revised, more modern and frankly rather more boring instrumentation that would go on to be a Cortina mainstay until the Mk5 ended production in 1982. The facelift also saw Ford recreate some of the Mk2 1600E magic with the introduction of the 2000E, which replaced the GXL. Under the skin, further suspension tweaks helped improve the handling and the Cortina’s tendency to suffer a jolty ride on anything but smooth roads.

In the end, over 1,100,000 Mk3 Ford Cortinas were made before the squarer, more conventional Mk4 arrived as its successor in 1976. By then the Coke bottle design wasn’t as refreshing, but the Mk4 was really only a Mk3 wearing a new Uwe Bahnsen designed body, which it now shared with the Taunus.

Visible rust is likely in the front wings, windscreen surrounds, roof gutters, valances, rear arches, rear lower corners and door bottoms. Corrosion-prone structural areas include the inner and outer sills, jacking points, boot floor, rear chassis rails, inner rear crossmember, footwells, front crossmember mountings, inner wings, A-posts and the bulkhead. Reproduction repair sections are plentiful, helped by a lot of the metalwork under the skin being shared by the Mk4 and 5, but decent items aren’t cheap and new old stock panels are now very costly if you can track them down.

Meanwhile, the aluminium wheel arch trim fitted to the XL and GXL is easily damaged and hard to source. Replacing the body trim of higher specification models, including the sides and that of the boot, is also difficult, while the windscreen trim for very early cars is extinct. Reckon on a decent, second-hand four headlight grille costing circa £120-£150. 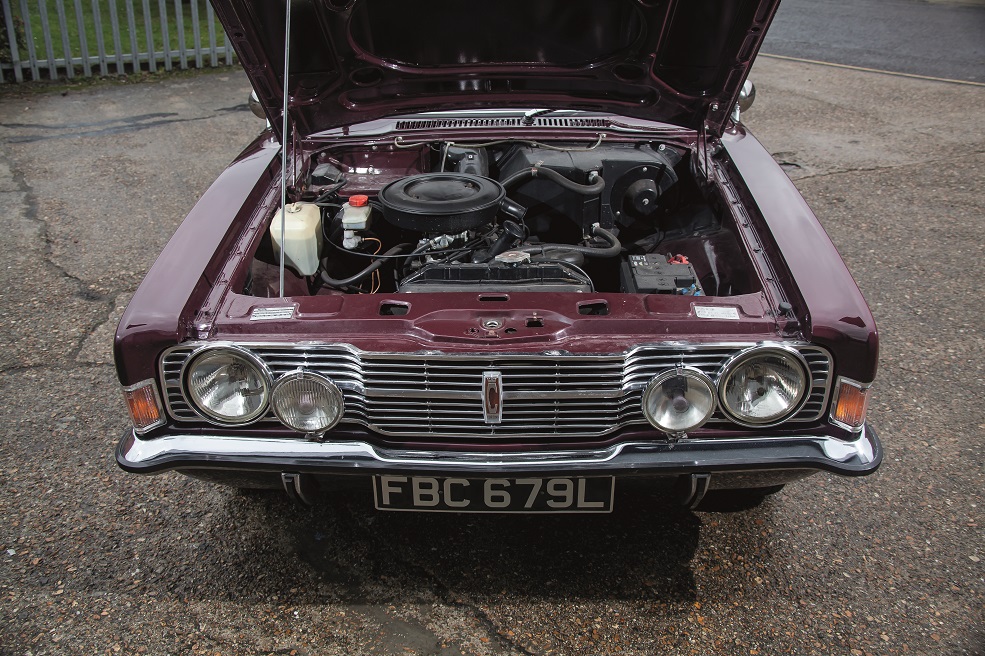 All the engines are reliable if they’re looked after, but sure signs of wear with either Kent engine are a noisy valvetrain and rattling timing chain. More terminal is piston and bore wear, so check for heavy breathing, blue smoke and high oil consumption as indicators.

Look for the same signs of wear with the Pinto units, but the main issue is camshaft wear caused by oil starvation when the oil spray bar becomes blocked. This is caused by a lack of oil changes and is indicated by a tapping sound. Watch for signs of overheating too, as water pumps on Pintos can seize if the wrong mix of anti-freeze has been used. The Pinto uses a cam belt which should be changed every 30,000 miles. 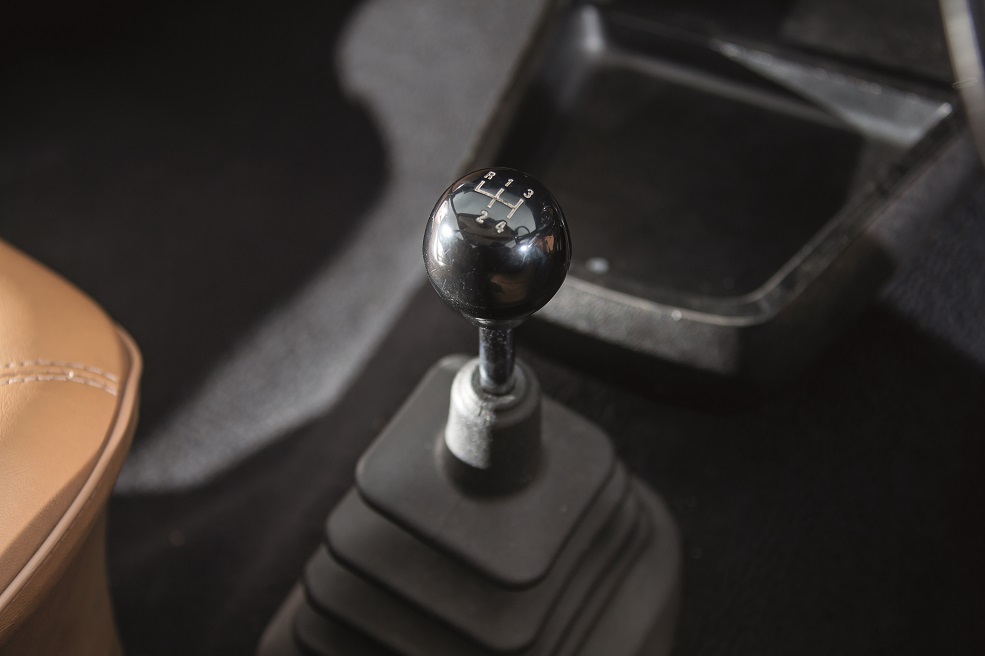 Originally, you either got a four-speed manual or an optional three-speed Borg-Warner automatic, with the smaller-engined manual cars getting a Type 3 gearbox and the bigger capacity models the stronger Type E version. The manuals are generally reliable, but both versions share the same symptom of terminal wear – a rumbling that increases in speed that means the bearings have collapsed. Selection issues are usually caused by wear in the plastic ball assembly where the gear lever attaches to the gearbox.

The optional Borg Warner 35 of pre-face lift cars and Ford’s own C3 automatic found in later models are reliable, though low fluid can cause issues with taking up drive and hanging in gear. The fluid should be pinkish but if it’s black and smells of burning then it means the ‘box has significant wear. Noises from the rear end are sometimes confused with worn wheel bearings but again, the axles and diffs are generally rugged. Check the diff cover for any corrosion that might be causing leaks and letting the diff run dry. 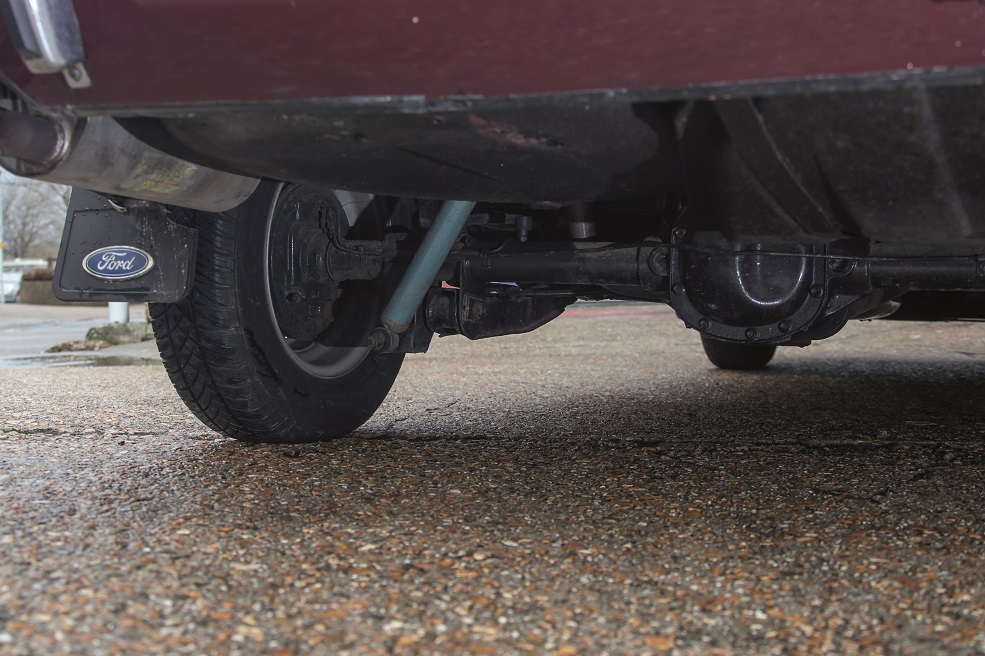 Ah yes, the Cortina and void bushes. Fitted to the rear trailing arms and diff housing, there are eight of them in all and they are legendary for premature wear — the two above the diff usually fail first with the ones on the axle the next likely to collapse. Steadily declining handling is a giveaway, and being able to easily rock the back of the car from side to side indicates they’re really shot. Poly bushes are the obvious solution, but they make the ride so hard that many owners live with regularly replacing the OE-spec rubber bushes.

The front wishbone set-up is reliable, although the pins supporting the top wishbones can wear, with the tell-tale being a clunking noise over uneven surfaces. It isn’t a simple fix – the only cures being a replacement subframe or fabricating larger pins and enlarging the holes in the subframe to suit.

The front disc and rear drum set-up works well when it’s in good order, but age and a lack of use can cause corroded discs, sticky callipers and seized rear wheel cylinders. An overhaul isn’t the end of the world — new parts are available and inexpensive, the only exception being shoe fitting kits and adjusters for the face lift 1.6-litre models. More of an issue is the prone-to-leakage master cylinder. Rebuild kits are available, but complete replacements can be costly. As a cheaper fix, some owners have adapted a master cylinder from a 1980s disc-braked Land Rover. 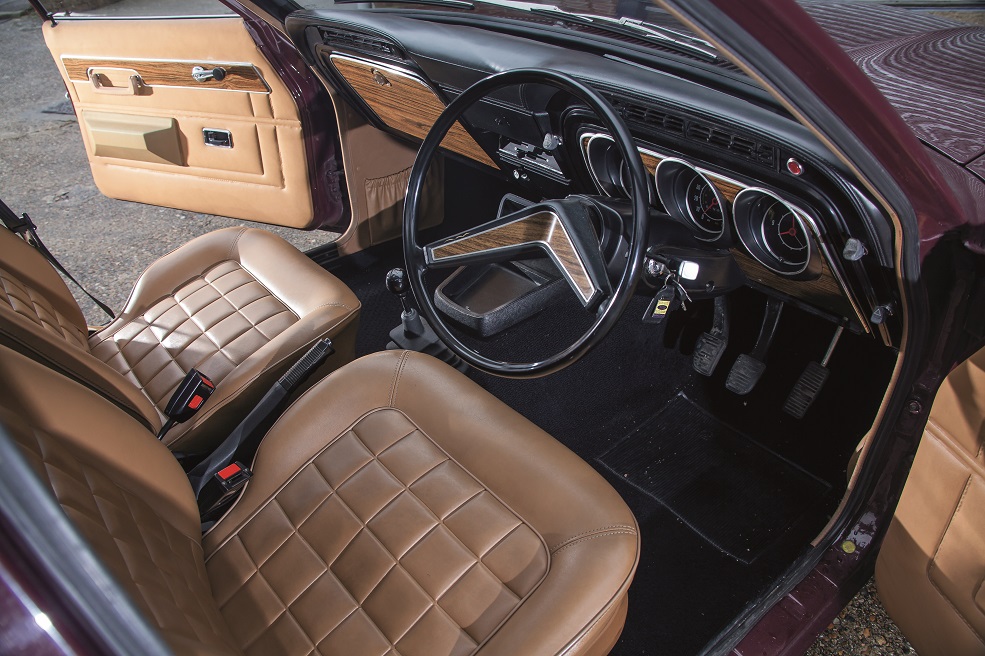 The cloth trim fitted to the higher spec models is less durable than the vinyl of lesser-spec cars, and replacing it is harder too. That said, ruby red and dark green shades of the vinyl can be hard to match. Some seat covers have been remanufactured in black, while carpets are also available. Door cards are often warped, cut to fit speakers and difficult to replace, though black ones can be bought new. A cracked dash can only be replaced with a second-hand one, and the GT’s Tombstone seats are particularly expensive when in good shape.

Corrosion in the fuse box causes most of the Cortina’s electrical issues. Fuel gauges are prone to failure and the sensors are hard to find, while the clocks of pre-facelift cars can also break. Ignition switches are often worn, indicator stalks snap, and the switches of early cars also break easily. Rear taillight lenses can go opaque, while the square headlights of facelift models can be tricky to replace as they’re unique to the Mk3. Replacement round versions, whether 7 inch or 5.75 inch, are easy enough to source. 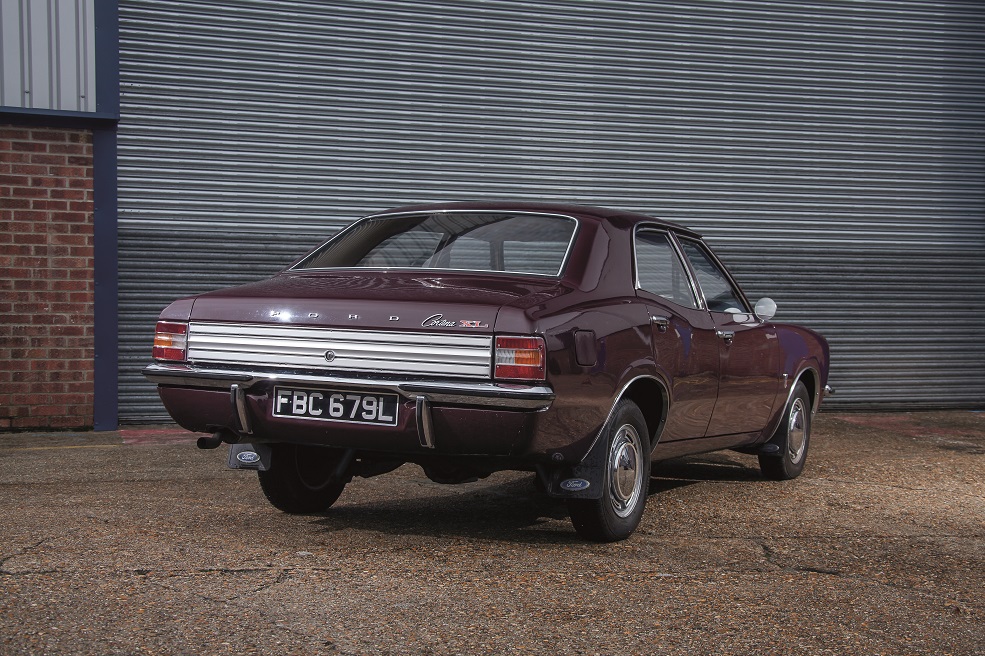 As for the Ford Cortina Mk3, its ubiquity, combined with the ravages of time and the propensity for many to go out in a blaze of glory on the oval, means only a tiny fraction survive. But if you want to relive your youth and indulge in a bit of period ’70 style, the Mk3 is perfect.

They’re cheap to run and easy to work on at home, and you’ll have no problems striking up conversations with nostalgic bystanders everywhere.