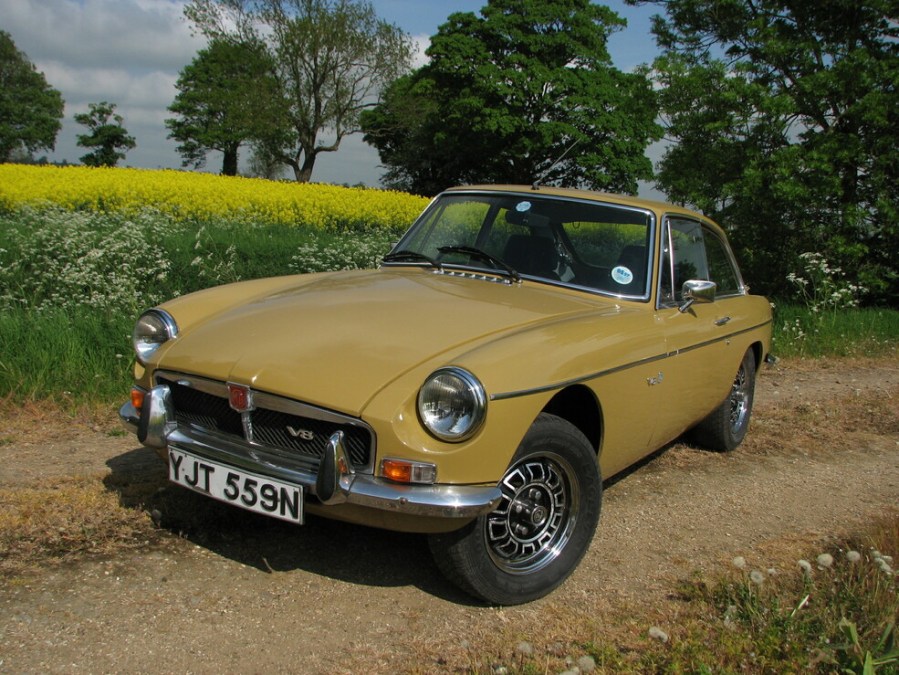 The MGB GT V8 was brutish, British, and full of charm – a character later adopted by TVR. But whose V8 was better?

V8s are great. V8s with rear wheel drive are even better still. And small, light cars with V8s and RWD are among the best fun you can have on the public highways. Top of the tree has always been TVR – but before TVR discovered the V8, there was the MGB GT V8. Both cars now have their followers, not only among marque devotees but among those who love the Rover V8 that is their shared history. But which makes a better classic buy, the BGT or the TVR Wedge? 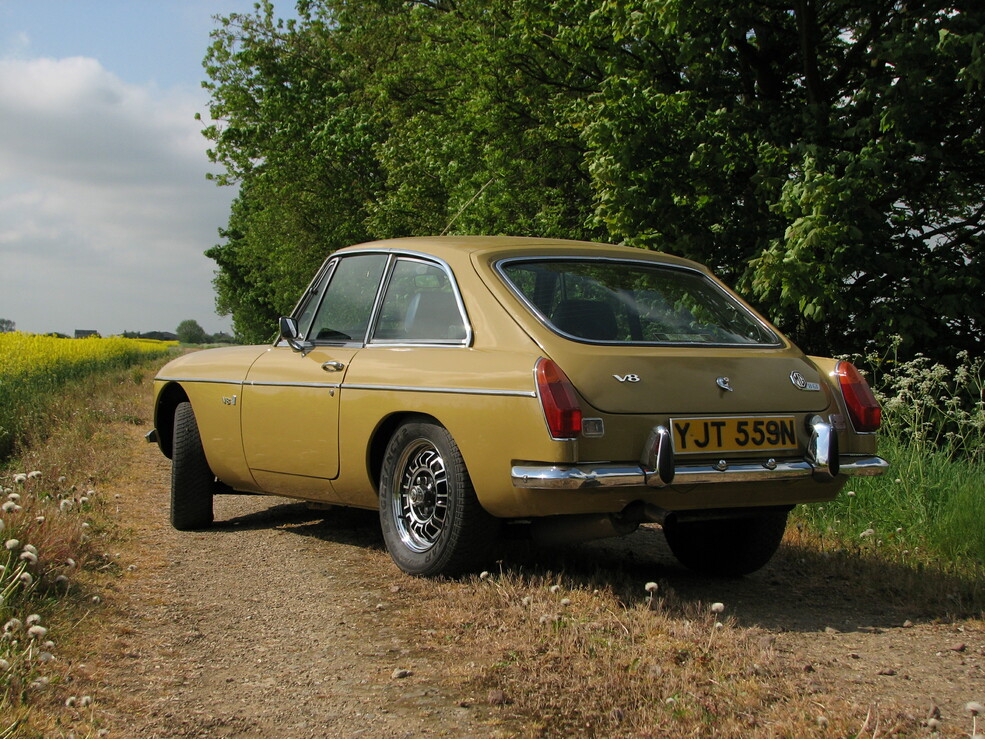 The MGB GT V8 has its origins in the work of Ken Costello. Much like Carroll Shelby, Ken Costello had a penchant for putting big V8 engines into small British sportscars. Costello, however, chose to insert the Rover 3.5 V8 from the P5 into the MGB. When British Leyland heard about the cars, they invited Costello to come and discuss his conversion with them – which later led to a production V8 MGB. Costello was involved in the development work of six prototypes ready for series production – these cars differed cosmetically form the Costello cars in that they retained the standard grille and bonnet, and also featured special alloy wheels produced by Dunlop. Unlike Costello, BL only ever produced factory V8s as GTs, and the lesser powered Range Rover unit was used in place of the more powerful unit from the P5. This engine was torquier, its power deemed sufficient for a car of the MG’s weight. Range Rover spec engines were also easier to source internally, owing to the Range Rover’s ever-strong demand.

Launched in 1973 as a chrome-bumper car, the V8 followed the four cylinder into a polyurethane future in 1974. The rubber bumper cars sat higher – and while the V8 still offered a considerable shove, many felt its prowess had been dented. The MGB GT V8 also suffered from being launched in the midst of an oil crisis, when super sportscars which did under twenty to the gallon were hardly what the market desired. By 1976 it was over – the B continued in four pot form until the start of the 1980s, but the V8 dream had gone. It would take almost a decade for TVR to resurrect it with its Wedge shaped sportscar. 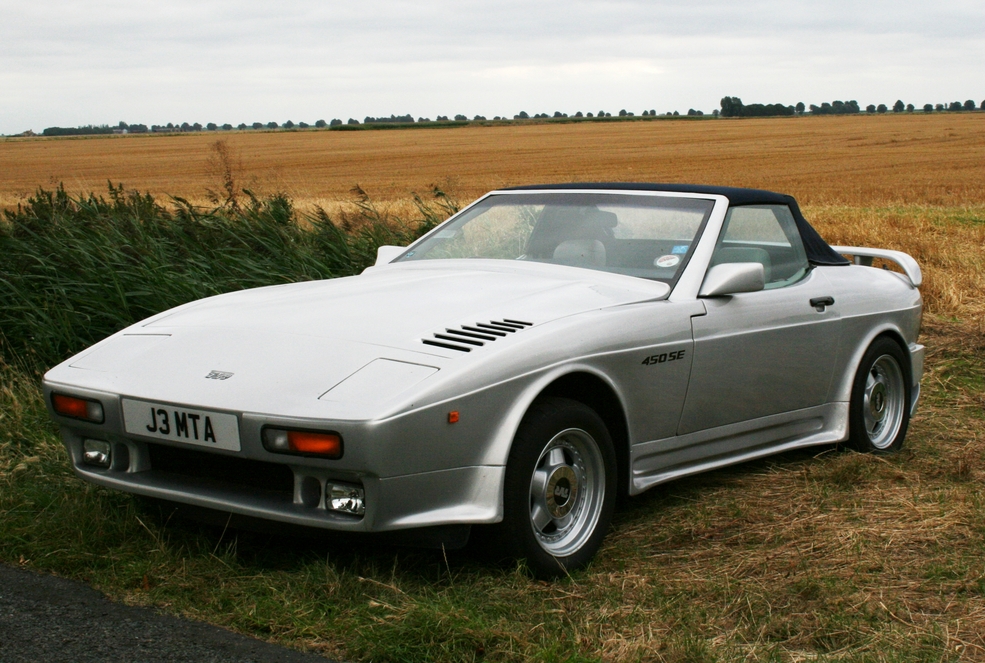 It was in 1983 that TVR shoehorned the Rover V8 into its Tasmin – the result of boss Peter Wheeler feeling the Ford Cologne wasn’t quite enough to give the car the shove he desired. Additionally, TVR had been proving difficult to market in Arab countries owing to Ford’s close Israeli connections, so the Rover-engined Tasmin 350 proved to be a car that could bolster TVR sales.

The Tasmin had been launched three years earlier with a choice of the aforementioned Ford V6, or the 2.0 Pinto from the Cortina. This wasn’t the only bit of parts bin engineering under the Oliver Winterbottom shell, which looked half Lotus Elite, half DeLorean DMC12. Cortina, Granada and Sierra parts reigned supreme under the skin, though the diff and rear brakes were drawn from the Jaguar XJ-S.

The TVR Tasmin 350i – later renamed the 350i, discarding the Tasmin bit – was only the start of a long process of fitting increasingly bigger and more powerful V8s to the Wedge body. So: 390, 400, 420 and even 450 models were produced, the engine size denoted in the same manner as the 3.5 350. For the ultimate in flying banshees, the latter two were even offered by TVR with carbon fibre panelling on the SEAC models. These were lighter, more aggressive and more aerodynamic to boot – and more valuable today. A nice 350, 390 or 400 makes an excellent alternative to the MGB GT V8 – rarer and faster to boot. 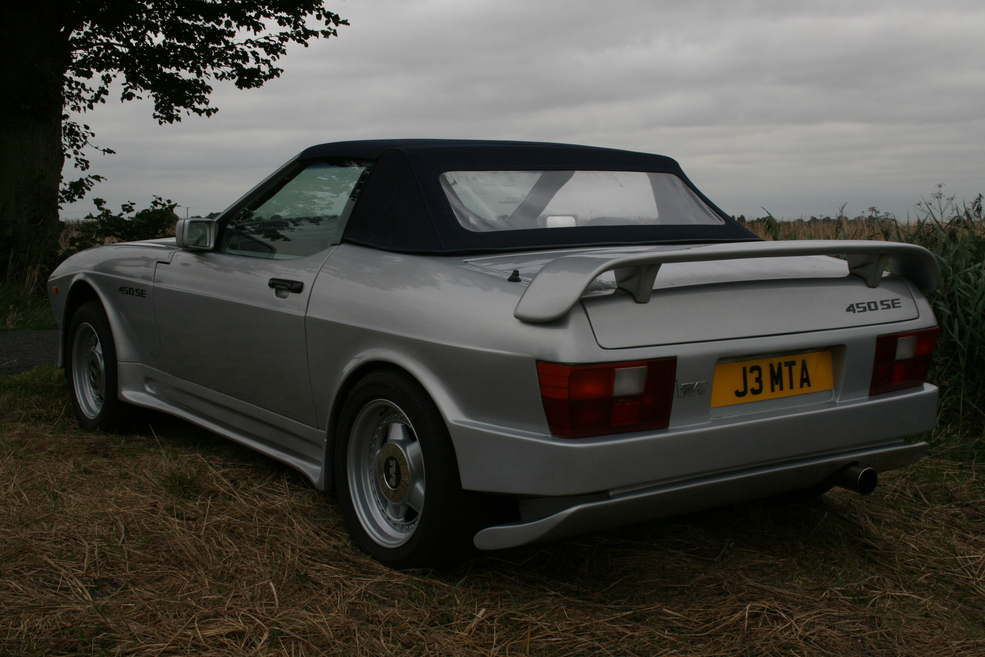 Put your foot down in any TVR V8 Wedge and the horizon will appear far more quickly than you expect. And while the Wedge has a well-earned reputation as a bit of a brute, it’s not actually that difficult to drive if all you want to do is potter about. They’re not unduly heavy to drive and can arguably be considered as a 1980s iteration of the Big Healey.

TVR Wedges are worth less on average than MGB GT V8s – though you’ll be paying similar money for an SEAC. While they’re cheap now, and £10,000 will buy one, that market position can’t last as interest in TVR’s brutal late 1990s offerings filters back to the older V8 powered models. It’s one to buy, enjoy, and watch your investment grow. 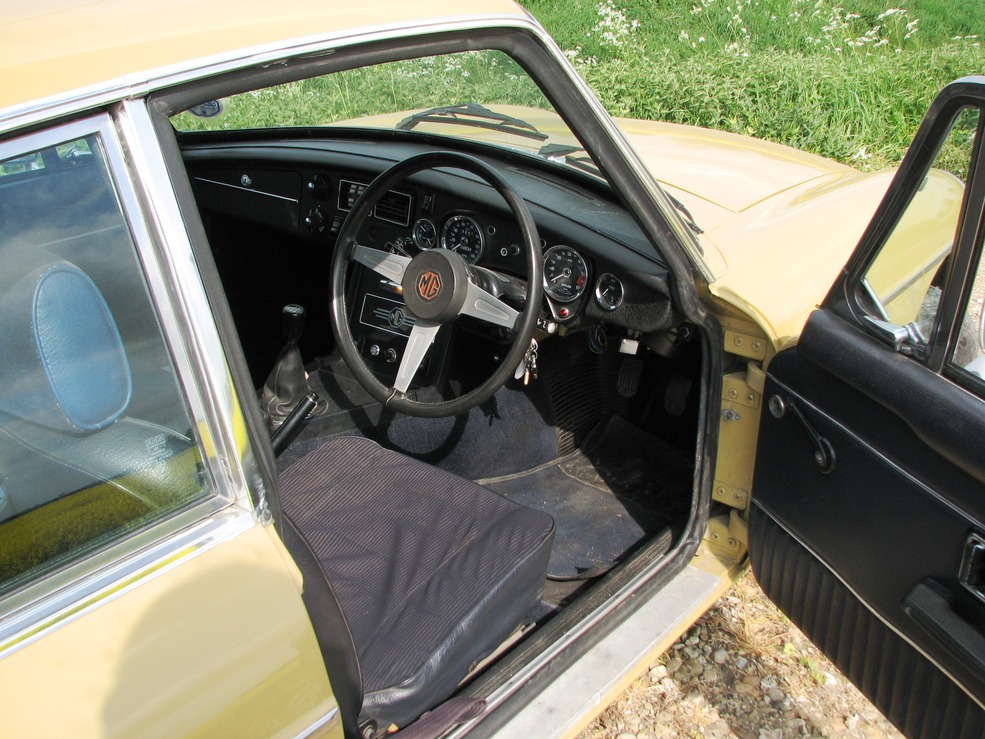 The MGB GT V8 understandably has a litany of fans among those who were there at the time and those whose forebears always wanted them – and with the strong MG club support and Rover V8 spares availability, it’s one of the easiest performance classics to own and use on a regular basis. And as values rise, it makes a phenomenally good investment. There are many compelling reasons for owning an MGB GT V8 – and yet, for us, it’s not the top dog.

You see, the TVR Wedge is brutal on a different level when you push the throttle into the carpet. Add to that that the GRP shell has no chance of corrosion, the progressively bigger engines, the plusher seats and that even today, it looks as dramatic as modern supercars, and you can understand why the TVR Wedge is the V8 bruiser for us.