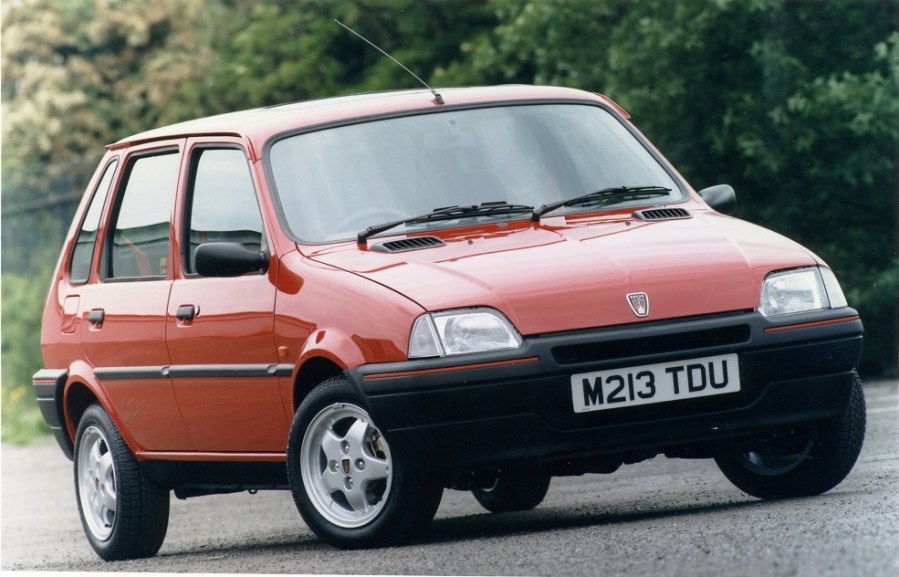 You may still think of a 90s Rover as a bargain runabout but many are starting to gain classic status. Here are our favourites. For more, subscribe to Bargain Cars. Just £12 for 6 issues!

Be it patriotic enthusiasm or a rose-tinted affection for a lost British brand, there’s a lot of Rover love out there at the moment and that’s finally starting to be reflected in the prices, with the best examples of 90s Rovers now changing hand for serious money.

Aside from the Mini, which has its own collectability, the smallest of the 90s Rovers was the Metro, or 100 as it became in its latter Rover days. Years of festering in the banger doldrums with values eroding as rapidly as its rear wheelarches have now ended, with increasing popularity of the Metro helping prices to rise.

The original 1980s Austin models were first to get a boost, but now the Rover versions have followed suit. A 6000-miles-from-new 100 Kensington recently changed hands for £5995, which was roughly what it cost new.

Lesser models are creeping up too, so now is the time to take the plunge if you’re keen on what is still a viable cut-price Mini alternative – at least for now.

Moving up in size, the 200/400 R8 model is also gathering a head of steam. There are still quite a few good low-mileage examples out there and while they’re not attracting investor interest yet, prices are on the rise as buyers come round to the idea of  Honda-engined Rovers; the 216 and 416 models are especially popular. The ‘Tomcat’ coupe is something of a performance bargain thanks to its 2.0-litre turbocharged engine, but with prices steadily rising you’ll have to be quick to get in on the action here.

Sharing its underpinnings with the Honda Concerto, the 200 R8 benefitted from a great array of Rover, Honda and PSA engines, and was generally praised for its great handling.

Today, the 200’s once ubiquitous styling stands out when seen in context of modern traffic; it’s a handsome little car with plenty of car-show appeal in the right specification. You can buy now, enjoy – and be safe in the knowledge that a good example is very likely to appreciate in value.

The 600 is the forgotten Rover – a great car, based on the Honda Accord and actively undermarketed by Rover when BMW took the helm. It survives in very small numbers and is bound to grow in value soon, but like the R3 200, it’s still near the bottom of its curve.

Find a good 620 Ti with the 200bhp turbocharged engine – or a plush 623 GSi as we did – and sit on it; you’re unlikely to lose any money, and you might just gain some in time.

It’s not the most exciting Rover ever built but thanks to its Accord DNA, it is one of the most accomplished. It stacks up well to any given large family saloon of the period, and even some executive models. If you like the idea of a useable and reliable everyday Rover, the 600 is a great bet. 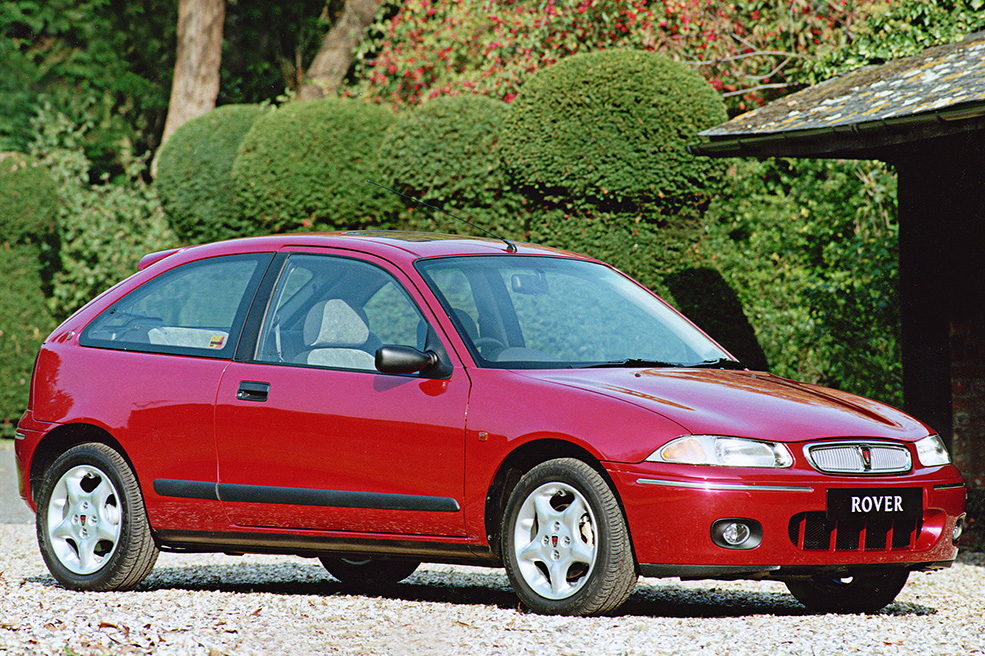 The replacement for the R8-generation 200 in 1995, the R3 was an altogether more modern take on the small family car. Unlike its Honda-based predecessor, the new 200 was almost entirely Rover-developed, and used a range of the company’s own K-Series engines.

Aimed squarely at European and Japanese hatchback rivals, the R3 200 straddled two segments; it was small enough to challenge the likes of the Ford Fiesta, but also priced to contend with cars in the category above.

Up until very recently the 200 was still considered a bargain-basement runabout, but as good examples become harder to find, prices are sure to continue on an upward trajectory. The strongest prices are still reserved for the orange-lipped, 1.8-litre VVC-engined 200 BRM, however.

Another joint venture with Honda, the Rover 800 arrived in its original form in 1986. That car lasted until 1991 when the facelifted R17-generation car arrived.

Based on a platform shared with the contemporary Honda Legend, the 800 got a more modern look than its predecessor in order to take on the likes of the Ford Granada, and later the Vauxhall Omega. Power came from a range of 2.0-litre Rover units, plus the infamous KV6, which replaced a more reliable Honda unit in the range. A Honda-sourced V6 diesel was also offered.

The 800 was one of the first 90s Rover saloons to gain traction as a classic: it went from bargain banger to collectable classic almost overnight. Nostalgia for the brand’s last really big saloon – paired with a classic example of supply no longer meeting demand – have seen the best 800 examples sell for serious money. Now’s the time to buy if you want to scratch the itch before the trend continues.