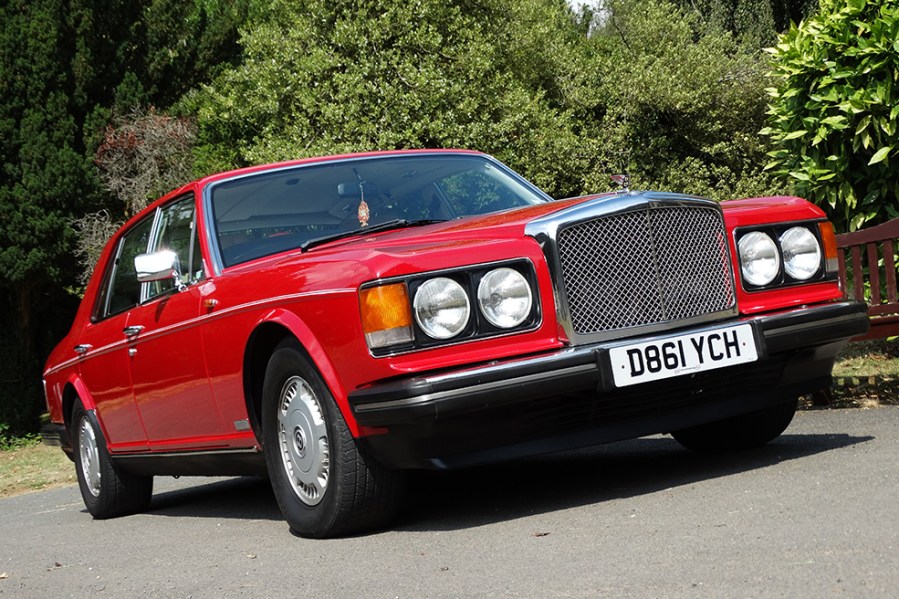 Think 1980s Bentley and it’s the Turbo R which springs to mind, the enthusiasm for the unlikely heavyweight hot rod having eclipsed the regular Bentley models of the time which now look like clever under-the-radar buys.

The financial difficulties of Rolls-Royce plc in 1971 had resulted in the car-making enterprise being spun off as a separate entity which although it afforded a degree of autonomy also meant that resources were slender. This in turn meant that a successor to the Rolls-Royce Silver Shadow would be forced to use the platform of the older car and the brief was to use as much of the Shadow’s engineering as possible but to create a fresh and modern-looking car. Or rather, modern looking in the most conservative sense of the phrase.

The result was that the entire lower body was carried over alongside the drivetrain and running gear, including the long-serving ‘six and three-quarters’ V8 engine. The new car was styled by an in-house team under Fritz Feller, using tricks like a 30 per cent larger glass area, lower waistline and more horizontal design elements to make the new car seem larger than it was – an important consideration for the American market.

The Rolls-Royce Silver Spirit was launched in 1980 and as with the Silver Shadow, a Bentley model was released simultaneously, this time badged as Mulsanne after the famous straight at the Le Mans course. Even by the standards of the T1 and T2 badge-engineered from the Shadow this was a ‘could do better’ effort, with the cars retaining R-R lettering on dials, pedal rubbers and under-bonnet componentry, while the rounded Bentley grille was all too obviously ill-matched to the shape of the bonnet creases.

It was a dark time for the Bentley marque and industry pundits suggested that serious consideration had been given to losing it entirely but behind the scenes the development of the turbocharged engine was already well underway and Crewe management had a long-term plan for the winged B brand.

Sure enough, the Mulsanne Turbo would appear in 1982, at a stroke reviving the appeal of the Bentley brand which within the decade would be outselling its Rolls-Royce siblings. 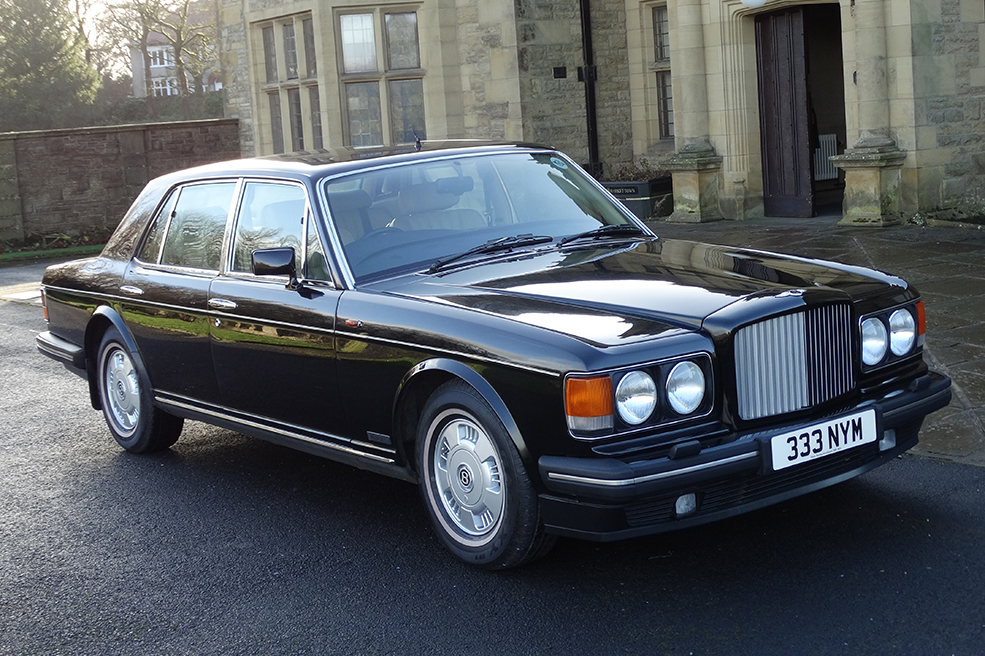 The renewed appeal of the Bentley brand in turn created an opportunity to attract younger buyers to the brand and in 1984, the Bentley Eight was revealed. Using the non-turbo V8, this featured mesh grille and a slightly less fussy interior – lacking the ‘companion’ mirrors in the rear quarters and using straight-grained walnut for the dashboard which featured analogue rather than digital gauges.

Mechanically the car was identical to the regular non-turbo Mulsanne but sat on stiffer suspension. Fuel injection was added in 1986 and in 1987, the Eight was joined by the Mulsanne S, effectively a Turbo R without the turbo and in September 1988 the rectangular headlamps were replaced by dual round units. In 1992 both models were replaced by the new Bentley Brooklands.

Debuted at the Birmingham motor show in 1992, the Brooklands offered a colour-coded radiator shell, front spoiler and aerodynamic flat-faced alloy wheels as well as the newly developed ABS. The Turbo R’s sports seats could be optioned for the inside, while the Brooklands also featured a conventional centre-mounted shift lever for the new four-speed gearbox instead of the previous column selector and three-speed box.

Announced in August 1993, the 1994 model year cars enjoyed a performance boost to 250bhp, providing a top speed of 134mph and cutting the 60mph sprint to 9.3 seconds. In 1996 a 300bhp light-pressure turbo engine was fitted and in the final year of production, a Brooklands R was offered which added the Turbo R’s suspension and 17-inch wheels as well as the light-pressure turbo engine.

The Brooklands would remain in production until 1998, when it was replaced by the Arnage, by which point 1734 of the Bentley Eight, 966 Mulsanne S, 1619 Brooklands and 100 of the Brooklands R had been produced. 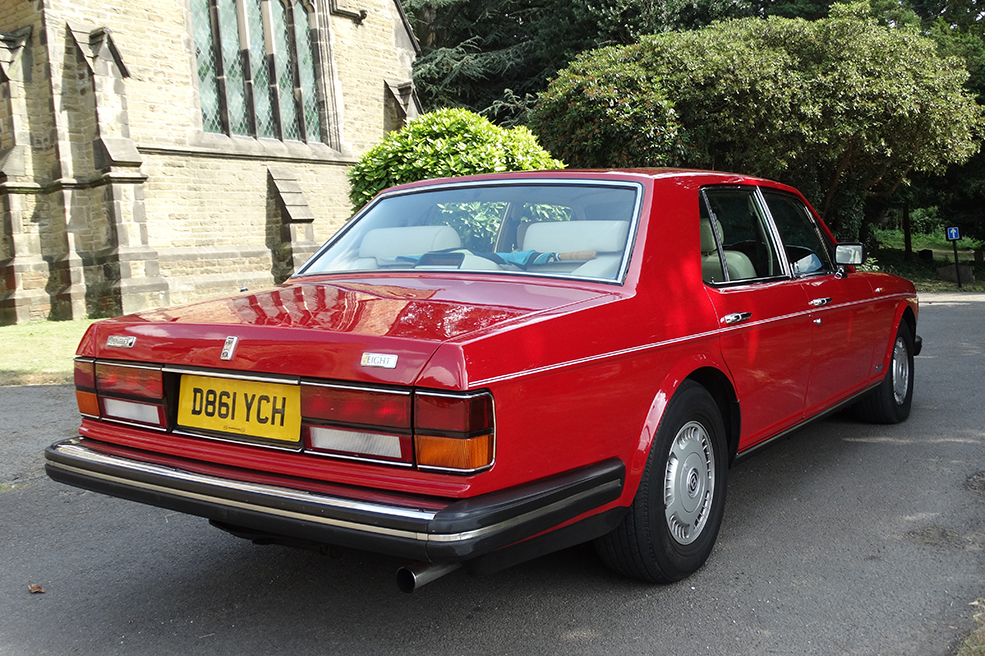 The body is a conventional pressed steel monocoque but uses alloy panels for the door skins, boot and bonnet in a largely futile attempt at weight saving – the car still weighs in at 2.5 tonnes.

The alloy panels can suffer from reactive corrosion, with unsightly bubbling up at panel edges. One common issue is the paint flaking off the bootlid in the number plate area, which can simply be hidden with an oversize number plate.

As for the steel parts of the body, it can rust in all the usual places, the most obvious signs being crusty rear arches and sills and ominous bubbling under the rear screen. This can be a costly fix, since the glass will inevitably need to be removed for welding access. If the rubber stonechip guards are missing from the rear arches, ask why: some owners remove them when they perish as they can be unsightly, but it’s also possible they’ve been removed to allow sills and arches to be welded.

Elsewhere, one thing which can let these cars down is wonky bumper corners which are a common issue. Not only are these large cars often caught on garage doors by their owners, but the bumper corners suffer an inbuilt design fault: the rubber is moulded around a mild steel insert which over time rusts, swells up and simply breaks away. Rolls-Royce and Bentley parts specialists have had the part remanufactured using a stainless steel insert which neatly gets round the issue and will last far longer. They’re not cheap though, since low production volumes mean you’re looking at around £300 a corner.

The long-serving 6.75-litre pushrod V8 is very much a known quantity and should spring no surprises. It’s an under-stressed unit and is lazy in operation, majoring on torque rather than high revs.

Carb-fed cars use twin SU’s and can suffer with tricky hot starting, but the Bosch-injected engines from 1987 onwards are much better in this respect and should be easy to live with. Clattery top ends can be down to worn tappets but by and large any significant problems should be obvious.

The high-pressure hydraulics powering both braking and suspension are operated from an engine-driven pump and specialist test gear is required to check the operating and residual pressure.

The ignition system on Bosch-injected cars is essentially two separate systems with two distributors, one driving the other via a rubber belt. If it breaks, you’ll be running on only four cylinders and will be lucky to limp off the motorway, so you want to see evidence of when it was last changed. 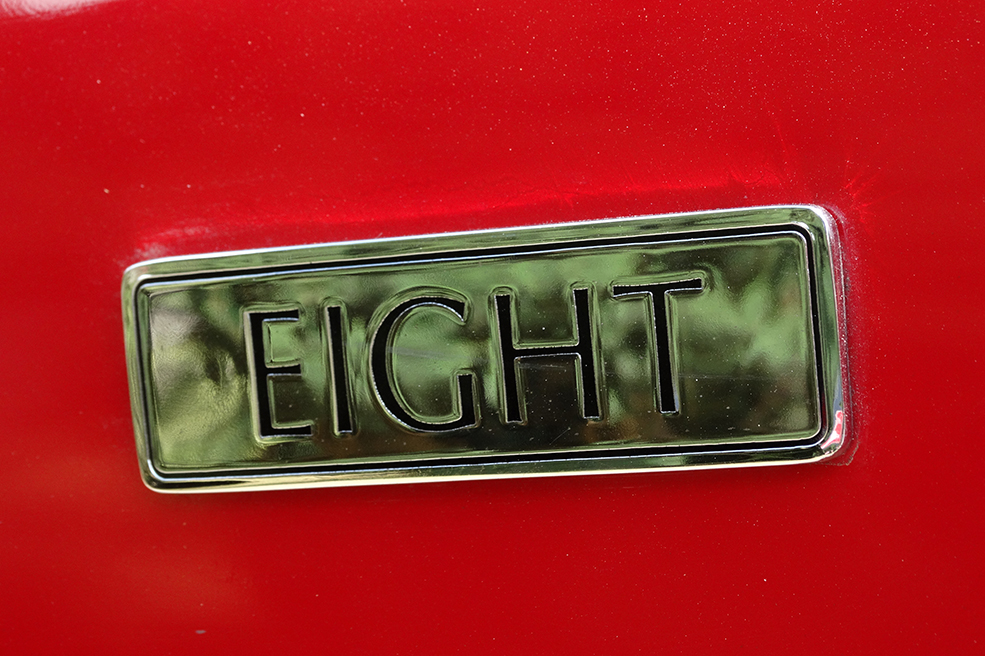 Mulsannes all used the three-speed GM Hydramatic transmission and it’s a largely bulletproof unit, to the point where you’d be unlucky indeed to come across a failed unit. Everything’s possible though, so check that it engages drive smartly and doesn’t slip between gears. Remember that checking the fluid involves removing the wiper relay first to avoid the danger of getting hands caught up in the linkage while accessing the gearbox dipstick.

It’s a fully powered system operated by the high-pressure hydraulics and uses two calipers on each front wheel. With the engine off, it should be possible to pump the brakes several times before the system runs out of pressure and if not, then suspect a fault with a pressure sphere.

The parking brake gets little use and as a result the linkage can tend to seize up. Regular use and sensible greasing is the answer.

On cars with ABS the warning light should come on with the ignition and go out with the engine running. If the warning light comes on while driving then a special Bosch diagnostic tester is required, but you can also check the wiring to the sensor for chafing – it’s a common issue at the front. New sensors are costly but Flying Spares can provide used replacements at under £100 and they’re easy to fit… if the existing sensor hasn’t corroded into the hub. In which case be prepared for a struggle. 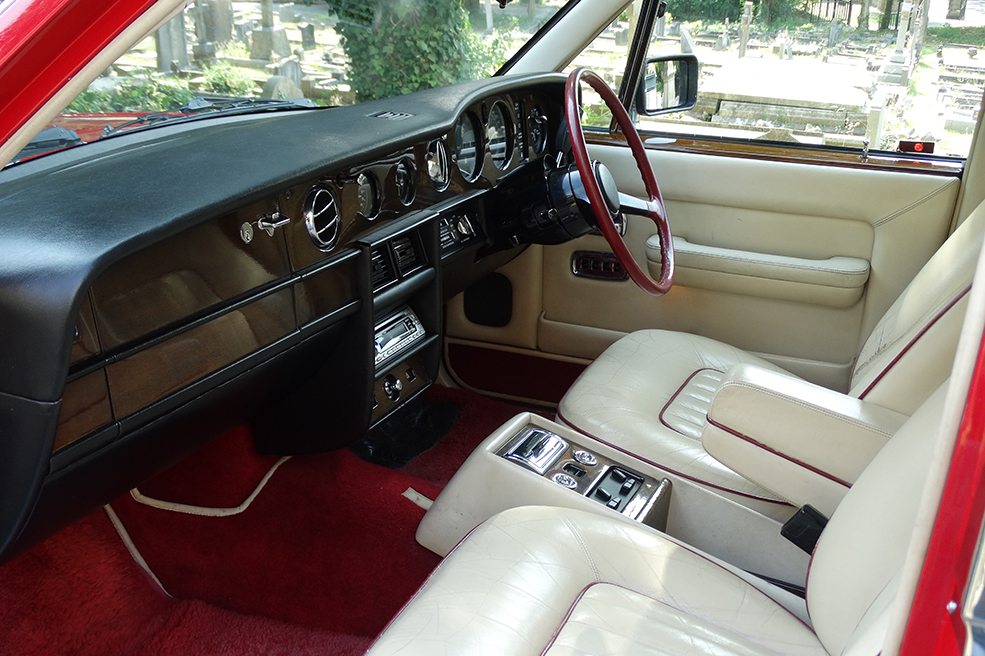 There’s a lot of it and given the low-volume nature of the non-turbo models, specific trim details can sometimes be tricky to source used, but most parts can be had from the likes of Flying Spares at reasonable cost. Given enough patience and a little DIY ability, it’s a realistic proposition to transform a tired interior on a sensible budget. If the leather is faded or discoloured, it can be transformed by using a colourant kit from Furniture Clinic which can be colour matched perfectly to a sample snipped from under a seat.

Check the air conditioning blows cold, since the system will blow hot air out permanently otherwise.

If electric windows are slow, the door cards are simple to remove and the chains – yes, chains – which operate the windows can generally be lubricated to good effect. Another cause of inoperative windows is the bush coming adrift from the motor but replacements are available. If the windows operate but are slow to move, the nylon bushing at the bottom may have seized up but again, it can be replaced.

If the stereo sounds distorted, you’ll probably find the foam from all four speaker cones has rotted away. They’re not very good speakers anyway, so modern replacements are an easy solution. And if you want to fit a modern audio system then cars with the boot-mounted Blaupunkt amplifier will need an adapter cable making up if you don’t want to run new speaker wires up to the console.

If the dashboard warning light cluster (‘DIP’) has lost the gear selector indicator and the trip distance reading then a reconditioned panel is the solution. Likewise the electric seat modules, which tend to fail when the internal batteries powering the memory function leak on to the circuit board.

Flat batteries can be avoided by using the isolator control on the right-hand side of the boot, which should in theory turn off all electrical power. 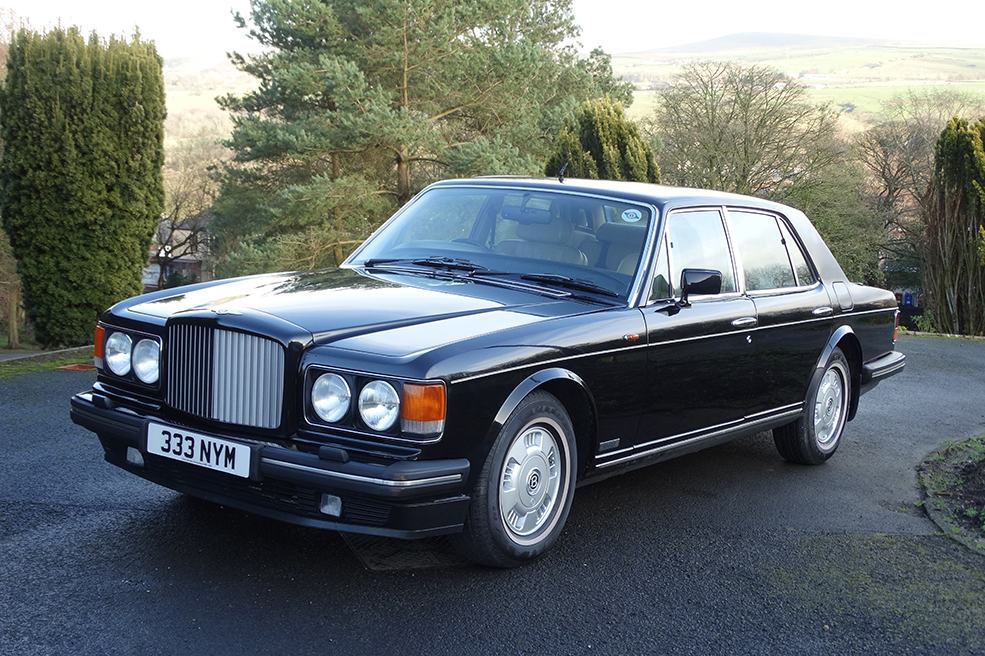 The pre-1990 Mulsanne S and Bentley Eight on 15inch rims have a real advantage in that there’s plenty of choice in the 235/70 size. Options range from BF Goodrich at as little as £150 a corner, which is less than half the cost of the Turbo R rubber.

Later cars on the 16-inch rims use 235/65 rubber which comes more costly: the Avon CR27 is your sole choice and you’re looking at over £350 a corner including VAT.

Make sure the car comes with the keys for the wheel centre caps and be aware that missing rubber seals around the centre caps can cause a terrible rattling.

Oh and take a look at the tyres as a measure of how clued-up an owner is, since the Avons have a ‘kerbing’ bead moulded into one sidewall and can easily be fitted backwards by a general fast-fit tyre dealer. Although they’re not directional tyres, you do want all four to look the same.

Don’t overlook the difference the correct rubber makes on these cars. They feel terrible on cheap old 4×4 tyres and the road noise will spoil the Bentley experience. 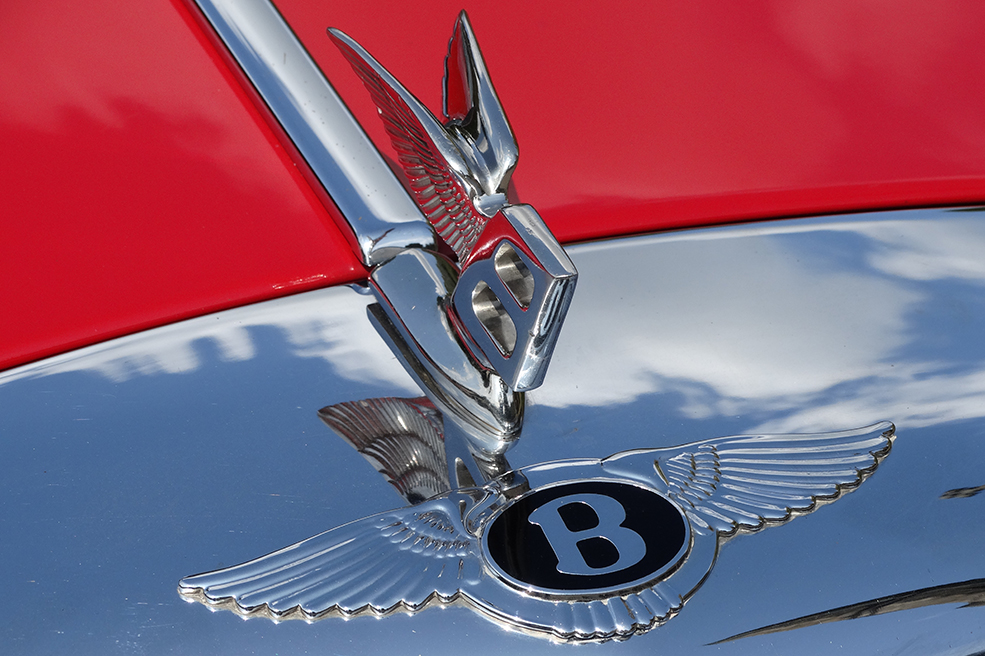 Bentley Eight and Brooklands: our verdict

With the non-turbo Mulsanne models having often enjoyed a much more sedate life than the Turbo R, the Brooklands and Eight can be a great way to source a car without the costly maintenance issues the harder-driven Turbo can present and they’re not exactly slow, either.

If you like the idea of a left-field, hand-build luxury car and have the requisite budget to maintain such a beast, the Bentley Eight and Brooklands should be high on your list.