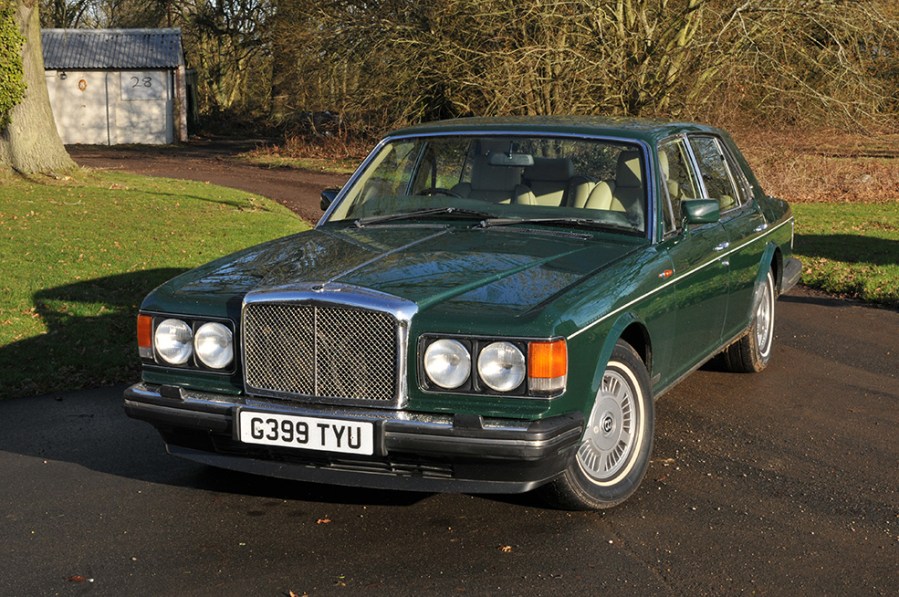 When it comes to the Spirit/Mulsanne generation of cars it seems that we’re always writing about the Turbo R and its derivatives. While it’s true that these unlikely performance cars do offer a unique appeal in their combination of bulk and performance, the ‘cooking’ models are often unfairly overlooked.

As with so many other classics, the rush to the turbocharged models means that the naturally-aspirated cars can often offer much better value. And how many Turbo R owners, one eye chameleon-like pinned nervously on the plummeting fuel gauge, do really take advantage of the extra performance on a regular basis?

Going for a non-turbo model doesn’t mean settling for a shabby old vinyl-roofed Spirit sagging on its failed hydraulics and clinging to an MoT either and this Bentley Eight is a case in point.

The Eight was introduced in July 1984 and was Rolls-Royce’s idea of an entry-level model, retailing at £49,497 against the £58,037 ticket of the Rolls-Royce Silver Spirit but sporting the mesh grille which would much later be applied across the range. On the inside, the trim was considered to be less lounge-like and more sporting, with analogue centre dials in place of the Spirit/Mulsanne’s digital displays and regular carpets instead of the lambswool rugs. Under the bonnet the Eight ran the same 6.75-litre V8 as the rest of the range while it also sat on firmer suspension than the Spirit or Mulsanne, with the front end especially uprated.

Being a 1990 model, this example features the four round lamps which were added to the Bentley range from 1989 and also runs the fuel injection which was standardised in 1987.

Ben Mather comments that he originally bought this as a car for his own use and looking at the Bentley in the crisp winter sunshine, it’s easy to see why. In the British Racing Green on chunky alloys it looks the part and as he comments, they’re just such a great way to travel.
Since acquiring it, Ben’s treated the Eight to a proper session with a local detailing specialist who has buffed out all the car wash swirl marks and similar, the result being that it now looks great.

The traditionally trimmed interior of these cars swallowed up a big chunk of the purchase price but one welcome side effect of this is that high-quality materials were employed and I don’t remember sampling many of these cars with shabby cabins. This one is no exception, with the Ivory leather still looking clean and taut as you’d expect with just over 80,000 miles on the clock. 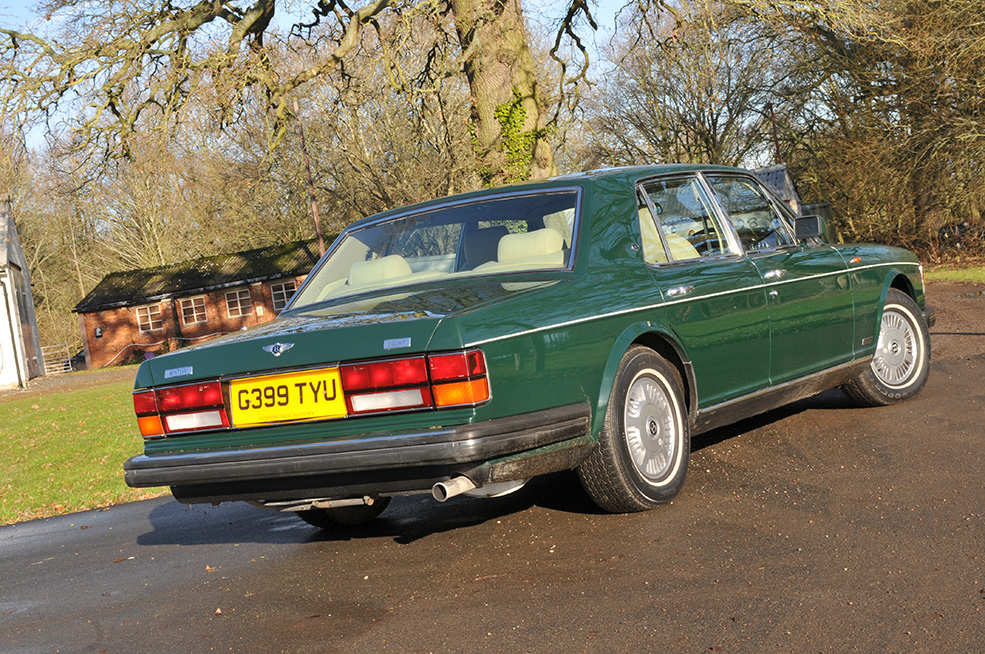 ON THE ROAD
You don’t so much climb up or sink down into these cars as kind of slide into them and the interior of the Eight is a splendid place to be. In truth, the slightly less lavish interior isn’t as fussy as the Rolls-Royce models but remains a model of elegance and the more modern steering wheel in this 1989 car is much nicer to hold than the spindly thin-rimmed item found on the older cars.

Bosch’s K-Jetronic injection means the ‘six and three-quarters’ V8 fires easily and pulls smoothly from cold. In normally-aspirated form it’s good for around 220 bhp, backed up with some 325 lbf.ft of torque, this being the period when Rolls-Royce was notoriously coy about power outputs, choosing famously to list it merely as ‘adequate’. That maximum torque is turned out at just 1450rpm, which makes the two-tonne beast feel surprisingly sprightly, especially at lower speeds where the difference between the Eight and the Turbo is less noticeable.

The end result is a car which feels effortless and muscular, both in traffic and on the open road, with motorway cruising seeing it in its element. As Ben points out, for a run up to London from his Cotswolds base, it’s a superb tool. 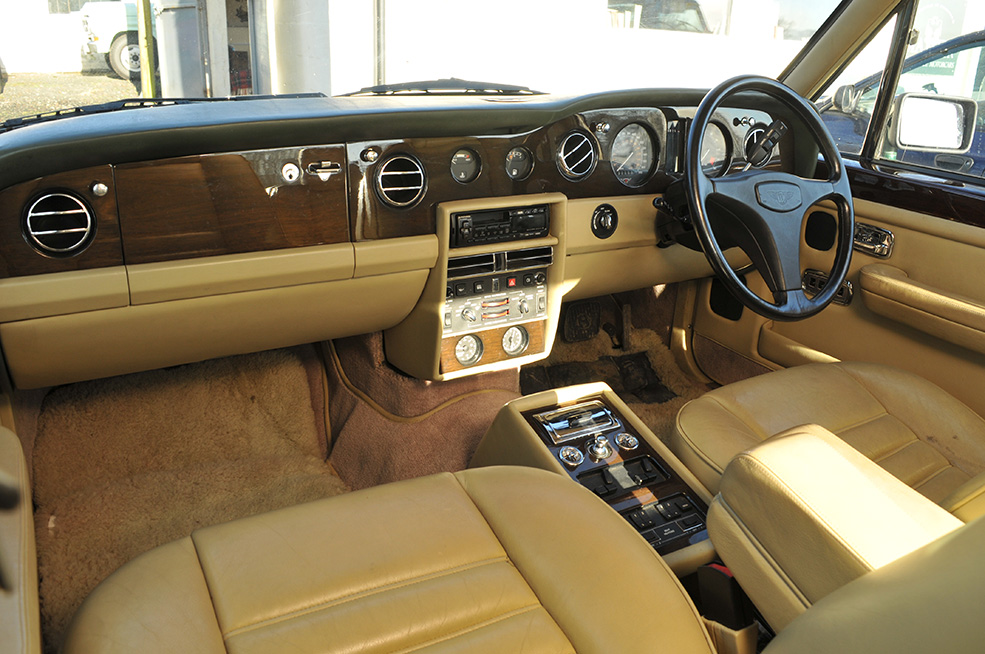 VERDICT
Just over 1700 Eights were sold between 1984 and 1992, putting it just ahead of the later Brooklands but well behind the Turbo R and making it something of a rarity, all of which adds to its appeal. This one is a really nice example for the price of a decent MGB and can’t fail to appreciate as time passes. Rolls and Bentley specialists will also point out that the cars of this era are the ideal ones for the DIY-minded owner, offering the convenience benefits of the fuel injection but without the complexity and cost of the later electronic suspension. 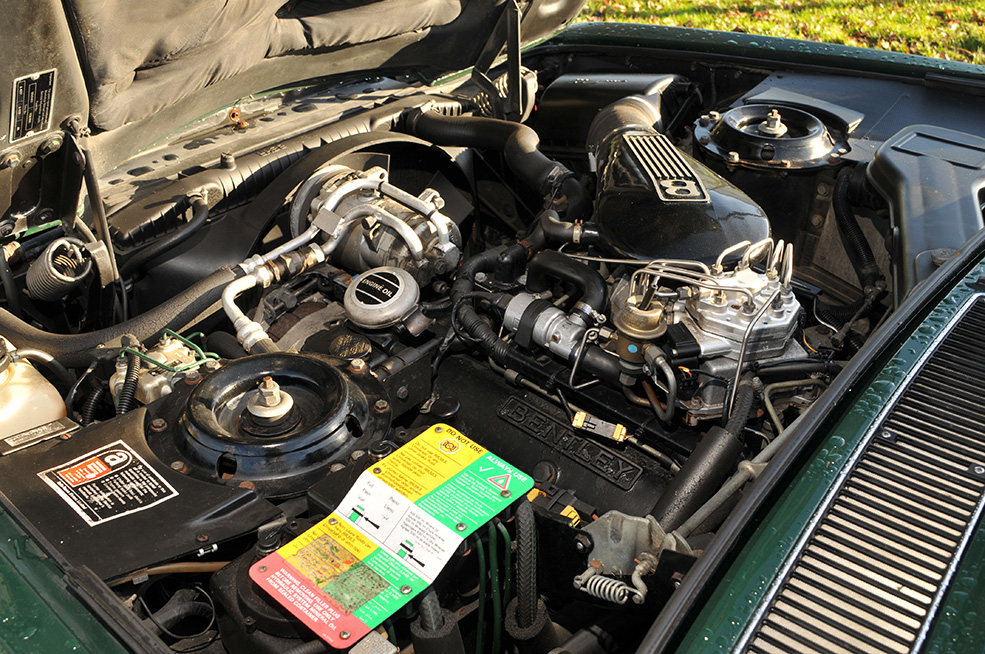