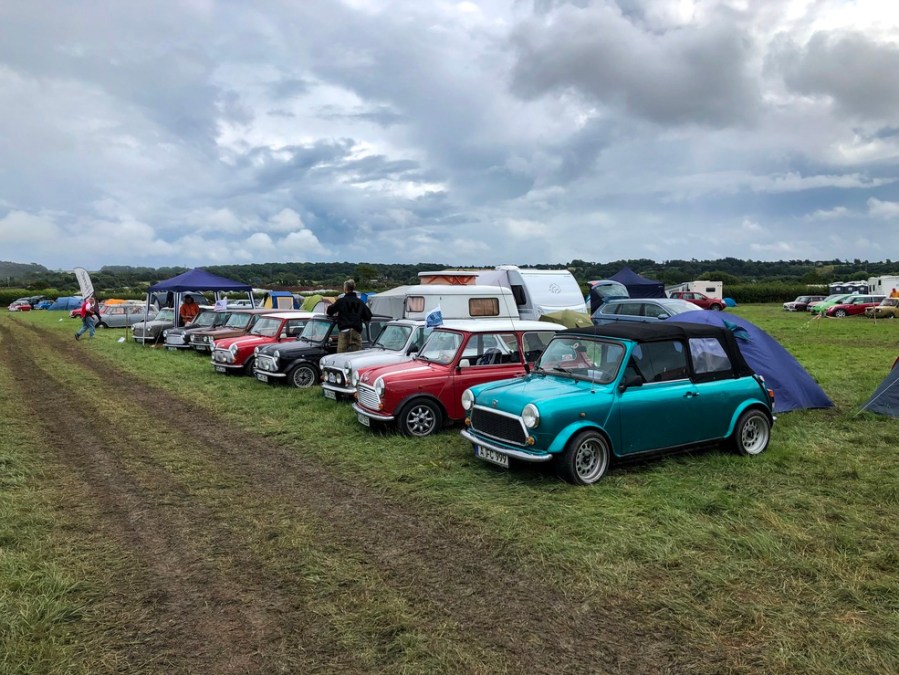 Bristol played host to the biggest International Mini Meeting ever as the 2019 show takes on new heights. Here’s our highlights from the IMM 2019 show.

The Mini’s 60th birthday has rightfully been commemorated with a whole host of celebratory events, but for enthusiasts from all over the world, this was the big one. Every five years, the nomadic International Mini Meeting comes to England, with team Bristol taking over hosting duties for the Mini’s diamond anniversary year.

Interest was at fever pitch for this one, with representatives from a record 50 countries in attendance. People had even shipped their cars from as far afield as Chile, Hong Kong and New Zealand to be a part of it, with others covering mammoth distances by road. In all, almost 7500 weekend visitors passed through the gates at Washingpool Farm in Easter Compton, making it the biggest IMM in the event’s 41-year history. And that’s without the 1300 people who joined the party for a special Mini 60 celebration on the Sunday! 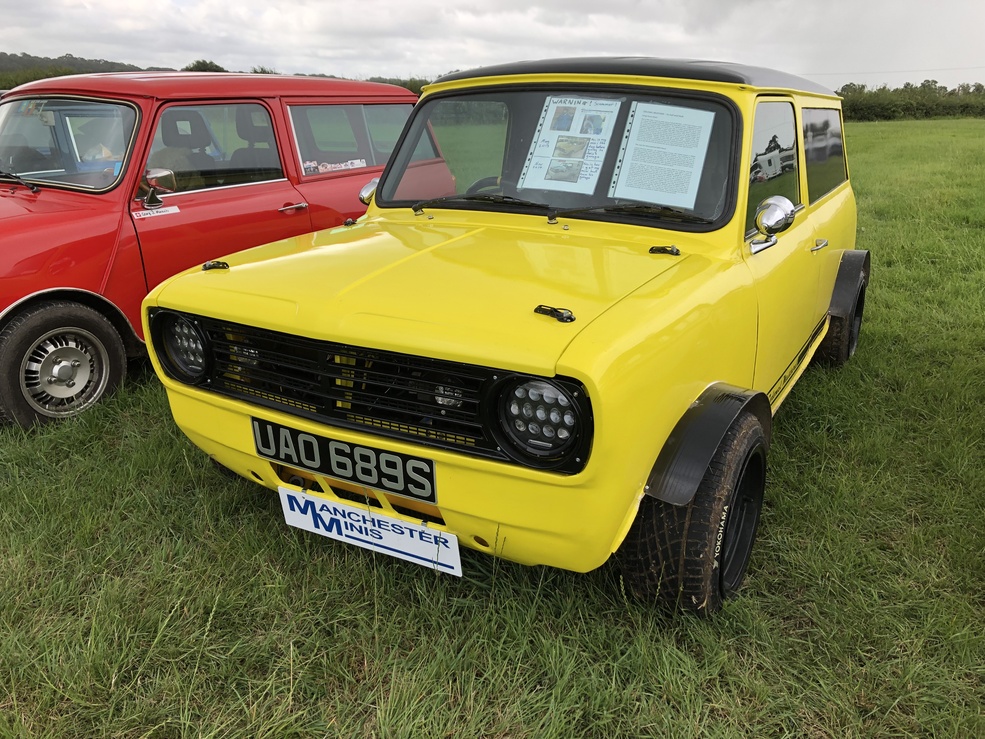 Frustratingly however, the busiest IMM in history also proved to be one of the wettest and windiest. The weather had already claimed the Boardmasters festival and the Bristol Balloon Fiesta, but Team Bristol diligently pressed on. It was thrown curveball after curveball, mostly by the conditions and need to keep visitors safe in the face of 50mph gusts, but also by issues involving the landowners.

In such challenging circumstances, the event was a triumph. A massive trade area contained brilliant displays by Somerford Mini and British Motor Heritage, while Mini Sport’s hugely impressive stand featured a whole host of Works rally Minis and a reunion of big names from the BMC Competitions Department – Paddy Hopkirk, Bill Price and Stuart Turner included. The anniversary of The Italian Job was marked too, with a great line-up of replica vehicles from the film including the Alfa police car, the coach, the bullion van and the Dormobile.

Over on the vast Mini Spares stand, a live raffle Mini build drew a huge crowd. Starting from a painted shell and huge boxes of bits, a team of volunteers completely rebuilt the 1965 Mk1 into a fast-road beauty, starting it up for the first time on the Sunday afternoon. The lucky winner was Lee Hackett, who had to go for a drink when he found out the good news… 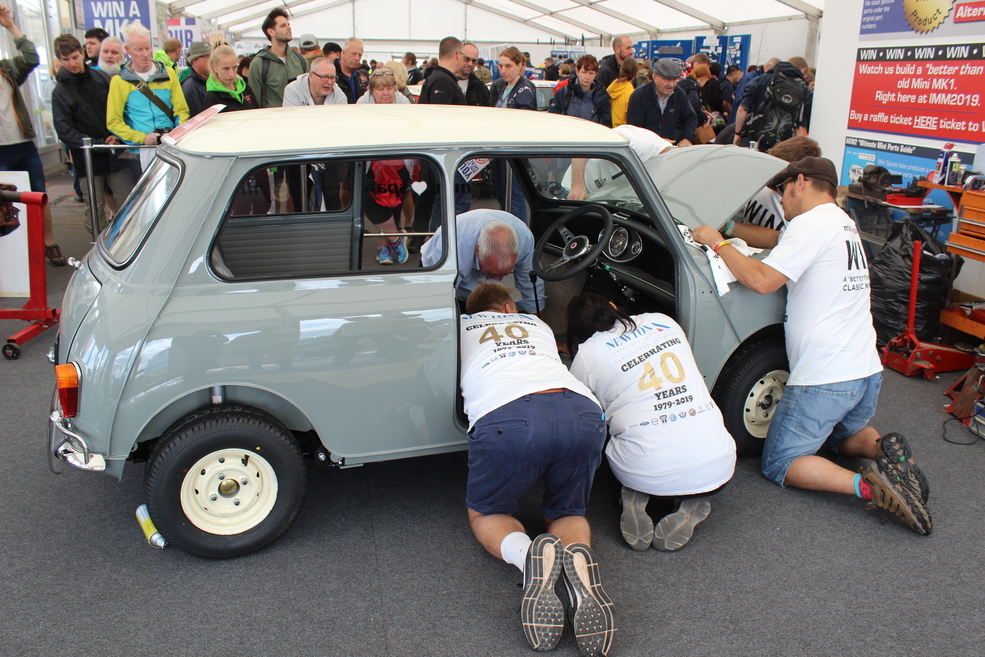 Elsewhere, seven campsite fields were packed with over 250 clubs, plus several Minis with unusual engine transplants and a full EV conversion from Germany. A massive display of Mini Clubmans was also gathered on the Sunday to mark 50 years of Roy Haynes-designed derivative, while a busy show and shine took place alongside.

The venue’s three large barns were hives of activity. One hosted the ever-popular rocker cover racing, plentiful kids’ activities and much more, while the fantastic ‘graffiti barn’ was completely transformed over the weekend by talented artists (as was a Mini Sprite). A Mr Bean impersonator proved to be hugely popular too, accompanied by one of the genuine Minis used in the TV series.

The main barn was the place to be in the evenings though, with a brilliant live stage hosting various bands over all four nights, plus the opening and closing ceremonies. Saturday night also saw revellers don ‘80s-themed fancy dress, with plenty of, ahem, interesting costumes in evidence. 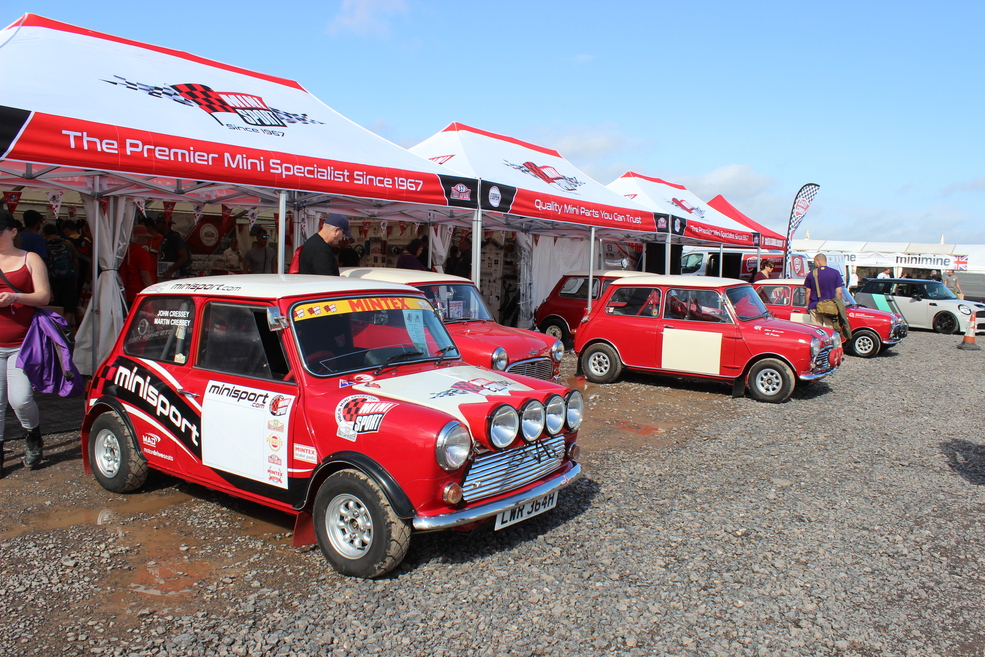 The Sunday night saw Team Bristol Hand the famous IMM key to Mini IG Bamberg, which will host next year’s event in Bavaria. In the meantime, Team  Bristol and its selfless band of volunteers can reflect on a job well done against all the odds. It’s one IMM we certainly won’t forget!