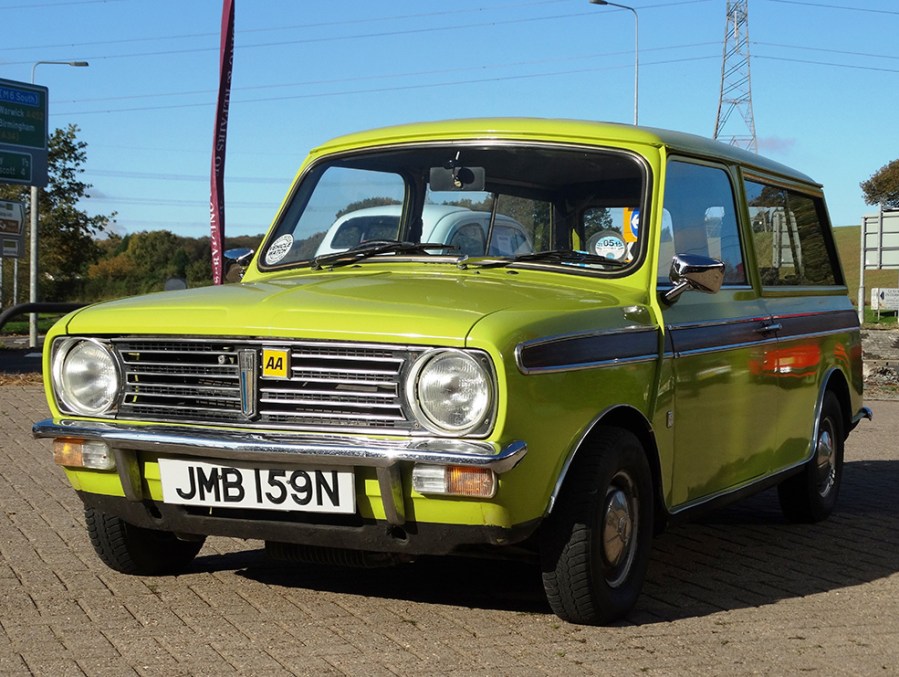 After jumping ship from Ford in 1967, one of designer Roy Haynes’ first tasks at the British Motor Corporation was to create a new flagship model for the Mini range in order to keep it fresh for the following decade. By the time this crucial update was ready for launch two years later, however, BMC had morphed into British Leyland – and the new square-fronted Mini Clubman was one of its first big announcements.

The Mini was now seen as a marque in its own right rather than having separate Austin and Morris versions. The role of the Clubman was effectively to replace the Riley Elf and Wolseley Hornet as the ‘luxury’ Mini of the range, while the new Clubman Estate meant an end to the old Countryman and Traveller models.

Featuring the same extended wheelbase as the old-style estates (the extra length being behind the back seats for decent luggage capacity), the Clubman Estate was the longest of all the Minis thanks to its extended nose. Behind the wheel though, it was a Mini through and through, boasting similarly impressive handling and roadholding for real fun appeal.

Power for both versions of the Clubman was supplied by a 998cc version of the venerable A-series engine, until 1975 when it was swapped for the 1098cc lump. The Clubman Estate we’re trying here dates from that very year, but was built prior to the engine upgrade – and therefore comes with the 40bhp smaller-capacity unit. I’m mentioning that first, because this is one of the smoothest-sounding A-series engines I’ve heard in a very long time, as well as one of the best-performing in 998cc guise. The indicated mileage of 55,000 is apparently correct, and certainly tallies with the car’s online MoT history – which shows just 3400 miles being covered in the last twelve years.

Out on the road the Clubman behaves well, with eager-feeling acceleration through the gears. The engine sounds just as sweet when worked hard, while the four-speed manual gearbox still feels slick and precise (by Mini standards). The stopping ability of this particular car is equally impressive thanks to its previous owner having had a brake servo fitted about three years ago, which means a lot less effort when braking hard. Other upgrades carried out include halogen headlamps and a period-looking bonnet lock behind the grille. 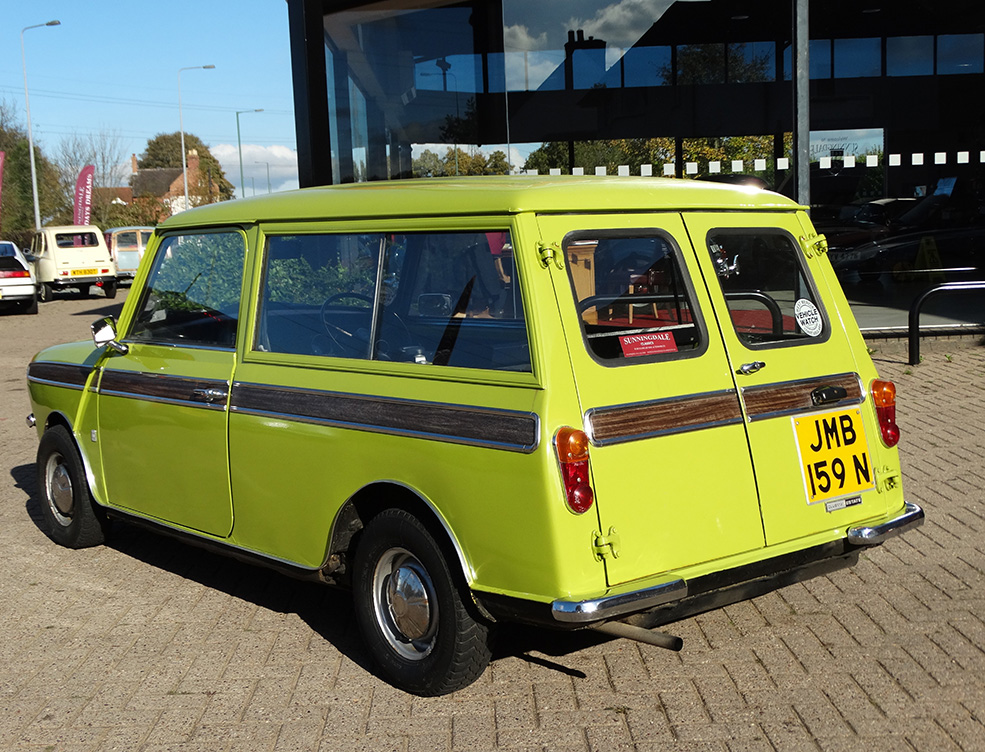 Nimble handling has always been a Mini trait, and this one’s no exception; on the winding roads around the selling dealer’s showroom, the car behaved perfectly and with confidence. But it’s the sheer usefulness of a Clubman Estate that impresses just as much, with the genuine four-seater accommodation being complemented by a large and useful load area. This example pre-dates the adoption of velour upholstery for Clubman, hence the all-plastic seating that’s in very good condition – with only a small area of wear to the driver’s side bolster.

The external appearance of this surviving Clubman is decent, with the car having been treated to a respray around fifteen years ago. The paintwork has lasted well, the chromework is excellent (including both bumpers) and even the original fake-wood side trim is still in good order. We suspect that the car’s last long-term owner was a fan of underseal, however, as not only is the underside of the car treated, but it’s also been applied to the front valance, the bottom of each rear quarter panel and the rear crossmember; it doesn’t appear to be hiding anything sinister (it hasn’t been recently applied) but anyone keen on originality might want to remove some of it. Similarly, anyone who’s a fan of engine bay detailing might want to put some time and effort into the underbonnet area, although it’s tidy enough for a regular-use classic.

So how do you value a Clubman like this? The Midlands-based classic car specialist selling it has an asking price of £9995, which might put it beyond some enthusiasts’ budgets. But with early-spec Clubman Estates now a fairly rare sight, there will no doubt be a Mini enthusiast out there willing to part with that kind of a sum. 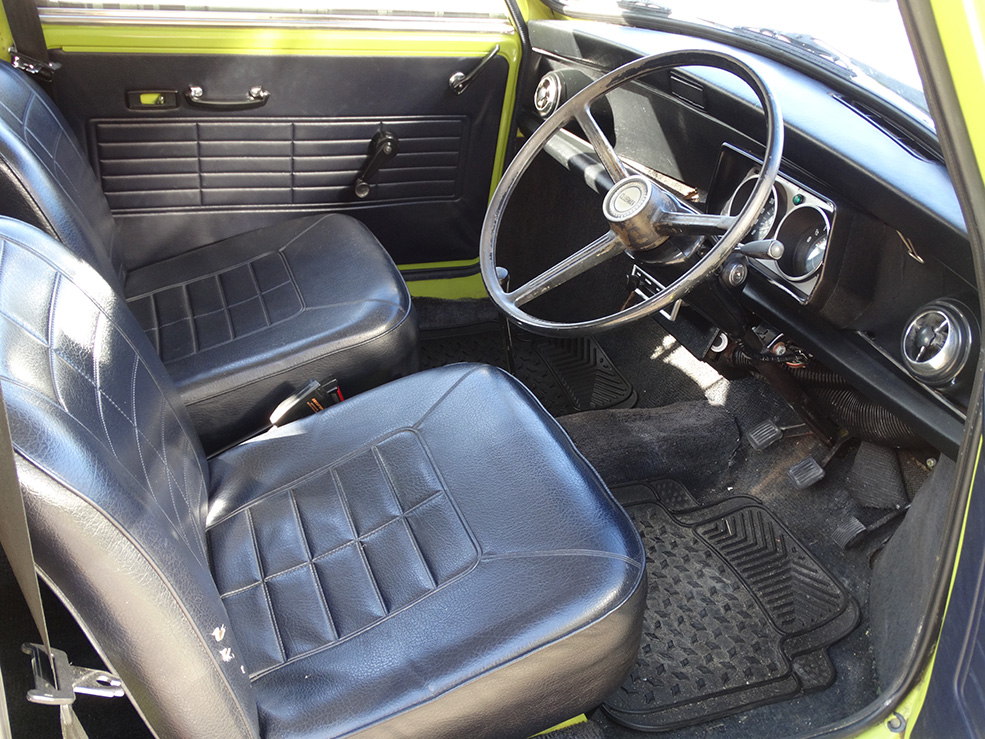 VERDICT
This early-type Clubman (before the upgrade to 1098cc) is well-presented and appears to be very solid throughout. It’s had plenty of care and attention lavished on it over the years, and is now ready to be driven away and enjoyed by its next owner. As one of the more useful – and increasingly rare – members of the classic Mini family, it’s worth checking out if you’re after a miniature holdall. 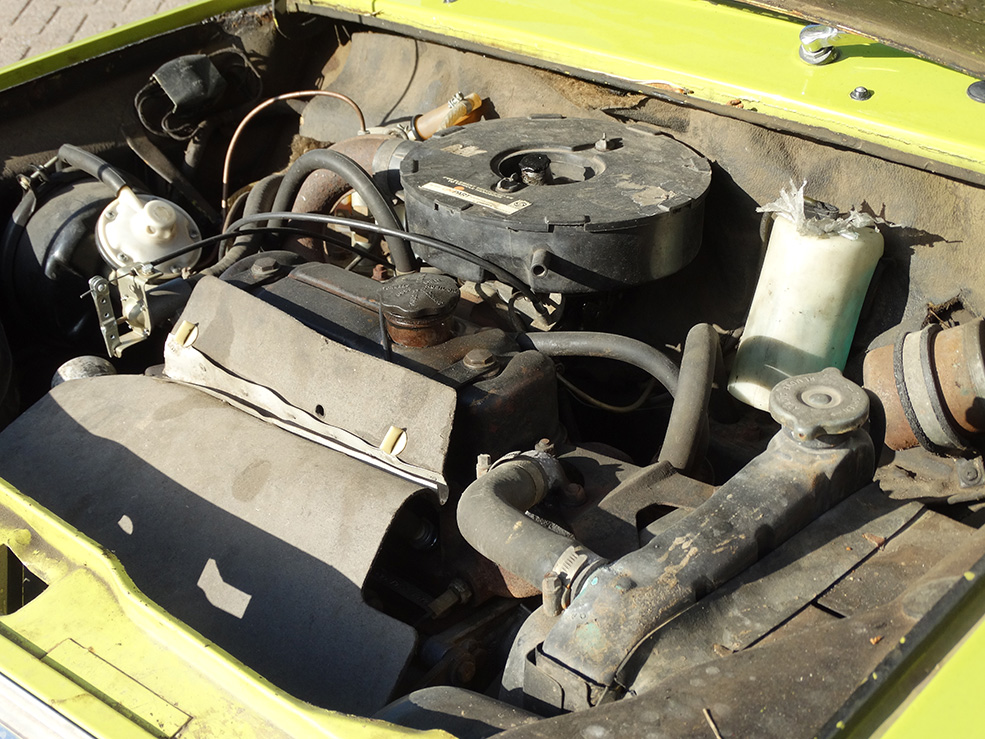