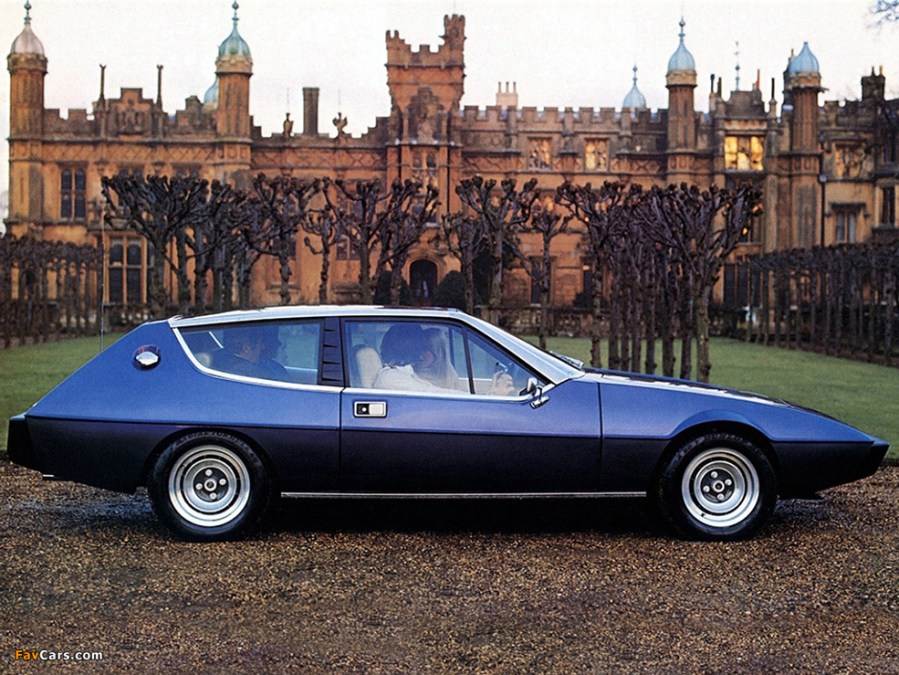 The pool of four figure Lotuses is fast shrinking. Enamoured by their handling and style, the market is embracing the Elite, Excel, M100 Elan and Elise like never before. Get in before it’s too late!

TYPE 75/TYPE 83 ELITE (1974-1982)
The car which revived the Elite nameplate in 1974 was innovative not for the technology which produced its body (its Fifties forebear was the second fibreglass monocoque sports car after the Berkeley SA322) but for the ambitions of its maker; the Type 75 was the first car to move Lotus upmarket. It was all change at Hethel: the kit-car Seven S4 had not long gone out of production, and the mid-engined Esprit was two years away.

Larger, heavier and softer than previous Lotuses, its new Elite (and booted Eclat) moved the firm into GT territory, appealing to customers who found the Europa too raw, and the Elan +2 cramped.
Specialists have now cured many of the ills which stranded Elites in period; both the Type 75 Mk1 and Type 83 Mk2 Elite can be trustworthy classics capable of holding their own against modern cars with a degree of long distance comfort.

Long regarded as the most affordable Lotus, asking prices for good cars are edging upwards; the most troublesome and borderline cars have been broken for spares or scrap by now. Having watched 138 Elites sell between September 2014 and January 2018, price aggregator The Market reckons on between £950 and £20,000 to take one home; between rough project cars and concours examples, good cars are around the £11k mark. 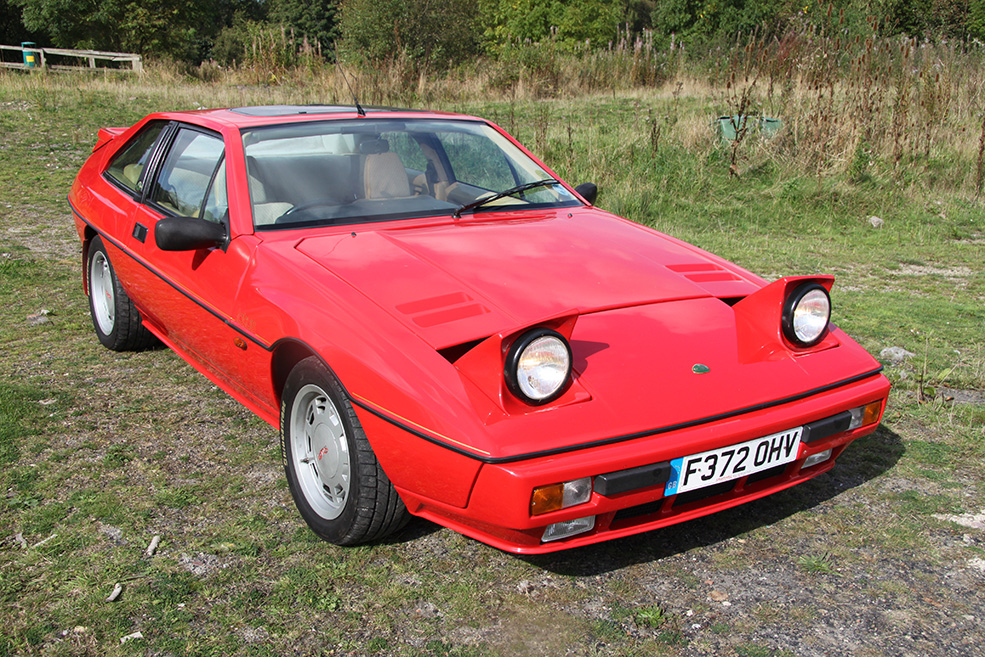 TYPE 89 EXCEL (1982-1992)
A heavily modernised Type 84 Eclat, the Excel was sold as an Eclat Excel early in its life. Modifications to the chassis and bodywork made it more durable; Toyota componentry (such as the Supra’s ‘W58’ five-speed gearbox) improved its mechanical longevity.
Facelifts came in 1985, 1986 and 1989, with 40 special edition ‘Hethel 25th anniversary’ Excels built in 1991. Usable Excels remain solidly affordable, with excellent club and parts support.

Having followed 387 Excel sales between September 2014 and January 2017, The Market posted a price range between £7450 and £25,000. That the best Excels are pulling away from concours Elites says something about their desirability; they won’t stay at this price forever. 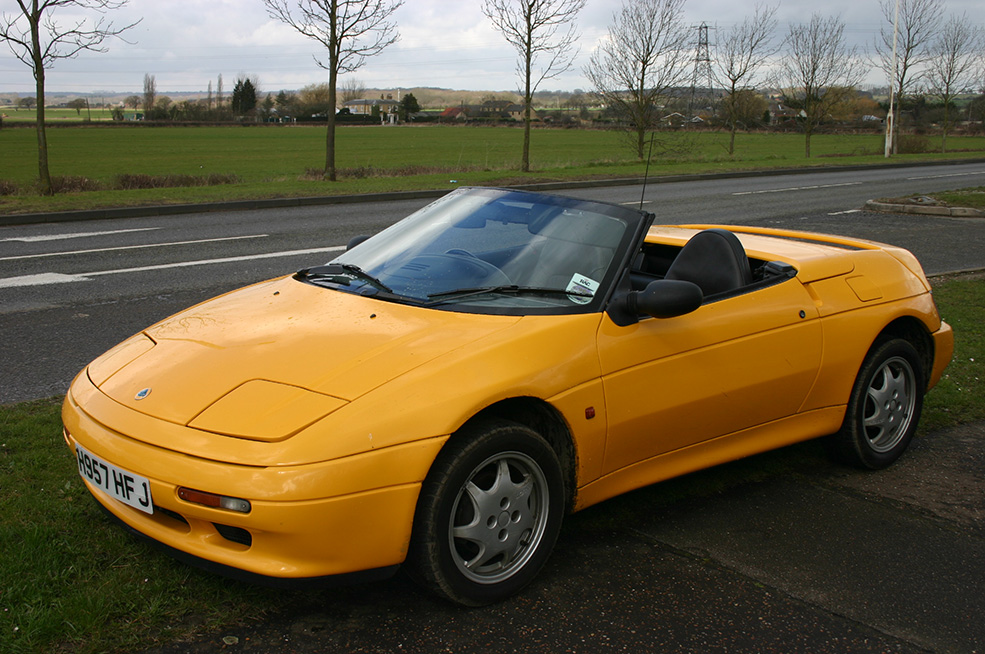 M100 ELAN (1989-1992; 1994-1995)
Lotus decided to get radical when bringing back the Elan nameplate. Having rejected an earlier rear-wheel drive design known as the X90/X100, Hethel bucked the trend and made its entry-level sports car pull rather than push, with a 1.6-litre Isuzu turbo engine providing the motive power; a naturally aspirated variant arrived later.

Series I cars lasted from 1989 to 1992: despite favourable reviews, the M100 launched contemporaneously with Mazda’s cheaper, simpler and rear-wheel drive MX-5.

The Series II appeared in 1994, revived by new owner Romano Artioli who decided to use up the existing stock of engines.
As the M100 was wound down in favour of the Elise, the M100 took on a new life in Korea, sold by Kia, which bought the rights to the design, extending its showroom life another four years. One such car appeared in our classifieds recently, priced at around £8000.
Prices for Lotus M100 Elans are similar; having watched 781 cars sell between September 2014 and January 2014, The Market values Series I and II M100s at between £7500 and £9995

Due to its unusual configuration (by sports car standards), the M100 may well become the new entry level Lotus, left behind as the Elite/Eclat and Excel appreciate. 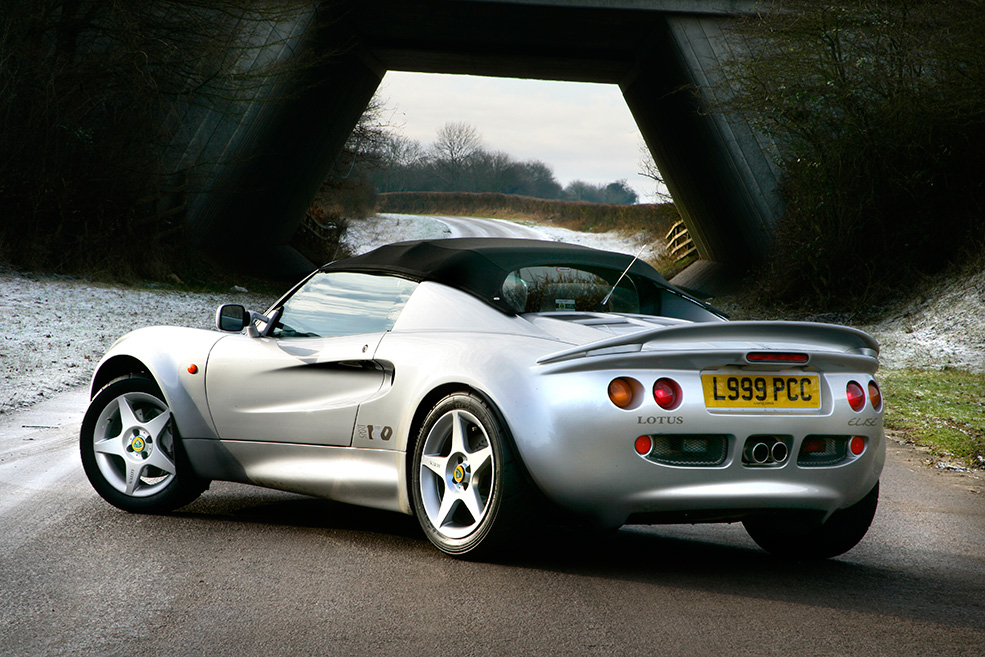 TYPE 111 ELISE SERIES 1 (1996-2001)
Third time lucky? After struggling through successive suitors (BCA and Bugatti), Lotus’ comeback car for the late Nineties went back to basics, evoking the Seven and Europa as it went.

Basic cars have gained steadily in value since their release – asking prices from owners, clubs and dealers have increased by 23 per cent year on year according to The Market’s data. Having watched 1425 Elises sell between September 2014 and January 2018, the figures value the S1 at between £14,950 and £21,995. Special editions like the Type 111, VHPD (Very High Performance Derivative) cars and 340R will retail for as much as twice again to the right buyer.