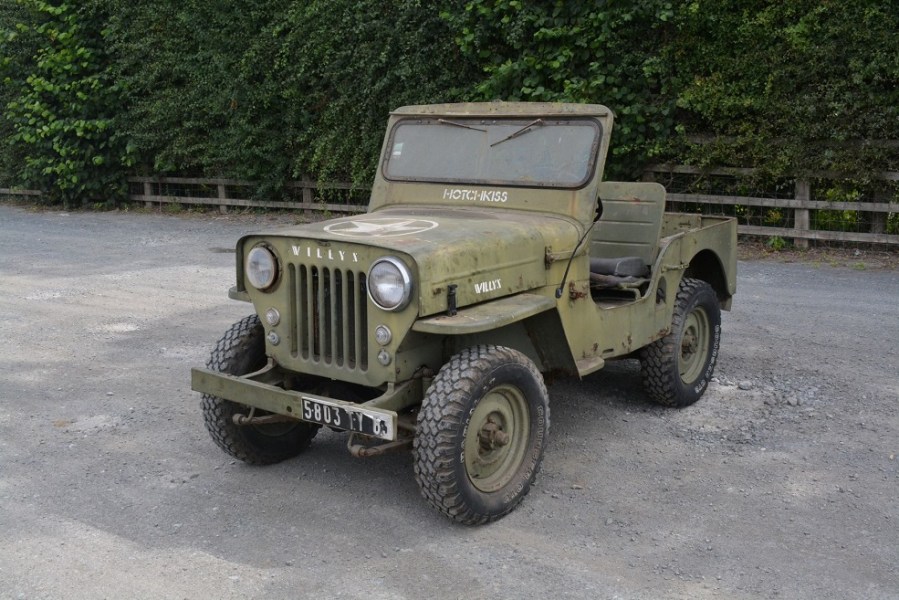 We take a look through a selection of sales from the recent Brightwells August 2020 sale, with the outfit moving its regular classic auctions to a timed online format.

Brightwells’s response to the Covid-19 pandemic has been to switch its classic auctions to a timed online format, with the third sale of its kind taking place over four days from August 10-13. There were over 100 entries for the sale, ranging from a particularly strong quota of pre-war cars through to big-power coupes from the last 20 years.

Elsewhere, a couple of Willys Jeeps built under licence by Hotchkiss and Mitsubishi both found new homes, as did a pair of contemporary Series 1 Land Rovers. It was a good sale for British open top sportscars too, with a wide selection of post-war MGs and a quintet of Triumphs headed up by 1958 TR3A, which sold for £27,440. There were also a pair of Sunbeam Alpines – one a rare Harrington Coupe version – which both found buyers.

The 1970s were well represented by a concours Vanden Plas Princess 1300, a 48,000-mile Morris Marina, an Opel GT, a Porsche 914 and a Mini Pick-up, while modern classics were well covered too. Indeed, the selection ranged from a 7600-mile Rover 400 right through to performances icons like an Alfa 147 GTA, a Lotus Carlton, a Porsche 911 Carrera 3.2 Cabriolet and a BMW M6. Our Brightwells August 2020 sale highlights are below, but for the full list of results visit www.brightwells.com. 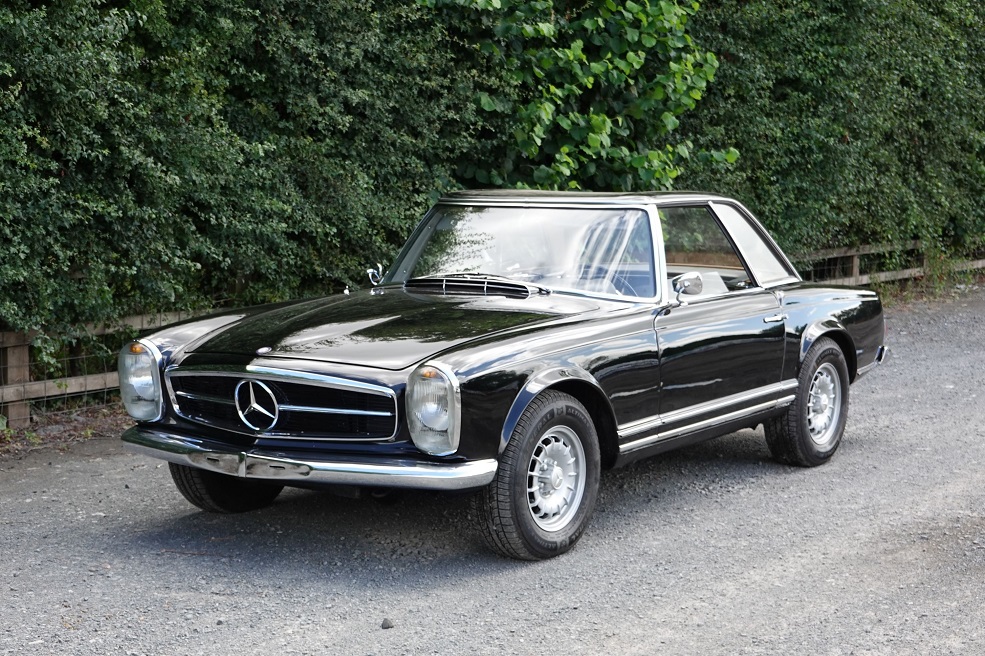 The sale’s highest price was commanded by this 1966 Mercedes-Benz 230SL Pagoda. Imported from America earlier this year, it featured a 280 engine with a Getrag five-speed manual gearbox conversion and air conditioning. The combination of classic looks and modern abilities saw it eclipse its £38,000-£40,000 estimate to sell for £42,560. 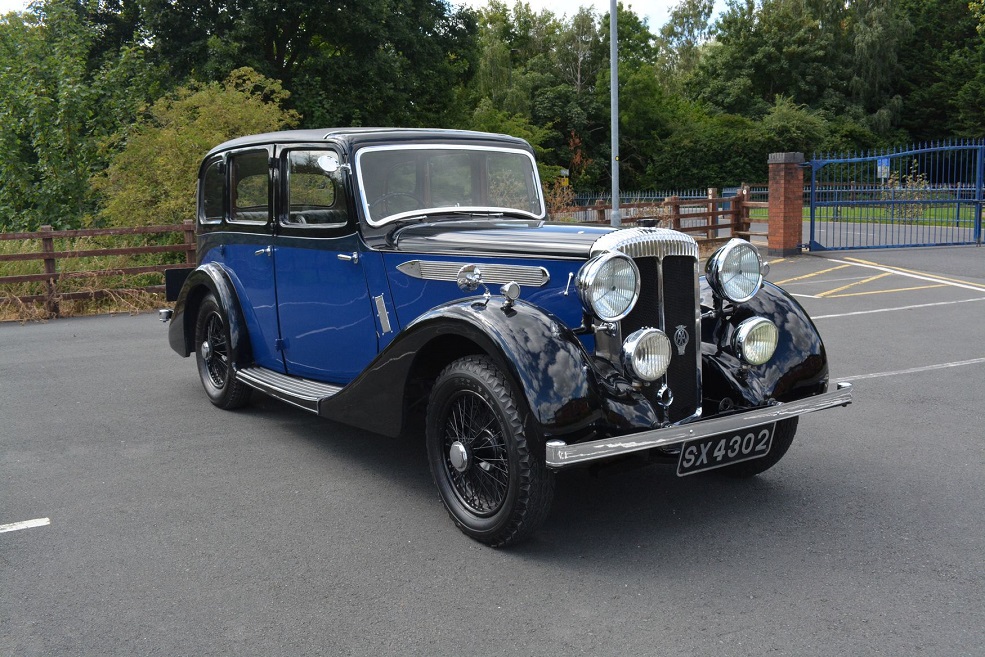 This no-reserve Daimler Light 20 Limousine was one of a wide selection of pre-war entries. Fewer than 1000 were produced, and although this 1936 example didn’t come with much history, it looked to be a fine example. Potential buyers certainly thought so, as it attracted 69 bids on the way to a selling price of £16,128. 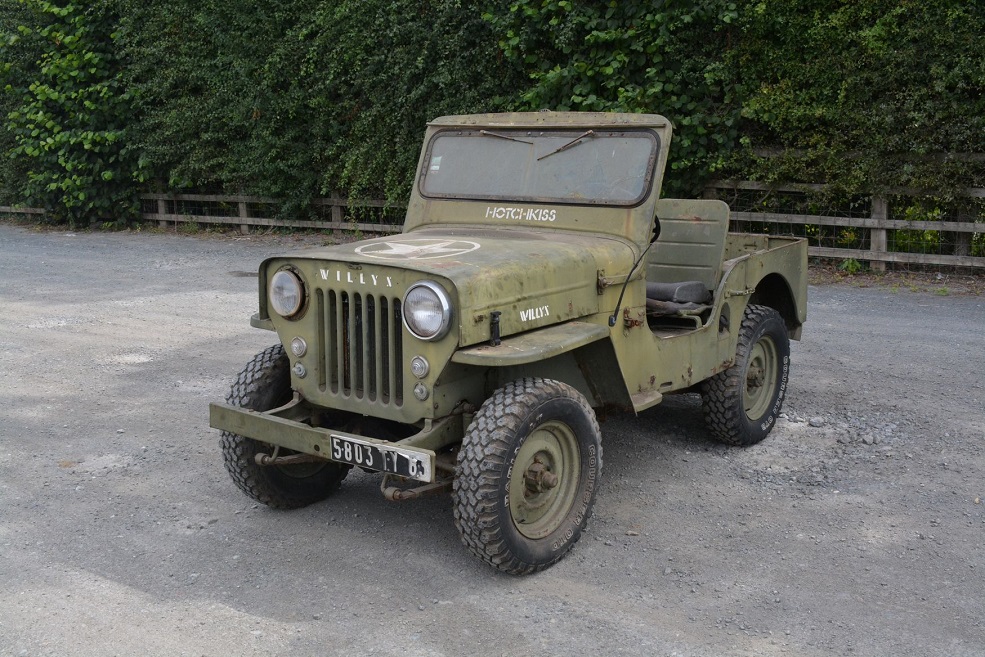 Joining several Land Rovers in the sale was a French-assembled version of the Willys Jeep built for the civilian market, known as the Hotchkiss JH-101. This 1955 example had spent its life on the sunny Côte d’Azur and was still on French plates. Despite needing tidying, it soared past its £5500-£6500 estimate to sell for £9018. 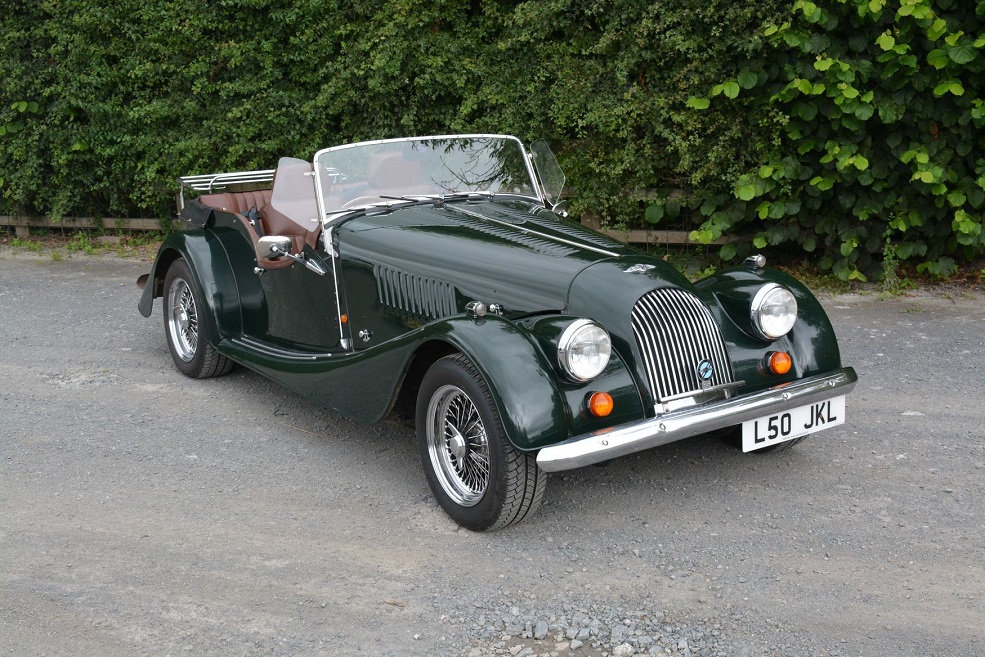 Showing a mere 28,515 miles and looking to be in fine condition, this 1994 Morgan Plus 4 was supplied new with desirable extras such as a galvanized chassis, leather seats with headrests, a walnut dash, a stainless luggage carrier and full weather equipment. At £20,258, it was close to its upper estimate. 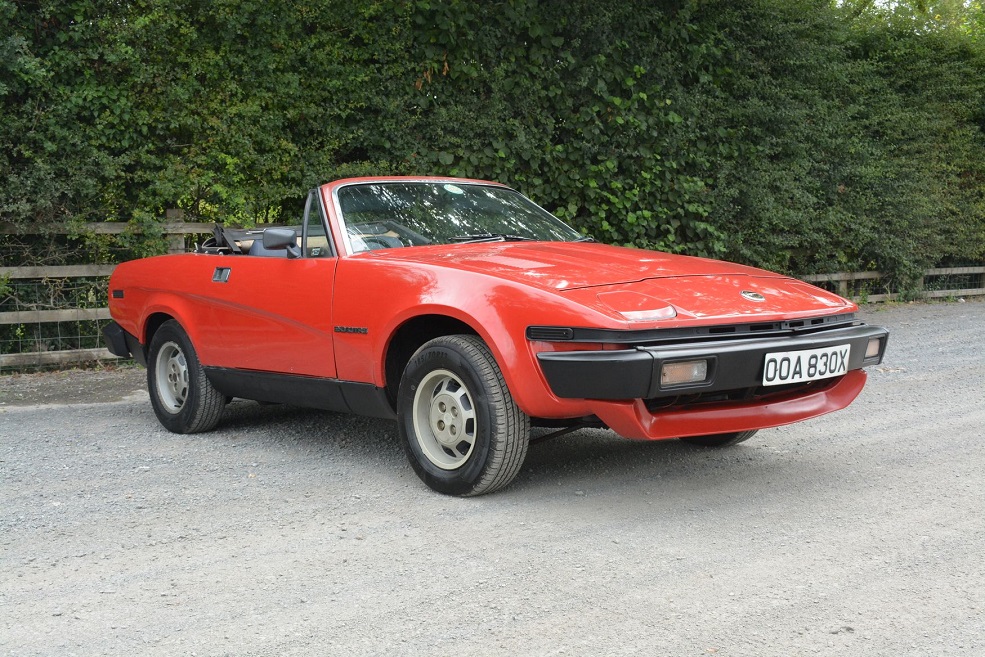 At £3360, this 1982 Triumph TR7 Convertible offered a cheap way into open-top motoring. It was restored in the late ’90s in a somewhat workmanlike fashion and had some paint issues, but was said to be rock solid and came with a fresh MoT. 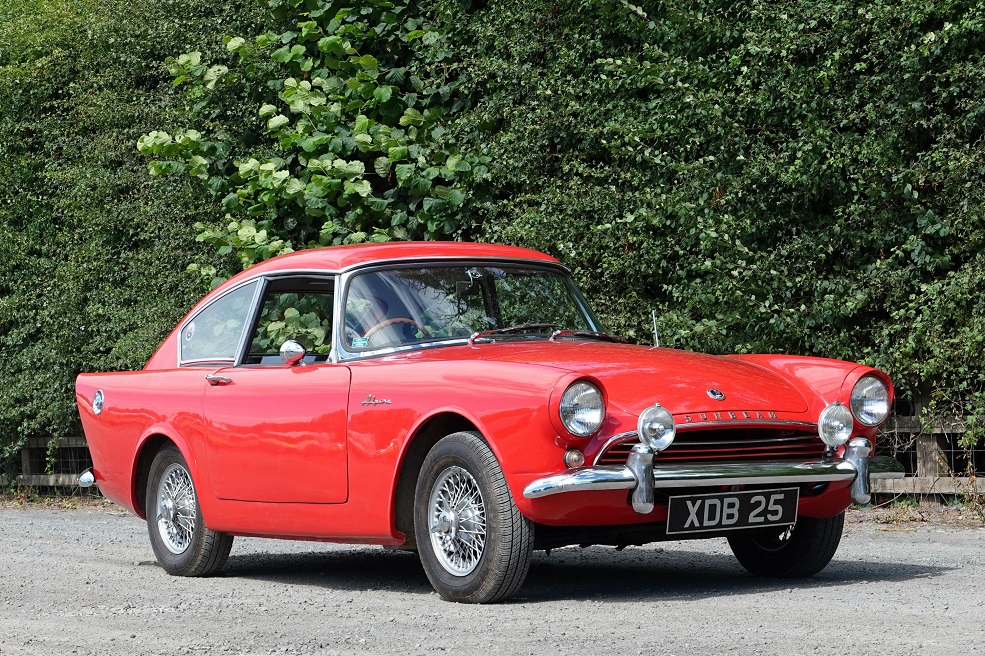 This 1963 Sunbeam Alpine stood as out being a bit special, being a rare coupe version with a fibreglass GT roof created by coachbuilder Thomas Harrington Ltd. Fewer than 400 Harrington Alpines were built, and only around 20 Series C spec like this one, with 12 thought to remain. This was a well-known, matching numbers example, and sold at the top end of its estimate for £19,779. 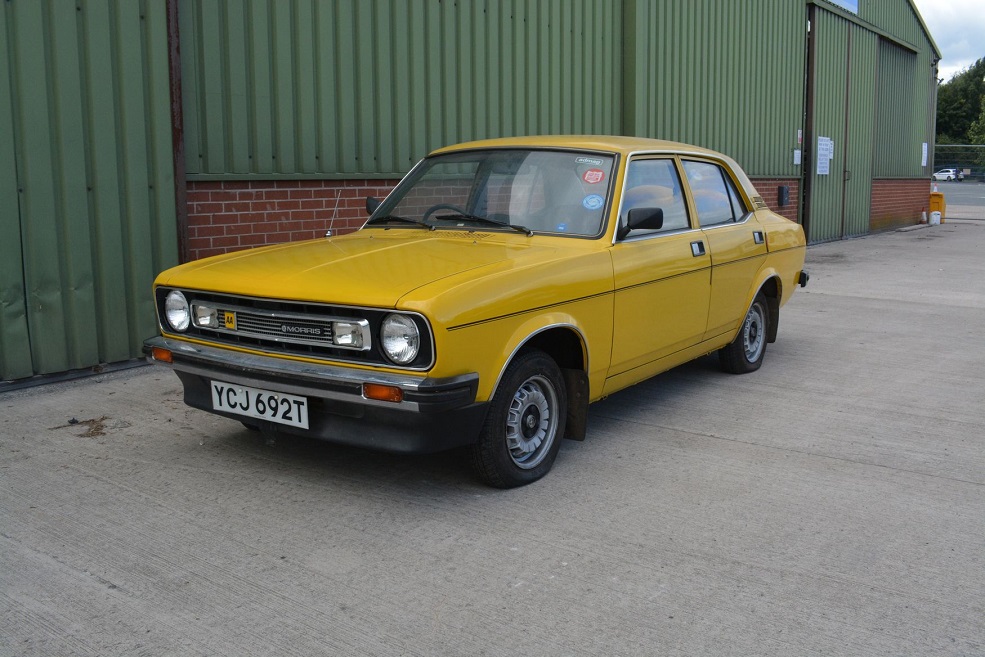 This 1979 Morris Marina 1.3 L proved that any tired jokes should be a thing of past. Owned by a husband and wife from new and always kept garaged, it showed just 48,000 miles and looked to be very sound indeed. It needed a couple of weekends’ recommissioning work, but that couldn’t stop it selling for an impressive £6076. 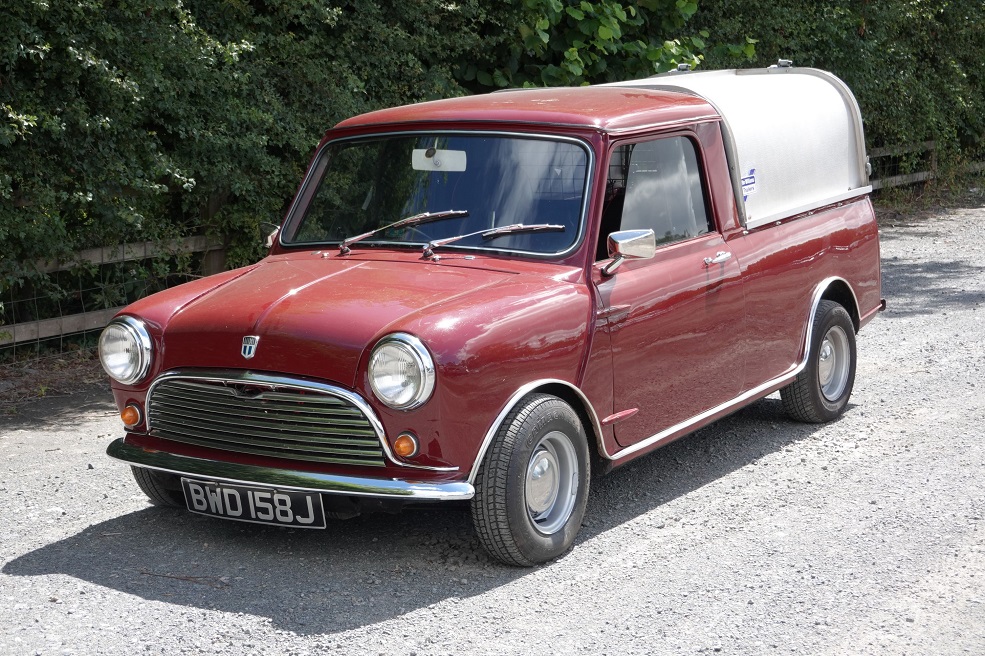 The Mini Pick-up has long been desirable, with this 1971 850 example proving the point. Fitted with a Stage 1 tuning kit, Cooper S disc brakes, reverse rim steel wheels and a sturdy Ifor Williams aluminium hardtop amongst other upgrades, its surpassed its £10,000 upper estimate to sell for £12,205. 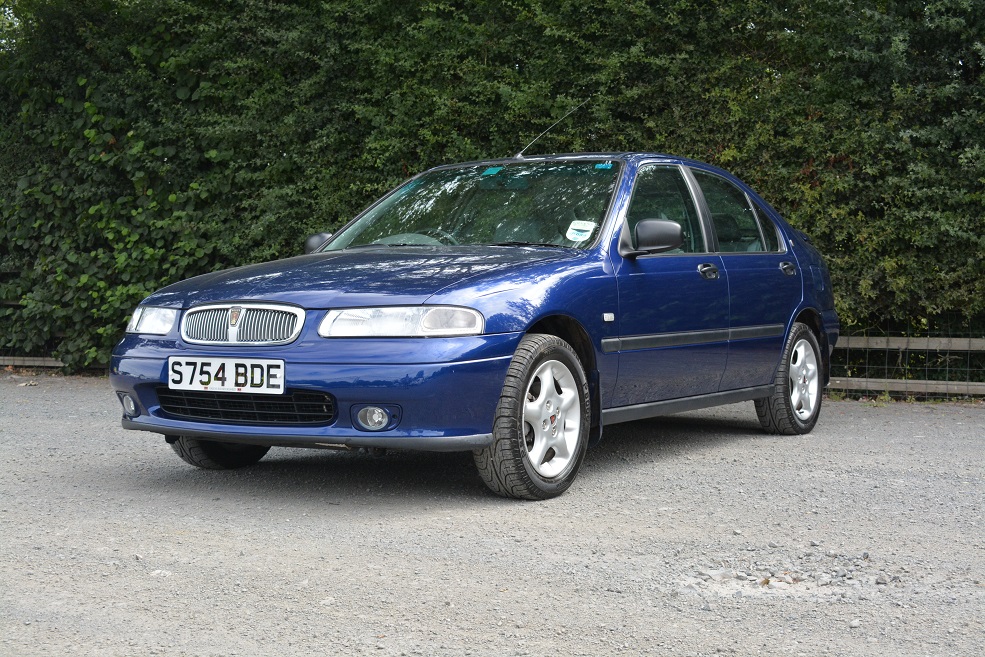 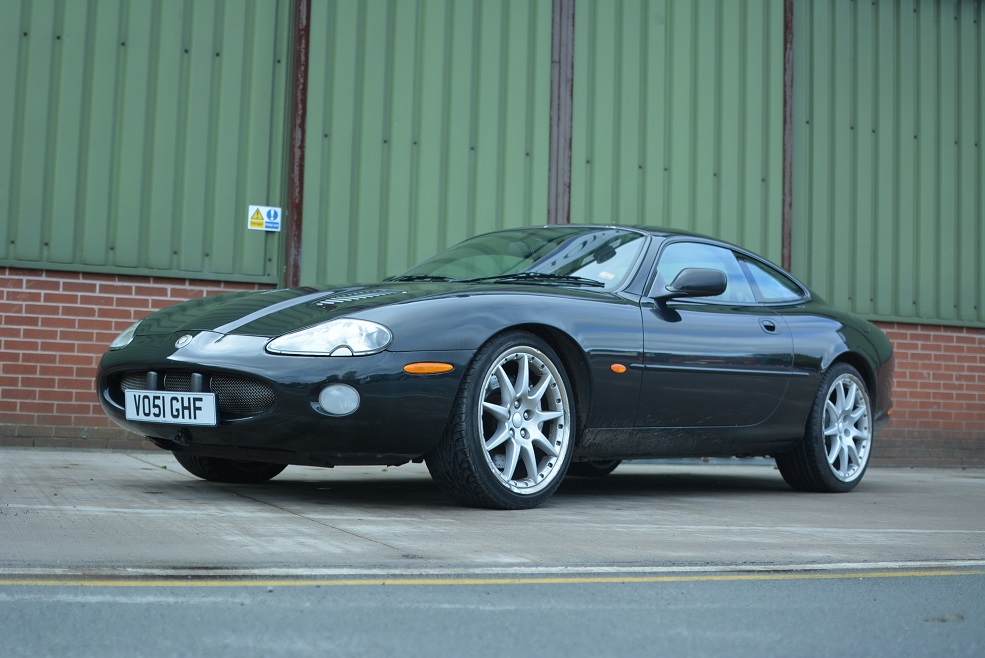 Launched in 2001, The Jaguar XKR 100 was a limited edition of just 500 cars to celebrate the centenary of Jaguar’s founder, Sir William Lyons, and came with desirable features such as sat nav, 20-inch BBS wheels and a Recaro interior. This two-owner example looked a bargain at £5768.