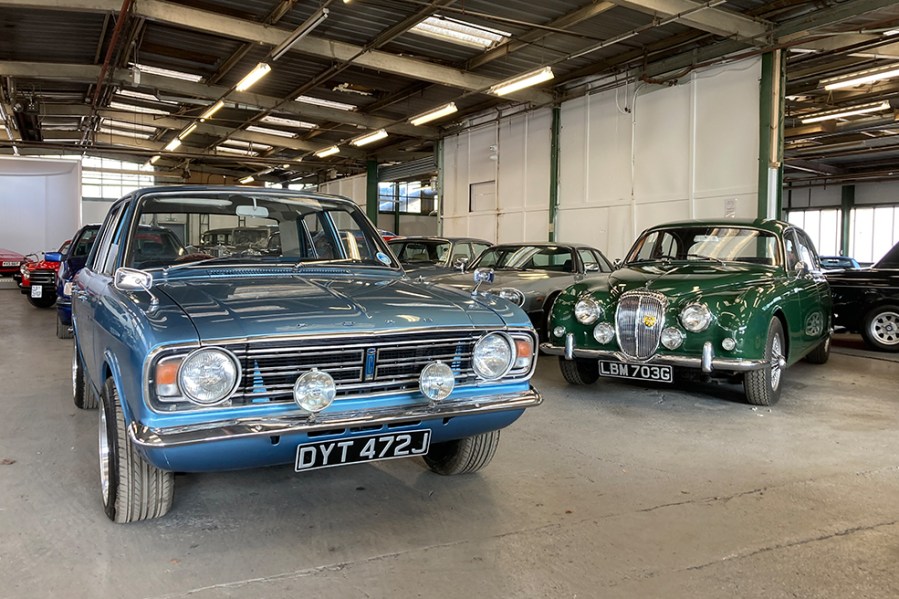 WB & Sons is back with another classic car auction this March 26. We preview some of the lots available.

Just 10 months after the business held its first sale, classic car auctions are now coming thick and fast for WB & Sons. The next takes place on March 26, and as we’ve come to expect from the Newcastle firm, there will be plenty of variety among what should amount to more than 100 entries.

Lotus fans are particularly well catered for, with a stunning 47,000-mile S4 Elan from 1969 set to be joined by its more modern successor, a 1991 M100-generation Elan SE. Our favourite has to be a great example of 1980s excess though – a red-on-red 1982 Esprit Turbo, set to be one of the stars of the sale.

Continuing the Lotus theme is a 1968 Mk2 Ford Cortina. A genuine two-door GT in very attractive monotone black, it hides a 1.6-litre Twin Cam under the bonnet as per the contemporary Cortina Lotus. Perhaps more surprising, however, is a 1937 Rolls-Royce 20/30. Of all the places you expect to find a Toyota Supra engine doing its stuff, this one is surely one of the least likely.

Also from the pre-war era but without modern mechanicals, are a rare Vauxhall DX 14/6 Tourer from 1936, an imposing 1939 Sunbeam Talbot 3L saloon in black and 1932 BSA Three-Wheeler, but taking the accolade for the oldest car in the sale is a Dodge Brothers Business Coupe. The 1927 example looks very smart in blue and is expected to sell for a tantalising £7000-£10,000.

For those looking for a smaller and more useable classic, a couple of Mk4 Fiestas are joined by a late Fiat Uno, while more traditional choices include a 1986 Citroën 2CV and a couple of Morris Minors. You’ll also find at least three classic Minis, including a very smart 1997 Cooper Sport in Volcano – a rare hue of metallic burnt orange.

With other entries including a Fiat Topolino, several Mercedes, a Ford Mondeo ST220 and even a massive Plaxton Trailer, we expect this to be another busy sale.

Head to WB & Sons website to see the full catalogue.