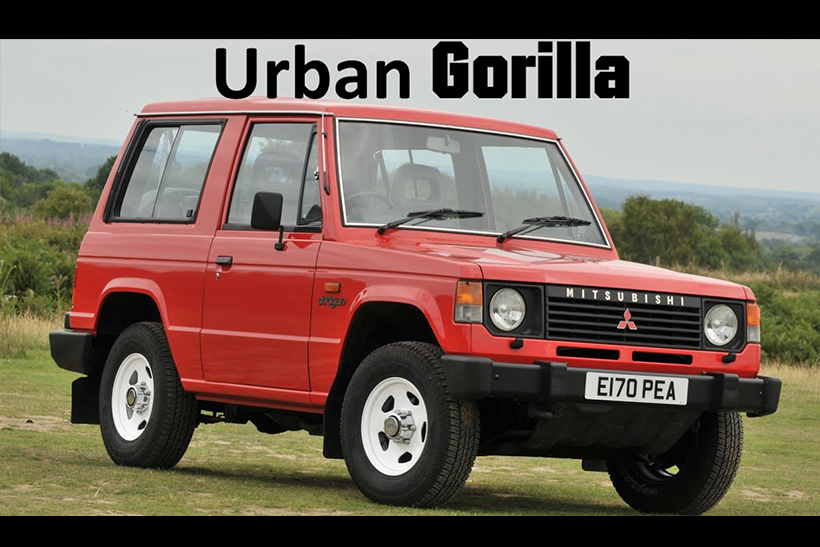 We get behind the wheel of the Mitsubishi Shogun Mk1, the practical family SUV that Paul Wager reckons is the better buy over the Land Rover Discovery.

Launched in 1982, the Mitsubishi Shogun Mk1 entered into the practical SUV market at a time when Land Rover had forced the Range Rover too upmarket and priced some of its customers out. In fact, Mitsubishi’s advertising during the launch pictured the Mk1 Shogun sat between a Series Land Rover and Range Rover with the strapline “At last there’s a middle of the range rover.”, stirring things up, then.

Land Rover reacted to this by introducing the Land Rover Discovery, and in reality, had no choice but to launch the car to compete with the Shogun.

Despite driving similarly to the Discovery, Paul reckons the Mitsubishi Shogun Mk1 rides stiffer thanks to its coil springs, so the ride is noticeably better in the Disco. The Shogun also runs a torsion bar front suspension setup as well as a leaf sprung rear, which also features on a Morris Minor and truth be told, it rather rides like one too, according to Paul.

It is worth noting that the LWB version that arrived in 1983 greatly improved the Mk1 Shogun’s ride thanks to switching to coil springs at the rear which gave it the comfort to rival the Discovery.

Instead of the Buick V8 engine you find in the Discovery, in the Shogun you get a four-cylinder engine but with a mighty 2.6-litre capacity. Despite this, it runs smoothly and hurries the Shogun along nicely.