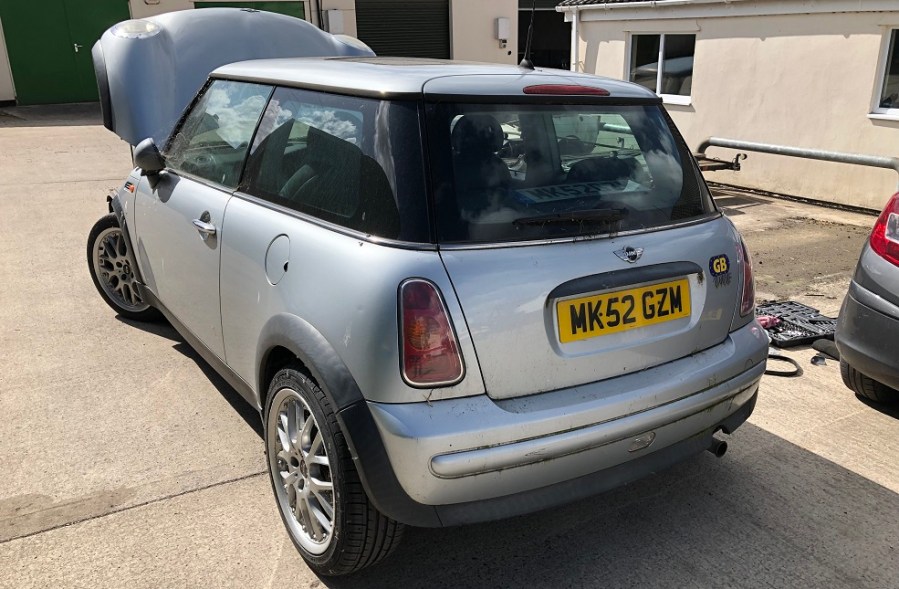 Bought as an experiment to buy the cheapest R50 MINI One on the market in 2017, Jeff attempts to bring about some former glory 18 months on since it last moved.

Unless they’re really early ones, first generation R50 MINIs are probably at the bottom of their value curve at the moment. A lot of them seem to suffer from gearbox or clutch problems, making them seem uneconomical to repair and leading to many being broken for spares. My own example was OK in the transmission department to the best of my knowledge, but having sat for 18 months outside with a seized alternator, it teetered on the brink of its demise.

If it hadn’t been for a bit of extra time during lockdown giving me the impetus, I’d have probably taken the lowball offer from our local scrap man and that would’ve been that. 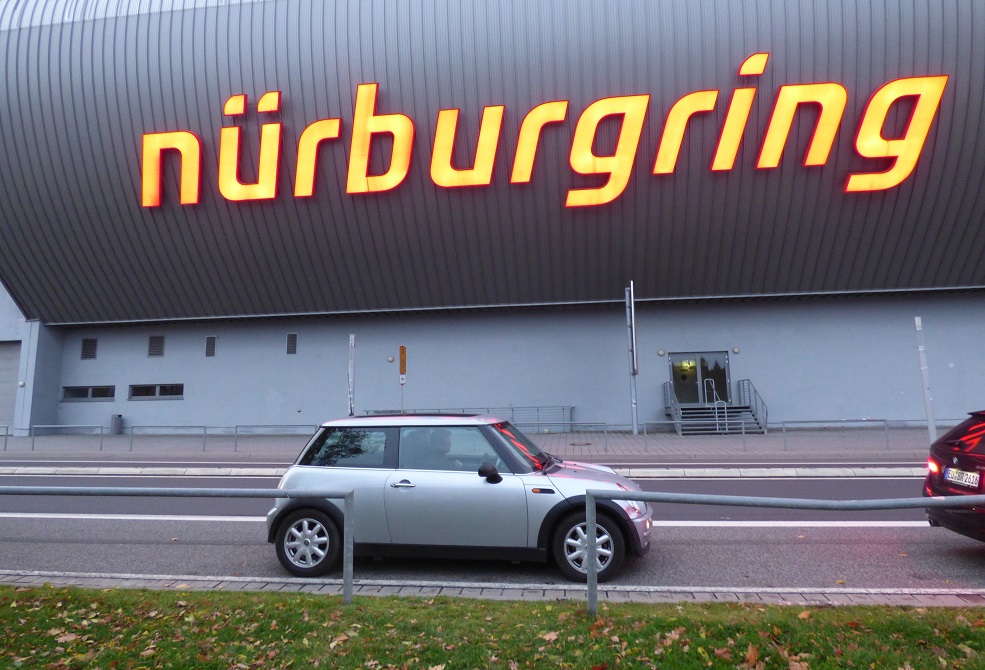 Nevertheless, I decided to attempt a reprieve. While I’m well aware my example is a long way from a bona-fide classic, it does have quite an interesting history. I bought it back in 2017 as an experiment to find the cheapest R50 I could and see what it was like. Eventually I found the very car, a 2002 52-reg MINI One in silver, with a nice panoramic sunroof and a decent-length MoT. The list of negatives was slightly longer however, and included Category D insurance loss status, a driver’s door that wouldn’t open, inoperative locking, a dented bonnet, 10 previous owners and warning lights aplenty. I gambled my £450 and off I went.

After a thorough service and a partially successful trip to the Nürburgring that saw a pal and I arrive unscathed but with the track closed five minutes previously, the car was driven back to the UK, gradually improved and then pitched into daily service. It got a replacement door, an undented bonnet and eventually some smart split-rim BBS wheels shod with new tyres. In that guise it covered more than 30,000 miles as my daily commuter, but then I ended up with a company car, so the MINI got parked up and left to stand. 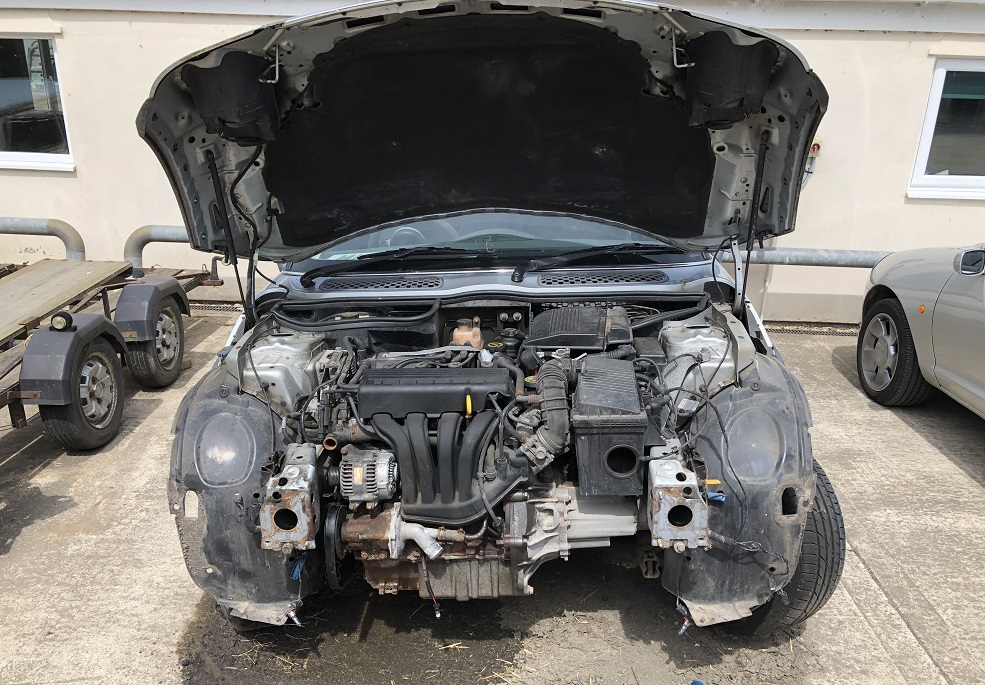 Putting the car into ‘front end service mode’ allowed the seized alternator to be replaced.

The first job was to replace the alternator, which requires removing the front bumper and most of everything behind it to put the car into ‘front end service mode’. I fitted a known good alternator and a new belt for good measure, which was made far easier by the use of the proper tensioner tool.

With the coolant renewed I rebuilt the front end the best I could, though I’ll need some new fixings to replace the original rusty ones to make a proper job. With a new battery hooked up, the car started almost straight away, and as a bonus the alternator now appears to be charging the properly. 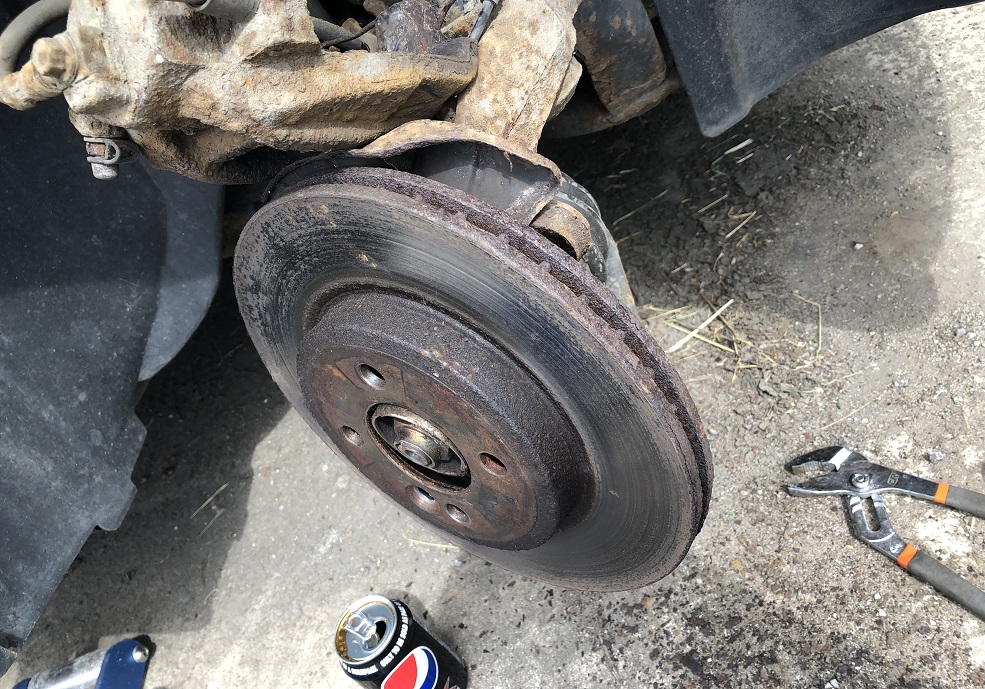 Rusty discs have now been replaced all round.

I didn’t really fancy driving the car with its old and very rusty discs, so I ordered new rear items and pads all round – I already had a pair of front discs in my spares cupboard.

Fitting new discs obviously means removing the wheels, but I wasn’t prepared for what a struggle that would be. The alloy wheels were stuck fast on the hubs, and I mean really stuck. Each required about half an hour or whacking with a giant dead-blow soft hammer to remove them, which just happened to coincide with the hottest day of the year. Who needs a gym when you’ve got a knackered old MINI? 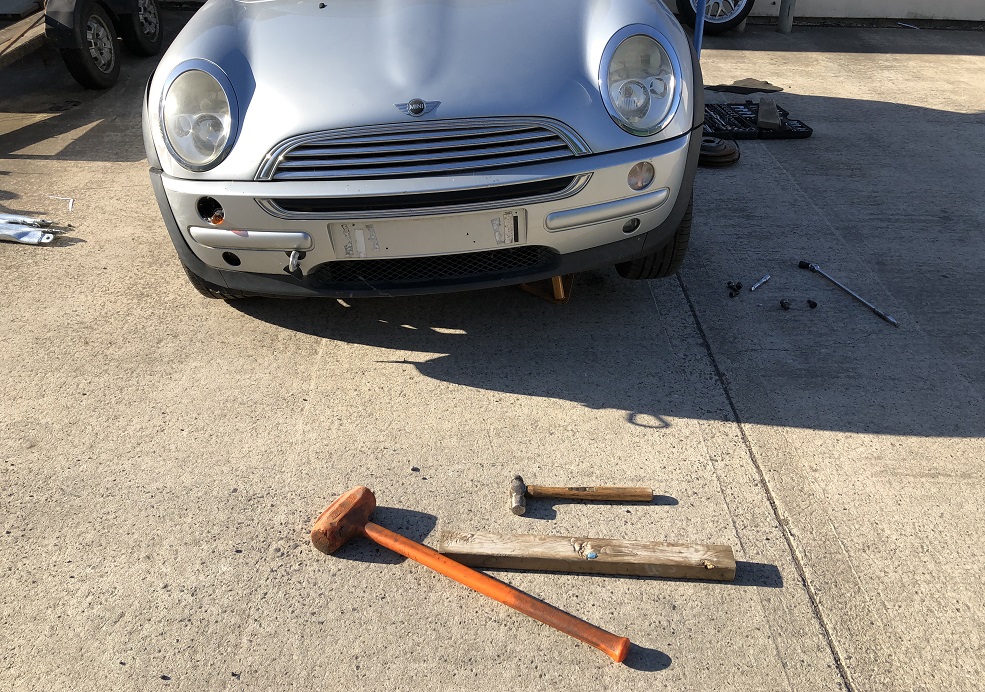 The alloy wheels were stuck on the hubs and needed serious persuasion to be separated.

Anyway, with the wheels finally off, the front discs and pads went OK save for rounded bolts on the caliper carrier, which required some reprofiling to remove. Oh, and then I managed to cross thread one of the threads, so the carrier was also scrap. Fortunately a local breaker had a MINI in, and I could get a good replacement part for a tenner.

The rear was also going well until I noticed one of the calipers had sprung a leak. I’ve now fitted a replacement, but working solo means I can’t bleed them until I can find my one-man bleed kit. Then there’s the small matter of the chipped windscreen, a couple of rusty brake pipes and dodgy locking to sort. Will it be worth it? Probably not, but here’s hoping I’ll be out on the road later this summer, roof open and laughing about the time I nearly sold my trusty old MINI for scrap. At least, that’s what I’m telling myself as it continues to fight me all the way. In fact, I’ve just had a call from the farm where the car is parked to tell me an industrial wheelie bin has hit the car and dented the bonnet. Naturally, it’s in exactly the same place as the bonnet I’d previously replaced… one step forward, two steps back. The moral of the story? Cars need to be used.