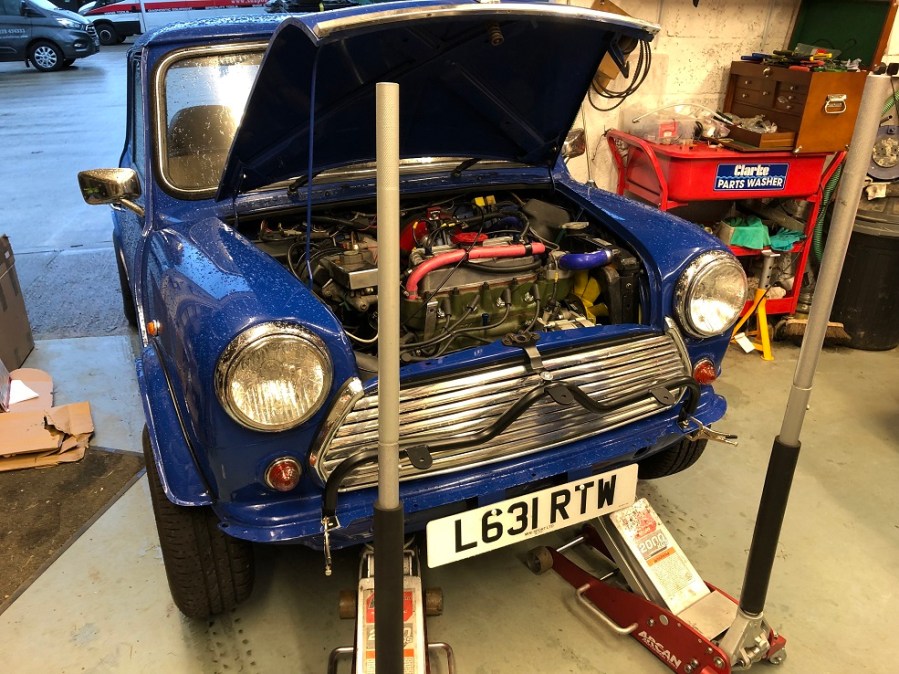 Back in October 2019, I went on a road trip in a 1994 Mini Sprite that hadn’t seen the light of day for three years. Here’s how I prepared his car for a road trip across Europe.

There’s nothing like a deadline to spring you into action, and I certainly had plenty of motivation when it came to getting my 1994 Mini Sprite back on the road. Perhaps foolishly, I’d responded to a plea for a blue Mini to complete a red, white and blue trio for the E-Type Club’s Ultimate Italian Job Tour at the beginning of October. Foolish because the car had sat idle for three years.

For a bit of context, I acquired the Mini as a spares car back in 2006 for the princely sum of £450. I’d bought it on eBay for £502, but the seller felt guilty as it was in such a terrible state and knocked some money off. Fair enough really, as it was rusty on every panel and had been wired up using Sellotape to join the cables.

Anyway, I took pity on it and it ended up getting restored twice – the second time with more than a little assistance from Mini Sport. It also became a bit of a road trip veteran, visiting more than 20 countries. A few years ago, it was fitted with a Specialist Components fuel injection and management set-up, which did a great job of smoothing out the 286 camshaft and made it much more driveable. Not much of the original car remains these days as panels have been replaced and practically everything modified, but I like to think it’s been done tastefully.

Since a trip to the International Mini Meeting in Belgium in 2016, however, the car has taken a back seat as other projects got in the way. I’d also pinched a few bits, such as the rear speakers, alternator and starter motor, and hadn’t replaced them. 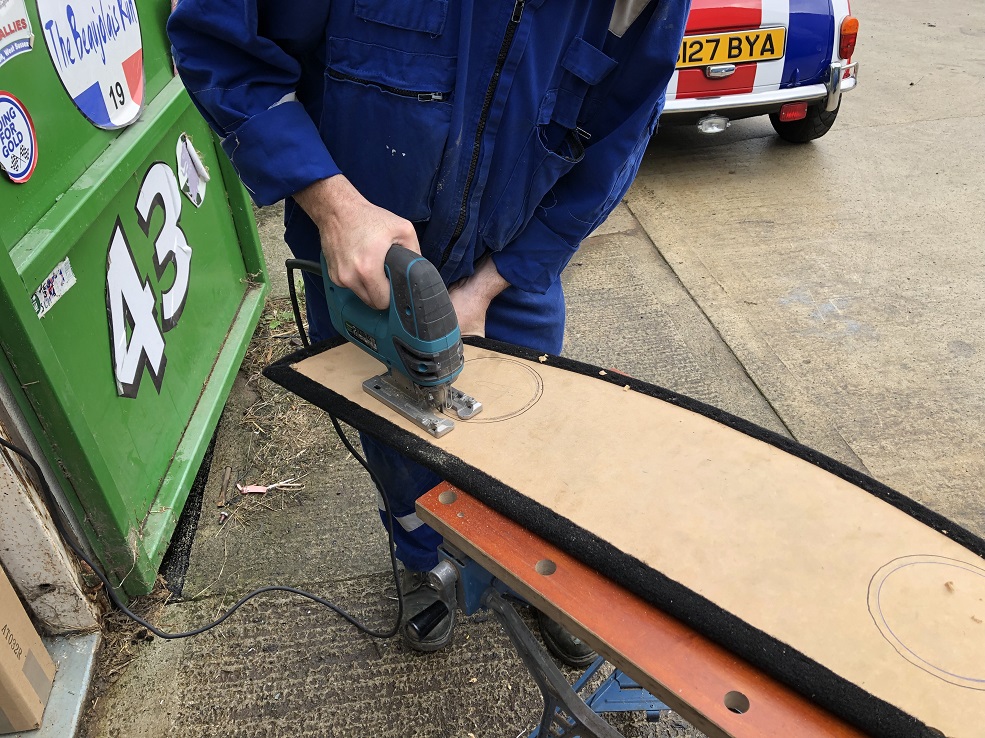 Fitting some speakers was essential for the journey.

Then came the invite, and the need to put everything back together. The alternator and starter were replaced one Saturday afternoon, and with a new battery fitted, the Mini surprised me by starting first time on ancient fuel. My pal Alex Kinsman and I then fashioned a new rear parcel shelf from MDF and fitted some new speakers, before the uncomfortable Japanese-made bucket seats were replaced with a complete half-leather interior from a late Rover Cooper.

The car passed its MoT test with flying colours, but I still had hard work to do. It was never going to be a perfect Italian Job replica being 25 years too new and the wrong shade of blue, but I knew I could get it somewhere near. To this end, an Italian Job light bar was procured from Huddersfield Spares, along with three big Wipac spotlights.

The light bar was well-made and a cinch to fit, and we already had a loom that enabled us to wire up the lamps with ease. Some leather belts were also bought on eBay in order to replicate the bonnet straps on the film cars, although these wouldn’t be fitted until later. With the correct AA-labelled GB badge on the bootlid, we were all set. 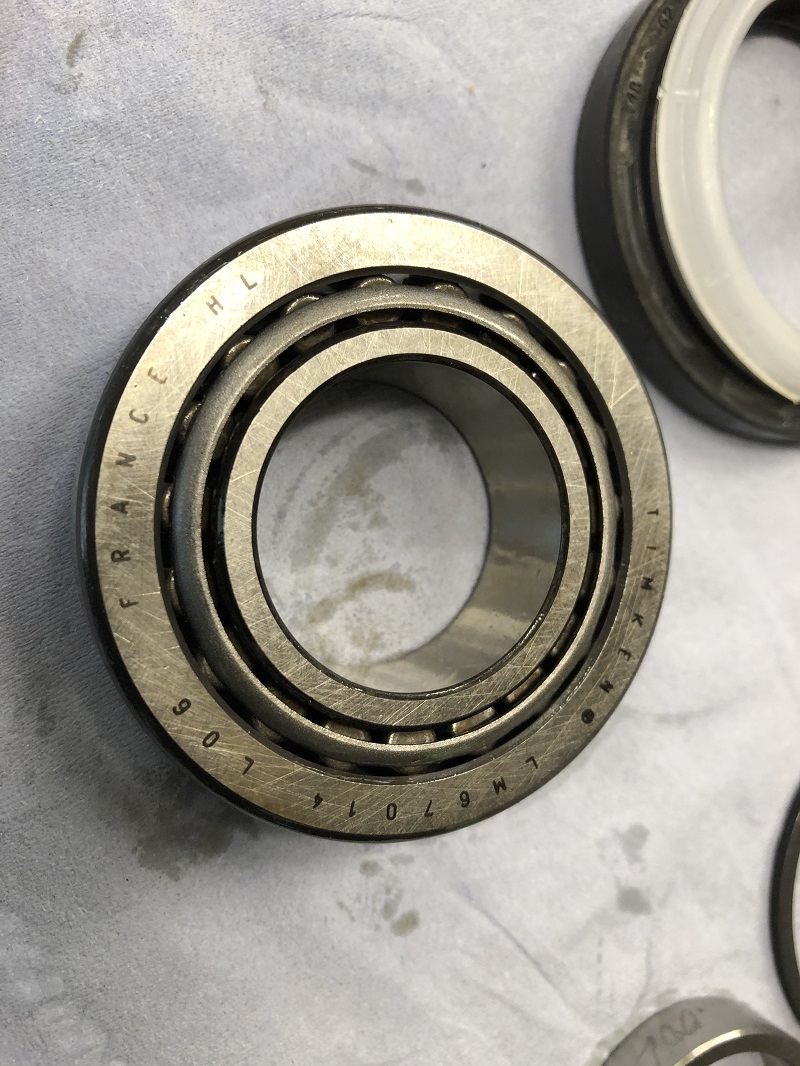 I went for the more expensive Timken bearings to ensure longevity.

Sadly, on one of my shakedown runs, something just didn’t feel quite right. On inspection the track rod end tapers didn’t seem to fit the steering arms correctly (something I’d missed before), and I could feel some play in a wheel bearing that hadn’t showed up during the MoT. The inner pot joint on the nearside didn’t seem all that happy, either. 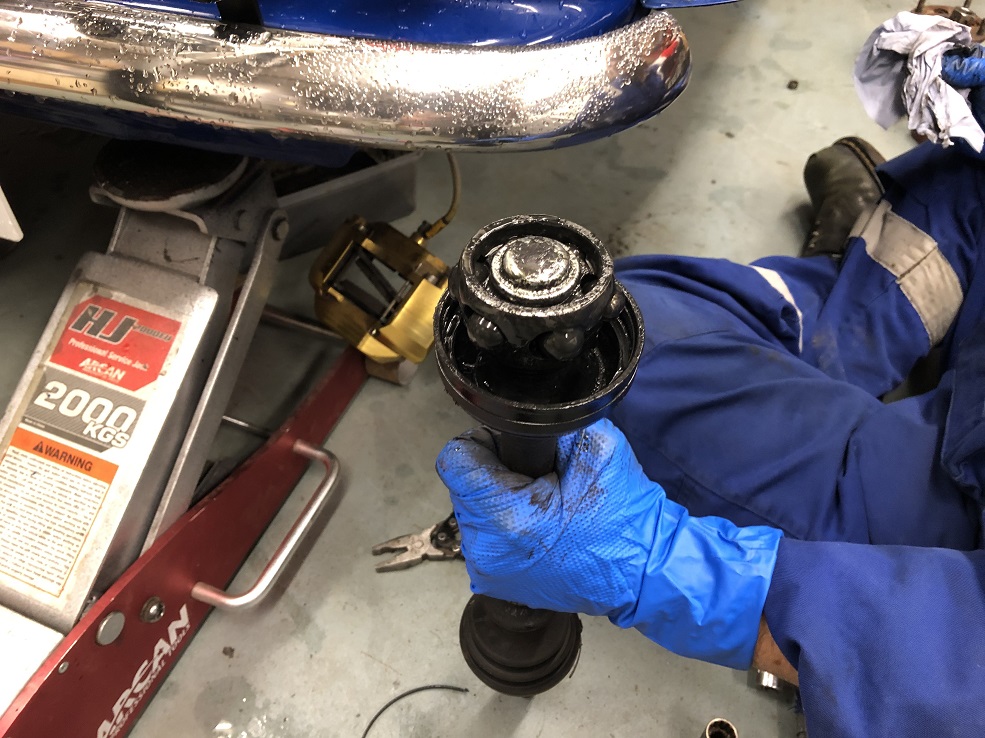 Both pot joints were replaced, as well as the outer CV joints.

Alex and I ended up replacing everything on the nearside – wheel bearing and pot joint, plus the outer CV joint and ball joints for good measure. The idea was to get the car from Somerset to the rolling road up in Norfolk for a final check by Specialist Components the following day. This I managed, despite a road closure leading to an unfamiliar diversion, which then saw me hit an errant sheep carcass and take the front number plate clean off. 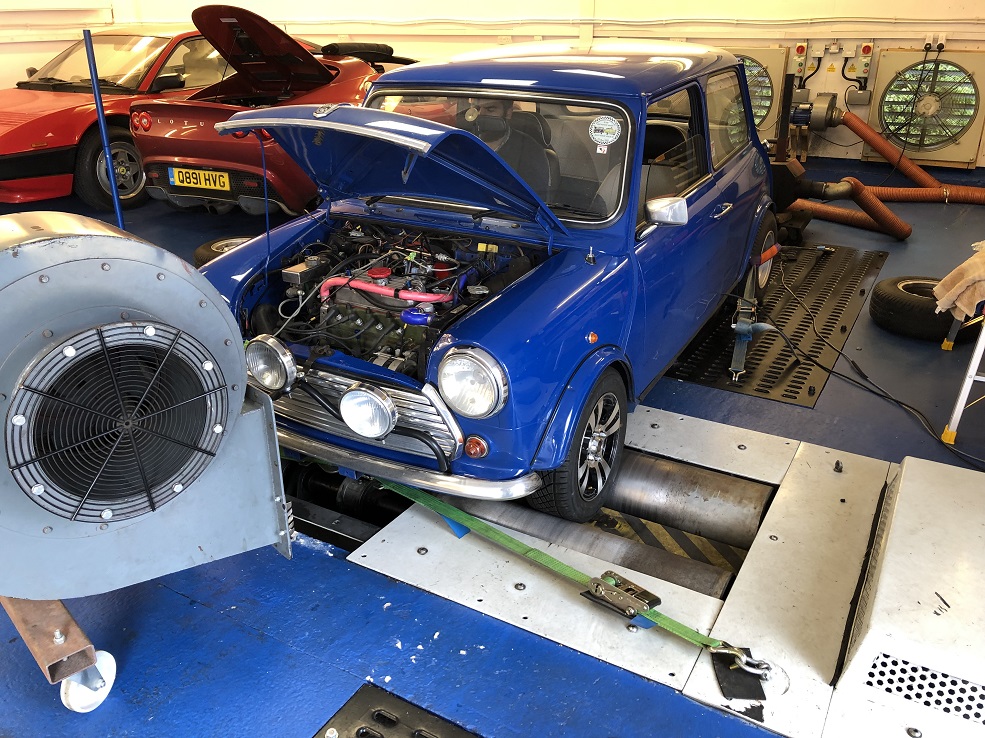 On the rollers for a final engine management check.

The car performed well on the rollers, recording a heady 87bhp. Sadly, the pot joint fitted the night before obviously dislodged an oil seal, as it was pouring out over the floor. Cue a careful drive back to Somerset, sans number plate, followed by almost a whole day spent replacing the pot joint again, and going through the whole process again for the offside. I managed to get the tracking set at 4pm on the Sunday, and headed straight to Dover armed with a boot full of tools and my fingers crossed…

You can read how Jeff got on during that road trip right here!