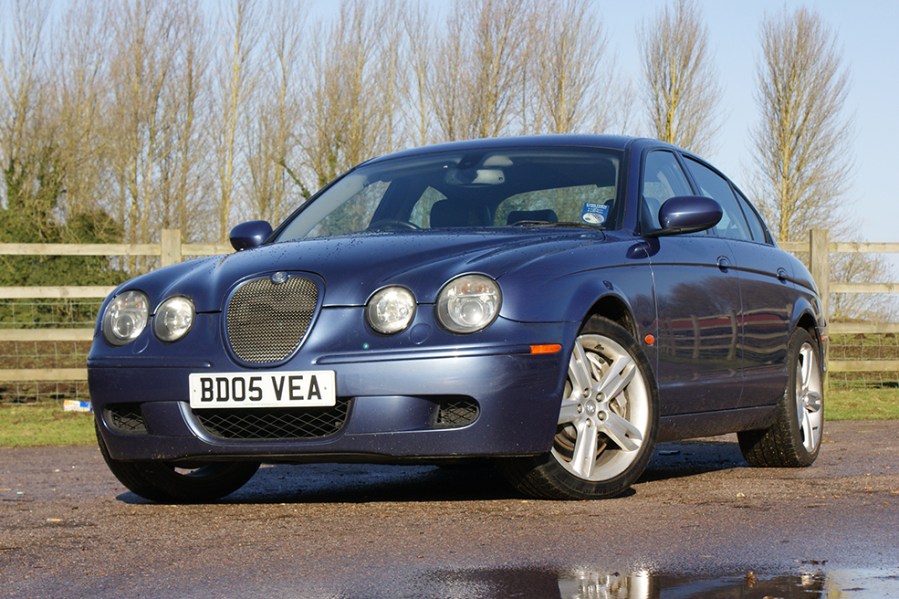 Behind the Mk2-inspired face, the Jaguar S-Type was a very modern car and they last well. We should know, we’ve run four of them!

The ‘X200’ S-Type is one of those ‘Marmite’ cars which really splits opinion. Most of it is down the styling of course, the S-Type having arrived in a period when retro was fashionable and Jaguar’s owners Ford were convinced that the way to distance the brand from its competitors was to recall past glories.

In many ways that was a shame and something which was later rectified by Jaguar’s reinvention of its style under Ian Callum, starting with the XF – which was ironically enough, based on the platform of the S-Type. Under the ’60s curves, the S-type was in fact a state-of-the-art car and sat on a brand new platform designed from the ground up to provide Jaguar with a mid-range BMW 5 Series challenger and Lincoln with a new LS model.

The popular misconception is that Jaguar was simply handed the Lincoln floorpan and told to add some wood and leather, but the reality is rather different. Engineers from Ford were based at Jaguar’s Whitley development centre in Coventry, while Jaguar engineers also went over to Dearborn. The introduction of networked computer systems meant that further collaboration could be continued remotely and the result was that the platform was much more of a collaborative development than many realise.

The differences between the Lincoln and the Jaguar are mainly in the outer skin of the ‘body in white’ but the Jaguar engineers were able to influence the so-called hard points of the design. The result was a lower ‘H point’ (‘hip point’ – a term demoting the height of the front seat cushion), revised crash structure and shorter front overhang. Ford engineers were as keen to access the Jaguar engineers’ ride and handling expertise as the Coventry teams were to utilise the Ford resources.

Back in 1999, the industry journal Design News quoted Jaguar’s then chief programme engineer for the car as explaining that the idea was to develop the high-cost items like crash safety, suspension layout, fuel systems, transmissions and climate control in common to achieve worthwhile cost savings, then endow each model with different ride and handling characters to suit their target markets.

Underneath, the rear suspension was by unequal-length wishbones in Jaguar tradition, but the S-Type abandoned the XJ’s practice of using the driveshaft as the upper link, using instead a cast aluminium wishbone together with a fifth link to control toe angle. The wishbones, differential and anti-roll bar were all mounted on an aluminium subframe in order to insulate noise, vibration and harshness (NVH) from the interior. 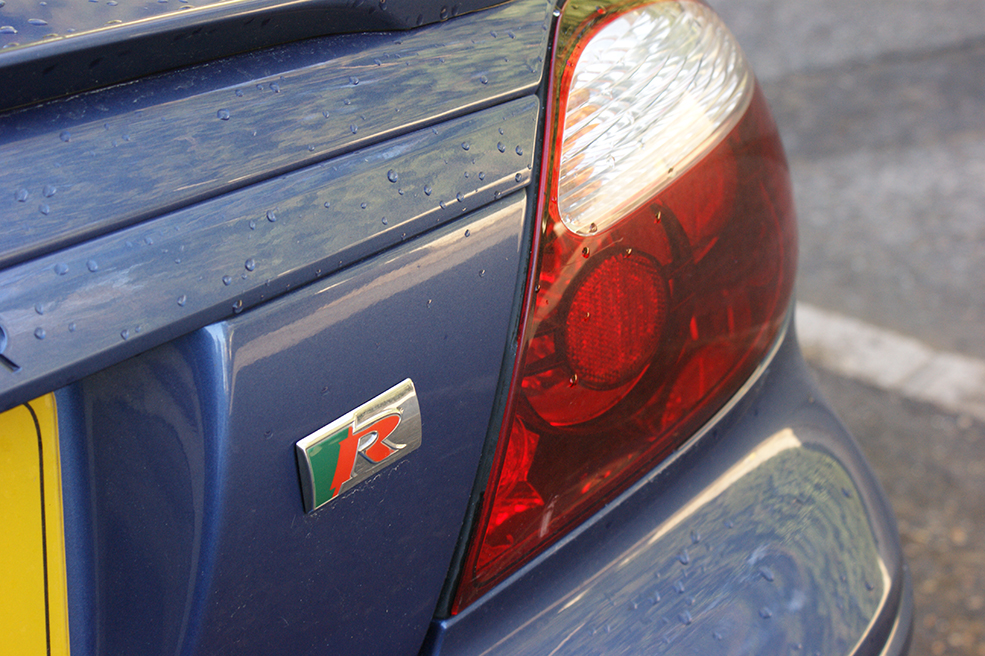 The car’s electrical architecture used multiplexed wiring like its German competitors, reducing the weight and complexity of a traditional wiring loom.

At launch, the S-Type was offered with two powerplants: Jaguar’s AJ-V8 already found in the XK8 and XJ8, plus a 3-litre V6 derived from Ford’s Duratec unit.

The car was launched at the Birmingham International Motor Show in October 1998 and went on sale from March 1999. Just three models were offered: the 3.0 V6 in standard or SE trim and the 4.0 V8.

In December 2000 at the Bologna Motor Show, a Sport trim level was added, offering colour-coded exterior, grey veneer inside, stability control and 18-inch ‘Monaco’ wheels. The Sport was available with either V6 or V8 power, the V8 models featuring the adaptive CATS suspension as standard.

The introduction of the enlarged V8 also coincided with the launch of the S-Type R which belied the retro styling with a formidable 390bhp (later 400bhp) punch which took the fight to BMW’s identically powered M5. In truth the character of the two cars was very different, but the Jaguar was a credible contender and was seen as the better package by many. Praise indeed in the face of BMW’s famed M division.

The new engine line-up coincided with a minor facelift of the original X200 for the 2003 model year, which added a revised dashboard and centre console with electronic parking brake and a redesigned front grille which incorporated the Jaguar badge.

Other mechanical changes included the replacement of the Ford five-speed automatic with a six-speed ZF unit, while the 3.0 V6 engine was uprated to 235bhp and the ignition now used a flip key.

A more extensive facelift under the direction of Ian Callum arrived in April 2004 for the 2005 model year, involving restyled front and rear valances, revised grille, reshaped rear lamps and a reshaped aluminium bonnet without washer jets which were now incorporated into the wipers.

At this point Jaguar finally bowed to the inevitable and added a diesel to the range in the form of the 2.7-litre AJD-V6 unit co-developed with PSA. A smooth and torquey unit, it suited the car very well despite reliability issues which surfaced later on.

The S-Type would be produced in this form until 2007 when it was replaced by the XF but the X200 story wasn’t quite over. That DEW98 platform had proved to be such a success that it was carried over to underpin the new car. It would live on until the XF evolved into its second generation in 2015, at which point it embraced Jaguar’s new aluminium bodyshell strategy. 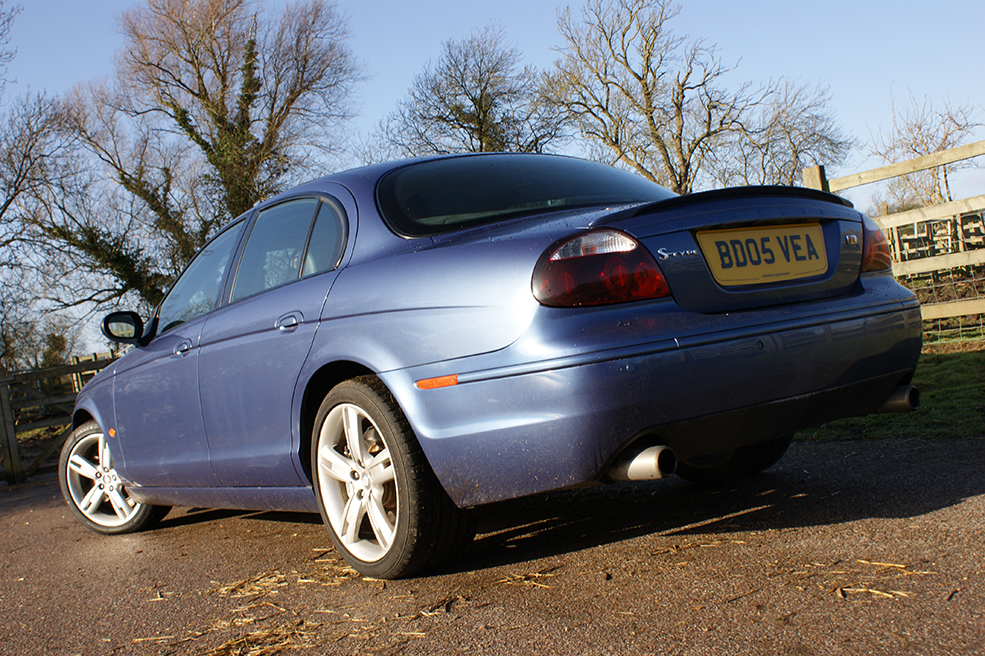 Between staffers’ own cars and the company fleet, we’ve run no less than four S-Types at Kelsey Publishing, covering all different flavours of X200 and all but one has proven to be a very reliable prospect.

First to take the S-Type plunge was editor of our sister title Jaguar World, Paul Walton who ran a 2005 2.7 diesel in Sport spec for a number of years. Paul reports that the car was a great motorway cruiser, eating up the business miles and also towing the family caravan with ease while even without the caravan the car was cofortable enough to sleep in during a Le Mans trip.

Paul admits to being nervous about the PSA diesel’s reputation for reliability but reports that his was trouble-free, with problems in his ownership generally limited to niggly things, one particular annoyance being a wiring fault which rendered the air conditioning inoperative and left him with full heat. It was an easily-fixed wiring fault and Paul only moved the car on when he acquired an XK8 and found himself with more Jaguars than garage space.

Meanwhile, publishing boss Phil Weeden is also a former S-Type owner, having clocked up some hefty mileage in his S-Type R. The 400bhp machine proved such a competent and enjoyable drive that Phil was prepared to overlook the less than useful fuel economy over the course of some 50,000 miles and three years. 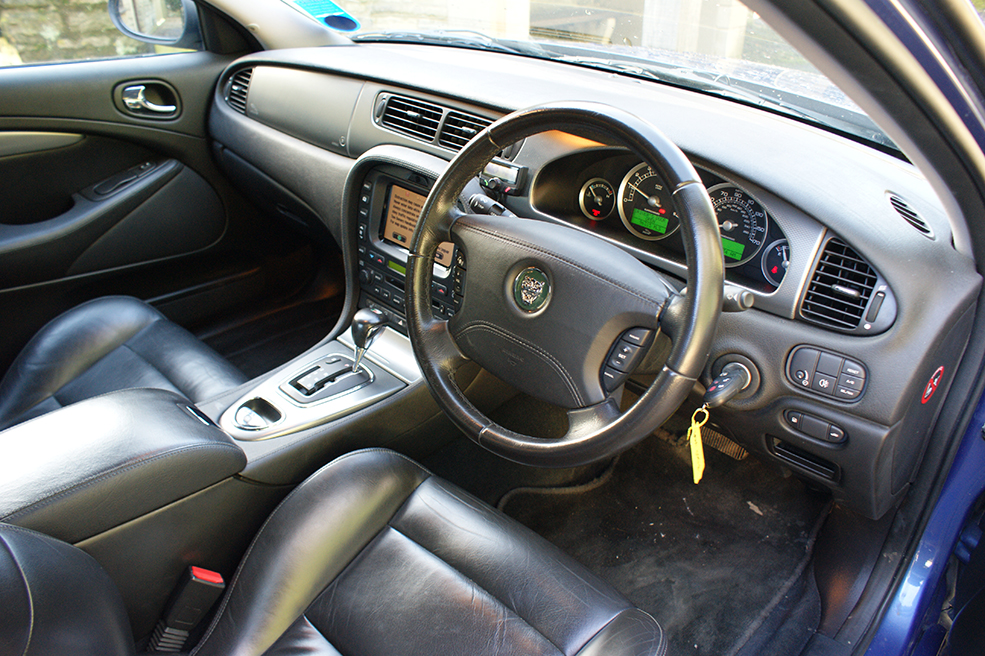 Like Paul, Phil found the car to be very reliable, with the main costs being service consumables and maintenance – which on the R do tend to be somewhat higher, especially if it’s driven in the way it’s intended. Phil recalls replacement of the balljoints was an expensive job but did sharpen up the handling, while coil packs were another cost and are a common issue with the V8 since tricky access to the rear pair means they won’t always have been changed by a previous owner.

One unscheduled repair was a problem with the dual-zone climate control which, again, left the car with full heat coming into the cabin and involved a fair bit of labour to access the heater matrix. Other than that, the car was as reliable as any BMW which is praise indeed.

Possibly the hardest life any car can lead though is as a company pool car, especially when said company publishes motoring magazines and every driver wants to find its limits. Despite that though, our 2.5 V6 manual S-Type shrugged off several years of hard driving – including more than one track day – with nothing more than a squeaking clutch pedal which kept returning no matter how often it was dismantled and greased.

The S-Type’s reputation was only dented by our fourth example, which was acquired for pocket change as a project but which left the premises the same day on a flatbed. The reason? Just seconds after getting it up on a lift, the MoT tester had discovered sills like lace and condemned the car on the spot.

Even then though, we wavered until we saw financial sense and sent it away before spending far more on repairs than it was worth. Funnily enough though, the staffers who took it for test reported how surprised they were to discover the rust, since it drove so well. And there in a nutshell is the appeal of the S-Type: buy a solid one and you’ll find you’ve got a robust, really very modern car.