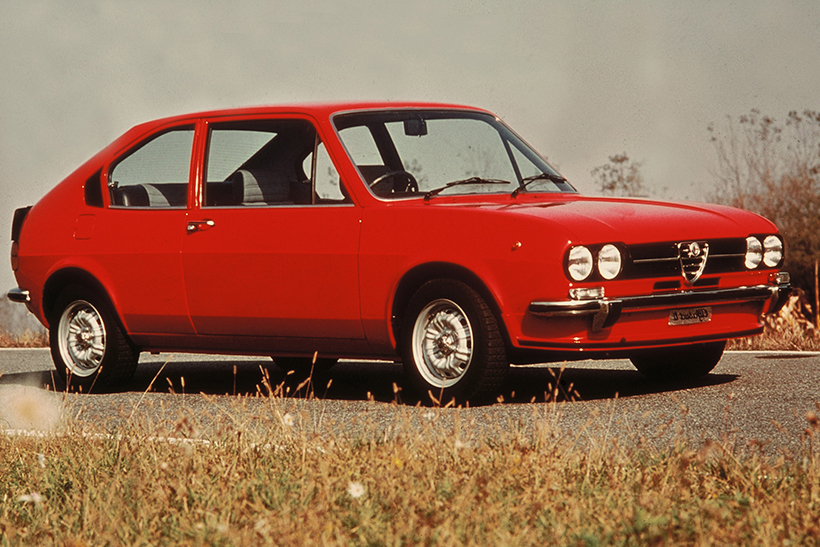 You could consider the Alfasud as a kind of Italian Hillman Imp: a great design pairing sporting appeal with small car practicality but flawed by government interference in manufacturing.

Just as Rootes was forced to build the Imp in Scotland, the Italian government which was a part owner of Alfa Romeo at the time, decided that the new small car could be used to tackle the unemployment issues in the southern half of the country – the name translates as literally Alfa South. Just like the Imp, the lack of a workforce skilled in car making proved ultimately to be just one reason for its downfall, along with the logistical issues posed by manufacturing a car hundreds of miles from the firm’s main centre of operation.

All of which was a shame since the Alfasud was a clever design. The first car to be styled by Giugiaro’s ItalDesign, the Sud used a new boxer engine design which offered sparkling performance and allowed the centre of gravity to be kept low, while strut front suspension and a Watts linkage on the rear beam axle gave it impressive handling too.

Kicking off with an 1186cc engine offering 63 bhp, the Sud was gradually upgraded over the years until the range-topping 1712cc engine was offering 118 bhp in the neat Sprint coupe.

The Sud was once a reasonably strong seller in the UK but its tendency to rot in our climate became legendary and as a result they’ve all but disappeared: in fact even on a recent visit to Naples we didn’t see a single one in daily use.

If you can find a Sud though, it makes an interesting alternative to either a Mini Cooper or a Golf GTi and in some ways is better than both of them.