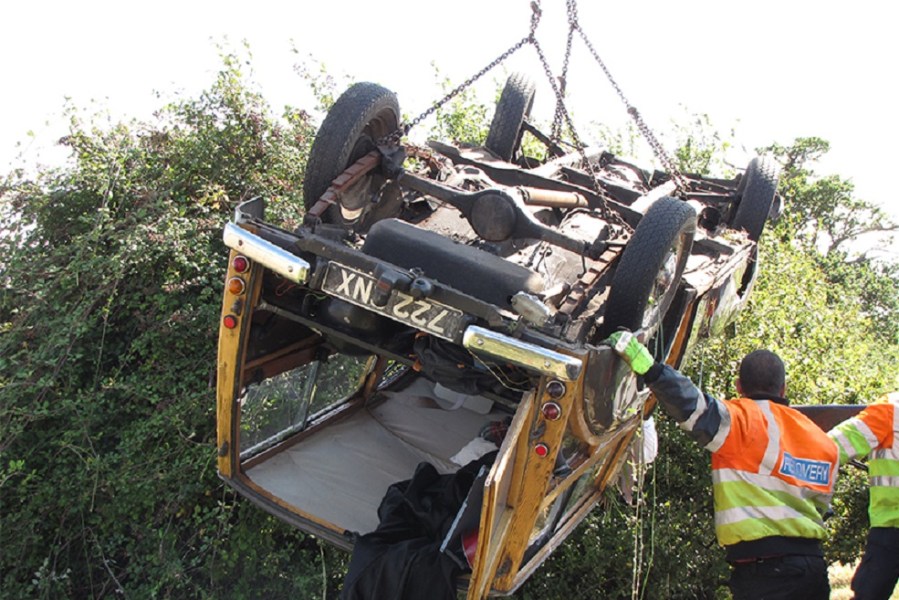 Drivers not wearing seat belts continue to be a problem, with the Department for Transport’s annual casualty statistics revealing that more than a quarter of car occupants killed on the roads of Great Britain last year were not wearing a seat belt.

There were 1784 reported road deaths in 2018, similar to the level seen since 2012, which followed a period of substantial reduction in fatalities from 2006 to 2010. But of the 777 car occupants killed, 26 per cent were found not to be wearing a seat belt – equating to more than 200 deaths.

Detective Superintendent Andy Cox, who investigates fatal and serious road collisions for the Metropolitan Police, said: “The results are shocking. Tests show between 40-50 per cent of those killed would be alive had they worn a seat belt. Road death devastates everybody including family and friends. Please stay safe and always belt-up.”

It is the second consecutive year the figure has been more than a quarter – following the 27 per cent reported in 2017. That was the largest proportion since records started being kept in 2013, and a considerable rise over the 2016 figure of 20 per cent.

Nils Bohlin, an engineer at Volvo, invented the three-point seat belt as long ago as 1959, but, it wasn’t until January 31, 1983 and many years of pressure that a law requiring all drivers and front seat passengers to wear their seat belts came into force. Subsequently, official statistics showed a 25 per cent decrease in driver fatalities and a 29 per cent reduction in fatal injuries among front seat passengers, reinforcing the case for seat belt usage. And yet, some are still willing to take the risk.

According to the Government regulations, cars and light vans constructed after the end of 1964 but prior to 31 March 1987 must be fitted with seat belts for the driver’s seat and outer passenger seat (if fitted), but no belt is required for a central front passenger seat. Cars and light vans constructed after that date must be fitted with belts for each seat – and that includes rear seats.

Owners of pre-1965 classics still have no legal obligation to fit seat belts, though they must be worn if they have been subsequently retro-fitted. The only restriction on these cars originally made without seat belts is that you aren’t allowed to carry any children under three years old in it, and children over three must sit in the back.

We’d like to think classic car owners are more safety-conscious than most, especially without modern features such as air bags, automatic braking and side-impact protection that may make passengers feel less vulnerable. Nevertheless, if your classic doesn’t have seat belts, it’s surely worth fitting them where possible. And if it does, wear them, as it could mean the difference between life and death.