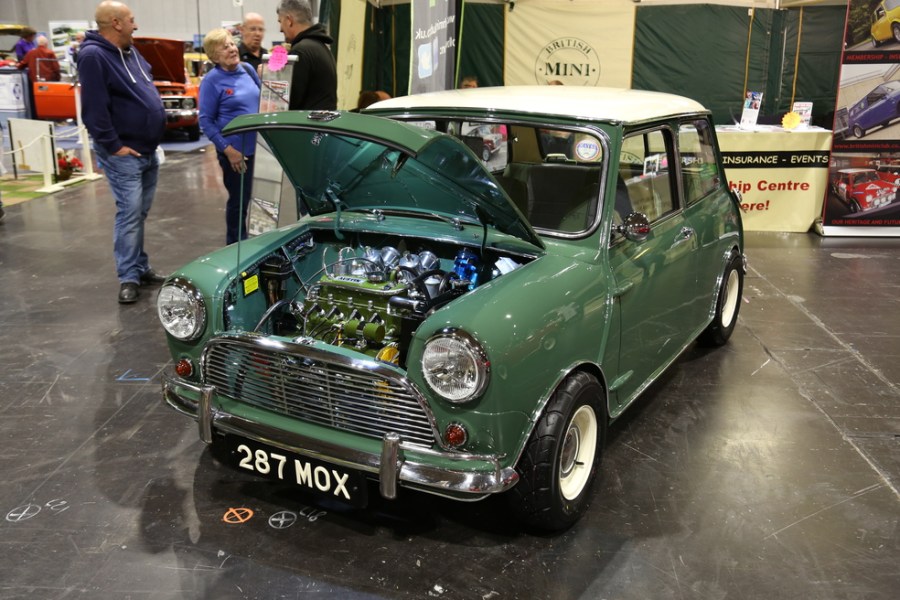 A total of 16 finalists will battle it out in the Meguiar’s Club Showcase at the Classic Motor Show from November 9-11, with a great variety of classics set to be on display.

Amongst the finalists when it comes to German marques is Keith Bates’ BMW M3 E30, the desirable Mercedes-Benz 250SL ‘Pagoda’ of Brian Ellis and Lyndon Creamer’s VolksWorld Best of Show-winning Type 1 Beetle. Meanwhile, the Porsche contingent is represented by Paul Howman’s 911 ‘993’ and the 356 of Ian Ellis, a Super Class Winner at the Stanford Hall VW Show.

A great selection of British classics are guaranteed, with five different marques represented. The Austin Mini of Ian Whitticase and David Fisher’s E-Type Jaguar will certainly draw a crowd, as will Nigel Scutt’s MGLive!-winning MGF and not one but two Ford Capris – the 2.8i Special of Gideon Mayers and the Crayford Capri of Barry Priestman. Rounding off the British contingent is Tom Morley’s amazingly original Austin Allegro, the Austin A35 of Heather Walsh and a fine example of the ever-popular Triumph TR5, owned by Simon Eaton.

No group of finalists would be complete without the world’s best-selling sports, car which this year comes courtesy of Stephen Small’s Mazda MX-5. And to fly the flag for the USA, Barry Craven’s 1958 Chevrolet Impala will be joined by Phil Perry’s show-winning 1934 Ford Pick Up.

The cars will be examined by an expert panel of judges over the course of the show with the winner announced on Sunday afternoon by Wheeler Dealers’ star Mike Brewer.