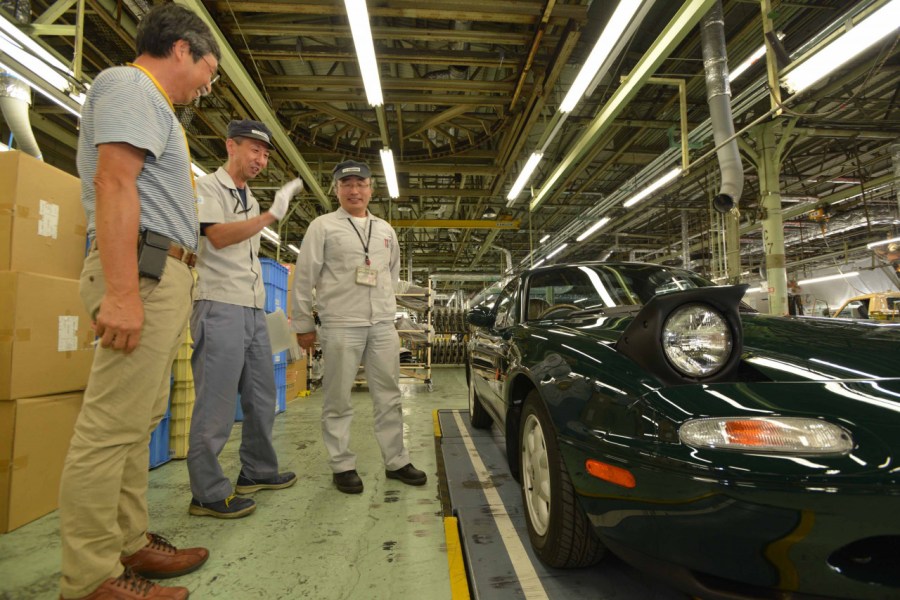 After announcing its in-house restoration programme for first generation MX-5s last year, Mazda has completed its first rebuild on a customer’s car in Japan – a green 1992 example.

Mazda’s decision to carry out restorations in-house matches that of several other carmakers around the world, though it’s among the first to do so on a relatively humble vehicle. With the model set to celebrate its 30th birthday next year, the first-generation MX-5 has very much achieved classic status.

The first car to go through this process belongs to Yoshitsugu Nishimoto and his wife Masami, who bought the car in 1992. After retirement, Yoshitsugu wanted to spend more time with his car, but it was in need of some attention; it was subsequently chosen from over 40 applicants.

The restoration took place at the Mazda’s Engineering and Technology Centre in Hiroshima, next to its main headquarters. It took two months from start to finish, with the car and its engine stripped to the last nut and bolt. The owner now hopes he can enjoy the car for another 25 years.

Mazda and its suppliers have also committed to reproducing and re-supplying several previously-discontinued parts for the cars, including vinyl soft tops, Nardi steering wheels and gearknobs, and the original Bridgestone SF325 tyres. Sadly, the restoration service is currently only available in Japan, whether a similar service will be offered in other areas is as-yet unclear.