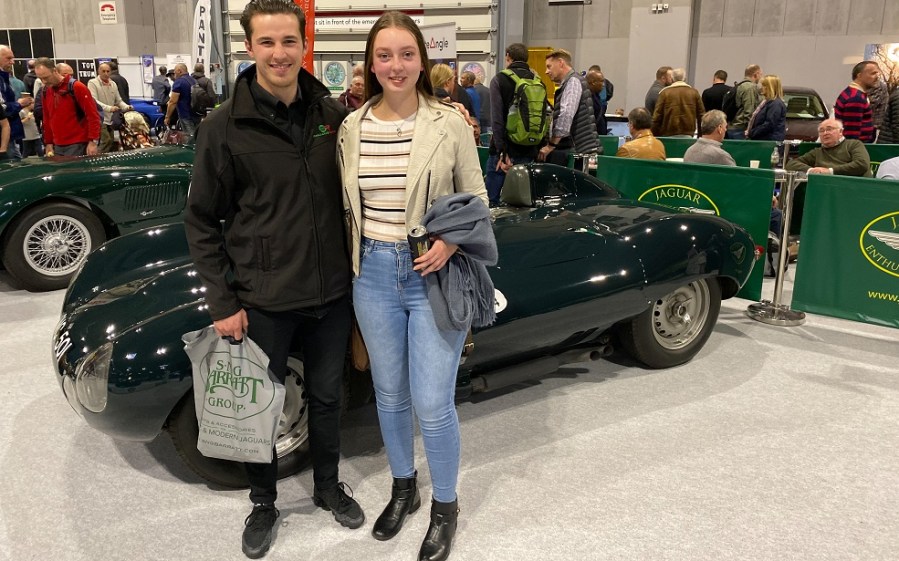 The Jaguar Enthusiasts’ Club has launched an exciting new initiative to help secure its future. Amidst its tribute display of cars from Jaguar’s past at the recent Lancaster Insurance NEC Classic Motor Show, Tom Robinson and Scarlett Orr kicked off the JEC Young Members’ Group for the club.

Tom, 26, is known to many for his racing exploits in his XJ6 in the JEC race championship and for his work at Swallows Jaguar, while 18-year-old Scarlett Orr is in her first year at the University of Southampton studying Aeronautics and Astronautics. After a meeting with Wayne Scott, who founded the first classic car club youth group for the TR Register over 10 years ago, they then met with the members from many other young members’ groups. These included the MG Car Club Young Members’ Branch, the Morris Minor Owners’ Club Young Members’ Register, the Sprite and Midget Club and of course the TR Register’s Youth Group – all of whom had their own club stand displays within a dedicated ‘Youth Area’ in Hall 3 at the NEC Classic Motor Show.

The timing was perfect, because during the Saturday night award ceremony at the show, young members from the TR Register, MMOC and MGCC jointly received the award for ‘Best Car Club Event’ for their TyreFest weekend. The event took place for the first time in July of this year and saw all the young members’ groups from various classic car clubs collaborate to create an event of their own. 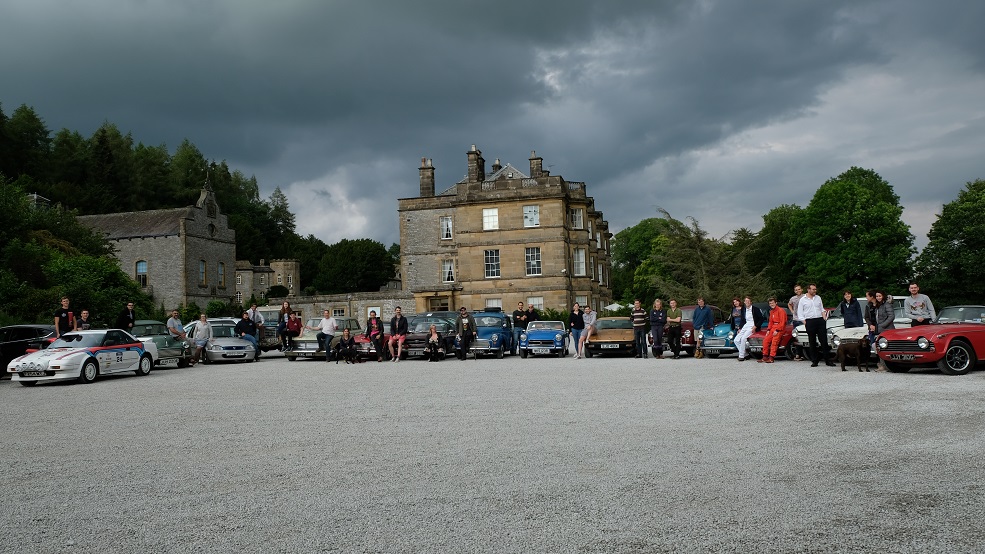 The JEC Young Members hope to join in with the award-winning TyreFest event next year.

Though in its very early stages, the JEC Young Members’ Group aims to give young fans of Jaguar within the club the chance to join forces, whether they own a Jaguar or simply aspire to one. The group’s first aim is to have a presence at the 2020 TyreFest Weekend and ultimately its own club display for the JEC within the young members’ area at the NEC Classic Motor Show in November next year.

Tom Robinson said: “We are lucky to have quite a few relatively affordable models that young people are already fans of, cars like the XJ40 and X300s have a cult following and are pretty practical and reliable classics to use regularly as well. It will be great to see all the younger fans of Jaguar, and there are plenty about, coming together to enjoy the cars at events with the Jaguar Enthusiasts’ Club Young Members. It’s pretty informal and you don’t even need to own a Jaguar yet – just be up for fun and interested on the cars.”

Thanks to making those early connections with the other car club’s more established youth groups, it is hoped that there will be plenty of support and inspiration on hand to give the JEC young members a head start. Others are also encouraged to spread the word – get involved via the group’s Facebook page at: www.facebook.com/jecyoungmembers.