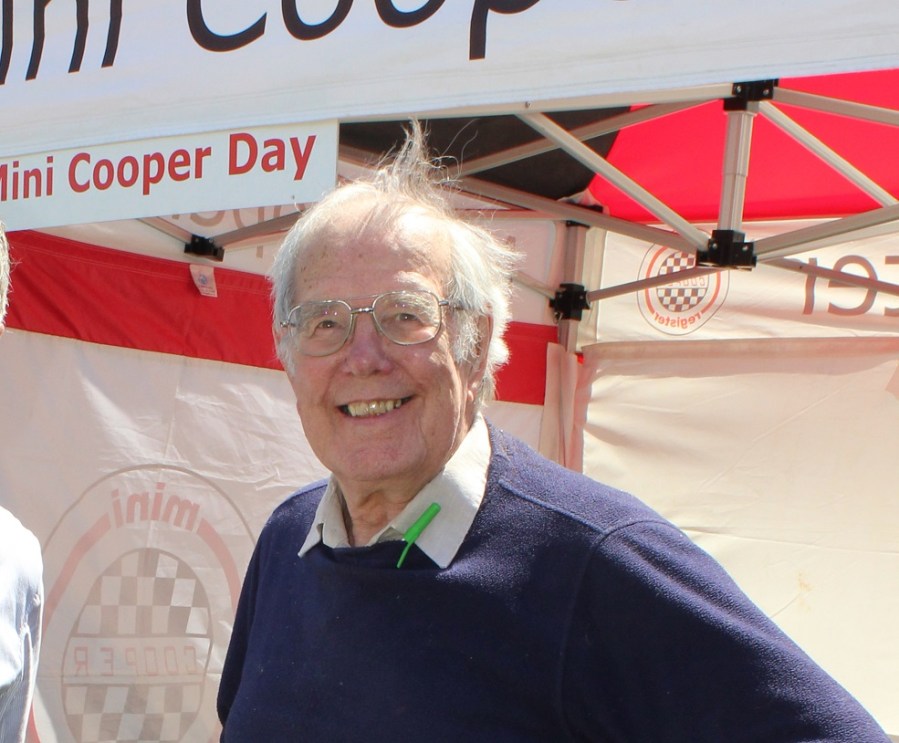 The motoring world has lost one of its prolific writers with the news that Graham Robson sadly passed away aged 85 on August 5. During his career he wrote some 170 books, along with countless newspaper and magazine features, becoming widely regarded as an expert voice on a wide range of classic car and rallying subjects.

To readers of many Kelsey Media titles, he was an institution. He was a regular contributor to Mini Magazine, Fast Ford and Classic Ford, becoming the latter’s longest-serving contributor. And because of his wide motoring knowledge, Graham Robson was regularly called on to be a commentator for national club events, such as the Mini Cooper Day at Beaulieu. It also helped him become honorary president of the TR Register, vice president of Club Triumph and honorary life member of several other clubs.

Born in Yorkshire in 1936, Graham studied engineering at Oxford, and while there, started navigating on club rallies. After university, Graham worked at Jaguar in Coventry as a graduate trainee and then a chassis design engineer.

Thanks to the very active Godiva Car Club, the co-driving became serious, with Graham competing in rallies all over the UK. In 1962, he became competition secretary at Standard-Triumph, and then in 1965 joined Autocar magazine. The same year saw his Ford association take off, as he teamed up with Roger Clark to win the Welsh International rally in a Works Lotus Cortina.

Graham stayed with Autocar for four years before going back into the motor industry, working for Chrysler in Coventry, all the while carrying on his motorsport writing career in his spare time. Then in 1972 he took the jump and became a full-time freelancer.

He ghost wrote Roger Clark’s autobiography, Sideways To Victory, and from then on was a Boreham regular, writing The Works Escorts among many other books. From the late ’70s-onwards, Graham became the go-to man for organising motorsport promotional events and tours, organising the Escort 1300 Rally Championship and the Fabergé Fiesta Ladies’ Championship, which discovered Louise Aitken-Walker.

In the ’80s, Graham was actively involved in the birth of the RS200 before setting up the Securicor Sierra Rally Challenge in 1986, followed by running RS Motorsport dealer evenings. It was around this time that his prolific book writing career really took off, and with the cars he first wrote about when new now regarded as classics, he began writing for classic car magazines too.

Graham was still writing right up until his passing, as well as commentating at events, and until recently travelled up to Ford once a week from his home in Dorset. All at CCB send their condolences to his family and friends.